What does it mean to be a human being? What is our longing to be homo sapiens on this planet? What about our human condition makes it’s so vital to possess the full essence of being a human being? Everyone has thoughts on this and I can assure you this list won’t answer those questions. Probably won’t come close.

Yet every now and again, a film comes along that faces these very questions. They explore themes around the essence of being a human being. The longing of what it actually means to be a human being, internally or from an outside perspective. It happens in relation to themselves, society, and evolution, they show stories and characters that are so deep in their quest to understand a little bit about the human race. And in doing so, show what we as human beings are, for better or worse.

Some films do this through technology, through animals, and through the simple or dramatic actions of human beings. Regardless on the question of ‘How?’ – they explore the longing, meaning, and essential essence of what it means to be a human being. 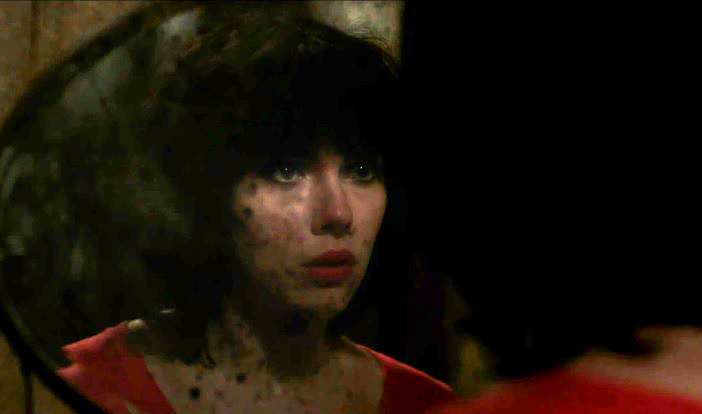 A haunting, memorizing film that explores the human race from an alien’s perspective, of course, disguised as a human. Scarlett Johansson plays a woman who seduces men in Glasgow into a black hole of sorts.

The ‘what’ is important because from the Kubrickian opening due to director Jonathan Glazer’s framing in company with Mica Levi’s unearthly score, we don’t really know why this naked woman is assuming the identity of another. Yet as the film progress, we see Johansson as The Woman learn what sexuality means to ‘men’, the longing of people, and the mundane events of human life.

As she continues to lure men into her car, filmed with real people and hidden cameras, to eventually lead them to their demise, she slowly starts to see what the ‘male’ perspective of sexuality, longing, and sex comes to be. It’s only after she meets a man with deformities, a real person to mention as well, she sees a sensitivity and fragility to the human male side, what she thought was a one narrowed sighted mind. This leads to little moments in the film such as subtle example of her eating actual food in which she can’t keep down.

Whether she sees the entrapment of people in their situations due to longing to the female form, her ending, or beginning, in the woods shows an understanding of the human being. After a brutal attempted rape attack and a motif of mirror reflection, she begins to slightly understand the human being and better part of herself. What those details are, in a film full of questions and hardly any answers, we are only left to come up with an explanation ourselves on what she discovered about the nature of humans.

Going back one year with the voice of Scarlett Johansson, comes a love story with only one physical human being involved. Spike Jonze created a film in the not too distant future where operating systems function with the intellect and compassion as a real person. After a recent breakup and current depression, Joaquin Phoenix’s Theodore Twombly embarks on a relationship with his everyday operating system, Samantha, voiced by Johansson.

Out of this relationship, we see how one human sees what is physically missing in his life. After verbal enlightenment and verbal sex, and even a sex surrogate, he sees he is missing the simplest things like cuddling next to a human being. He better understands the physical connection such as being asked ‘Where is your girlfriend?’ by a one year old and he’s forced to explain she’s on a device smaller than a smartphone.

Or the everyday excitement at a carnival or beach can’t be fully lived because despite the intellectual conversation and more importantly connection, it is not a human being in the flesh. It’s difficult for the viewer and Phoenix’s character to come to terms with but it’s the reality of the circumstance.

On the contrary, Johansson’s character experiences the feelings, the mood, the inner thoughts of a human being. All of this is done through Twombly and his letters, past memories, and friends such as Amy Adams, also searching for meaning in this technology driven and less humanistic world. But she can’t live the senses of a human being and only through others. So is she a real human being in character and thought but just in a computer?

Through this line of love and technology, we get the essence of what it means to be a human being in the physical form in the ups and the downs of a relationship. Despite a beautiful connection filled with love, warmth, and understanding of each other, both characters learn that a human being with touch, feeling, and movement must be present.

Robert Bresson explores the essence of a human being, the human condition, and humanity all through one creature: a donkey. Bresson unfolds his story the only way he can through his use of sound and image to create a tragedy and our effects we have by simply being human.

We merely observe this donkey from birth to death. But out of this creature, we see the brutality and harsh conditions that human beings create on those without free will and only instinct. Since an animal can’t communicate verbally, it does so in movement, eyes, and so forth, and the human being treats an animal they way they believe to and what it should do for them.

As the film follows the donkey from place to place and owner to owner, the human being is explored through their actions on Balthazar. We discover the unsympathetic nature, the struggling lives, and even grace of a young girl, all evolved though the donkey. Out of Bresson’s minimalist film, we see the many sides of the human being such as the finding of love or to make a simple living, no matter how bleak. Almost all the negative aspects of the human being are portrayed throughout the film.

Despite the attention on Balthazar, the unseen images or the hands of the human being show what we are capable of and it is left to the viewer’s feeling and response to understand as a part of the human race, what we are capable of and long for after this film experience. We must witness the essence of the human being’s dark and evil nature though Balthazar’s life and then, we can discover a sinister side of being homo sapiens, however, one cannot deny that it is in the essence of many human beings on this earth unfortunately.

Ignore the industrialized futuristic dystopia scene. Ignore the neo-noir elements. Ignore the world drenched in high levels of bleak mood and atmosphere. Ignore Scott, Dick, Ford, Vangelis, Cronenweth, Fancher and Peoples. Out of all the themes and questions ‘Blade Runner’ explores, it always boils down to one theme and question: what does it mean to be human?

We see this question explored though Deckard’s back and forth questioning of himself whether what he is doing is right or wrong. Whether he is human or a replicant. The same goes for characters of Rachael and Roy because they possess the same wants and needs as a human but since they are computerized replicants, they aren’t allow to live despite looking and feeling like a human being. Therefore, what actually entitles us to be human?

Where can the line be drawn of what the definition of a human being is in this world that is full of technological advances? The human being is the center of it all, yes, but can we clarify that or allow others to join the human race despite not being created the same way? All the emotions we deal with in a minute to minute survival of everyday life are felt through the replicants.

Exploring this question throughout the film, especially in the last 30 minutes of the eerie, existentialist dreaminess of the film, really hits the viewer hard. Because we are lost just as much as Deckard in his search for answers, but the question of what it means to be a human being in this world and what qualifications of feelings, tests, or experience we need has resonated ever since the film premiered, over 35 years ago.

Ingmar Bergman directed this masterpiece and ‘The Seventh Seal’ (which could also be on this list as well) in 1957. The questions of human existence, what makes a human being, or our longing to be a human being must have plagued his conscience during this time period. In this film, there are no technologies or futuristic elements, it is simply the recollection of one man’s life.

Played by legendary Swedish director Victor Sjostrom, a cantankerous professor who is en route to receive a lifetime achievement award, recalls the existence of his entire life. Bergman uses this with surrealists dreams, nightmares, and people he encounters on the road to the university. But after each encounter such as young bickering love or daydreams of long lost and failed loves, we see why this man is they way he is.

Throughout his entire life, we feel the emotion of what he has said, done and basically experienced. And out of all these actions and events summoned into one life, we can see what a human being goes through which better comprehends our understanding of what is actually means to be a human being. Without action and character, what are we?

Since his recollection of his life in the twilight years, we see the loneliness, bitterness, excitement, pain, joy, hope and despair of what one person goes through. All these emotions are critical to the human condition in which without these feelings, we couldn’t be classified as humans.

Bergman explores the simplest meaning of what is means to be human through the life of one man. And out of all cinematic choices, we visually and sensually experience what a human being goes through in one’s life in which dictates what a human being can actually be.

54
SHARES
FacebookTwitterSubscribe
Subscribe via Email or RSS Feed
Pages: 1 2
Comments (7)
Great Movies Exploring The Essence To Be A Human Being