Before diving in, let’s touch on the difference between a summary and a description: to summarize a plot is to glean the basic story, which is a simple task in most cases. To go a step further and really describe a movie, the experience you’re about to have, is another beast entirely.

Stories of family lend themselves well to the bizarre, and Holy Motors, from French director Leos Carax, presents us with a series of relationships centred around love, loss, family – and a lone consistent figure, Oscar.

For his part in all this, Oscar is an aging actor, weary of his business even as he powers through his varied performances with great tenacity and fervor. This is where Holy Motors becomes a real challenge to explain. Oscar is performing on a stage of epic, but deeply intimate, proportions. As the story unfolds, it reveals itself as a solid embodiment of “…and now for something completely different.”

Holy Motors is a tangle of stories and imagery and Oscar’s rapidly shifting roles within his fractured world. Explanations seep through the slivers of time afforded Oscar between each performance, but it’s those performances that make the bulk of the movie and barrel forward with no rhyme or reason.

Just live in the moment with Oscar as he assumes the guise of Monseiur Merde, a violent lunatic sporting a hard-on and devouring fistfuls of flowers before moving on to greater things – Holy Motors will be an experience worth struggling to describe.

There’s a beautiful melancholy woven throughout the story, with one poignant sequence wherein Oscar crosses paths with a woman who seems to be a long-ago lover – but if any scene feels tedious, don’t worry. A radically different one will be along shortly.

2. Happiness of the Katakuris

Depending on a nearby road project to bring them travellers, things don’t quite go as anticipated by the luckless clan. When the guests finally start to trickle in, they have a disappointing tendency to drop dead – not great for a startup business. Naturally, the Katakuris must conceal the deaths to keep the White Lover’s Inn limping along.

Told with a combination of live-action performances and unsettling stop-motion animation that sometimes beggars belief, Happiness of the Katakuris – like other entries on this list – is at its core a dark comedy about family – a family of failures, but a family nonetheless.

Director Takashi Miike (of Ichi the Killer and Visitor Q fame) is no stranger to the weird and uncomfortable, with Happiness of the Katakuris standing with a foot planted firmly in both territories. A particular scene in a restaurant featuring a delicate young lady and a soup-dwelling flying fetus exemplifies Miike’s particular brand of nightmarish imagination.

3. Beyond the Black Rainbow

Panos Cosmatos has described Beyond the Black Rainbow as the movie he always wished was behind the VHS horror movie covers of his youth. Slow-burn and critically divisive, Beyond the Black Rainbow will deliver on that promise of giallo-inspired oversaturated neon, throbbing dark synth soundtrack and Kubrickian symmetry, populated by quietly menacing Dr Barry Niles (a Machiavellian performance by Michael Rogers) and his forlorn test subject, Elena (Eva Allen). Together with a solitary, cruel nurse (Rondel Reynoldson) they inhabit Arboria Institute: a place trapped in time where enlightenment is just around the corner.

Beyond the Black Rainbow is an exercise in patience (until it explodes whole hog into psychedelic and psychotronic territory), and creeps through its story with a backdrop of ominous ambience and mounting nefariousness. Elena is barely capable of walking at the best of times and while she staggers through Cosmatos’ mazelike Arboria, she is barraged by creatures, colours and sound.

In this way she’s relatable for the audience, having as little clue as to what is going on as we do. At times it feels as if dramatically different movies are playing out, culminating in a horrorshow that defies expectation.

On the surface, Peter Jackson’s Heavenly Creatures is a straightforward tale. A retelling of the Parker-Hulme murder case, and the story of two teenage girls: blue-collar Pauline Parker (Melanie Lynskey) and fancy Juliet Hulme (Kate Winslet) who became so obsessed with their friendship they would let nothing stop its course, and explore the lengths they are willing to go to stay together and entrenched in their fantasy world. Equipped with powerful imaginations after both being subject to frequent hospital stays in childhood, they bond fiercely and quickly.

The execution of the story is frantic, manic and peppered with rapid speech and monstrous clay golems. Juliet whirls through the movie with starry-eyed energy, while her dear, beloved friend Pauline possesses an intensity and edge that propels the events forward in earnest. A story of girlhood and tragedy, told through the lens of two very disturbed young women that grab hold of you and drag you with increasing intensity through what happened next.

5. The Dance of Reality 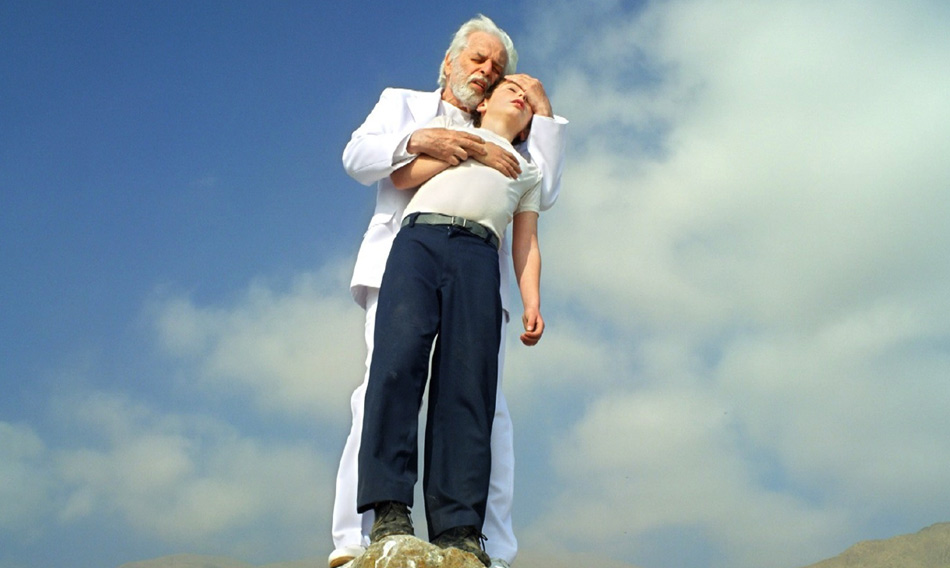 Including Jodorowsky on this list is expected, and here he is!

The Dance of Reality is unapologetically and earnestly beautiful in the way that only Jodorowsky can be – if nothing else, the imagery will stay with you: a weeping mother ritualistically shearing off her hair, to a disillusioned father with paralyzed arms painted vividly in the colours of the Chilean flag. The story told is a dreamlike version of Alejandro Jodorowsky’s childhood, and particularly his parents; rife with politics, mythology, and theatre.

The patriarch of the Jewish-Ukrainian clan is Jaime (Brontis Jodorowsky – the eldest of Alejandro’s sons) and Sara (the operatic, rubenesque Pamela Flores), portrayed passionately…to say the least. With a forlorn quality, Jodorowsky’s avatar in the film (Jeremias Herskovits) is a sensitive, flaxen-haired milquetoast looked upon by his father initially with contempt.

The story begins clearly enough within its imaginative, surreal trappings. Once Jaime is cured of the plague by Sara healing him with a steady stream of urine on his chest and he decides to assassinate President Carlos Ibáñez del Campo in a plot featuring a horse named Bucephalus, things go a little bit off the rails. The journey is gorgeous, truth is subjective, and a metaphor doesn’t need to be understood to be appreciated.