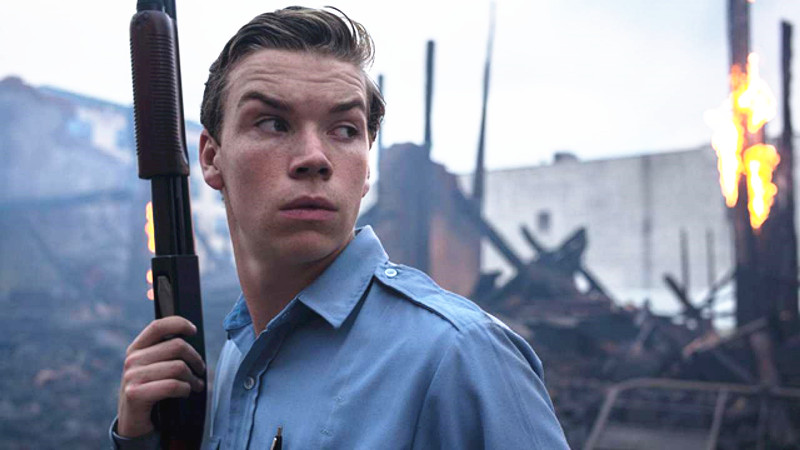 Every year, the same performances are praised by the same group of people for everyone around the world to see. Everyone has heard about how wonderful Frances McDormand is in Three Billboards Outside Ebbing, Missouri. Nobody would be surprised to learn that Daniel Day Lewis delivered another knockout performance in Phantom Thread. We all know who the critics and award voters appreciated in 2017. Now it’s time to look at the performances they ignored.

Nobody was shocked to see them left off of various “best of” lists, and that’s a shame. They’ve been included on this list so that viewers can get a taste of other great performances that were largely ignored. Hopefully people will find a few performances that impress them just as much as the ones they’ve heard about countless times.

Colossal benefits from the fact that it’s a drama about addiction disguised as a kaiju movie. Yes, there are giant fighting monsters, but they often chill in the background while the real story unfolds. The film is actually an allegorical story about two childhood friends struggling with alcoholism.

It’s more about the toxic relationship between the protagonists than the brawling monsters, which is precisely why the film is so groundbreaking. If it sounds a borderline bananas, that’s because it is. Luckily, the idiosyncratic nature of the film allows it to stand apart from a large crowd of braindead creature features.

The critics consensus on Rotten Tomatoes states that “Anne Hathaway’s performance is well worth the ride.” Unfortunately, that doesn’t exactly give credit where credit is due. While Anne Hathaway is an undeniable highlight, her costar proves to be equally enchanting.

For the first time in cinematic history, Anne Hathaway may give the more understated performance this time around. Sudeikis is fierce, frightening, and over-the-top as the town’s local bad influence. The comedic actor hasn’t had many opportunities to show off his dramatic acting chops until the release of Colossal, so it’s a relief to see that he’s more than just an SNL alumnus with a knack for making people laugh.

This undeniably intense performance proves that there’s a bright future ahead for the dude who got pushed into playing an Angry Birds character. Keep an eye on Sudeikis. 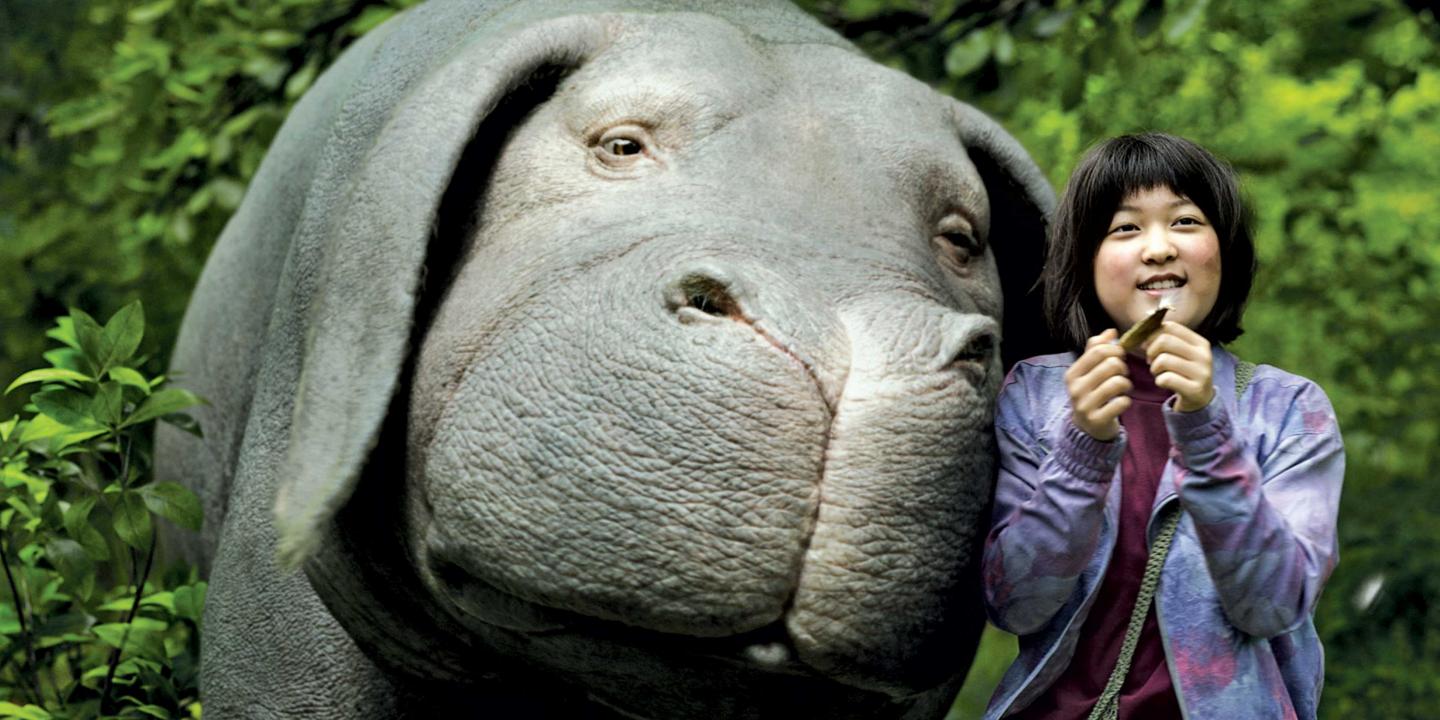 Jake Gyllenhaal’s Okja performance would certainly make this list if it were titled “most baffling performance of 2017.” People have had a hard time figuring out if his performance is outstanding or awful. The polarizing reaction means it would be hard to label as underrated or overrated simply because it’s tough to figure out what the majority of people think. That’s why Ahn Seo-hyun lands on this list instead for her performance in Okja.

Critics have spent plenty of time talking about Swinton, Dano, Gyllenhaal, and Collins. Honestly, who can blame them? People are drawn to actors and actresses they know. That’s because they’re curious to see what their favorite performers are going to do next. This means that up-and-comers have to work twice as hard to keep up with bigger names.

Despite some serious competition, Seo-hyun proves to be downright mesmerizing after everything is said and done. For one, she’s irresistibly charming. More importantly, she pulls at your heartstrings throughout the entire movie. Dramatic tonal shifts, she’s bound to make viewers feel something before the credits roll.

It’s easy to be engrossed by all the recognizable stars jam-packed into the movie, but don’t lose sight of the film’s protagonist. Seo-hyun shows oodles of talent throughout the duration of the film. While she doesn’t exactly run laps around the other actors, she definitely keeps up with them. There’s a lot of heart in this performance that shouldn’t be ignored. Viewers who don’t pay attention are missing out. 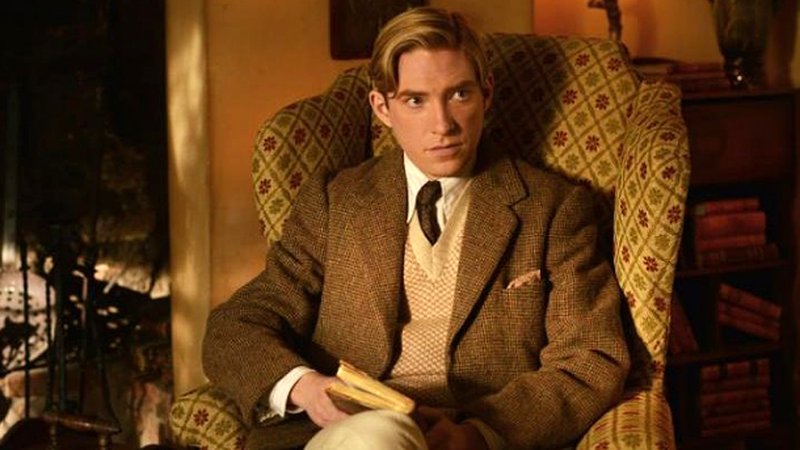 Goodbye Christopher Robin is a tonally uneven biopic that has no idea what to do with the subject matter. As a result, the final product is slightly better than lackluster. That being said, the cast is pretty irresistible.

Consisting of Margot Robbie, Kelly Macdonald, and Domhnall Gleeson, the casting crew did a great job of bringing together talented performers to strengthen the overall quality of a film that’s unfortunately flawed. While the three leads all manage to impress, Gleeson’s take on the troubled A.A. Milne stands out as the undeniable highlight.

Goodbye Christopher Robin has an identity crisis. Is it a commentary about the negative effects of PTSD? Is it a heartwarming look at the creation of Winnie the Pooh? Maybe it’s trying to say something about parenting. Long story short, the story and tone are wildly inconsistent throughout. Thankfully, Domhnall Gleeson is a little more dependable.

A.A. Milne is a complex individual, so it’s great to see that Gleeson is willing to tackle each and every layer. He presents the author as someone who’s as easy to dislike as he is to appreciate. The lead actor is able to get viewers thinking about things the screenplay doesn’t address, and that’s why his performance is special.

The strong cast isn’t the only thing saving the movie, but it definitely helps. It’s hard to imagine audiences forgiving the movie if the man playing A.A. Milne couldn’t deliver a halfway decent performance. Gleeson luckily goes beyond halfway decent. He manages to make a lasting impression even if the movie itself fails to do so. In many ways, he proves that strong acting can make or break a movie.

7. Melanie Lynskey – I Don’t Feel at Home in this World Anymore

I Don’t Feel at Home in this World Anymore was a Sundance when it was released last year. The quirk-fueled comedy-thriller about a bunch of thieves getting hunted down by one very pissed off woman and her eccentric neighbor balanced absolute hilarity with clever social commentary.

Though it appears to be a straightforward thriller with some dopey characters and scattered laughs, the film offers an unexpected commentary about gender roles that ultimately adds the perfect amount of depth.

Lead actress Melanie Lynskey is the driving force behind the strong feminist themes. She plays the thick-headed protagonist with an uncanny amount of competence. Her ability to produce laughs is impressive, but it’s nothing compared to her ability to make audiences fall in love with the character.

Ruth isn’t just admirable because she can confidently spit out funny one-liners. She’s easy to love because her determination and strength make her a character worth looking up to. People always look to action heroes to prove that Hollywood is capable of producing strong female characters. Characters like this deserve just as much credit.

One could easily claim that the script does a lot of heavy lifting, but that would discredit the immense amount of effort that Lynskey clearly puts into her role. She’s hypnotic due to her confidence and her staggering range. Ruth is a character with countless layers, and it would be unfair to say that these layers exclusively come from a clever script. Lynskey gives us a badass chick to root for throughout the endlessly entertaining ride of a movie.

Let’s address the elephant in the room: Kate Mara isn’t a critical darling like her younger sister. Rooney Mara has a filmography consisting of The Girl with the Dragon Tattoo, Carol, A Ghost Story, The Social Network, and Lion. Kate, meanwhile, has Fantastic Four, Captive, Deadfall, and Transcendence. In some ways this is cherry picking. Rooney has a couple stinkers and Kate has a couple gems, but one actress is clearly more consistent than the other.

So what’s the point of creating this sibling rivalry within the very first paragraph? It’s mostly to point out that Kate’s comparative lack of critical success has more to do with role selection than actual talent. The Mara sisters are both supremely talented actresses. Kate just hasn’t had the greatest luck when it comes to selecting well written movies.

Anyone doubting Kate’s acting abilities need only give Megan Leavey a look. Though the film does very little to distinguish itself from comparable movies, Mara’s performance helps it stand out among other military biopics. The adorable K9 is irresistible but Mara’s take on Megan Leavey steals the show. She gives an emotionally resonant performance that paves the way for some really compelling scenes.

As mentioned, the movie does have a tendency to fall into genre clichés, but the protagonist always make this a worthwhile experience. Kate Mara’s acting skills have never been more obvious than in Megan Leavey. Her talent is on full display this time around. Let’s hope she can continue to pick out roles that challenge her as well as the audience. She clearly has talent. She just needs more opportunities to prove it.

427
SHARES
FacebookTwitterSubscribe
Subscribe via Email or RSS Feed
Pages: 1 2
Comments (14)
Great Movie Performances From 2017 No One Talks About