When for V for Vendetta, written by Alan Moore with art by David Lloyd, was first published back in the 1980s, it was intended as a scathing critique of Margaret Thatcher’s Conservative Government. That said, Moore’s scripts eschewed the simplistic binary approach prevalent in many comic books, opting instead to present characters and themes that don’t neatly fit a “good vs evil” dichotomy.

Even the romantic, enigmatic V – an anarchist hell-bent on freeing future Great Britain from the grip of its fascistic overlords – is a somewhat ambiguous, possibly even unhinged figure. Sure, the police state he’s up against is undeniably horrible (think: concentration camps and curfews), but V’s revenge-fuelled quest threatens to destabilize a society on the brink.

Director James McTeigue’s 2005 re-imagining of Moore and Lloyd’s story loses much of this sophistication, and is a lot less interesting as a result. That being said, the V for Vendetta film is still a very watchable affair, for several reasons.

First of all, Hugo Weaving makes for a compelling V, while Natalie Portman (dodgy accent notwithstanding) puts in a solid turn as V’s young protégé Evey.

Fans of the original comics should also find themselves more than satisfied with how well McTeigue and his crew translate several of the source material’s most powerful scenes. At the same time, it’s hard not get a thrill out of V for Vendetta’s rousing finale, as well – even if it flies directly in the face of the Moore’s original, haunting conclusion.

Audiences clearly agreed – in the wake of the V for Vendetta’s release, the Guy Fawkes iconography featured in the film experienced a huge resurgence in cultural relevance, regularly being adopted by anti-establishment protest groups globally.

7. Blue Is the Warmest Colour

If you judge a film by the prestigious awards it’s won (and we’re not suggested you should), then Blue Is the Warmest Colour is arguably the best movie on this list. This adaptation of Julie Maroh’s graphic novel Le bleu est une couleur chaude, helmed by Abdellatif Kechiche, nabbed the Palme d’Or at the 2013 Cannes Film Festival, with the director and lead actresses Léa Seydoux and Adèle Exarchopoulos singled out for specific praise.

That’s not to say that the movie was without detractors. Blue Is the Warmest Colour – which like the original comic book, charts the highs and lows of an ongoing relationship between two young women – was criticized by some pundits for its graphic depiction of sex.

There were also concerns raised by members of the LGBTQ and feminist community over how well the film’s male auteur was able to capture the nuances of its lesbian romance. Interestingly, this was a view shared by Maroh herself, who – despite heaping considerable praise on the big screen adaptation – felt Kechiche’s inescapably male perspective adversely impacted this aspect of the film.

But setting aside these quibbles – along with allegations of poor working conditions on the set – there’s so much to appreciate about Blue Is the Warmest Colour. Kechiche’s direction is assured and creative, and he coaxes career-defining performances out of Seydoux and Exarchopoulos, which allows us to really buy into the love affair between protagonists Adèle and Emma.

8. A History of Violence

On first glance, small town diner owner Tom Stall is just your average Joe: a devoted husband and father simply trying to get by. But when Tom foils an attempted robbery in brutally efficient fashion one night at the diner, it slowly becomes apparent that his benign outer facade belies a dark past that’s about to catch up to him…

That’s the premise of A History of Violence, David Cronenberg’s 2005 adaptation of the graphic novel of the same name by John Wagner and Vince Locke. Cronenberg and screenwriter Josh Olsen start out by following the same narrative blueprint laid out by Wagner, before blazing their own storytelling trail during the movie’s second half.

The upshot of this is a film that arguably improves upon its source material, as well as serving up Cronenberg’s most accessible motion picture since 1986’s The Fly. That’s not to say that the A History of Violence is any less thematically ambitious than the director’s other, less mainstream efforts.

Aided by an on-point roster of stars including Viggo Mortensen as Tom, Maria Bello as his wife Edie and William Hurt as gangster Richie Cusack, Cronenberg uses this pulpy tale as a vehicle to explore the nature of violence itself, both within individuals and society as a whole.

If the only big screen version of Judge Dredd you’re familiar with is the widely-panned 1995 box office bomb starring Sylvester Stallone, then you need to check out 2011 reboot Dredd. Kiwi actor Karl Urban is outstanding as the eponymous law enforcement officer created by John Wagner and Carlos Ezquerra, in this lean sci-fi action/thriller helmed by Pete Travis.

Wisely working within the constraints of a comparatively low budget, Travis and scribe Alex Garland set the majority of the film in one of Mega-City One’s 200-storey high rises. This allows for a tense, “cat and mouse” dynamic as Dredd and his rookie partner Judge Anderson (a well-cast Olivia Thirlby) try to reach the top-floor lair of drug lord Ma-Ma (Lena Headey on vicious form).

Critics generally agreed that Travis and Garland had succeeded were their predecessors had failed, producing an adaptation that’s faithful to the Judge Dredd mythos – fans breathed a sigh of relief when the credits rolled and Urban still hadn’t removed his helmet! – yet grounded in a believable, real-world aesthetic.

Unfortunately, moviegoers didn’t exactly flock to see the film, and it failed to make its budget back during its theatrical run, nixing plans for any future sequels. 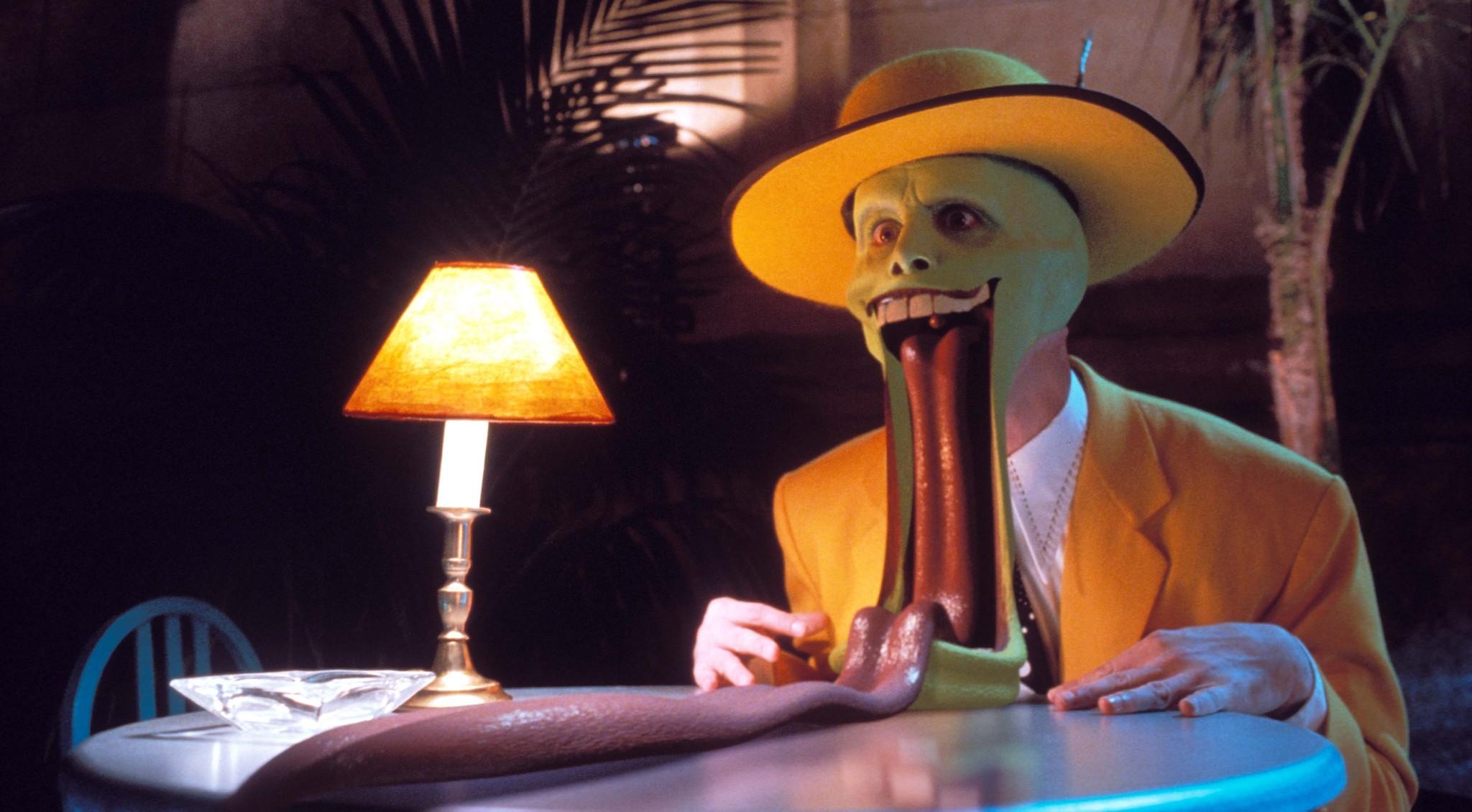 Back in the mid-90s, Jim Carrey was the biggest comedic actor on the planet. Perhaps the purest expression of his unrestrained, physically-intensive comedy stylings is showcased in The Mask, based on stories by John Arcudi and Doug Mahnke and published by Dark Horse Comics.

In the film, Carrey plays pushover Stanley Ipkiss, who finds his life turned upside down when he stumbles across an enchanted mask capable of transforming him into a reality-altering, cartoonish trickster.

This premise gives Carrey free reign to fully indulge his manic, over-the-top sensibilities as zany anti-hero the Mask – although admittedly, this frenetic shtick remains an acquired taste even today. The Mask is only notable for representing Cameron Diaz’s debut on the silver screen, and her natural star quality shines through, even with the spotlight so firmly trained on Carrey’s antics.

But in many ways, the real star here are the digital effects by the gang at Industrial Light & Magic, which were groundbreaking at the time. Sure, these visuals – which brought to life the Mask’s Tex Avery-inspired gags – haven’t exactly aged gracefully in the nearly 25 years since the flick hit theatres. Nevertheless, they remain an impressive achievement, and much of the enduring appeal of The Mask is directly tied to ILM’s Oscar-nominated contributed to the film.