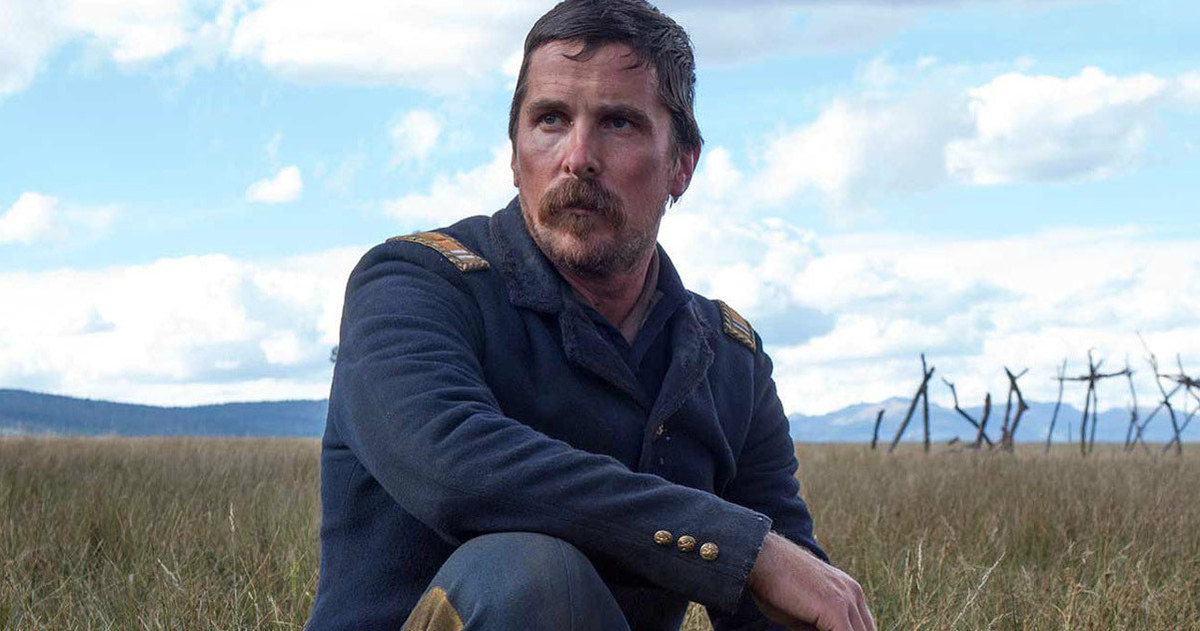 There have been plenty of pre-summer blockbusters worth noting, and several more will come over the next few months. Meanwhile, the US release dates for indie films at such festivals as Cannes won’t arrive for some time.

But what about respected 2018 movies audiences have completely passed up on?

Between westerns, thrillers, dramas, and more, there’s a collection of films flying well under the radar. So much so that it’s a crime they could soon fade away into obscurity.

For the sake of giving them a deserved second life, here’s 10 little-known 2018 films worth watching. 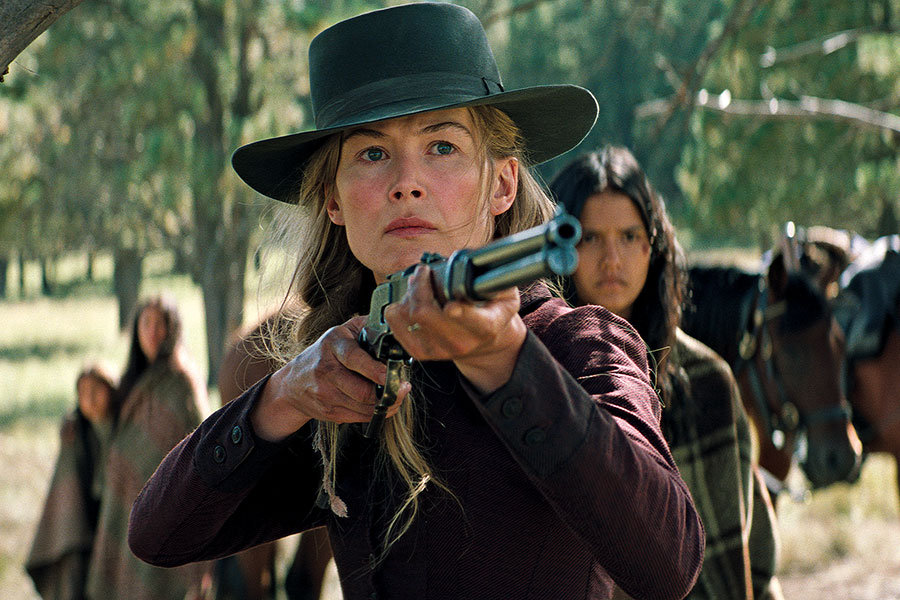 It’s hard to tell if Christian Bale’s box office charm has run out or not. Either way, Hostiles was disregarded by the academy and set to rot in the box office wastelands of January.

This was the movie Entertainment Weekly proclaimed, “the best western since Unforgiven.” While they may’ve forgotten about The Assassination of Jesse James and Tombstone, it’s high praise anyway.

But despite solid reviews and the brutal-to-sensitive range of Bale’s performance, there was little sign this film ever existed in theaters.

Even after a wide release on January 26th, it came up $10 million short of its budget. Bale was inexplicably shut out of best actor consideration long before that. What’s more is that the cinematography wasn’t considered. It could have easily been nominated over Darkest Hour, whose only major visual achievement was one man’s makeup.

If something like The Revenant had so much success, it’s hard to believe this couldn’t have had at least half as much. The film is stylistically built like a John Ford classic and portrays the beautiful and damned wonders of the west as accurately as the genre can.

Its social commentary won’t win points for subtlety, but it also won’t bludgeon you into submission. It’s simple and effective, and its lead certainly has the complexity in his expressions alone to keep audiences engaged.

Hostiles delivers the grit and speck of fleeting hope all good westerns provide. But they don’t come along as often as they should. The box office appeal is a big reason why.

If there’s someone who can challenge Bale’s commitment level, it’s Joaquin Phoenix. Love him or hate him, he transforms into and is entrapped by many of his characters. His role as the seasoned war veteran and PTSD-stricken Joe is no different.

The plot is simple and straightforward. Joe works as a hired gun to save victims of sex-trafficking. And in his latest job, he attempts to save a senator’s daughter. Of course, things get flipped on their head quickly.

You Were Never Really Here is ruthless in both pace and visuals. It’s a haunting film accompanied by a surprising beauty amid the seedy NYC imagery. Phoenix’s persona as a whole isn’t for everyone. But his portrayal of the tormented and grizzled Joe is impossible to ignore. Nuance may not be his forte, but he elevates the content nonetheless.

The book this was adapted from gets a bit of a Hollywood ending tagged on. It takes away some of the harsh reality and tone of the book. But in a mere 90 minutes, there’s plenty of heartbreak along the way that needs a little balancing out. The film does a graceful job of doing so.

You Were Never Really Here might make you feel uptight, possibly even disturbed. If so, then Lean on Pete might be a suitable follow-up.

It tells the coming-of-age story of a teenager named Charley (Charlie Plummer). He’s the son of a single father and caretaker of an old and worn out racehorse, Lean on Pete. With the horse set to go off to slaughter, Charley instead takes Pete on a journey through the pacific northwest.

The story of internal discovery during their trek is enough to tug at the heartstrings. But thankfully, it doesn’t whip you for sympathy. It tells its story straightforward with authenticity, and Plummer does the same in the lead role. There’s a great restraint in his performance, one that makes him seem far more seasoned than an 18-year-old is expected to be.

The critics can’t get enough of this film. It was received with open-arms in trips to the festivals of Venice, Toronto, and London last year, before its April 6th U.S. release. But that’s where the hype died, and now the film will be lucky to get a quarter of its minimal budget ($8 million) back.

Despite that, there’s no denying the run A24 is having, with films like Ex Machina, Lady Bird, The Florida Project, and the Oscar-winning Moonlight creating an impressive string.

Lean on Pete may not be of that caliber. But its storytelling is genuine, and it has a lead who can convey hardship without overdoing it. And that’s often hard to come by.

It’s a surprise that this has gone as unnoticed as it has. Thoroughbreds has a bit of everything: great teen drama, edge-of-seat tension, psychological exploration, and biting satire.

The story follows two childhood friends, Amanda and Lilly, who link back up in Connecticut as high schoolers. After a brief time at odds, the two of them join forces in a plot to kill Lilly’s stepfather.

Thoroughbreds doesn’t have as much visual style as some of the better black comedies of recent years, but its plot twists with menace right up to the end. The dialogue is crisp and blends itself perfectly with the divas its often coming from. At just over an hour-and-a-half, this shrewd thriller mixes its rough, cold edges with the unrelenting spark from co-lead Olivia Cooke.

And Anya-Taylor Joy, the other co-lead, is at home in pretty much anything within the thriller genre. Her and Cooke feed off one another’s energy in a way that works through each swift narrative turn.

Also, it will be the last time to see a film from Anton Yelchin’s once-promising career. The late actor, who died in 2016, plays a drug dealer who gets pulled into helping the two girls.

Steven Soderbergh can be hit or miss depending on one’s movie tastes. But Unsane may be his best work of the decade.

The Oscar-winning director dives back into the psychological thriller genre that has brought him success in the past. But there’s more of a horror bent to Unsane, a story of a woman (Claire Foy) who is struggling with the memory of her stalker. She’s admitted to a mental facility and kept there after the doctors question her sanity.

The pharmaceutical-centered 2013 thriller, Side Effects, was a psychological game that showed Soderbergh at his best. Having Rooney Mara helped a ton. But Claire Foy is nearly as valuable at the center of this visually mind-melting nightmare. The director knows when to let the high-caliber talent do their thing, and Foy’s intensity is a driving force from start-to-finish.

This movie will probably be best-known for being entirely shot on an iPhone 7 Plus. But it never seems like much of a handicap at all. It doesn’t take away from the movie, as its lucid imagery often enhances the mind war at play. Even with such a unique filming decision, Unsane still gives us plenty of the director’s stylistic trademarks.

It may be a bit crazier than most Soderbergh films, but Foy keeps everything grounded enough to make it enjoyable.