See, the movie was released to coincide with Bond’s 50th anniversary, at a time when the franchise was facing stiff competition from the likes of grittier, more grounded fare like the Bourne series. So with Daniel Craig portraying a more vulnerable, chipped around the edges incarnation of Bond, it’s not hard to pick up on the self-referential undercurrents at play here.

Indeed, this is easily the most meta mission cinema’s most iconic espionage expert has ever embarked upon. The screenplay by Neal Purvis, Robert Wade and John Logan goes to great lengths to vindicate the “old ways” of the spy game – and as such, the 007-style spy movie template.

Bond (and Eon Productions) may have had to update things a bit to keep up with the competition. However, no matter how “realistic” films in this genre may profess to be, they still rely on a strong foundation of escapist fantasy…and as Mendes and his writers were keen to make it known, nobody does that better than 007.

In fairness, pretty much all of Quentin Tarantino’s movies are about movies – but Inglourious Basterds takes things further than just the typical homages to classic and obscure cinema. Of course, Tarantino does litter the film with several unmissable nods to movie-making. The film’s audacious finale revolves around the screening of a Nazi propaganda flick, and incorporates the highly flammable nature of vintage nitrate film stock!

But beyond these superficial trappings, Inglourious Basterds is in many ways about the power of film to figuratively and literally change the world, for both good and evil. Not only does Tarantino use the movie – a hyper-violent fairytale set “Once upon a time…in Nazi-occupied France” – to improve on reality by having Hitler and his cronies wiped out four years early (with Jewish soldiers playing a pivotal role, no less).

But the auteur also examines the impact that propaganda filmmaking can have on an audience. The Third Reich-aggrandizing epic Nation’s Pride would surely have led many more young men to enlist in the German army, whilst the defiant epilogue added to the film by Mélanie Laurent’s cinema operator Shosanna helps topple Hitler’s ghastly regime.

The director himself appeared certain that his own efforts here improved the lives of moviegoers, musing – via Brad Pitt’s Aldo Raine, speaking directly to the audience – “I think this might just be my masterpiece”.

La La Land is a bit like Skyfall – a sentence no one thought they’d ever read – in at least one way: both films are tacitly about the merits of a certain type of filmmaking style. But unlike the Bond franchise’s fixations on booze, broads and bullets, Damien Chazelle’s musical outing serves as a rallying cry to keep the tradition of the old school “song and dance” extravaganza alive.

Despite its contemporary setting, La La Land is an unabashed love letter to musicals of a bygone era such as An American in Paris, which shows through in its catchy tunes and impeccably staged dance routines. More than that, however, the love of jazz shown by Ryan Gosling’s Sebastian – with his fierce commitment to preventing the genre from being diluted – serves as a stand-in for filmmakers like Chazelle, who are adamant that the Hollywood musical still deserves our respect. 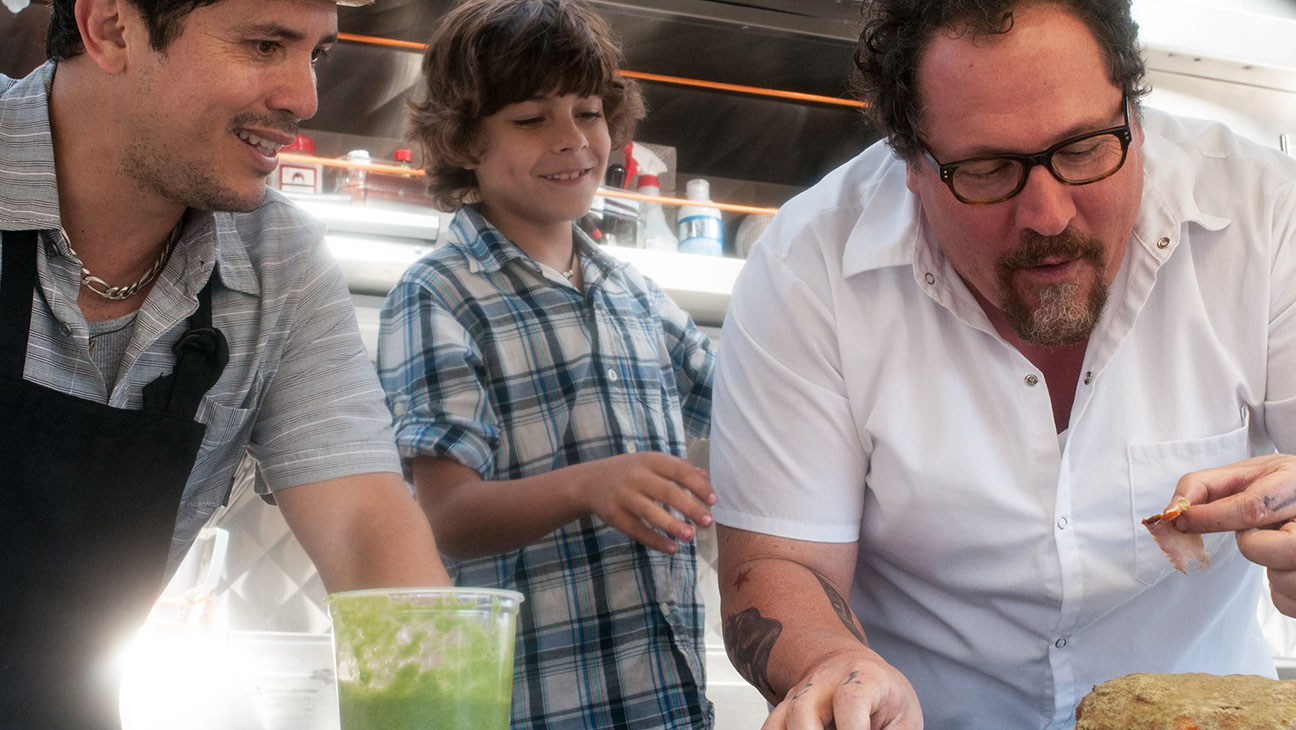 Funnily enough, Chef is pretty much the easiest entry on this list to justify. Writer-director Jon Favreau has openly admitted that his 2014 comedy-drama intentionally echoes the personal and creative choices made during his career.

Everything from lead character Carl Casper juggling a hectic professional schedule with the demands of being a father, through to his decision to quit his job at a successful restaurant to pursue a more fulfilling career at a food truck, is inspired by Favreau’s time in Hollywood.

It’s this latter plot thread which most directly relates to the movie-making business – an obvious nod to Favreau walking away from lucrative big budget franchise gigs in favor of producing riskier, more personal projects, instead. 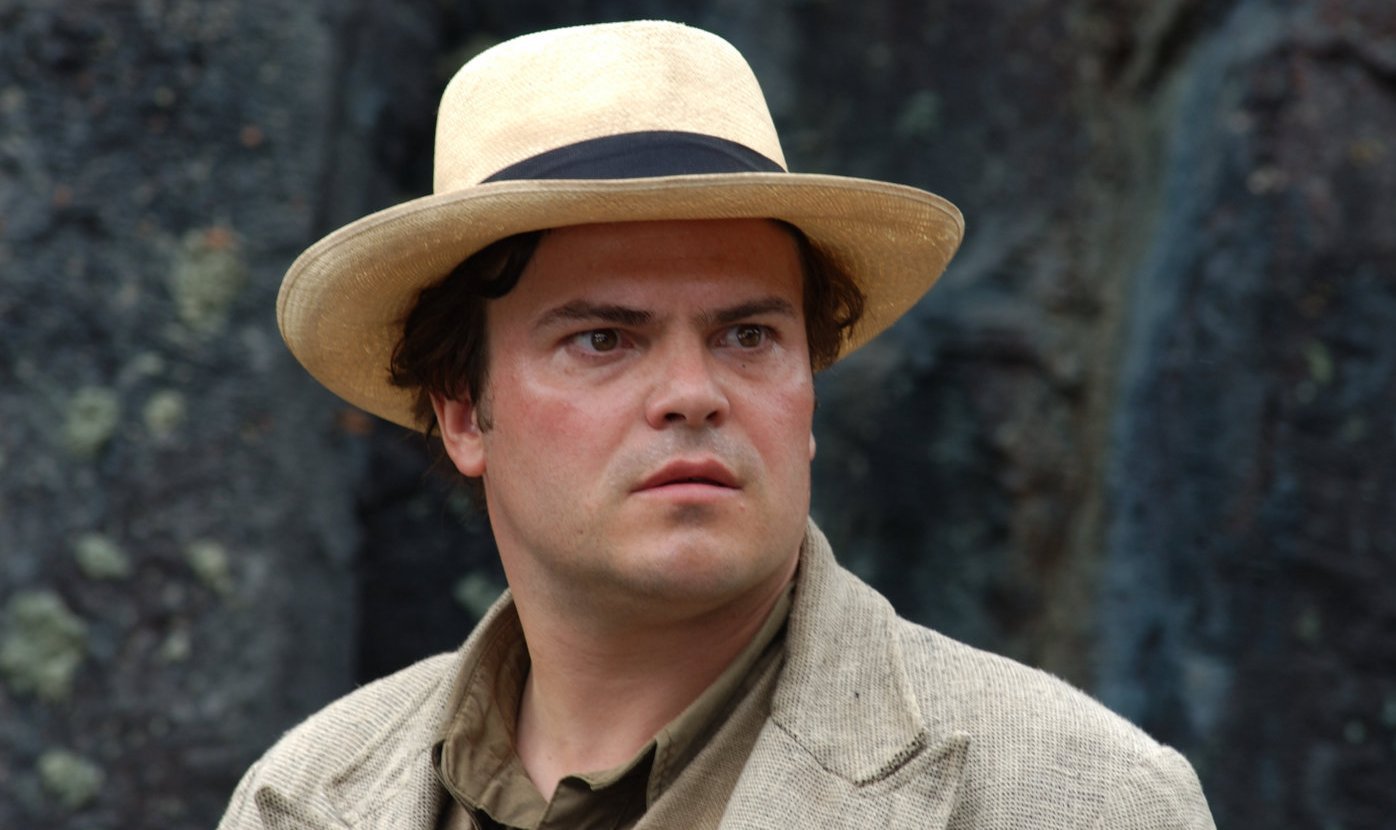 Peter Jackson’s 2005 remake of King Kong is a long affair – clocking in at just over three hours, all told. With so much time up his sleeve, the director was able to make his giant ape story about a lot of things, and that includes movie-making.

Ignore the minor filmmaking window-dressing in the film, though. We’re not talking about the film that Jack Black’s Carl Denham is trying to produce with Naomi Watts’ leading lady Ann Darrow. That doesn’t really serve any wider purpose, other than to motivate Denham and his cast and crew to undertake principal photography on the unexplored Skull Island, home to oversized gorilla Kong.

What we are interested in is the Kong/Denham dynamic, which some critics maintain is akin to the relationship between an obsessive director who pushes his star – in this case, a 25ft tall primate – beyond their limits.

The disastrous events that follow – culminating in the tragic death of Kong that brings King Kong to a close – also serve as a testament to the perils of allowing unchecked ambition to trample over one’s moral and creative ideals. Denham is so possessed by his desire for fame and fortune that he quickly loses sight of the ethical concerns around exploiting this magnificent beast, and of the crassness of the stage show he forces the creature to perform in.

In the process, he utterly ruins the work of art he set out to make, and cheapens the wonder he supposedly longs to inspire in audiences. Like many auteurs before him, Denham has – in the words of Adrien Brody’s Jack Driscoll – “[the] unfailing ability to destroy the things he loves”…and it’s just a shame that it’s poor Kong who pays the price for this failing.