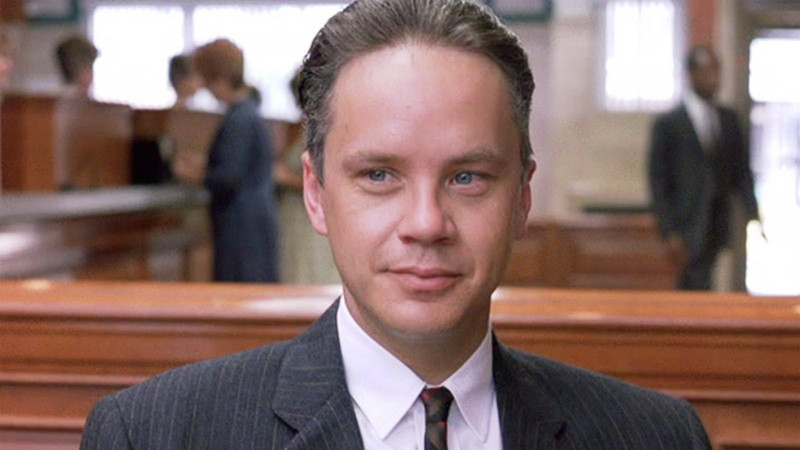 Anybody that has ever directed a film will tell you it is one of the most difficult things they have ever done. Stanley Kubrick mentioned it is “like trying to write ‘War and Peace’ in a bumper car…” There are some people who started out swinging for the fences with their directorial debut. This list is to celebrate those visionaries who felt invincible enough to take on the challenge, but struggled to direct anything better than their first film.

These directors continued to create great films, but their directorial debut is arguably their best work. Some of these directors were given a chance by the studios, providing them minimal resources, to make these iconic films. With more and more independent films being released and technology becoming readily available, we will see an increase in great directorial debuts. This is a list of the films that will hold up and will be talked about for years to come.

Sidney Arthur Lumet was born in Philadelphia just after the First World War in 1924. He followed in his parent’s footsteps to become an actor. Sidney’s mother died when he was young, so with his father being an actor, director, producer, and writer – he must have felt pressure to follow in his father’s footsteps to remain in the entertainment industry.

When Sidney returned home after 3 years in the U.S. Army from Burma and India, he picked up where he left off and started his own theatre group, eventually becoming the director. With his knowledge of acting and directing, he transitioned over to television. Sidney established himself as a young director with over 200 TV episodes under his belt.

In 1957, at the age of 33, Sidney was married to Gloria Vanderbilt and had the world on a string. He directed 12 Angry Men, which was nominated for 3 Oscars and 4 Golden Globes. The film lost to David Lean’s The Bridge On The River Kwai, but that didn’t stop him.

Behind a pair of horn-rimmed glasses, Sidney Lumet went on to direct 17 different actors in Oscar nominated performances. He never won Best Director at the Oscars, but he was nominated 4 different times across 4 decades. 12 Angry Men is listed as the #5 greatest film of all-time on IMDb.com.

John Marcellus Huston was born in 1906 in Nevada, Missouri. Coming from a broken home, John would bounce back and forth and came to love and appreciate many facets of life. He became a top-ranking amateur boxer, a working painter in Paris, an honorary member of the Mexican Cavalry, and a writer. Selling his first few attempts at writing, during a time Hollywood was coming out of the silent era, John took advantage of the need for writers.

Getting a job at Universal Studios, where his father Walter Huston was already a star, he started writing dialogue for various films. He learned a lot about filmmaking by becoming friends with William Wyler. Being a heavy drinker, he was driving (or a passenger) in a car with Clark Gable that ended up running over and killing an actress. Huston took the blame, but there are ideas it was Clark Gable that was driving. Huston left Hollywood to find himself again in Paris. Becoming a drunk drifter was just what he needed.

Huston returned to Hollywood, working for Warner Bros, where he was nominated for an Academy Award for Best Original Screenplay. John was set on directing his own scripts, so WB gave him six weeks and $300,000 to complete his first project. He was so adamant on succeeding, he storyboarded the entire script and every word written was captured in the final film. Humphrey Bogart said it was “a masterpiece” and they became great friends for the years that followed, drinking like fish together. Huston finished days ahead of schedule and $54,000 below budget.

The Maltese Falcon was nominated for 3 Oscars in 1942 and lost Best Original Screenplay to Citizen Kane, another directorial debut by young Orson Welles. Maltese Falcon is currently ranked in the top 250 films on IMDb.com.

John went on to be nominated for 15 Oscars, winning 2 of them for directing and writing The Treasure Of The Sierra Madre with friend Bogart and his father Walter. Also, he directed 15 actors to Oscar nominations and he was personally nominated for 5 Best Director awards. Now, that’s the stuff dreams are made of.

Orson Welles was born in 1915 in Wisconsin and another victim of his parents dying when he was very young. Being told he was a genius from a young age, he had the confidence to travel to Ireland alone at the age of 15 to continue his acting. By the age of 18, he had caught enough momentum and praise to join an acting troupe.

At the age of 25, Orson was given an extremely rare deal by RKO to write, produce, direct, and act in 2 pictures for the company. Welles hired most of his acting troupe to be in the film, co-written by Herman J. Mankiewicz, brother of Joseph L. Mankiewicz. Herman and Orson struggled with their health to get Citizen Kane finished.

Mankiewicz wrote most of the film from a hospital bed (since he was an enormous alcoholic) and Welles suffered from caffeine poisoning by drinking 40 cups of coffee each day. Orson also chipped his anklebone and directed from a wheelchair for 2 weeks.

Citizen Kane struggled to get finished, since it was based on billionaire William Randolph Hearst’s life, making constant threats catching wind of the film’s release. It was $200,000 over the budget of $500,000 and was a flop at the box-office.

However, it was worth all of the agony, because it was nominated for 9 Academy Awards, taking home one of them for Best Screenplay. “Rosebud” is ranked one of the best movie lines of all-time (a nickname for the clitoris of Hearst’s mistress Marion Davies) and the film is heralded as the Greatest Film of All-Time.

Orson Welles believed he started at the top and worked his way down. Citizen Kane makes the list as the best directorial debut and arguably Orson’s best film.

Almost 20 years after John Huston and Orson Welles destroyed with their directorial debuts, across the pond came some young punks with big ideas and egos to throw their visual hats into the industry ring.

Francois Roland Truffaut was born a bastard Aquarius in 1932, acquiring his surname from his later adopted father. He was neglected by young parents and his grandmother raised him until her death when he was 8 years old.

Since he probably held some resentment toward his parents, Francois would stay out late with his friends – raising hell. Young Truffaut had so much anger about life, getting expelled from all schools, he focused that energy into watching and reading as often as he could – starting a film club.

Francois was in the French Army, but reverted back to his old hellraising ways and deserted the Army. He was arrested for going AWOL, but his film club buddy Andre Bazin pulled some strings to get him off the hook to work with him at a film magazine. Truffaut began writing brutally honest film reviews giving him the nickname “The Gravedigger of French Cinema.”

At the age of 27, Truffaut decided to put his thoughts and personal experiences into pictures and directed Les Quatre Cents Coups – The 400 Blows, which was praised at the Cannes Film Festival. He was won Best Director and was nominated for the Palme d’Or award and later for an Academy Award for Best Original Screenplay.

The 400 Blows is currently ranked #205 on IMDb.com, #39 on the BFI’s Top 50 Greatest Films of All Time and started the French New Wave. Godard went on to direct several great films, but this hell-raising bastard started out on fire. 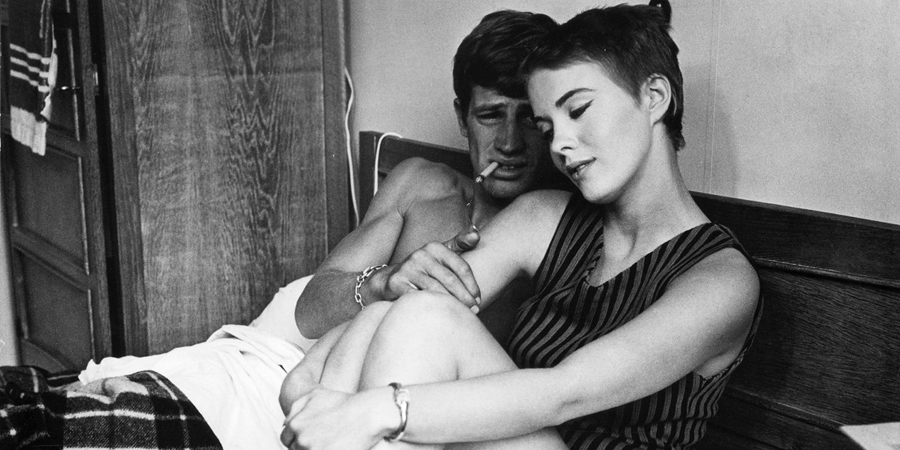 Jean-Luc Godard was born cold in the winter of 1930 to wealthy parents. Growing up in France, Jean-Luc would spend most of the Second World War in Switzerland. Not a big movie-goer, Godard read a few books about the cinema. With his family’s connections, he was able to turn his nose up with the culturally elite. He got involved with several film critic societies, riding on the the French New Wave.

Talking with other film enthusiasts like Claude Chabrol and Francois Truffaut, Godard finally found his sense of purpose. Godard fell in love with the art of criticism and his reporting wielded friendships with Jacques Demy, Agnes Varda, and Alain Resnais.

Since he could analyze every detail about a film and discuss its depth, he naturally wanted to make his own feature film. Godard asked Truffaut and Chabrol if he could film the car thief idea they had previously fleshed out; eventually giving their permission. Godard was able to acquire funding of about $70,000 to film Breathless.

Jean-Luc shot Breathless like a documentary, usually writing the scenes in the morning and feeding the lines to the actors from behind the camera. Natural lighting, wheelchair tracking shots, and a minimal crew worked together with Godard’s unsullied ego to finish the film. Godard made as many references as he could throughout the production.

Jean-Paul Belmondo and Jean Seberg thought the movie was going to be dog shit, since Godard’s unorganized and amateur techniques were frustrating for those on set. With some luck, a fresh approach, and some helpful tips editing from Jean-Pierre Melville creating “jump cuts”, Breathless was a huge success and became the cornerstone for French New Wave films. It is currently ranked #13 on the BFI’s The 50 Greatest Films of All Time list and is still arguably Godard’s best film.