2016 has come to a close, the Oscars are right around the corner, and major publications have gone out of their way to publish as many end-of-the-year lists as possible. This includes a number of lists pointing out the greatest performances of the year. Taste of Cinema may be late to the party, but that’s because hours upon hours were dedicated to watching every acclaimed movie to come around last year.

People have claimed that 2016 was a disappointing year for movies. In many cases, there were movies that did not live up to the hype. However, there were also plenty of movies that deservedly earned acclaim from critics and audiences. In these movies, you’ll find a plethora of outstanding performances from both A-listers and newcomers. Some performances on this list you may be tired of hearing about by now, while others might feel as if they came out of left field.

Regardless of how mainstream they are, the performances in this list are all amazing. Even if 2016 had some bumps along the way, this list seeks to prove that there were plenty of cinematic accomplishments worthy of attention. Though the list is limited to twenty, there were so many deserving performances. If a favorite isn’t mentioned, there’s a chance that it barely missed the cut. Keep that in mind as you read through the choices listed.

It’s hard to compliment the performance of Emma Suárez without also giving a shout out to Adriana Ugarte. Julieta, which is told through an extended flashback, features two very capable actresses doing very stunning work onscreen. Julieta’s plot focuses on the dwindling happiness of a middle aged woman and the events that led to this emotional state.

Emma Suárez, who plays the older Julieta, has the slight edge over her younger costar. Suárez is cold and reserved as the film’s protagonist. Audiences can easily notice Julieta’s change in demeanor before and after the events taking place in the extended flashback. Suárez makes it her goal to show the viewers that the older Julieta is a woman that has been affected by grief, loneliness, and . She comes across as a completely different character than the one Ugarte presents us, and that’s what makes her performance so chilling.

Suárez’s work in the film is such a delight because of how hard she works to interpret the character in her own way. She strives to show people the skeletons hidden in Julieta’s closet. The complexity of the character isn’t simply the result of the script. Suárez plays a large part in bringing the character to life.

JA Bayona might have a gift for finding unknown actors and actresses and turning them into stars. His previous feature brought us the little dude that would eventually nab the role of Spider-Man. In A Monster Calls, Bayona casts a new potential star as his lead. Lewis MacDougall plays Connor O’Malley, a young boy who encounters a mysterious monster outside of his house shortly after his cancer-stricken mother announces that her treatments aren’t working the way they should.

MacDougall is an emotional powerhouse as the protagonist. At only 14 years old, he’s still capable of bringing about a genuine emotional response from the audience. The story itself is sad enough, but MacDougall’s is what really drives things home. He comes across as fragile, confused, and frustrated. He’s the perfect representation of a young adolescent who doesn’t know how to deal with tragedy. The script is a downer, but MacDougall is the real tearjerker.

10 Cloverfield Lane has plenty of detractors, but few of them point to John Goodman as the source of the problem. In fact, even the harshest of critics tend to admit that Goodman did a great job. He plays one of the most unlikeable bastards in any movie from last year. Considering how easy it is to be charmed by the usually likeable John Goodman, his ability to make audiences hate him is commendable.

He gives you every right to hate him too. Goodman will make your stomach turn as the villainous Howard Stambler. Even when the movie tries to paint him as a somewhat sympathetic character, Goodman goes out of his way to remind you that this is a bad dude. He won’t necessarily give you nightmares, but to say he’s unsettling is an understatement.

Goodman is in a ton of movies, and he almost always does a solid job. In 10 Cloverfield Lane, he goes above and beyond the call of duty by giving one of his best performances in recent memory. The movie itself may not be a dramatic award-winning thinkpiece (though it’s certainly entertaining), but that doesn’t mean Goodman’s talent should be ignored. 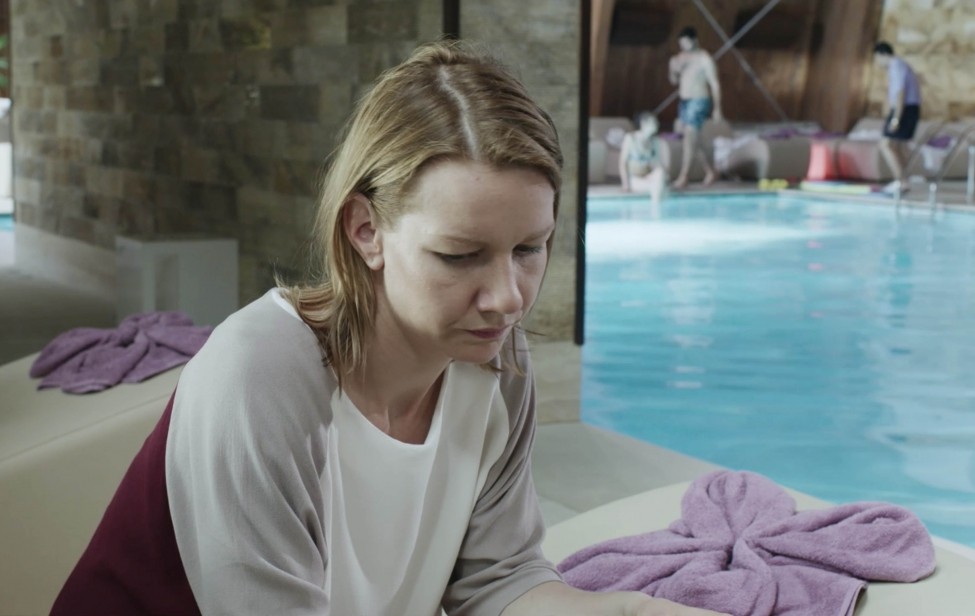 With a 162 minute runtime, Toni Erdmann is quite the commitment. The commitment is worth it, however. Toni Erdmann is one of the most talked about foreign films of 2016, and for good reason. It’s a lengthy comedy that somehow manages to hold the audience’s attention throughout the entire runtime. That’s because the two leads constantly keep your eyes glued to the screen.

The film has two magnificent cast members that are deserving of attention, but Huller’s more straight-laced performance is marginally better than Simonischek’s more comical performance. Still, it’s hard to imagine either of them doing as well opposite a different cast member. Huller and Simonischek feel as natural together as Batman and Robin. Without him, she’s impressive. With him, she’s incredible.

It’s crazy to think that an actress like Huller has such a tiny filmography. Prior to this, Huller’s only noteworthy movie was 2006’s Requiem, and even that flew under the radar for the most part. If the acclaim she has received in Toni Erdmann is any indication, Huller should be back for more critically acclaimed roles soon. 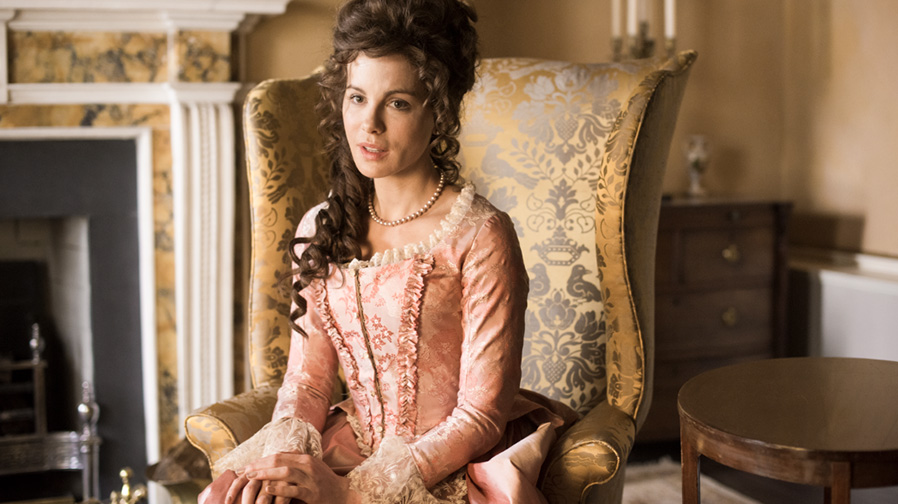 Jane Austen is one of the most frequently adapted authors in history, so it’s seriously impressive that Love & Friendship stands out as one of the greatest Austen movies yet. The sharp humor and layered characters push it ahead of the competition resulting in a movie that’s nothing but fun for literature nerds. The sublime cast tasked with playing these layered characters do a fine job of bringing the lovable knuckleheads from page to screen.

Beckinsale may not be the first actress that comes to mind when you think of protagonists in a Jane Austen film, but her take on one of the year’s most charming anti-heroes will leave you smiling. Beckinsale’s portrayal of Lady Susan Vernon is consistently charming thanks to her perfect comic timing.

Vernon is a detestable character, but Beckinsale nevertheless makes this woman very hard to hate. Her sly wit and deadpan delivery are constantly on display. As a result, you’ll find yourself laughing too hard to care about whatever dastardly plan she has up her sleeve.

If Love & Friendship has proven anything, it’s that Beckinsale is an actress with a surprising amount of talent. She may not choose to play in films like Love & Friendship very often, but it’s definitely a treat when she takes a break from killing lycans. 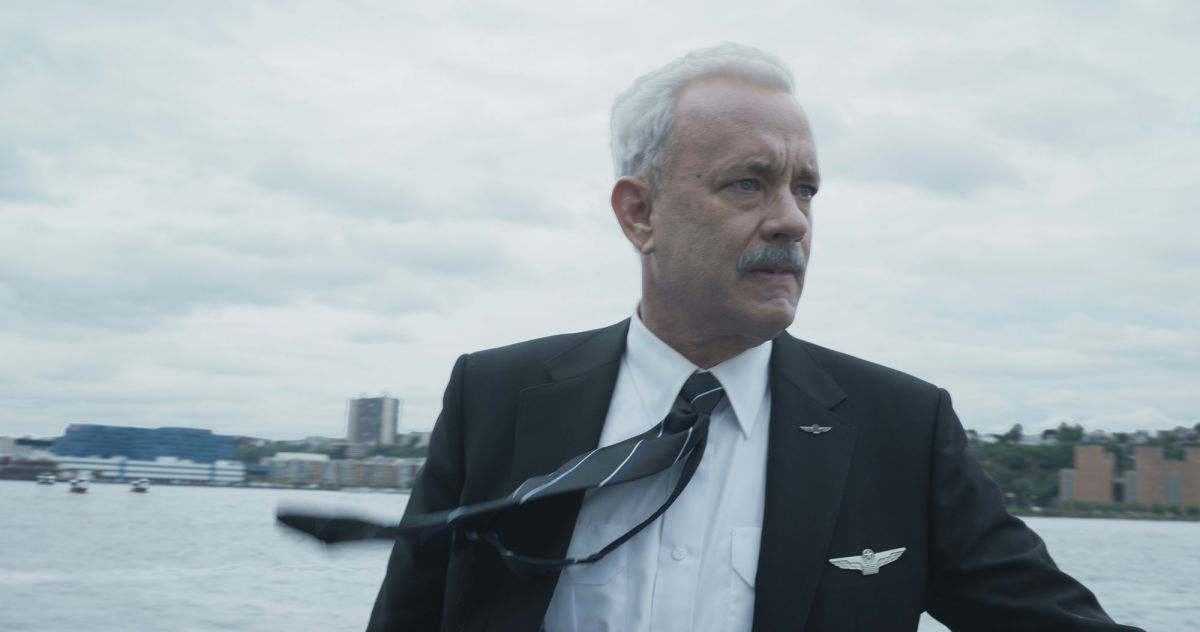 Sully isn’t the awards season juggernaut it wanted to be, but it’s still a compelling story with a fascinating protagonist. The true story of a pilot who successfully lands his malfunctioning plane on the Hudson River may feel a little familiar, but the movie is still a success because of Clint Eastwood’s confident direction and one memorable performance.

The aforementioned performance comes courtesy of the always excellent Tom Hanks. The past few years have brought us some seriously impressive Tom Hanks movies. From Captain Phillips to Bridge of Spies, Hanks has been on one hell of a winning streak. If we, like everyone else, can forget about his recent misfire with Inferno, then it’s safe to assume that Hanks will keep delivering.

In Sully, Hanks makes you forget about every other cast member. He’s the center of attention, and he deserves to be. He shows off an incredible range of emotions that will make viewers tear up not long after they’ve finished cheering. The plane crash scene in particular, thanks in large part to Hanks, will leave you on the edge of your seat.

Sully isn’t groundbreaking, but it’s certainly well done. Hanks keeps viewers interested even when the script gets sappy and cliché. Every scene gives people a reason to love him more.