Robert McKee once wrote ‘in comedy, laughter settles all arguments’. It sounds simple, but it’s true. We as an audience can be guilty of over-analysing the genre, but in truth if a comedy makes you laugh then it did its job.

What’s sad is that comedy is a genre that’s been struggling in recent years. It’s become a rare thing to go to the cinema for a funny film, and consistently laugh. That being said, Hollywood still delivers a classic every once in a while.

Just to confirm, this list will not include films that are arguably not comedy movies. Just because a movie includes some humour, doesn’t automatically make it a comedy. For example, as funny as Deadpool may be, it’s still a superhero film. Baby Driver is still an action movie and The Nice Guys is a neo-noir. Yes, they are very funny at times, but they’re not straightforward comedies.

Below is a list of the funniest, smartest, strongest and best comedies of the 21st century… so far.

20. Anchorman: The Legend of Ron Burgundy 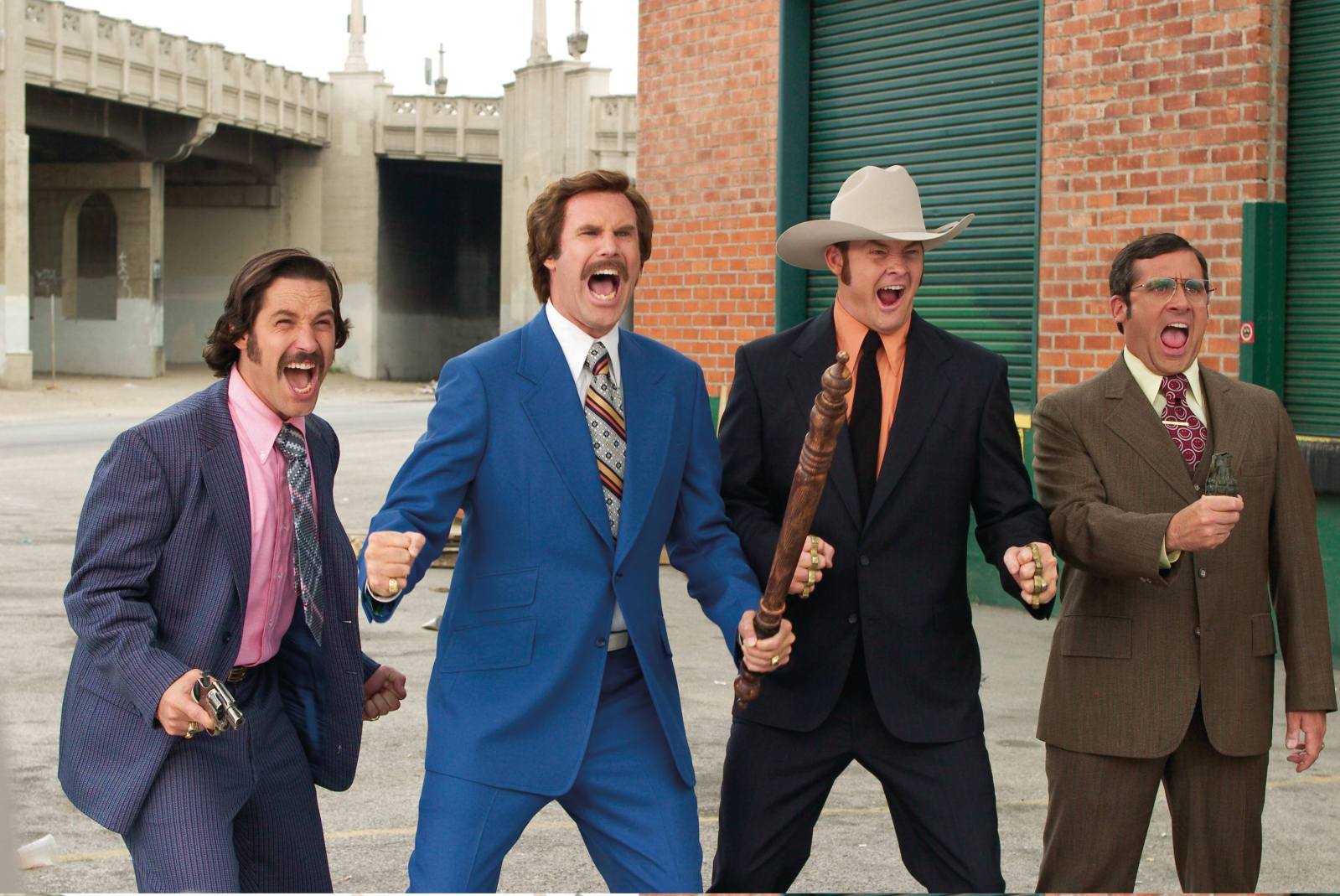 Anchorman is a true cult classic. This film found its audience gradually over the years, and is now hailed as one of the funniest comedies of the noughties. Fans were finally given a much-anticipated sequel in 2013, which sadly failed to live up to expectations, but its predecessor still lives on.

The film is directed by Adam McKay, who co-wrote the script with Will Ferrell, and to this day this is the best film Ferrell has been involved with. The actor is an often overrated star, but this works because the film doesn’t live or die on his shoulders. He has a host of talent around him, including the likes of Paul Rudd and Steve Carell, both of whom steal every scene they appear in.

It’s also one of the most quotable films of all time. Let’s not forget ‘loud noises’, ‘I love lamp’ and, of course, ‘60% of the time, it works every time’. Whether a fan of Ferrell or not, it’s hard not to find Anchorman entertaining. 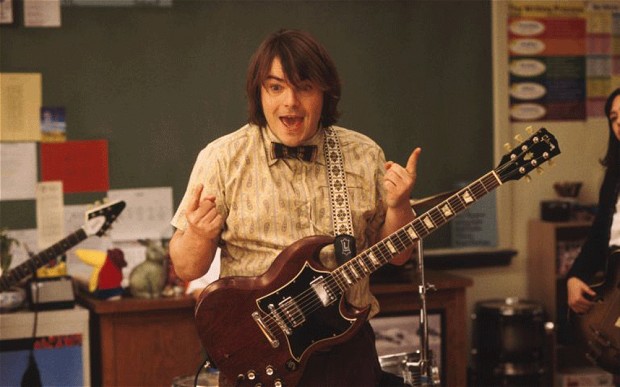 Jack Black has been in a bit of a downhill slope in recent years, but School of Rock is still his finest work. This story about a pretend teacher who spends his time teaching the kids about rock and roll is hilarious but also genuinely charming.

You might find it hard to believe, but School of Rock is actually directed by Richard Linklater (yes, that Linklater). Even more surprising than that is this is still one his best films. It’s consistently very funny, and it hasn’t dated a bit since its release in 2003.

Black is very entertaining in this, and the film is one of the rare examples of genuinely good child performances. Everyone involved in this contributes and does something memorable. It also has a killer soundtrack and a fist-pumping end. School of Rock isn’t just funny; it’s endlessly enjoyable and ridiculously good fun. 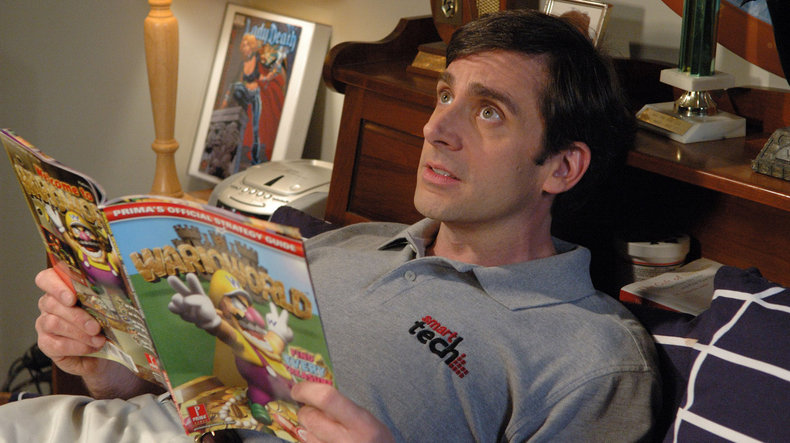 This film uses very similar humour to that seen in Anchorman, but its strength lies in its main character. Andy, played by Steve Carell, is genuinely sweet. You really do care about his character, and this gives the film a surprising heart that is lacking in Anchorman.

It’s still very funny, however, with some classic moments, and a star-making performance from Carell. He also has the likes of Paul Rudd, Seth Rogen and Elizabeth Banks beside him, all giving strong performances, albeit a little over-the-top at times.

A film with this title is the kind of thing you’d expect to see as a straight-to-DVD parody film of some kind. In truth, it’s one of the most popular comedies of the noughties and it’s not hard to see why. It’s sweet yet over-the-top, charming yet hilarious, and it’s some of Carell’s best comedic work. 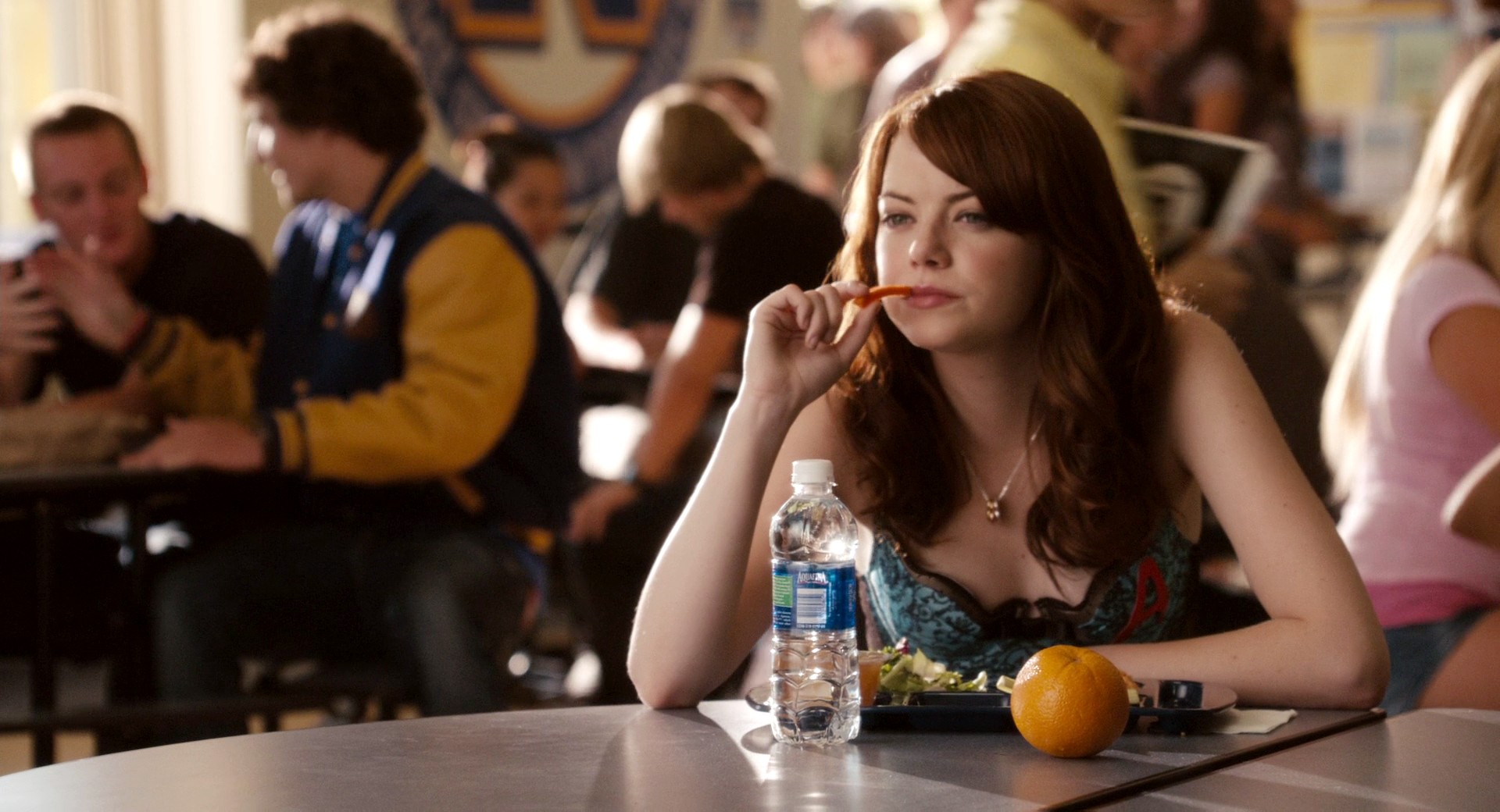 Nobody expected much from Easy A upon release, but in truth, it’s one of Hollywood’s last truly great teen movies.

Will Gluck’s film stars Emma Stone in her first leading role as Olive, a girl who starts letting boys tell their friends they slept with her, in exchange for gifts. Of course, she gains a reputation and things get progressively out of hand.

This is a terrific teen movie because it really grasps what it’s like to be in high school. In comedic fashion, it gets across the power of gossip and, more importantly, one’s desire to stay relevant in school and be talked about (despite what may be being said).

This film is genuinely funny, but it is also very smart. Teen comedies are a dying breed, but Easy A masters the genre, and Emma Stone officially became a star in this role. The film deserves a lot more attention than it receives.

Sacha Baron Cohen is a very talented comedian who sadly has frequent missteps. Grimsby didn’t work, and the less said about Brüno and The Dictator, the better. But, in 2006, Cohen released Borat, his greatest achievement to date.

On the face of it, one could write it off as being a dumb, crude comedy, but Borat is actually a very smart film, in which we see Borat go to the United States and are shown some genuine, real-life reactions from ordinary people. It’s fascinating to watch how people might react to someone like him, and it makes not just for funny comedy, but fascinating character studies.

At the same time, the film is incredibly over-the-top and crude, but in all the right ways, and it will only hurt those easily offended. Humour is very subjective, and the comedy in Borat isn’t going to be everyone’s cup of tea, but if you’re not easily offended and don’t mind a bit of crude comedy, Borat is one the funniest films you could possibly see.

In the post-Shaun of the Dead era, zombies were everywhere, and the best film to come out of that phase was Zombieland. Ruben Fleischer’s film starring Jesse Eisenberg, Woody Harrelson, Emma Stone and Abigail Breslin as a group of people trying to survive the zombie apocalypse is short, sweet and hilarious.

This film doesn’t over-complicate itself. It’s a silly comedy about zombies, but it’s consistently funny, it never overstays its welcome, and it lives on the strength of its main cast, all of whom are on top form and have excellent chemistry together.

The visual gags are as funny as those spoken out loud, and the direction is surprisingly imaginative. It also contains one of the greatest cameos in film history. Zombieland is an absolute riot.