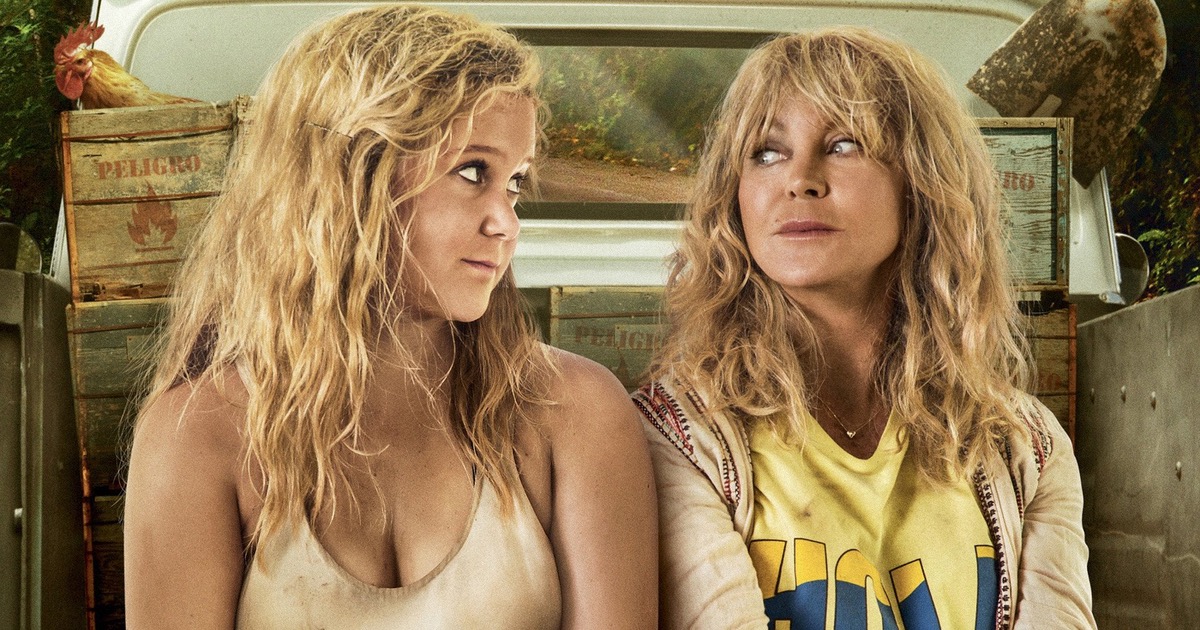 Amy Schumer has enjoyed an incredible rise to the top: breaking through to mainstream American audiences thanks to NBC’s Last Comic Standing, Schumer became one of the most successful stand-up comedians in the US, and her raunchy stand-up routine garnered a number of young fans. In 2015, she starred in the big screen comedy hit Train Wreck and enjoyed critical acclaim as a new face and voice in comedy. This sort of quick success would probably push any performer to capitalize on it–especially when big studios are guaranteeing a big payday.

From this inkling came Snatched, a big-budget comedy starring Schumer and Goldie Hawn, and the first film Hawn has starred in since 2002. The story of an estranged mother and daughter who go on vacation to Ecuador but get kidnapped and held for ransom, early previews of the film didn’t exactly generate excitement. When the first reviews came out, the initial hesitation of the film’s potential audience turned to active indifference, and when the film opened on Mother’s Day weekend 2017, the film was marked dead on arrival.

The plot is predictable, and all of the familiar beats it hits are telegraphed from a mile away. Finally–and the most crucial element of any comedy–it wasn’t particularly funny. A lot of the humor fell flat, and when an occasional solid laugh does show up, too much time had passed since the last one. Maybe Schumer’s sharper instincts will return in her next outing because as Snatched suggests, a toned-down Amy Schumer doesn’t seem particularly funny. 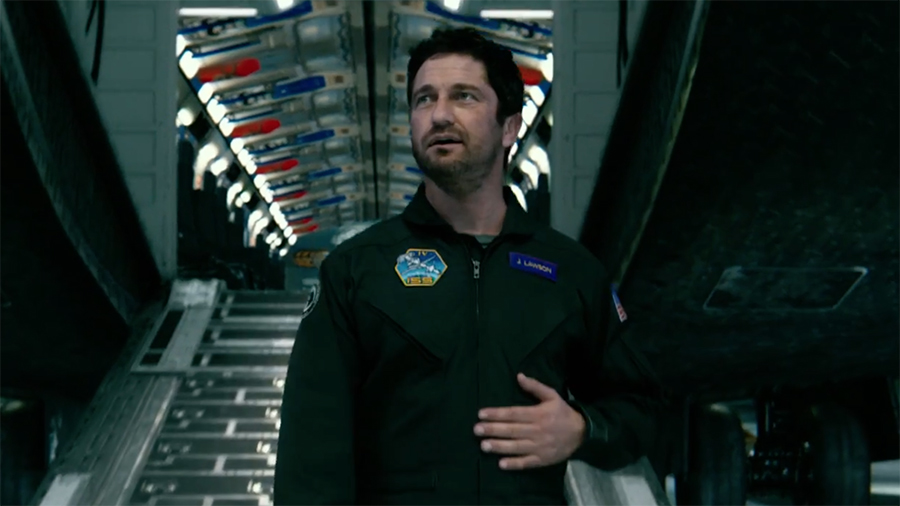 Anyway: Geostorm follows the story of the efforts of a group of people who are trying to stop some rogue agency that’s using satellites to disrupt weather patterns on earth that create major natural disasters and—oh, who cares? This film was made so people can go into a movie theater and watch major cities get destroyed by spectacular natural disasters. That’s all audiences want anyway, right?

Something was rotten with Geostorm from the get-go: with principle photography beginning in 2014, it was bumped from its 2016 release date due to disastrous preview audience scores, which led to reshoots by a new director and under the supervision of executive producer Jerry Bruckheimer.

Finally released in October 2017, it immediately failed at the box office and with critics, one of whom stated that it was “the stupidest film I have ever seen.” Worldwide audiences managed to help the movie turn a profit, raking in $207 million on its $120 million budget, but don’t expect to see Geostorm 2—or meet anyone that has watched Geostorm more than once—in the near future. 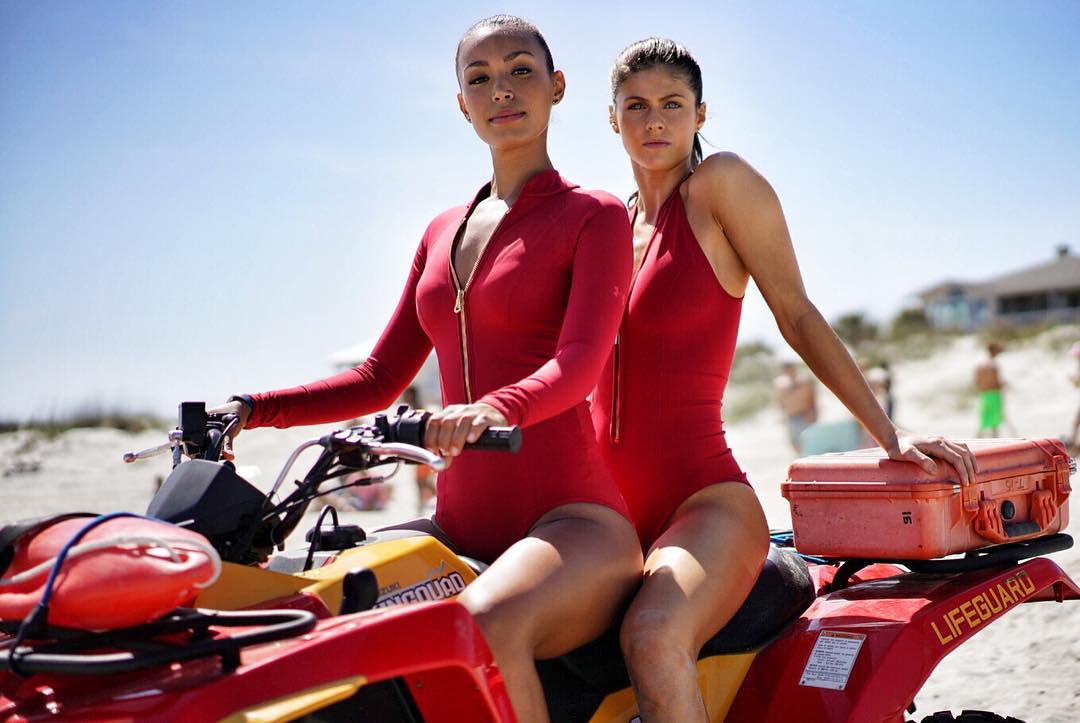 Baywatch was a syndicated TV show that ran from 1989 to 1999 and was once billed as “the most-watched show in the world,” recording a billion viewers in hundreds of markets across the world. It would be nice to say so many people watched it because it was an incisive, cinematic, and well-acted show that depicted complex characters experiencing the various highs and lows of life while creating a rich tapestry of meaningful expression on the human condition, but that would be a lie. People liked it because it featured buff bods and buxom babes running around on the beach in skimpy clothing.

And that’s fine. We’re all human beings that enjoy a prurient thrill every now and then–especially back in the 20th century, when internet access to such things was limited. But like Playboy, there’s no real purpose for that kind of entertainment anymore. And this might shock you to find out, but a show that was mostly about women jogging around in swimsuits was somewhat shallow. But Hollywood–never being able to pass on literally any pre-existing property hoping to cash in on its fan base–gave the green light and handed over $70 million to produce a big-screen adaptation of Baywatch.

The results were expectedly terrible, of course. Centered around a group of lifeguards on a Florida beach and the various intrigues and romances they get into, it’s possibly the most disposable film to enter theaters in 2017.

Directed by Seth Gordon–who previously made the similarly craptastic Pixels in 2015–and starring Dwayne Johnson, Zac Efron, and Alexandra Daddario, one wonders why this film was made in the first place, and even further why it has a two-hour running time. Considering the original series made 242 episodes, you could save some money and just screen two episodes of that back-to-back and garner the same experience as you would from watching this film. 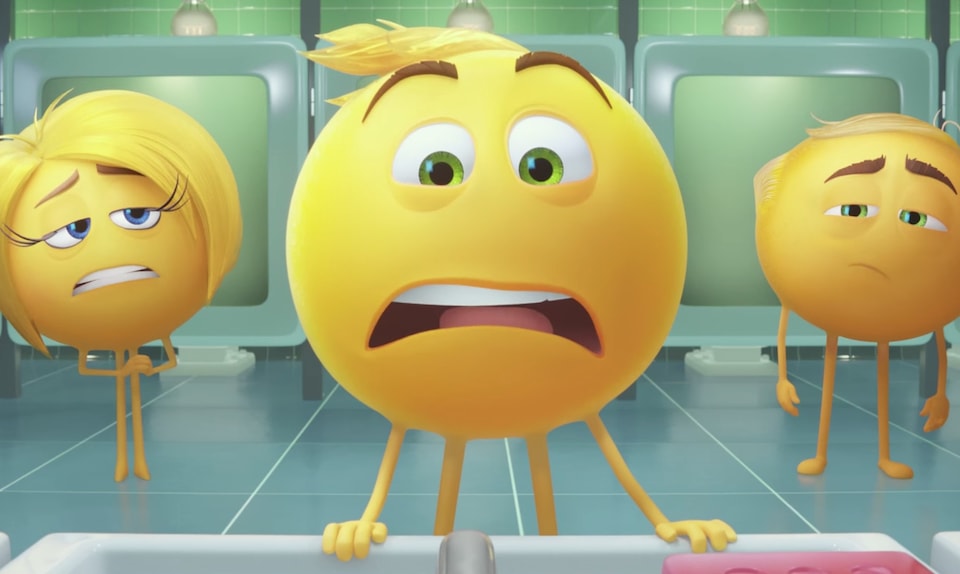 Listen: kids aren’t stupid, but Hollywood thinks they are. What’s more, Hollywood tends to live, breathe, and die by passing fads and their ability to capitalize on them through their films. This is where we get things like Angry Birds: The Movie. And not to let any popular concept–no matter how disconnected it is from any sense of narrative purpose—go by without at least attempting to cash in on it, now we have The Emoji Movie forever and ever to ponder over, a sort of Pet Rock or Beanie Baby of the modern times.

What to say about a movie that’s centered around simplistic images people use as shorthand to convey various feelings and ideas in text messages? The Emoji Movie centers around an emoji that lives in a teenager’s phone that tries to find his place in the universe. Well, the emoji universe. The same one that also features Dropbox, Candy Crush, Instagram, Spotify, and Twitter as major plot points. And a turd emoji voiced by Patrick Stewart.

To call The Emoji Movie baseless and shallow is an insult to the ephemeral in our culture. It’s literally a movie that should have never been made, serves no function artistically or otherwise, and is such an obvious commercial cash-in that it often reads more like a long commercial than an actual movie ostensibly made to entertain people.

But because it’s 2017 and the world is an eternal dumpster fire at this point, The Emoji Movie made $217 million on a $50 million budget. So congratulations, Planet Earth: be on the lookout for Taylor Swift’s Twitter Feed sometime next year.

Here it is: perhaps the worst movie to come out in 2017. Not that there weren’t worse movies made and released this year—anyone even loosely acquainted with recent releases could easily name half a dozen “worse” movies than Justice League to be released, ones with incoherent stories, flat characters, and display an overall ineptness at filmmaking. But dollars to donuts and pound for pound, Justice League is a spectacular failure, and one that highlights the large gap between Marvel Studio’s crowd-pleasing endeavors of late and DC’s inability to generate any excitement for their adaptations.

Justice League is about, of course, the formation of the Justice League—a group comprised of familiar (DC) superheroes such as Wonder Woman, The Flash, Batman, and…Aquaman. Following the death of Superman (see: Batman vs. Superman: Dawn of Justice), a group of superheroes band together to fight against the impending doom with which immortal supervillain Steppenwolf threatens Earth. These mismatched heroes argue, find commonalities, and eventually join forces to defeat this threat, all while Superman returns from the grave.

Which is all well and good for a Justice League movie, provided that it’s done right. But since the ensemble cast shares the spotlight, the characterization of individuals is thin, and its overdone CGI effects clash jarringly with the more realistic elements of the film. The result is a less witty Marvel movie that seems more dour than fun to watch. Add to this its $300 million production budget and you have one of the most expensive films ever made that doesn’t seem to satisfy any of its core demographics.

Raking in $600 million at the box office—which, surprisingly, is still considered a disappointment—it would be surprising if DC continued its ill-fated modern entry into the superhero film genre. However, with such (seemingly) bankable, familiar characters and an audience that’s thirsty for superhero films, whether good or bad, it wouldn’t be surprising if the worst film of the year ended up with a six-picture deal when all is said or done. So much for taste.