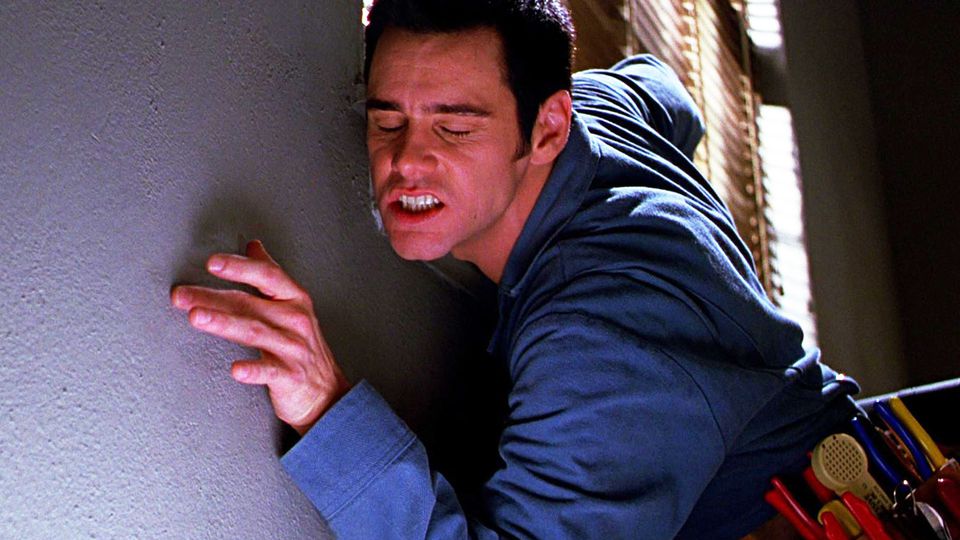 There are many famous actors who have tried themselves behind the camera with outstanding results, with the likes of Clint Eastwood, Woody Allen or Jodie Foster who have earned themselves the title of successful directors and shown their diverse talents.

Some actors however, should have just stuck to being on screen, as their attempt to create a movie and take on the big and responsible role of directing simply made them look foolish and made their fans, even the most devoted, question their talent in the world of cinema.

Although actors have their fair share of victory in a good movie, without a director’s vision from a person who knows what they are doing, someone who can act as a guide to the chaos and drama in front of the rolling cameras, many actors wouldn’t get to the level of success they are at or reveal their true potential. Therefore, it is not enough to just want to sit in the director’s chair, rocking the creator’s badge and megaphone.

Some actors however, like the ones in the list, seem to have thought the job to be exactly that – without considering the deeper aesthetic requirements.

So here is a list to cry or laugh over some actors who should have stuck to what they know, and not tried to climb over the creative Everest that is directing. 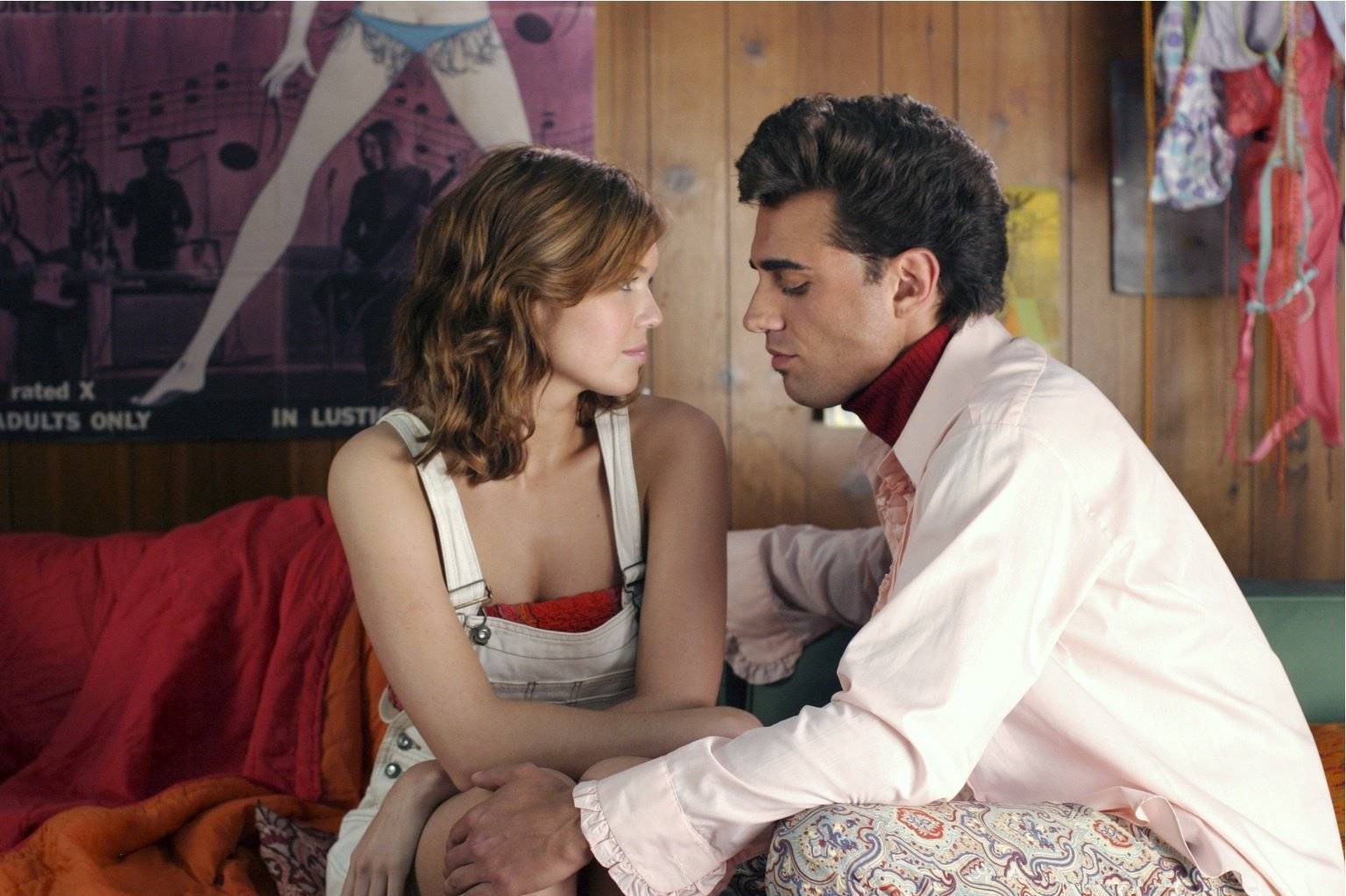 John Turturo’s sing along musical is a brave and quite interesting addition the the musical genre, and quite entertaining considering the quite common theme of a family man being confronted about his adultery forcing him to chose between the two lives that is curiously supported by spontaneous song and dance numbers of classic tunes done in an unusual fashion. This however, doesn’t change the fact that the movie itself is very predictable, lacking any depth to its plot or subplots.

Despite this being his third directed feature, it is surprising that the structure of the film is so inconsistent and not well planned, considering the fact that we meet the seductive mistress Tula (Kate Winslet) over the half-way time mark, which is a shame considering her performance is one of the more positive aspects of the film.

The karaoke styled numbers are definitely not appreciated by all, especially considering the passionately out of tune singing performed at some instances that forces one to question whether Turturo will ever make up his mind about the movie being a comedy, drama or simply a parody in which case it’s not a very successful one overall. 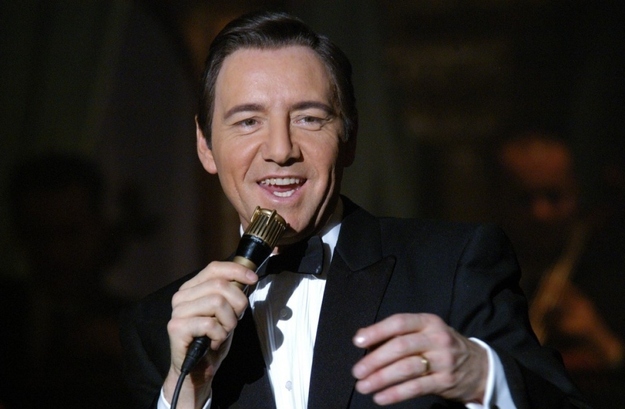 Despite the generally generous reviews from critics, the casual cinema goers didn’t approve of Spacey’s directing feature. Perhaps the problem was that he, like many actors turned directors, decided to make this movie a vanity feature by giving himself the leading roles in front of and behind the camera as director, producer and male lead as the famous singer of the 1960’s, Bobby Darin.

Taking on the challenging biographical pic of the performer’s life and rise to fame, along with details of his marriage with Sandra Dee (Kate Bosworth) and his breakdown, Spacey got carried away by the drama he wanted to portray by adding fictitious facts to the protagonist’s life, as well as making the movie a conversation between Darin and his younger self, with quite lifeless performances that are constantly interrupted with the most dramatic musical numbers that although are a spectacle add nothing significant to the plot – perhaps this was simply another showcase of his own talent considering his voice is quite pleasing.

If he had focused more on the structure, rather than making the movie a personal gallery of self portraits, the movie could have had something to offer about the famous persona, but unfortunately Spacey was too preoccupied in presenting his obsessions and creative ideas without giving a second thought to whether it would actually work or have any meaning altogether. 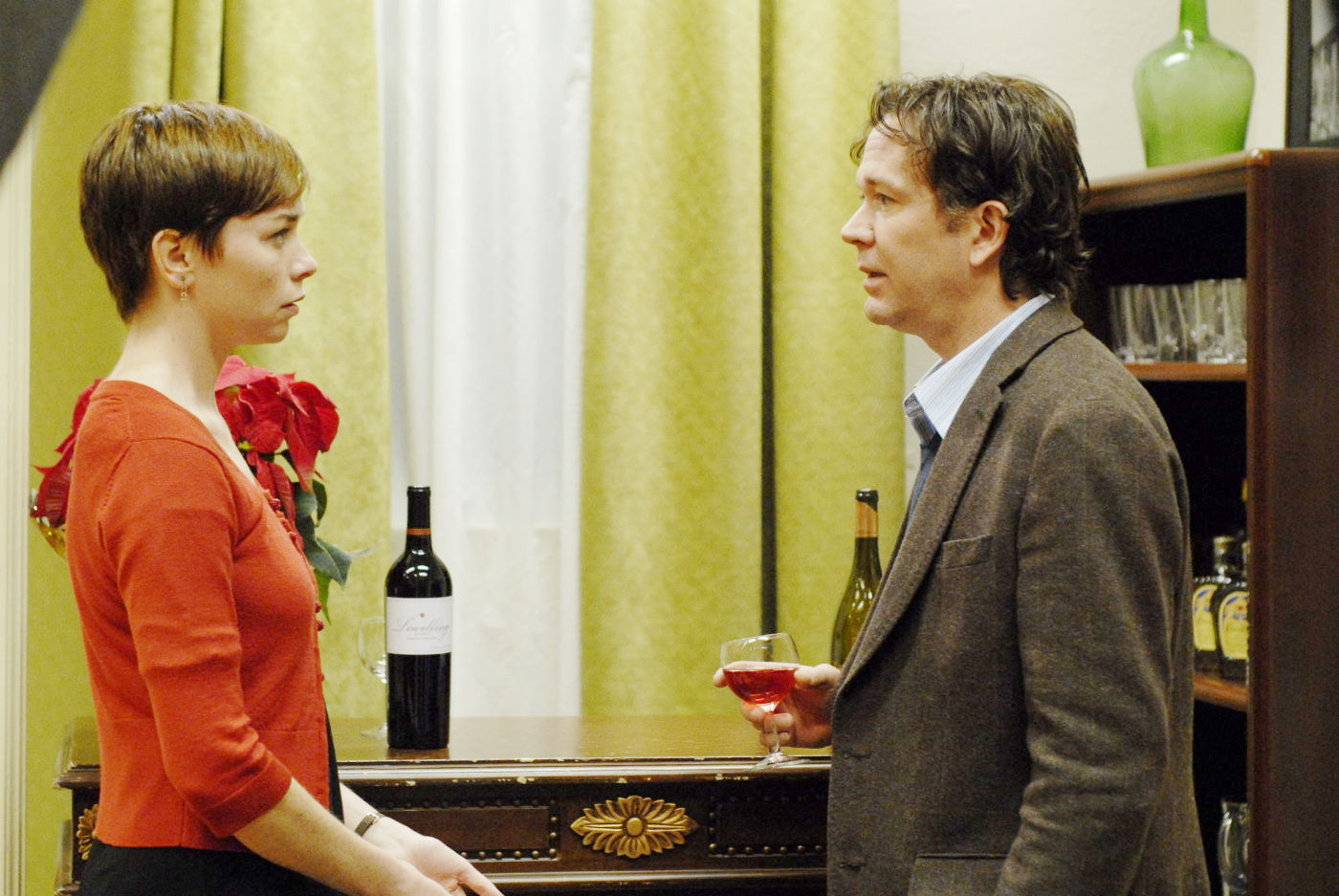 Back in 2009, Krasinski, best known for his role in the sitcom The Office, decided to write, direct, produce and star in his adaptation of David Foster Wallace’s short story collection of the same name, Brief Interviews with Hideous Men, that follows a young graduate (Julianne Nocholson) who after a bad break up decides to ease her pain by conducting interviews for her thesis with men in regards to their fears.

Despite the mixture of reviews, it is fairly obvious that Krasinski was caught in the guilty moment of trying too hard to make things work. This had its obvious set backs. The movie seems to be showing us the same scene exposed in several different ways – but at the end of the day it is still the same scene. Despite the actors’ great attempts at nailing the characters, the men (or the subjects) are not characters in themselves but rather the embodiment of a point that the author of the book was trying to make.

One thing can be said about this directing attempt – Krasinski definitely deserves appreciation at the idea of attempting to break down and tackle such an emotional and deep piece of work. But this is not an achievement in itself, but rather an award for ‘participation’. 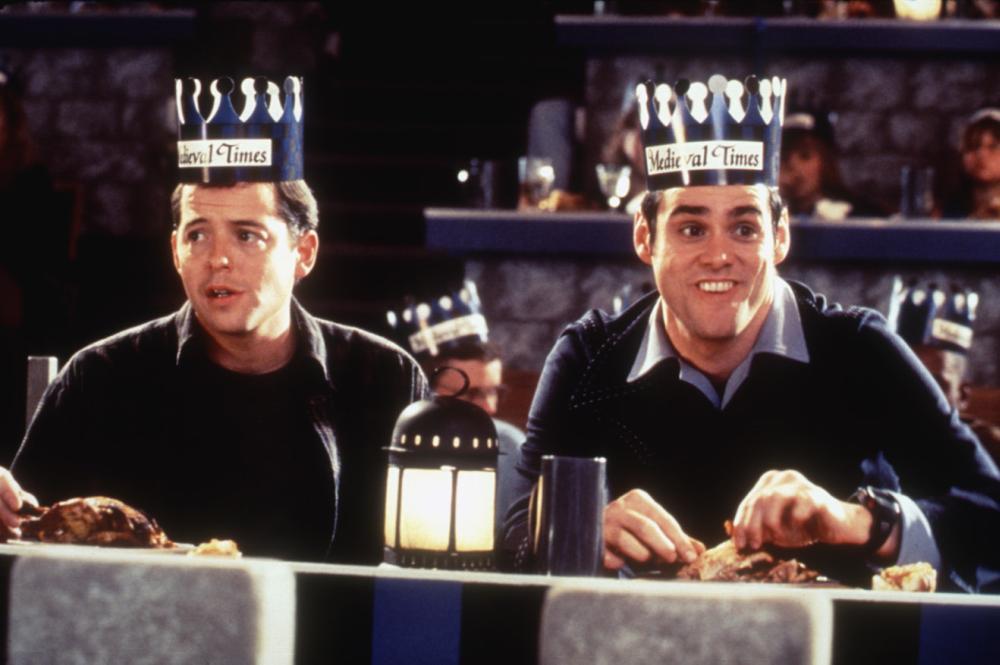 The Cable Guy has received a lot of mixed reviews, but one thing is for sure, it didn’t help Stiller rise anywhere near the plank of a good director. The things that perhaps more or less saved the production is the one and only Jim Carrey in the role of the cable guy, whose humour and the well known exaggerated actions fans will never get enough of.

The story fits quite well into Carrey’s genre. Employed by Steven (Matthew Broderick), Chip (Jim Carrey) agrees to fix up some extra premium channels for the man who is suffering from a troublesome relationship.

But his generosity doesn’t stop there as he continues to interrupt Steven’s life with strange dinner parties and attempts to fix his relationship; but once his intervention proves too much and Steven makes attempts to stop the cable guy from interfering in his life. This is where things get nasty as Chip’s rejection causes rage and vengeful behaviour.

Although the story is quite entertaining, but when Chip begins to carry out his revenge, Stiller makes his character go to unnecessary extremes that stop being funny after a few scenes which commonly drag out twice as long as necessary, while Chip’s character itself remains undeveloped despite Stiller’s attempt to give more background information for this ridiculous behaviour through flashbacks. 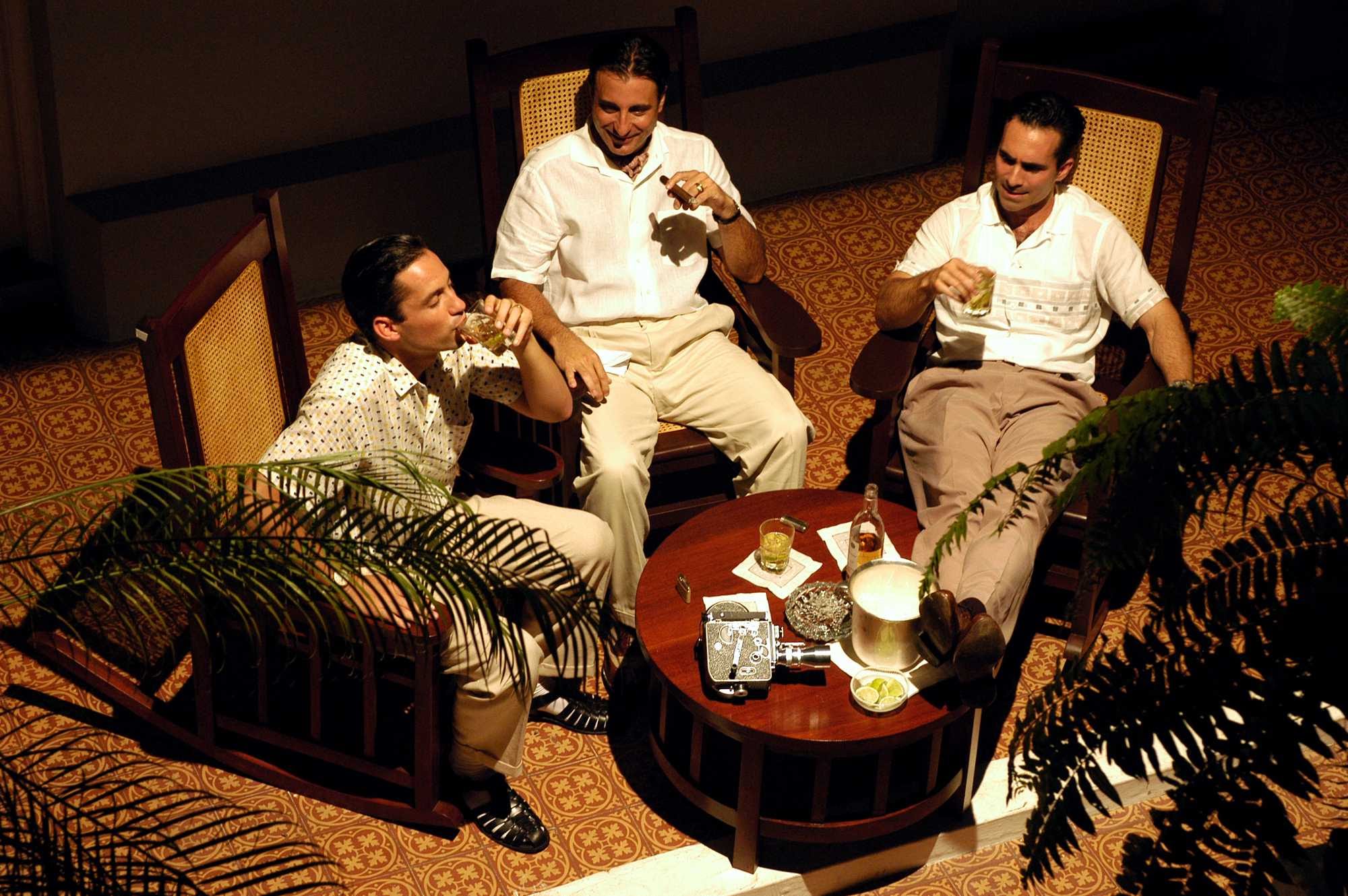 In The Lost City, actor and first time director Andy Garcia seems to make a successful start, but as the movie continues, the unnecessary dragging length and the directorial stumbles make the movie lose all of its potential.

The plot is set in Cuba, Garcia’s homeland, adding a personal element to the drama, and follows a story during the times of the dictatorship of Batista and the revolution set off by Castro and ‘Che’ Guevara. Played by Garcia himself, the protagonist Fico, the owner of the best music nightclub in town is faced with the revolutionary struggles that hit his life, causing instability in his work, family, love life and his passion for native music.

Although it has solid prospective in the historical aspect, the movie lacks a good director’s eye, causing the movie to be rough and shaky, giving us too much information when not needed and lacking the things the viewer does indeed want development on. Like the protagonist, it is as if the movie is dying to break free from the sealed box it is put into, with unfortunately no success of freedom that it tries to compromise for with excessive dancing and singing.