5. Manos: The Hands of Fate

Harold P. Warren made a bet that any random schmuck could make a film, since it was so easy and is an overrated profession. Warren, a salesman, decided to make “Manos: The Hands of Fate” because of a bet that he was wrong. Boy, did he ever lose that debate, as “Manos: The Hands of Fate” is unquestionably one of the most horrific film experiences in cinematic history.

The main family beetle around in their car for far too long, and the film cuts back to a couple kissing in their parked vehicle for no real purpose. The time of day is always changing until it finally hits night (thankfully, once the film is dark, the continuity can continue). Before it gets dark, the family is warned about the coming of the nighttime by Torgo, a satyr that is never questioned, despite his gigantic and backwards legs. Then the family gets warned about “The Master”, and the film decides to feature static shots of a painting of said Master for a minute at a time without cutting away. 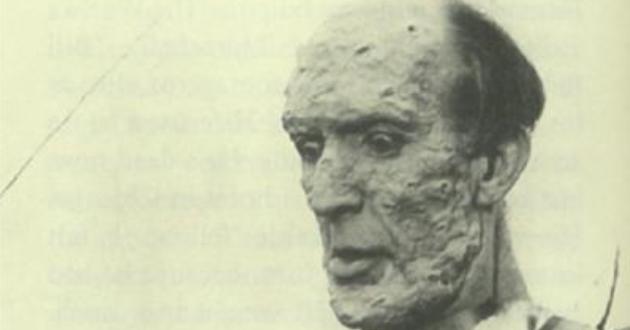 This entry may be more well known for its connection to the satirical series “Mystery Science Theater 3000”, but try to imagine this film without the smart commentary on top of it. It is a 68-minute film that feels like 680 minutes, as it is by far one of the most boring films ever created. Bill Rebane clearly did not know how to create dread or fear in his horror film, because “Monster a Go-Go” is insufferable. An astronaut goes missing when he returns to Earth, and it is presumed that he turned into this monster that terrorizes a city.

Much of the film is implied, or the blanks are filled in by mind-numbing narration, including vital scenes that carry the plot (whatever plot there is). The movie ends with the worst case of deus ex machina imaginable: a note is brought up that the astronaut was found. This leaves the monster to be either an alien representation of the astronaut-turned-monster (figure that one out), or the monster was completely imagined (which makes no sense).

Not only is this thriller pathetically confusing (mostly due to laziness), it is a challenge to watch. So many scenes take way too long (that ending has to be one of the most monotonous scenes in film history). Is it right to be so hard on a B-movie? While many B-movies are (unsurprisingly) low in quality, “Monster a Go-Go” is built on a lack of care, a missing will for direction, and zero desire for creating authenticity, The only enthusiasm this anger-inducing flick ever has is in its misleading title. 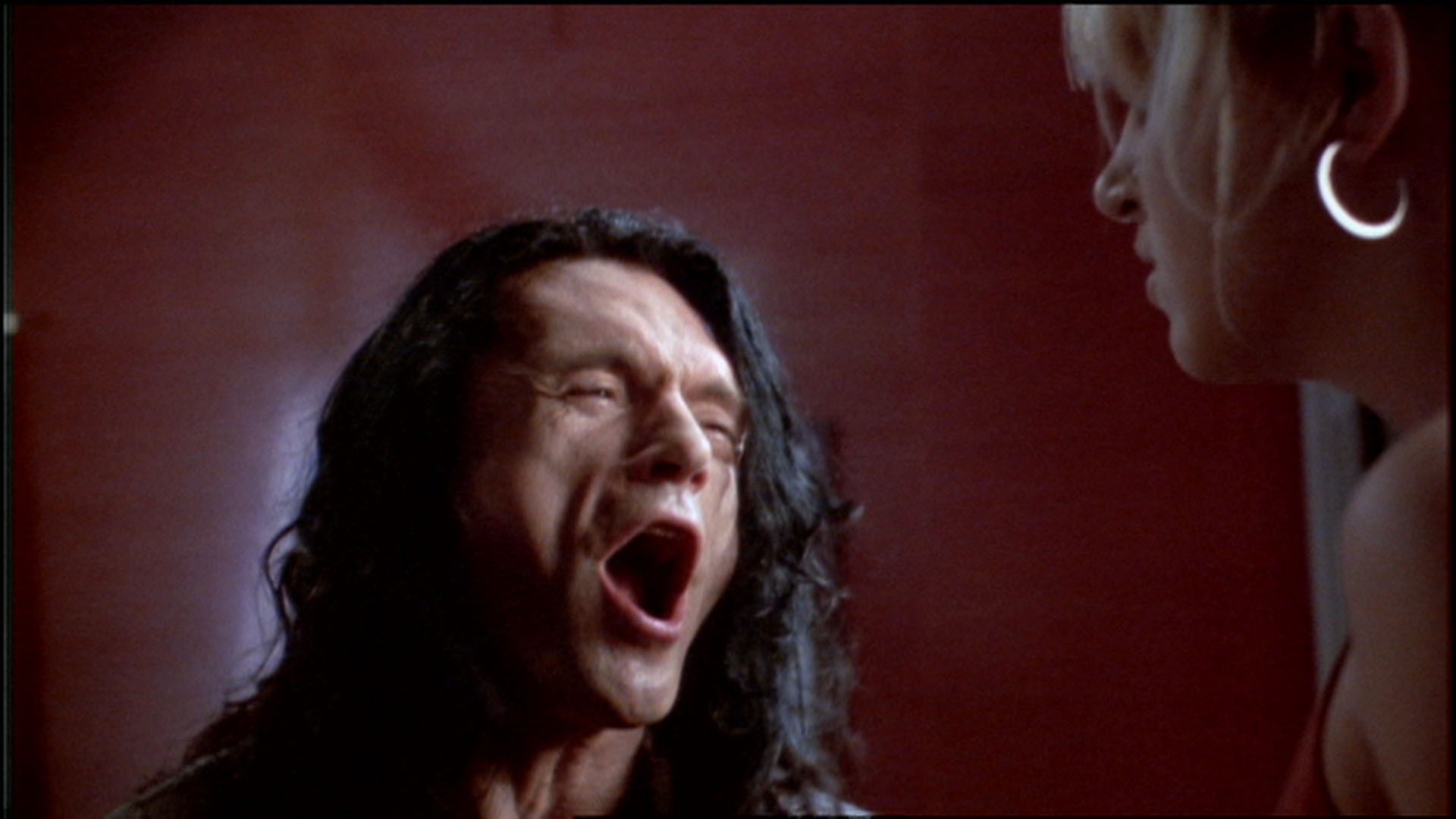 Like Ed Wood’s filmography, it feels evil to batter poor old Tommy Wiseau again and again; this is especially true, since “The Room” has brought so much unintentional joy to millions of us around the world. However, when it comes to the films that showcase the worst examples of direction, you simply cannot exclude “The Room”. Virtually everything in this film is wrong, and most of that irresponsibility boils down to the fact that Wiseau has no idea what he is doing. He directed, wrote, produced, and starred in this catastrophic project (amongst the other responsibilities he took on).

As a result of his “control” over the film, nothing makes cinematic or literal sense. Every take seems like the absolute worst take that was shot, and yet they are all used. The line delivery from everyone (but especially Wiseau) is terrible and without authenticity. Every shot kind of just exists without any real motive or purpose. Clips are reused in later scenes in the film (unfortunately, they come from the first awkward lovemaking scene, too). Stock footage is tossed in with no rhyme or reason.

Even the props are wrong; there are picture frames with the store-provided images of spoons left in them (this has turned into a favourite aspect for cult fanatics of the film, who use this opportunity to throw plastic spoons at the screen at midnight showings of the movie). Many people love “The Room”, because it is an unbelievable feat at getting virtually everything within a movie incorrect. Do we worship or condemn Tommy Wiseau for this? I vote worship.

2. Alone in the Dark

You cannot talk about bad directors without bringing up Uwe Boll, who seems like a fictitious character. He got by on the German tax laws that secured him with a large percentage of whatever his films made regardless of how well they did. This allowed Boll to make stinker after stinker, which is why his catalogue is so damn atrocious.

“Alone in the Dark” is often brought up as being the worst of his films (and that, let me tell you, is saying a hell of a lot). The sounds are overbearing and are difficult to make sense of whatever is going on (especially during action sequences). The plot doesn’t make much sense, either, as the dialogue stews in exposition that doesn’t add up throughout the entire picture. Oh yeah, the digital effects and the editing are bottom-of-the-barrel, too.

This is a film that is clearly meant to focus on the stunts and action, and even those do not deliver, since they are laughably bad. When the film isn’t trying to show off, it is a snooze-fest riddled with nonsensical drivel. To get back to Boll and how he doesn’t quite seem real (unfortunately, his films are very real), he has often threatened to fight his critics in the boxing ring to settle their disagreements.

If only he put that much desire into his films instead of relying on the benefits he got from his critical bombs. Luckily, that legal loophole is no longer in effect, and Boll has finally tried a little bit harder with his films. Sadly, it was too late, because “Alone in the Dark” still exists. 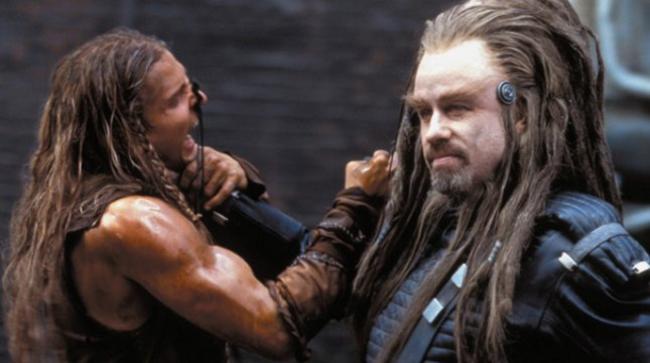 One of the greatest examples of awful directing can be found in Roger Christian’s epic disaster (and those aren’t genre labels) “Battlefield Earth”. There is a scene where John Travolta’s Psychlo, Terl, is being told that he has to continue his work for “50 cycles”.

The scene slows down and gets dramatic when he is told he has “endless options for renewal,” as if this is the biggest punch of the start of the film. Once everything subsides, he is then quietly told that those options are not up to him. Would that minor detail not be the biggest blow Terl has to put up with? If you ever want to see the emphasis placed shockingly poorly in a scene, that is the scene to watch.

Of course, you also have the entire film being a nauseating experiment that defies everything that cinema is all about. Almost the entire film is on a slant (or shot with “Dutch angles”), and it is vomit-worthy. The amount of slow motion and echoes tossed in will send you back to the fetal position.

It’s as if the film is ambitious in going the wrong direction for as long as possible, because it exploits its many wrong choices every minute. “Battlefield Earth” is a cynical movie that doesn’t even have a valid atmosphere (which is sacrilegious for a science fiction film). Want to see everything you love about movies get removed from a film? Watch “Battlefield Earth”.