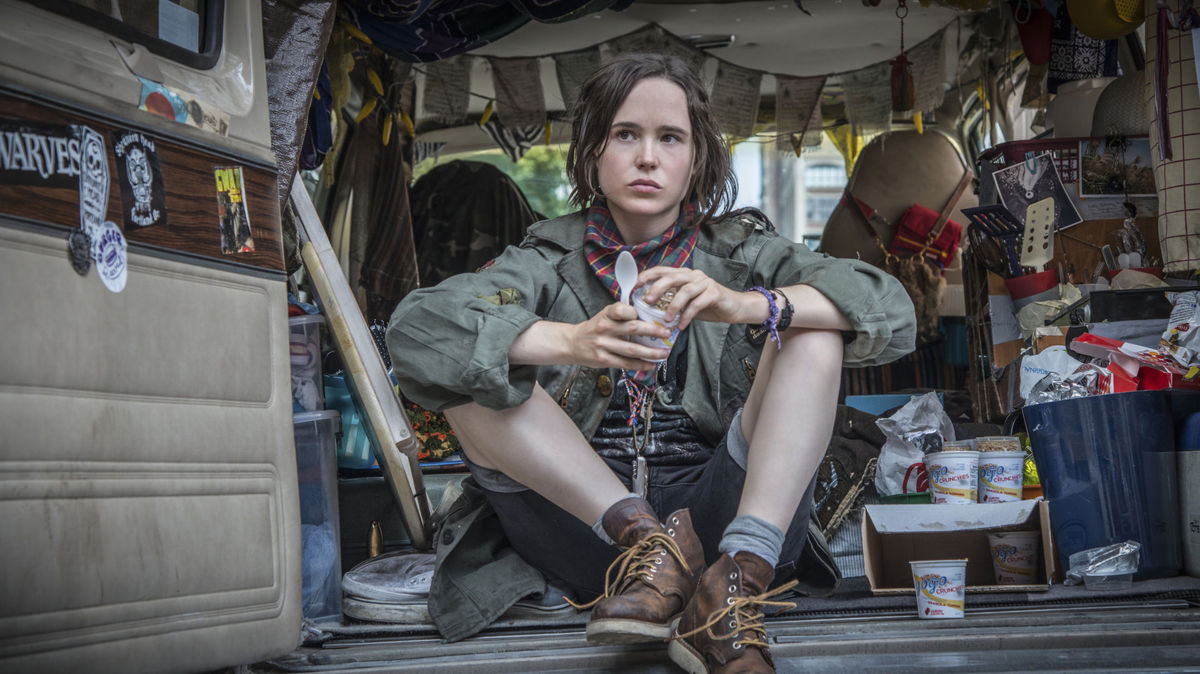 In Tallulah, Ellen Page gives one of her greatest performances since Juno all the way back in 2007. Ironically, this performance also revolves around her quirky character having to deal with motherhood, but there’s a twist this time around. This “twist,” which revolves around her character taking a child that isn’t her own from an unfit mother, helps push the narrative into the kind of quirky territory that proves time and time again to be the perfect fit for an actress like her.

Page’s greatest gift is her ability to switch from dry comedy to raw emotion in a moment’s notice. In Tallulah, this particular gift of hers is her greatest asset. The movie juggles deadpan comedy with heartfelt dramatic moments, and it desperately needs a lead that can keep up. Page’s ability to handle the complex character written by Sian Heder is admirable. She does a phenomenal job of bringing every tiny layer found in her character to the screen.

What’s equally important is the fact that Page avoids playing a character she’s played before. She could have easily modified her character from Juno and read the lines, but instead she chooses to give the audience a character that’s entirely unique. She takes everything she’s great at and infuses it into a unique, loveable character that will stick with you after the film’s conclusion. 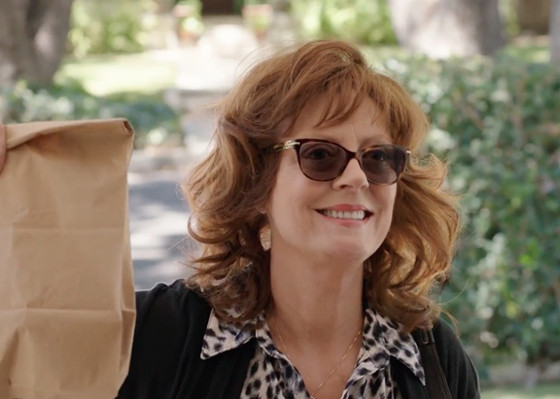 The Meddler provides Susan Sarandon with her best role in a long, long time. The movie doesn’t take too many risks, but thanks to a sharp script and a game-changing performance by Sarandon, it’s a surprise indie hit. It’s one of those movies that absolutely needs starpower in order to succeed. It’s good news that Sarandon managed to snatch the role. She’s the heart of the movie.

Sarandon plays a lonely mother, who finally gets to spend quality time with her daughter after following her to Los Angeles. Unfortunately, Sarandon’s character starts to get a little overbearing, which causes the real story kick off. The movie is sweet as can be, thanks in large part to Sarandon’s performance. She plays the “caring mother” part excellently. She’s charming, funny, and just the right kind of annoying.

You’ll likely notice some overly familiar moments in the movie, but they’re easily forgiven if only because Sarandon does such an impressive job. It’s hard to leave the movie hating it but you’ll be head-over-heels in love with Sarandon’s character. You’ll surely be able to point out some flaws, but they’re non-issues compared to what the movie has to offer.

Shoutout to director Trey Edward Shults for casting his family members in his feature length directorial debut. It’s not every day you see a director make a personal film with people close to him or her. Krisha is light on starpower, but it has a surprising amount of talent regardless. Not only are the writing and direction top notch, but this cast of amateurs is also loaded with natural talent.

The star of the show is Krisha Fairchild, who fittingly plays the titular character in Krisha. Playing a mentally ill former addict, Fairchild avoids making her character into a stereotype. She could have delivered a hammy performance filled with overacting, but she knows we’ve seen it before. The key to Fairchild’s success is her subtlety. She doesn’t completely avoid getting noisy, but it’s the quiet moments that truly stand out by the end of the movie.

In general, Krisha succeeds because it’s so minimalistic. Movies like this have a tendency to be a bit too forthright for their own good. There’s no need for interpretation because everything is neatly laid out for the audience. Krisha takes a different approach to the family drama, and Fairchild knows this. She wisely keeps the tone of the film in mind and delivers a performance that feels like a perfect fit. 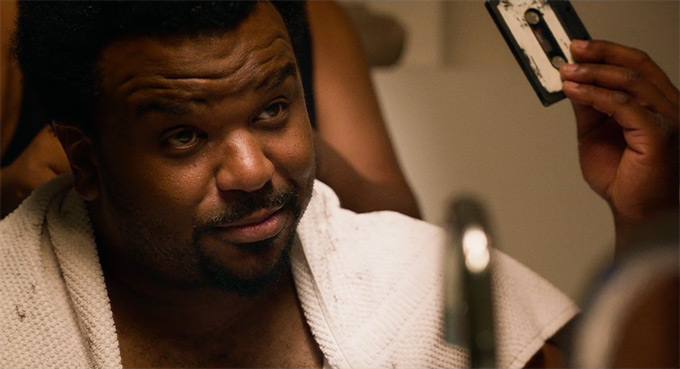 Robinson picked up a Special Jury Award at Sundance for his performance in Morris from America, but that’s the extent of the attention he’s received. In reality, Robinson gives one of the best supporting performances of 2016 in one of the year’s most underappreciated movies. It’s rare to see the normally goofy Robinson play things (mostly) straight, but his role as the father of a misfit American living in Germany is easy to love.

It’s weird to see Robinson playing a stern father figure, but he does an exceptional job. Perfectly balancing his trademark humor with powerful dramatic moments, this is Robinson like you’ve never seen him before. His commitment to playing the hip-hop loving dad is evident from the moment he pops up on screen. He effortlessly takes on the role that he’s tasked with playing.

Robinson shows the hardships of playing the father of an adolescent. His performance is such a success because it feels so natural. Though not a father himself, he comes across as the perfect fit for the role. He disappears in the role in a way that makes you forget he’s the dude from Hot Tub Time Machine.

Not once does Craig Robinson come across as himself. He is Curtis Gentry from the second the movie starts to the moment the screen turns black. He’s probably not as funny as you’re used to, but he makes up for it by showing us he has heart. 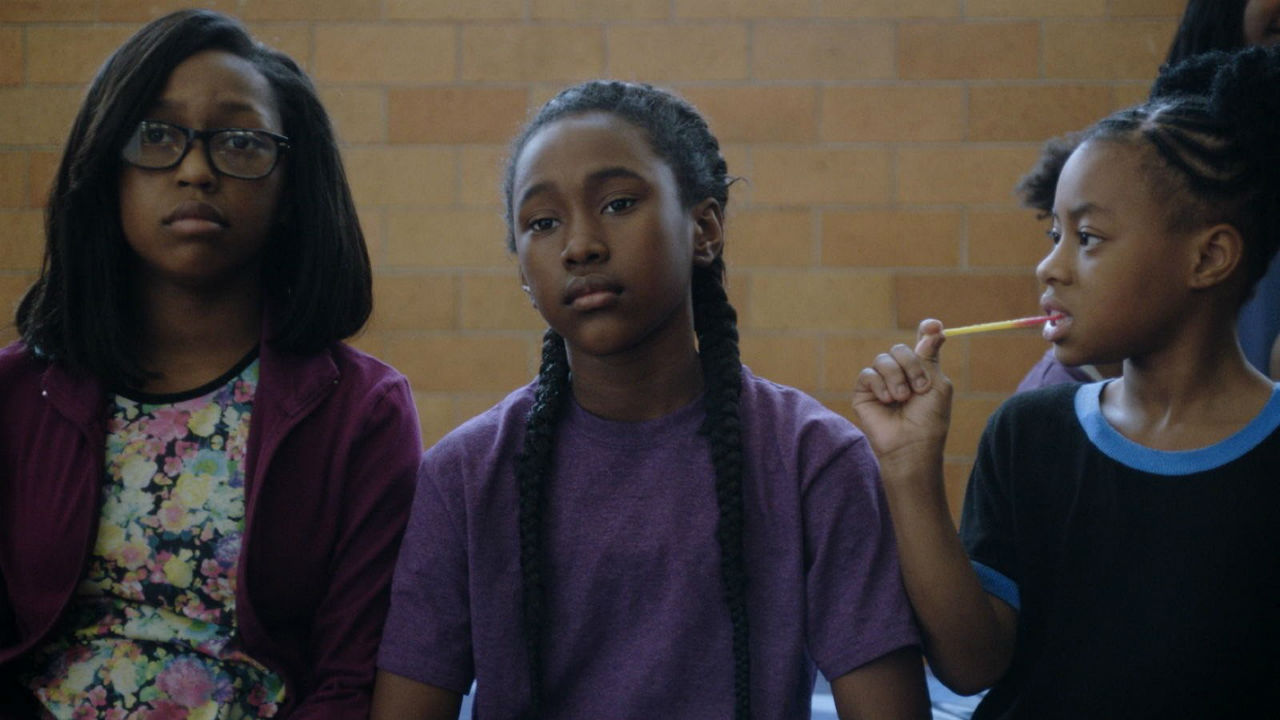 Movies like Manchester by the Sea and Hidden Figures are obvious acting showcases. The Fits, a reserved and contemplative arthouse movie about dance, is not an acting showcase in the traditional sense. With a great reliance on silence and a cast of unknowns, this film doesn’t appear to be dependent on a strong cast. Truthfully, the cast isn’t the first thing that pops up when you watch The Fits. The underlying themes and unconventional script are the more obvious pros to point out.

However, if you pay attention you’ll find that The Fits features one of 2016’s most impressive breakthrough performances coming from 11-year old Royalty Hightower. Hightower delivers a quiet and poignant performance as the film’s lead. She excels when it comes to quietly showing us the struggles young women face at her age. Her awkward demeanor, uncomfortable facial expressions, and apprehensive strut paints a picture of a girl who desperately wants to fit in without knowing how to do so.

The unusual script wants you to leave to the movie knowing how troubling it is to find the right clique at such a young age. What were you willing to sacrifice to be part of a group as a child? The screenplay can’t convey all of this by itself though. The film needs a lead who will make the viewer see through the protagonist’s eyes. She needs to do more than just read her lines. She needs to add to the depth of the already powerful film.

Hightower is more than up to this task. The blink-and-you’ll-miss-it moments of genius pile up over the short runtime. Hightower cherishes every second of screen time by trying (and succeeding) to make a lasting impression on the viewer. She may not be the most talked about aspect of the film, but she still deserves an enormous amount of recognition.