There are plenty of veteran actors still working today, but there are also new faces from the past couple of decades that have shown tremendous talent, and may likely be remembered years from now as the best of their millennium.

This list focuses on those men, who continue to do great work in a variety of films from skilled directors. It should be noted that the top spot on this list would have been reserved for Philip Seymour Hoffman if not for his tragic passing a couple of years ago. Alas, this is still one hell of a group.

It’s hard to believe that Michael Fassbender has only been working in film for one decade, since he already has a reasonably long filmography containing a slew of excellent performances. His devilish eyes are capable of imbuing not only sinister evil, but intense emotion and alluring charm as well. Whether leading or supporting a film, he gives his all and is often the most watchable actor in a scene.

Much of Fassbender’s best work comes from his collaborations with director Steve McQueen, who has brought out the actor’s most illustrious qualities. In Hunger, Fassbender’s third-ever film, he demonstrated awe-inspiring devotion by losing an enormous amount of weight to play a prisoner undergoing a hunger strike. In Shame, he went deep into the mind of a character fighting an internal battle of addiction and unwanted desires.

In 12 Years a Slave, he took on the role of a cruel slave-owner to receive his first Academy Award nomination. He earned another for Danny Boyle’s Steve Jobs, in which he bypassed his lack of physical resemblance to the titular icon and managed to inhabit his personality to great effect.

Next, Fassbender will star in Terrence Malick’s Song to Song (unless his part is entirely cut) before returning to Ridley Scott’s sci-fi universe in Alien: Covenant. He rounds out his 2017 output with a detective role in The Snowman, a mystery involving a woman’s disappearance.

When it comes to completely devoting oneself to the physicality of a character, there’s nobody like Christian Bale. He famously lost 63 pounds for his role in The Machinist before gaining it all back plus an extra 40 for Batman Begins. He has since put himself through more weight fluctuations even when offered to simply wear a fat suit. None of this would mean a thing, however, if Bale were not also such a compelling actor. He has proven himself many a time to be versatile, emotive and just plain exhilarating to watch.

After putting in some solid work in the eighties and nineties, including a particularly noteworthy heartbreaking performance in the underseen All the Little Animals, Bale started off the 2000s with his frighteningly off-the-wall turn in American Psycho. Since then, he has alternated between smaller character-centric films and massive blockbusters in which he is given little to chew on.

While his talents were not always utilized to the best of his abilities, he still knocked it out of the park when given the chance. He has hit his stride in the 2010s, at the start of which he rightfully won an Oscar for his performance as a drug-addicted boxing trainer in The Fighter.

He then went on to receive two more nominations for his work in American Hustle and The Big Short, while shining in other films like Out of the Furnace. Each character he plays in these films have nothing in common with one another, yet he fleshes them all out brilliantly.

Bale will soon re-team with Scott Cooper for the western Hostiles before standing alongside Fassbender in Malick’s Song to Song. The former sounds like an especially good showcase for the actor to do some dirty work. 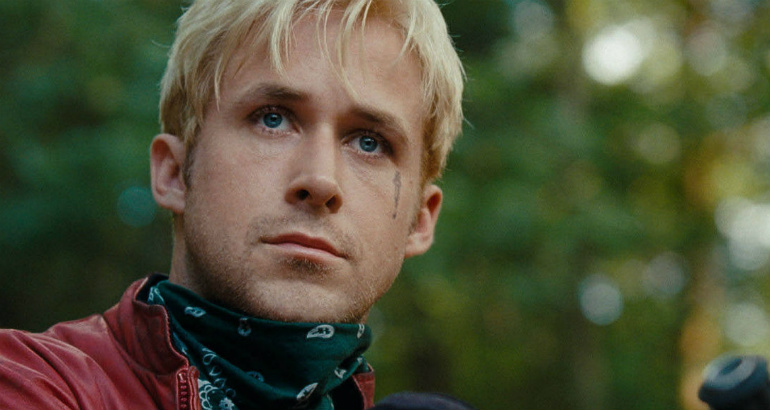 Everyone loves America’s sweetheart, Ryan Gosling. Guys think he’s a bad-ass, girls think he’s adorable, and film lovers think he’s one of the generation’s finest actors. They’re all correct. Sometimes quietly mysterious while at other times wildly enthusiastic, he never fails to command the screen and draw viewers in whether it be with pain or enchantment.

The Canadian actor entered the 21st century with a dark portrayal of a Jewish anti-Semite in The Believer, and continued playing emotionally tortured characters in such films as The United States of Leland. He won over the hearts of millions in The Notebook before earning his first Oscar nomination for Half Nelson, in which he plays an inner-city teacher with drug tendencies.

He was tremendous in the offbeat Lars and the Real Girl, but his most hard-hitting work came afterwards with Derek Cianfrance’s Blue Valentine, in which he tragically molds a dynamic character who discovers and destroys his only love. Gosling found his most iconic film figure in the unnamed protagonist of Drive, who oozes coolness but possesses a brewing sense of violent rage.

He then returned to Cianfrance for another unforgettable performance in The Place Beyond the Pines, again carrying a weight of tragedy with him that hangs over the entire film even when he is not present. He has recently been replacing that painful edge with humor and playfulness, such as in The Big Short and The Nice Guys, and is very probably soon to receive a second Oscar nomination for his delightful musical role in La La Land.

Gosling’s next project is – wait for it – Malick’s Song to Song (not kidding, nor was the convenience of his placement here intentional). He will then star in Denis Villeneuve’s Blade Runner 2049 before reuniting with Damien Chazelle for the Neil Armstrong biopic First Man. If expectations are met, he’s in for a strong set of films here.

Speaking of quietly enthralling actors, Casey Affleck is the king of soft-surfaced characters with intense emotions boiling underneath. His vulnerably cracking voice met with subtle facial tics and the occasional outburst have become defining traits of his unbeatably gripping performances, and the size and quality of his roles have greatly increased in the past decade.

His probable imminent Oscar win should lead to an even further progression of such strong acting gigs, which is especially exciting for long-time fans who have watched him slowly evade the shadow of his more generally famous brother, Ben.

For a long time, Affleck only had bit parts in films, the most popular of which was Good Will Hunting which introduced him as a wimpy sidekick with a desire for more attention.

One decade later, following numerous small roles and lesser-known films, he played a character with similar frustrations in The Assassination of Jesse James by the Coward Robert Ford. Only this time, he was given the spotlight as the naïve and jealous “coward” to really evaluate the inner emotions and psychology of such a character, and he absolutely killed it (no pun intended).

He was nominated for an Oscar for his work – something his brother has never achieved in the acting realm – and finally garnered the kind of notice he deserves for his talent. He has since brought the same amount of brilliant internalizations to more central roles in such films as Gone Baby Gone and Ain’t Them Bodies Saints, and stole every moment he was on screen with a palpable sense of fuming anger and trauma in Out of the Furnace.

Most recently, he did career-defining work as the unimaginably grief-ridden janitor in Manchester by the Sea. The unrepairable brokenness he brings to this character is heart-wrenching to watch, and the few moments in which his agony is brought to the forefront penetrate with immense power. If he does indeed claim Oscar glory for his work, it will be highly deserved.

Set to be released this year are two more films with his Ain’t Them Bodies Saints director David Lowery titled The Old Man and the Gun and A Ghost Story. Affleck is also getting started on the production of another starring vehicle which he will also write and direct himself: a father-daughter drama called Light of My Life. Each one of them sounds very promising.

This may come across as a peculiar choice given his sidelined position in the grand scheme of Hollywood, especially compared to the rest of the men on this list, but Mark Duplass is doing things in indie cinema that are more exciting than most films and performances in the mainstream.

Associated with propelling the “Mumblecore” style of acting into the independent film circuit, Duplass produces low-budget character-driven films in which he often stars as ordinary men (or weirdos, in some cases) who are not so commonly depicted in major films. More importantly, he does so with an irresistibly naturalistic charisma that makes him highly interesting to watch at all times.

One of the main reasons Duplass is such a magnetic presence on screen is the fact that, in many of these films, the scripts themselves are only story blueprints while the dialogue is totally improvised by Duplass and his various cast mates.

Highlights of such cases include his first role in the underrated The Puffy Chair, through to his work in Your Sister’s Sister, The One I Love and Creep. In the latter film, he uses his naturalism in a very different way, making his character unpredictably disturbing and, indeed, creepy.

Most recently, he delivered his best performance yet in Blue Jay, channeling a deep sadness into the soul of a character who remains charming and funny at the surface. While typical movie scenes have pre-determined paths to each emotional beat, Duplass continues to fill those spaces with refreshingly impulsive moments that ring truer to life than the majority of screen performances.

Next, the actor will return as the chilling Creep for a sequel, followed by a departure from his self-written/produced roles as he joins the cast of Jason Reitman’s next outing, Tully. He has signed on to do multiple more films for Netflix in the vein of Blue Jay in the coming years.