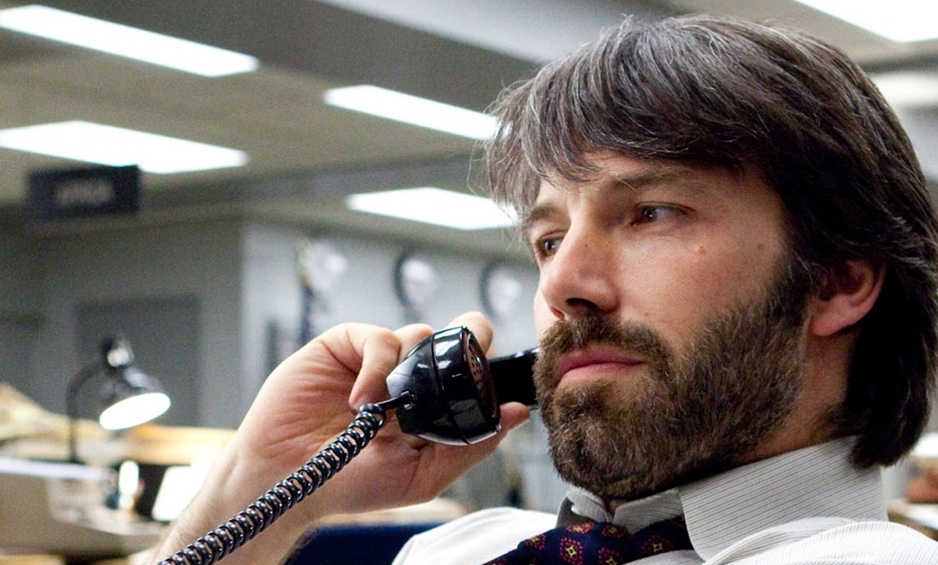 When it comes to the Academy Awards, one of the reasons so many tune in is to see what upsets may occur. Although there are favorites in every category and some are sure to bring home an Oscar, the surprise of watching the underdog–a “dark horse” nominee–win their category makes for an exciting viewing experience.

In some cases, it reveals a split in the vote among Academy members that allows for the dark horse to win, while other times it’s the result of fierce campaigning by the studio during Awards season to secure the vote. Whatever the cause, a controversial win at the Academy Awards is sure to generate buzz (good or bad) for the winner and help claim its place in film history.

Although the history of the Academy Awards is rife with numerous questionable or altogether odd choices for its winners, recent history has shown that the split between favorite and dark horse nominees isn’t as far apart as they’re portrayed in the media.

While the merits of any nominee’s win is arguable, there are some that have taken their category by complete surprise–to the point where the nominees are even surprised themselves. Here are ten of the more unexpected winners in Oscar history.

The Italian Stallion, Sylvester Stallone, has been synonymous with action films for decades. Now an elder statesman of the genre, it’s surprising to look back and find that his career breakthrough was a film that he wrote and starred in: 1976’s Rocky.

The film that launched a franchise (currently with 8 feature films under its belt, including the upcoming Creed II, along with a short-lived Broadway musical) about an underdog boxer that finds love and fights his way to a title match was itself a long-shot for winning Best Picture at the 49th Academy Awards. But like the titular hero, the movie seemingly out of nowhere to become the highest-grossing film of 1976 and was nominated for a whopping 10 Academy Awards.

While a great populist sports drama, it wasn’t expected to win many Oscars, especially not in the categories of Best Director and Best Film. Besides, its competition were highly vaunted films like Sidney Lumet’s Network and Alan J. Pakula’s All the President’s Men, both incisive dramas about the corruption and influence of television and the Watergate scandal, respectively.

This was also the year Martin Scorsese’s dark masterpiece Taxi Driver was nominated in the Best Picture category. But when the envelopes were opened, Stallone found himself with both a Best Director and–even more surprising–Best Picture win.

Maybe it was the surge of patriotism that came with America’s bicentennial that swayed voters to overlook the cynical films about American media, the recent political turmoil the country went through, and a psychotic loner cruising the filthy streets of New York City, and instead awarded the feel-good film about the little guy who overcame the odds through hard work and self-determination.

Whatever the reasons, Rocky wasn’t the favorite to win that year and has since been regarded as one of the most unusual Best Picture wins in Oscar history. 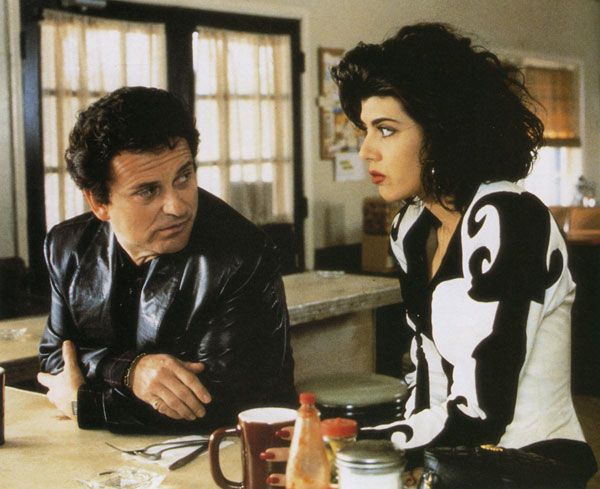 With a win that was heavily derided for years afterwards to the point where one of the more repeated assumptions was that presenter Jack Palance read the wrong name, Marisa Tomei winning Best Supporting Actress for her role in the comedy My Cousin Vinny is one of the most notorious in Oscar history.

The 1992 comedy about two New Yorkers who are accused of murder in the Deep South and the over-the-top Italian stereotype lawyer (Joe Pesci) that comes to their defense with his girlfriend (Tomei) in tow wasn’t exactly the type of fare that nabs Oscar nominations.

While this fish-out-of-water courtroom comedy was well-received by audiences and critics, with Tomei’s performance as the brassy, mechanic-minded girlfriend to Pesci’s lawyer character singled out for praise, her nomination was already considered an out-of-left-field choice for Best Supporting Actress. Her eventual win was a shock.

Her besting the competition in the category was really what kept people wagging their tongues if the win was legit: fellow nominees in the category included veteran actress Vanessa Redgrave for her role in Howard’s End and Judy Davis’s intense performance in Woody Allen’s Husbands and Wives.

Considering Palance’s unsteady delivery of the category on-stage that night, film critic Rex Reed helped spread a rumor, published the next day, that Palance simply called out the last name he could remember on the card.

While untrue, Tomei’s win both boosted her acting cred while the rumor cast doubt on the awards’ validity. She could appear in various comedic roles and independent features for the next several years before being nominated twice more for Best Supporting Actress in the 2000s, this time for dramatic roles. 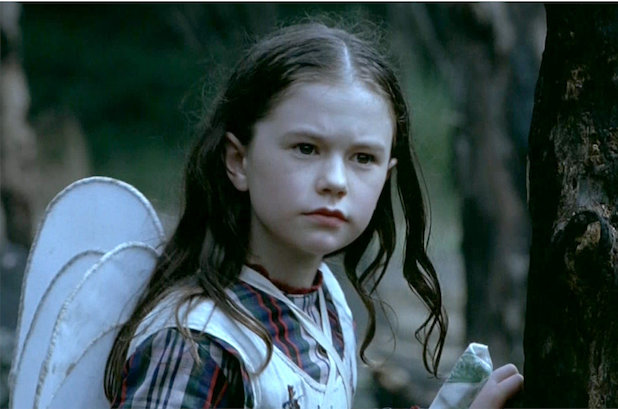 At age 11, Anna Paquin became the second-youngest winner of an Academy Award for her role in 1992’s The Piano. Set in 19th century New Zealand, the film follows the life of a mute woman (Holly Hunter) who is sold by her father into marriage to a rugged forster (Sam Neill).

Bringing her daughter (Paquin) into the wild, the woman struggles as her beloved piano is traded away by her brutish new husband. She falls into an affair with the man (Harvey Keitel) to whom the piano was traded, and tragedy and redemption alike are eventually found. A strange and haunting film, it was critically praised upon release, sharing the Palm D’or at Cannes and with Holly Hunter winning Best Actress.

Having virtually no acting experience, Paquin instead gained the role from an open audition out of 5000 candidates that took place in New Zealand. While her performance in the film is startlingly mature for a novice actress, and The Piano was a well-regarded film (eventually nominated for 8 Oscars that year), Paquin was a long-shot for winning Best Supporting Actress.

The other actresses in the category included Holly Hunter (for another film, since she was nominated for–and won–Best Actress for The Piano), Winona Ryder, and Emma Thompson, who were all established actresses in show business.

While initially not intending to further her acting career, the raised profile the Awards win gave Paquin opened a lot of doors. She continues a successful film and television career to this day. But in early 1993, nobody could have suspected the 11-year-old Oscar nominee would have such a career ahead of her, much less the major win she would experience at the ceremony that night. 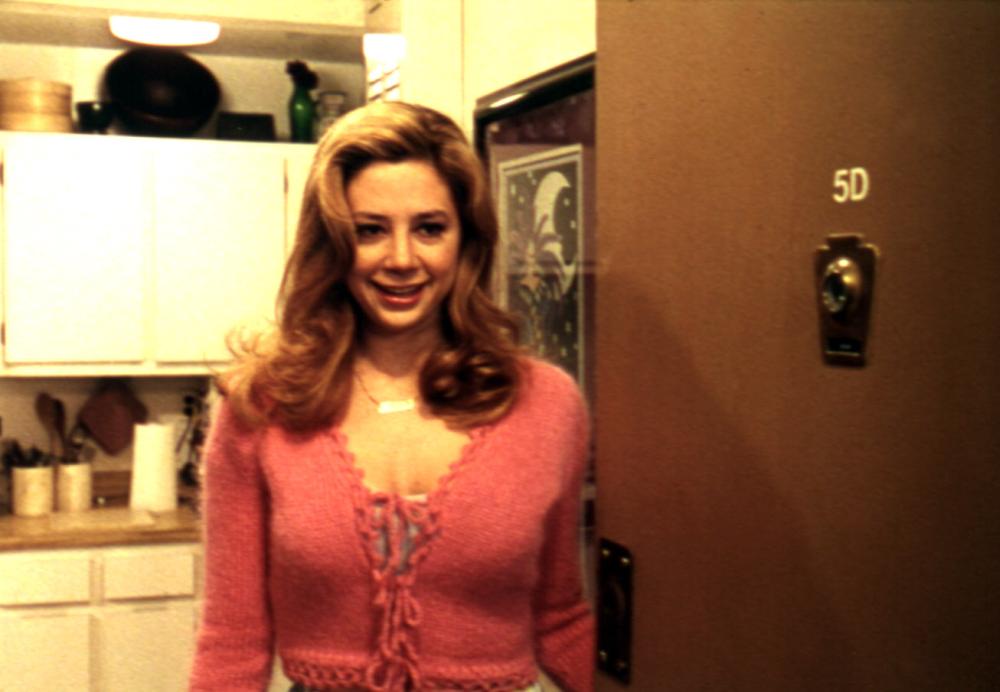 The Best Supporting Actress category seemed to be a lightning rod for unexpected winners in the 1990s, and this streak continued at the 68th Academy Awards in 1996. In a fiercely competitive year in the category filled with actresses from highly regarded films like Apollo 13 and Nixon, and with solid favorites such as Kate Winslet and Joan Allen, few placed their bets on Mira Sorvino taking home the Oscar for her role as a ditzy hooker in Woody Allen’s minor comedy Mighty Aphrodite.

And yet, when the time came for the award to be announced, it wasn’t Kate or Joan or veteran actress Kathleen Quinlan called to the stage but Sorvino for her (somewhat grating) role.

It could have been the result of a split ticket by voters between the stronger nominees that brought the Oscar Sorvino’s way that night, but it was certainly an unexpected win by professional prognosticators and armchair critics alike (not the least of which working against her was Woody Allen’s still-fresh scandal with his step-daughter and somewhat pariah status in the industry at the time).

Going on to a prolific career in movies, television, and as an activist, Sorvino continues to be a working actress with a surprise Academy Award to her name. 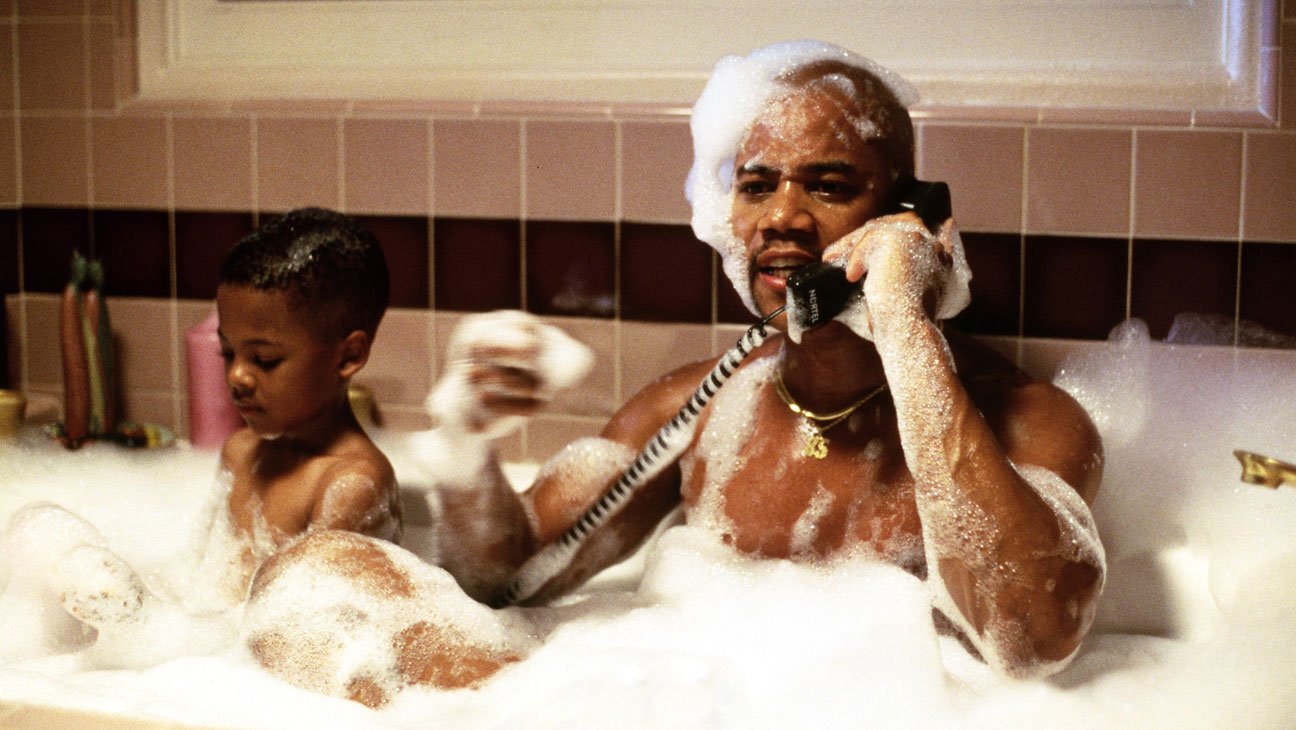 Jerry Maguire is not a film one associates with “Academy Award-winning” these days. Thanks to its current memetic status online as the movie that the website Everything is Terrible! has collected 14,000 VHS copies of to build both a pyramid and a Maguire-only video store, along with critical reevaluations of the film since its release as a rather shallow melodrama filled with cheesy moments, Jerry Maguire has lost a lot of esteem since its 1996 release.

At the time, however, it was nominated for 5 Academy Awards, including Best Picture, Best Actor, and Best Original Picture. While it didn’t win in any of those categories, Cuba Gooding Jr did win Best Supporting Actor at the 69th Academy Awards in 1997. And despite the goodwill the film had garnered during its release, Gooding Jr’s win was still viewed as a surprise.

In context, this is understandable: he was up against some heavy competition that year. Between talented newcomer Ed Norton, favorite-to-win William H. Macy for Fargo (that year’s Best Picture nominee), and James Woods, nobody expected the seriocomic performance of Gooding’s enthusiastic football star with soul to pick up the Oscar that night.

But when he did, it made for a memorable Academy Awards speech as Gooding took to the stage and delivered an emotional acceptance address that culminated in his shouting over the cutoff music of his love for everybody involved, drawing a standing ovation from the crowd. Maybe just for that unexpected moment alone it was worth him winning the award.