Trilogies are something that’s very recurrent in the history of film. As a way of telling a longer story or simply connecting a particular theme in different narratives, some of the best films in history are part of a trilogy and many acclaimed directors have one in their filmography. With that in mind, here is a selection of some of the best trilogies ever made.

As always, it is never too late to remember that many things interfere in the choice of the trilogies on this list, but the main factors are memory and especially personal preferences. If you think any other trilogy could be on this list, please leave it as a recommendation in the comments section below.

So, here are the 10 best film trilogies of all time.

We gotta have some romance mixed up with existentialism on an article like this.

Directed by Richard Linklater and starred by Julie Delpy and Ethan Hawke (who are also screenwriters alongside Linklater on the second and third films), The Before Trilogy follows a couple that meets on a train over the course of almost 20 years through encounters and mismatches, through happiness, and also through some very somber existentialist conversations and moments.

Taking place – almost – in real time, the three films explore deeply the characters’ personas in very different moments of their lives. From their first meeting when they are all about expectations of the future to their meeting nine years later when they start to face the many difficulties of adulthood (and seeing those expectations might not have happened as they imagine), and finally when their marriage is in crisis in the last film of the trilogy.

This trilogy is so full of iconic moments – especially regarding dialogue – that it definitely deserves a place on this list. To give some examples, the “phone conversation” in “Before Sunrise,” the talk Céline and Jesse have on the cab on “Before Sunset” or the argument about infidelity they have on “Before Midnight” are all great moments in these films that are almost entirely based on dialogue.

For its great leading characters, great dialogue and of course, its romantic and existentialist approach, The Before Trilogy definitely deserves a place on this list.

This trilogy directed by master Satyajit Ray is a milestone in Indian cinema and it is not rare to see one or more titles of this trilogy cited among the best films ever made.

Probably the most interesting aspect of these films is the fact that Ray is capable of capturing not only the atmosphere of the place the characters are at, but especially because he is able to build a narrative that seems to understand and respect the timing of life itself.

These movies, which are based on the novels written by Bibhutibhushan Bandyopadhyay, are some of the most important in the Parallel Cinema movement and are so unique that they definitely should be watched by any cinephile. For its astonishing visual and powerful story, this trilogy directed by the brilliant Satyajit Ray definitely deserves a place among the best of all time. 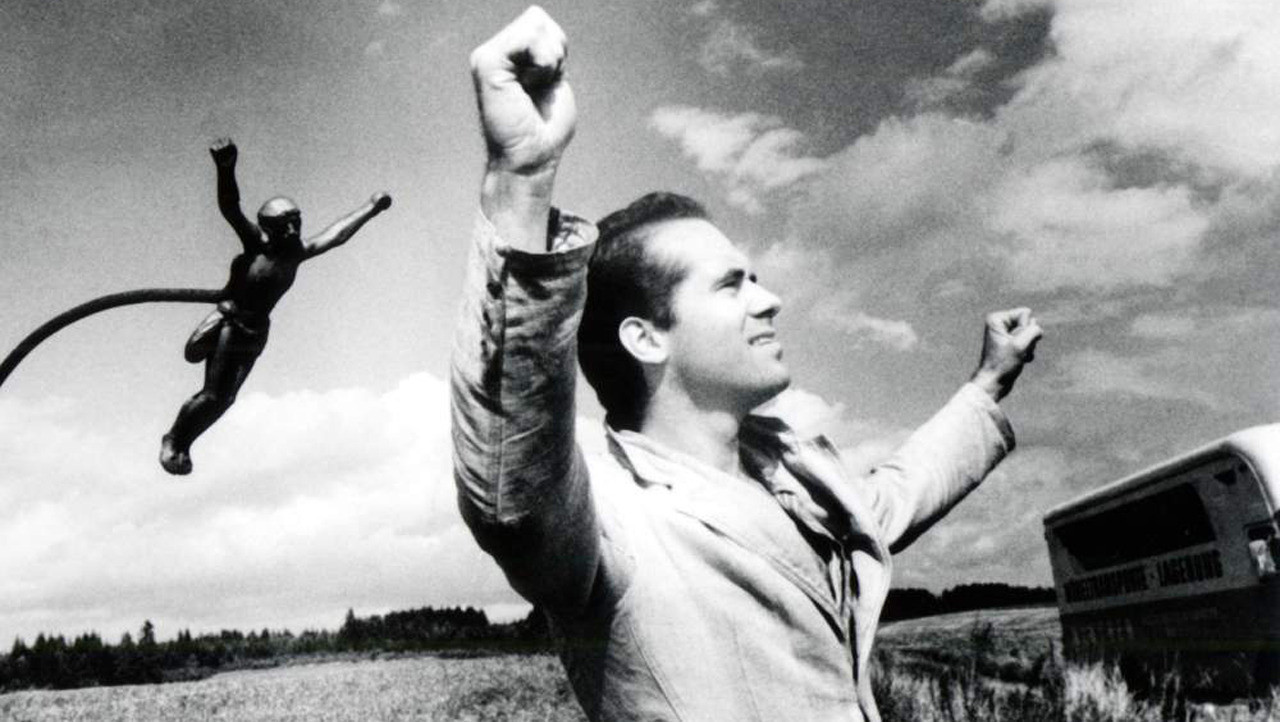 The road is an element that is present in some of the most acclaimed works of German director Wim Wenders and, from 1974 to 1976, the director dedicated three films to explore this element in The Road Trilogy, comprising three amazing movies starred by great actor Rüdiger Vogler.

The important thing in the films is how the road is a place of change and a place for new perspectives. And it’s truly amazing how the landscapes and the encounters are explored in these three films, which are definitely among Wenders’ best.

The relation of the characters with art – the writers in “Alice in the Cities” and “The Wrong Move” and the projection-equipment mechanic in “Kings of the Road” – makes this trilogy even more interesting in connecting these people played by Vogler with cinema itself.

Being some of the greatest films in Wenders career – and let’s not forget that he is an artist responsible for “Paris, Texas” and “Wings of Desire” – and for being some of the best road movies ever made, The Road Trilogy is without a doubt among the best in cinema history.

German director Rainer Werner Fassbinder was one of the most prolific filmmakers in history. Directing around 40 films in less than 20 years, not to count the more than 20 plays and the television series, Fassbinder also has a trilogy of his own: The BRD Trilogy.

BRD is Bundesrepublik Deutschland, the official name of West Germany after the end of World War II, and these three films follow the story of three different women living in the country in the years that followed the end of the war.

Telling the story of a widow in “The Marriage of Maria Braun,” a woman who works in a brothel in “Lola” and an actress on “Veronika Voss,” Fassbinder’s humanistic approach is as present as possible. It is definitely amazing to see how his interest in exploring his characters goes as deep as the astonishing aesthetics of his films.

The BRD Trilogy is composed of three films that are alongside the best made by one of Germany’s greatest masters, and definitely deserves a place on an article of the best movie trilogies ever made.

6. The Trilogy of Faith

Emotions are one of the key elements to understanding Ingmar Bergman’s filmography. More than human relations or his interest in life itself, his interest in portraying emotion in his films is one of the things that makes the movies of this Swedish master so unique.

In The Trilogy of Faith, Bergman takes this interest in the human soul to a whole new level. The approach on silence and the subtle nuances of the acting are things that truly scream out in these films that, deep down, are talking about the relationship we all have with our own existence.