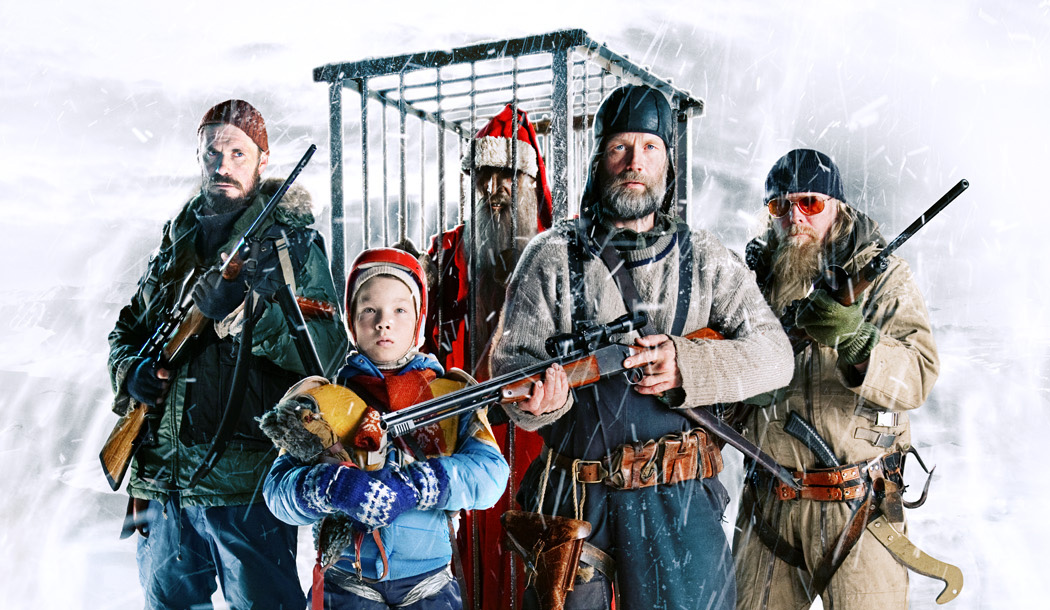 One reason why you see so many ghost and found footage movies at your local multiplex is that they’re incredibly cheap to produce. Paranormal Activity cost $15,000 to make, made $193 million worldwide and gave Paramount Pictures another horror franchise.

The studio realized how profitable cheap horror films could be back in 1980 when it jumped on the slasher bandwagon and distributed Friday The 13th, a $500,000 Halloween knock-off that made over $100 million and led to a seemingly endless series of sequels and clones.

They’d had considerably less success with Prophecy, a 1979 monster movie whose elaborate sets and special effects caused the budget to balloon to $12 million. As effects budgets began to skyrocket while future classics like The Thing went belly up commercially, it became clear that we were going to be seeing a lot more of Jason Voorhees and far fewer original monsters.

Based on the SyFy Channel’s output or, God forbid, the 2011 remake of The Thing, you could be forgiven for thinking there aren’t any decent monster films outside of Aliens, The Fly and Starship Troopers.

In which case, read on. 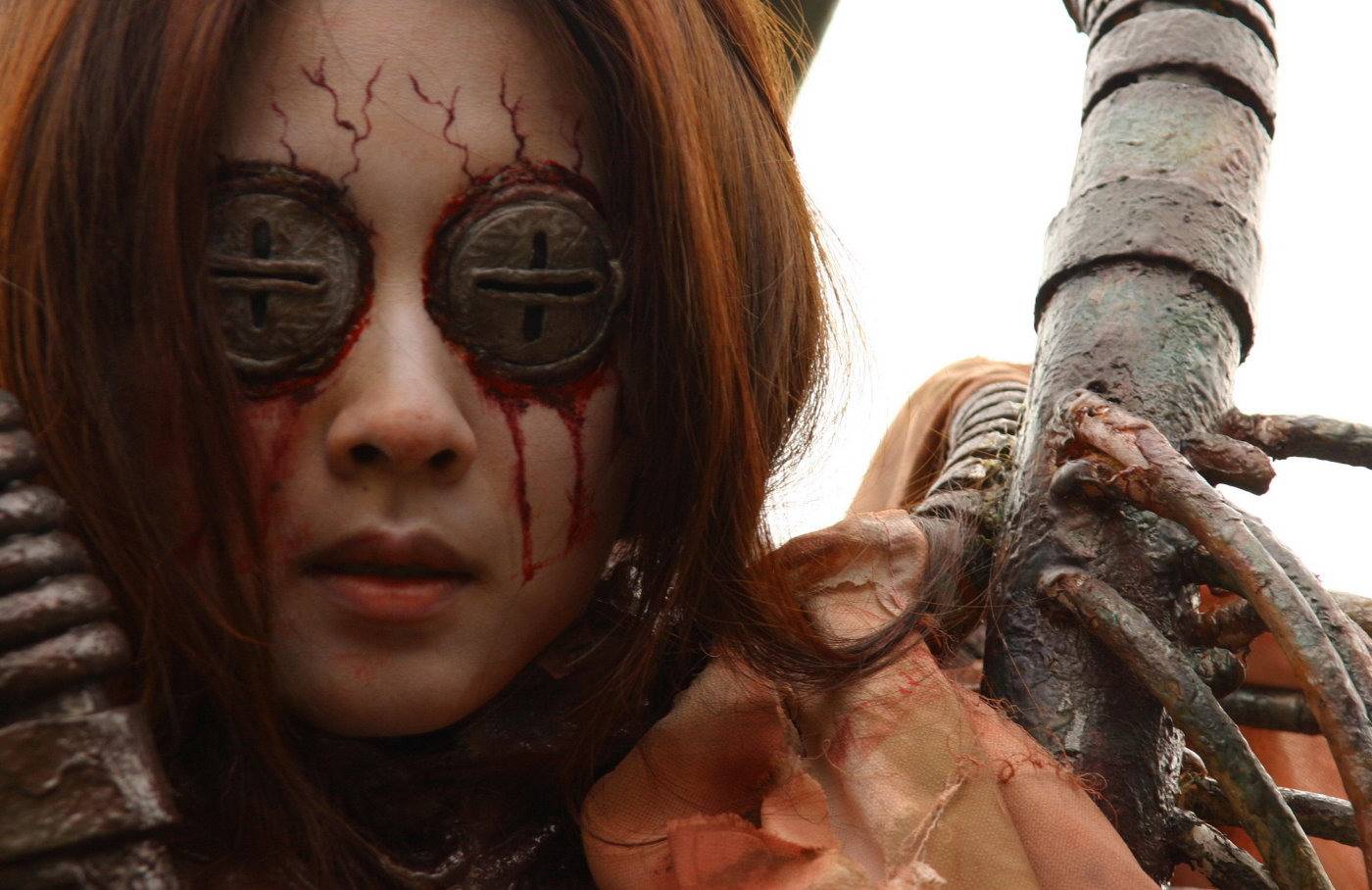 If you’re looking for an over the top splatter movie where alien parasites engage each other in combat, look no further. It’s not known where these creatures come from, but they have only one purpose and it’s not to improve life on Earth.

Upon their arrival, the aliens take over human bodies and transform them into Necroborgs, biomechanical weapons intent on tearing their opponent apart. Think Mighty Morphin Power Rangers by way of Tetsuo, with a healthy dose of Blood Feast, and you’re on the right track.

Meatball Machine was the breakout movie for special effects creator Yoshihiro Nishimura, who later directed the equally berserk Vampire Girl Vs Frankenstein Girl. For splatter fans, his movies are a real find: every one features mutants, dismemberment performed with power tools and spurting blood that hits the lens. The uninitiated should check out Mutant Girl Squad (2010) and Dead Sushi (2012). 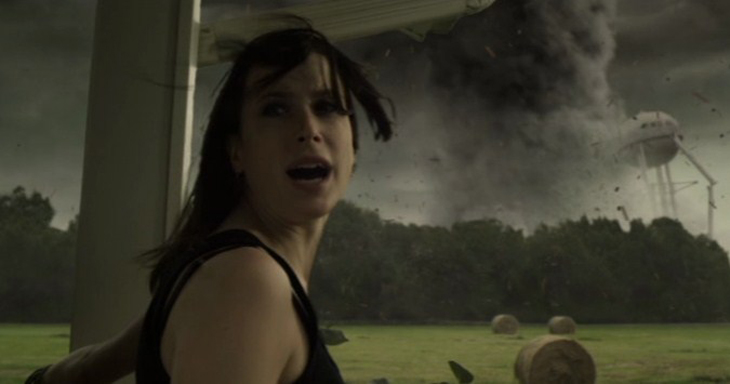 Unlike several other recent horror pictures, Nailbiter just wants to get on with the business of storytelling, and director Stephen Rea delivers a lean, entertaining effort that, while not dazzlingly original, still avoids the ‘been there, done that’ feel of most fare.

At no point does any character stop to namecheck George Romero, Tobe Hooper, Wes Craven etc, nor does anyone experience a ‘Nilbog moment’ and proclaim the blindingly obvious. When finally revealed, the monster does resemble a rubbery Orc in a few shots and the ‘storm’ is clearly being generated by a rain machine, but that’s all. 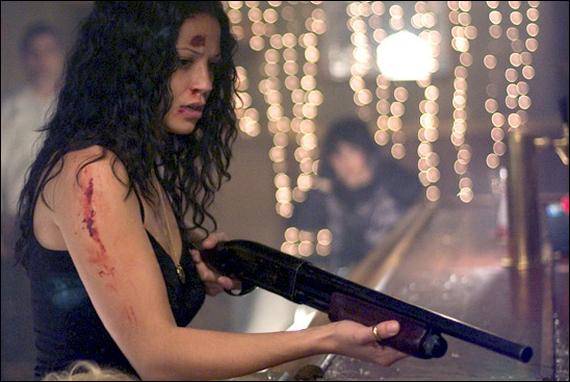 If a film about a group of strangers, trapped in an isolated tavern, fighting for their lives against a tribe of flesh-eating creatures makes Feast sound like drab Netflix filler, think again: the writers are Marcus Dunstan and Patrick Melton, who also scripted four Saw sequels, so there’s enough bloody mayhem for several movies.

The same creative ensemble later made Piranha 3DD, and the results are similarly anarchic, with bodies being shredded every few moments while blood sprays everywhere. The cast’s good, too: how often do you see Jason Mewes, Henry Rollins and one-time Emmanuelle Krista Allen in the same movie?

Let no one accuse the writers of leaving a stone unturned in their quest to wring as many gross out gags as possible from the material, and it’s refreshing to watch a movie where nobody is safe, least of all the characters billed as “hero” and “heroine.” Anyone looking for dead baby gags, however, will have to wait for the sequel.

Described as the “Bigfoot capital of the world”, Willow Creek is the California mountain town where creature sightings are not only commonplace, they’re a way of life. Route 96 is colloquially known as “the Bigfoot scenic highway” and the town honours the creature with its annual “Bigfoot Daze” festival.

Directed by Bobcat Goldthwait, Willow Creek (the film) follows a couple whose determination to capture Bigfoot on film leads them to enter an area where sightings were recorded, and you can imagine how things play out. The fact that the customs, businesses and beliefs shown in the film are real makes this a much, much weirder film than The Blair Witch Project.

It’s also a better sustained piece because at no point do the characters throw away their map and stand around whining instead of finding a way out of the woods. Unlike Blair Witch, it’s not a glorified student movie and the legitimacy of the premise – to say nothing of the decent acting by the leads – does a better job of creating an atmosphere of fear and anxiety.

You’ll enjoy The Babadook more if you haven’t already seen Don’t Be Afraid Of The Dark (2010), Mama (2013), Insidious (2010), The Possession (2012), The Orphanage (2007) or any other movie where a parent battles to save their child from a supernatural predator. Then again, it’s more accomplished and effective than any of them, and more likely to acquire a cult reputation in the future.

The film builds a credible story of a single mother, still coming to terms with the death of her husband, who together with her son discovers a book about the monster that supposedly lurks in their house. Eschewing cheap shocks and big-scale set pieces, The Babadook is a much more intimate affair than its competitors and its success depends mainly on the performance of the lead actress. Fortunately, that actress is Essie Davis, who won numerous awards for her work on the film.

If Dr Seuss had ever turned his hand to horror films, he might’ve created something like The Babadook. The eponymous creature looks like an escapee from one of the author’s most twisted dreams, and recommendations don’t come much higher than that.