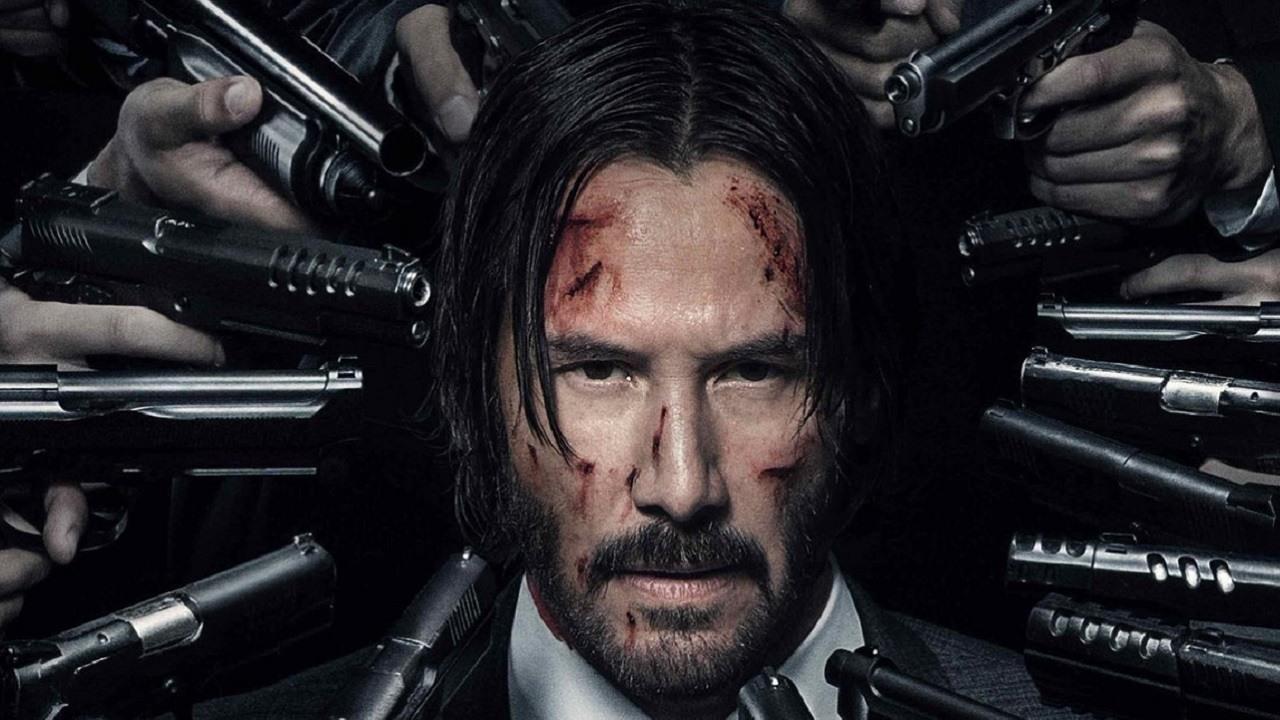 Keanu Charles Reeves is an actor, director, producer and musician. Born in Beirut, Lebanon, Reeves was raised in Canada with his family and had ambitions to become a hockey player. However, after an injury that prevented him from continuing playing hockey, Reeves turned into acting by appearing in theatre productions, commercials and television shows.

In 1985, Reeves made his feature debut in One Step Away, a coming-of-age film where he portrays a troubled teen named Ron Petrie. He featured in other dramas such as Youngblood, River’s Edge and Dangerous Liaisons before finding success in science-fiction comedy Bill & Ted’s Excellent Adventure in 1989.

Since then, Reeves has consistently built a fascinating body of work for nearly three decades by portraying interesting characters in highly entertaining films, which in total have grossed nearly $2 billion in box office sales. His international success as an actor has earned him a star on the Hollywood Walk of Fame in 2005 and was honoured at the Deauville film festival ten years later. 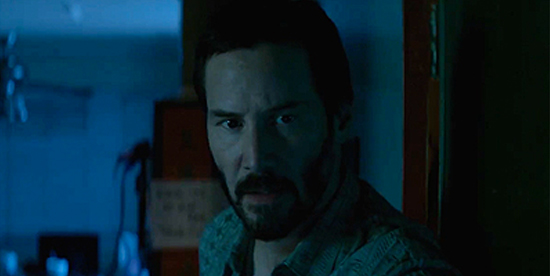 Nicholas Winding Refn’s recent film, The Neon Demon is known for its disturbing and violent content, combined with colourful cinematography and synthetic electronica score. The psychological horror tells the story of Jesse (Elle Fanning), a sixteen-year-old girl who moves to Los Angeles to pursue a career in modelling.

Jesse’s innocence and natural beauty fascinates many people from the fashion world, leading a successful start to her career. However, two older models Gigi (Bella Heathcote) and Sarah (Abbey Lee) are jealous of Jesse and will not stop to get what she has.

Keanu Reeves plays a small role in The Neon Demon as Hank, a grumpy man who manages the motel where Jesse is staying. The character of Hank is a huge contrast to Reeves’ past roles as he is depicted to be perverted and creepy, which makes his scenes in the film very uncomfortable to watch.

In a disturbing moment, Hank talks to Jesse’s friend Dean (Karl Glusman) about a thirteen-year-old girl (who is living in the room next to Jesse’s) in a predatory manner. In another sequence, Jesse dreams that Hank is pushing a knife down her throat then wakes up to hear him assault the thirteen-year-old girl next door. For an actor who receives under twelve minutes of screen time, Reeves certainly steals the show in his darkest role yet.

Two years after saying goodbye to The Matrix franchise, Keanu Reeves attempts to save the world again in Francis Lawrence’s directorial film debut, Constantine. Based on DC Comics’ Hellblazer series, occult detective John Constantine (Keanu Reeves) was born with the ability to see angels and demons. He often battles with demons as a way of earning a place in Heaven when he dies.

Throughout the film, John helps a policewoman named Angela (Rachel Weisz) investigate the death of her twin sister Isabel, who fell off a hospital building. Angela believes that her sister would not commit suicide and suggests that there is more to the story.

What makes Constantine compelling to watch is not just Reeves’ performance as a sarcastic, chain-smoking demon hunter, but for the stunning visual effects, particularly in scenes where John visits Hell to find out what happened to Isabel that led to her death. Francis Lawrence used computer generated imagery to create an apocalyptic setting of Hell surrounded by fire, heavy wind and dust. The creatures that John encounters during the sequence were also brought to life using digital effects.

Kevin Lomax (Keanu Reeves) is a successful lawyer from Florida who has never lost a case. He accepts an offer to move to New York with his wife Mary Ann (Charlize Theron) and work in a powerful law firm, managed by respected lawyer John Milton (Al Pacino).

The Lomax’s exciting life in New York goes awry when Mary Ann begins to witness demonic images everywhere, making Kevin think that she has gone insane. As Mary Ann gets sent to a mental institution, Kevin realizes that Milton may be hiding a secret that will change their lives forever.

The Devil’s Advocate is a dark psychological horror with a bizarre twist ending. It shares similarities with Roman Polanski’s Rosemary’s Baby as it also focuses on a young couple moving to New York who ends up experiencing strange things.

Although Kevin Lomax is the film’s protagonist, he can come across as selfish as he obsesses over money and success, neglecting his wife. Reeves’ portrayal of the ego-driven lawyer facing off with the terrifying John Milton showcases his versatility as an actor, proving that he isn’t just an action star.

Adapted from Phillip K. Dick’s novel of the same name, the film follows the story of Bob Arctor (Reeves), a narcotics detective who often disguises himself by wearing a ‘’scramble-suit’’ to change his appearance and hide his identity. He goes undercover as a drug user to infiltrate Substance D, a powerful drug known to cause hallucinations, paranoia and schizophrenia. However, he becomes addicted to the drug himself and begins to experience the side effects.

The animation for this film was achieved by shooting scenes with the cast digitally then using a software that animates each frame of the footage into an interpolated rotoscope. The rotoscoped visuals of A Scanner Darkly accompanies the mind-bending narrative, which stays faithful to the novel. It is without a doubt Reeves’ most underrated film on this list.

When menacing terrorist Howard Payne (Dennis Hopper) plants a bomb on a bus, he tells police officer Jack Traven (Keanu Reeves) over the phone that the bus will explode if the speed decreases under 50mph. This causes Jack to search for the vehicle in Los Angeles and warn all the passengers to drive fast while trying to find a solution to defuse the bomb and save them.

Speed also introduces the character Annie Porter (Sandra Bullock), one of the passengers. She is vital to the story because she is the love interest of Jack and is forced to take the wheel after the bus driver gets shot.

The film is enjoyable to watch for its exhilarating and innovative stunts, providing a wild experience for the audience. An example of an unforgettable stunt occurs in a climactic sequence where the bus jumps over a massive gap on the freeway, successfully making it to the other end.

Reeves’ portrayal as a tough cop proves that he has come a long way from playing goofy slackers early in his career. Alongside the character Johnny Utah in Point Break, Jack Traven has truly transformed Reeves into a badass action hero.