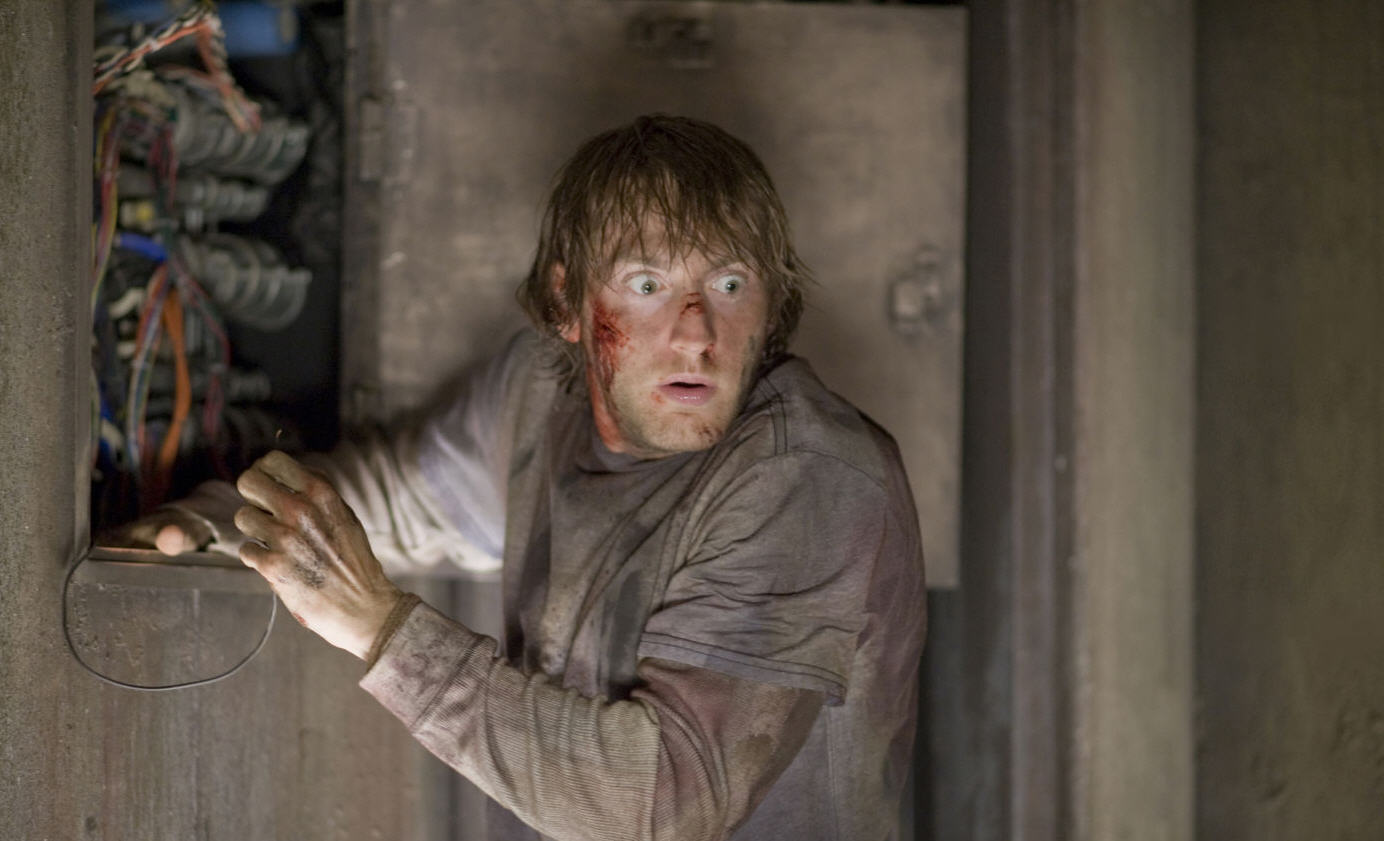 “[The Cabin in the Woods] ranks among one of the most wryly self-aware works of American pop culture entertainment in years. …by successfully analyzing tired formulas, it gives them new life.”

To a new World of Gods and Monsters

This whip smart horror comedy from scribes Drew Goddard (also making his impressive directorial debut) and Joss Whedon features one of the most fiendishly unexpected plot turns in recent cinema in what I’ve frequently described to the uninitiated as “the Matrix meets the Monster Squad.” While my little attention grabbing turn of phrase isn’t wholly accurate, it ain’t half bad either, and it does somewhat whisper at the far reach that The Cabin in the Woods daringly extends to.

After a brief and somewhat baffling preamble that seems to be from an altogether different movie––something about two middle-management types (Richard Jenkins and Bradley Whitford, both excellent) in a secluded science-y facility, whose mundane métier and shoptalk seem to hold no bearing on the fright flick we’ve signed up for––the proper film kicks in with an overly familiar and predictable horror setup; a group of five good-looking college chums (including Kristen Connolly, Fran Kranz, and a pre-Thor stardom Chris Hemsworth) on a weekend vacay to an isolated rural retreat, the titular cabin, deep in the woods. Could things possibly go awry?

Tinges and tinctures of Sam Raimi’s Evil Dead films and Tobe Hooper’s Texas Chain Saw Massacre abound, as does some astute comic relief (Kranz’s affable stoner, a near facsimile of Shaggy amidst a deadly Scooby Doo style misadventure, has may––but not all––of the movie’s best one-liners) and that bizarre second story with Jenkins and Whitford begins to come into better and more ticklish focus.

Often in juxtaposition to the booze-fuelled antics of the young revellers The Cabin in the Woods returns us to the white-collar, cynical, and salaried Gary Sitterson (Jenkins) and Steve Hadley (Whitford) who lounge in their (at first) undisclosed location, where they banter and toil amidst a bank of TV screens which show closed-circuit surveillance footage of the cabin and environs where the blissfully unaware students party with abandon.

The connection between these characters is unclear, but only for a while before a monstrous bloodbath gushes forth, and the unspooling secrets reveal themselves with an unfolding sense of awe, amounting to a genre fan’s sheer and undiluted delight.

Here there be monsters

This shockingly fresh take on a very familiar premise is equal parts unpredictable and shrewdly satirical (I’ve deliberately tried to obfuscate the many plot twists here so not to spoil what awaits those who haven’t seen it, but it’s so tempting to spill the proverbial beans), and it all adds up to an abundance of macabre fun, whether you’re a horror fan or not.

Goddard, whose writing credits include Cloverfield (2008), The Martian (2015), and Netflix’s critically lauded Daredevil (2015 to present), directs with an assured and iron-firsted efficiency. The Cabin in the Woods knowingly pastiches horror film formalities and conventions but it’s also a bloody good and wildly from left field Chamber of Horrors all its own as well. It takes a grisly and blood-flecked inquiry into ideas of sacrifice and ceremony, while making the audience implicit of its own enjoyment of onscreen depictions of exploitation and bloodshed.

For the Cabin in the Woods’ frequent disparaging and mocking reference to other fright flicks this is one that works oh so well in entirely effective and very visceral terms; both a nodding and winking genre analysis and its own nightmare-fuelled frenzy.