“Overall [Green Room is] not so much about the neo-Nazis per se, though as it is a critique of mainstream America… Foremost, Green Room is about delivering this very intense movie experience for the audience.”

“The crowd there leans a little right,” warns Tad (David W. Thompson), a sketchy Portland promoter, to Pat (Anton Yelchin, excellent in one of his final performances), bassist of the noisy punk band, The Ain’t Rights. Normally Pat and company would never take such a shady gig but they’re on the ass end of an ill-starred tour that’s put them in the hole. And so they reluctantly agree, and in so doing they’ve rather inconspicuously set the stage for ferociously senses-shattering urban slasher horror film.

After a brief and almost cheery opening the film soon settles into what’s ostensibly a chamber piece, compassed substantially in an isolated punk club deep in the sticks of Oregon. Pat and company quickly realize they’re about to play a white supremacist skinhead shithole. Plowing through a confrontational set list that they kick off with a deliberately confrontational Dead Kennedys cover of “Nazi Punks Fuck Off”, the hapless punks just want to get their cash and quit.

But hopes of a hasty retreat evaporate when Pat and Sam (Alia Shawkat, charming) witness some stomach churning nastiness in the eponymous green room. Faster than you can lace your 3-eye Doc Martens, The Ain’t Rights are barricading themselves in said room as the well-armed racist rabble, led by a cruel and cunning ringleader named Darcy (Patrick Stewart, chilling) mobilize and ready to move in for the kill.

“[Saulnier does] everything right: the cast, the music, the editing, the way he leads you one way and then clobbers you (and some of his ill-fated characters) when you (and they) are least expecting it… Saulnier doesn’t want his audience to get out of this unscathed, either. He’s out to get us, scare us, and cut us up in pieces.”

Yeah the band on the run 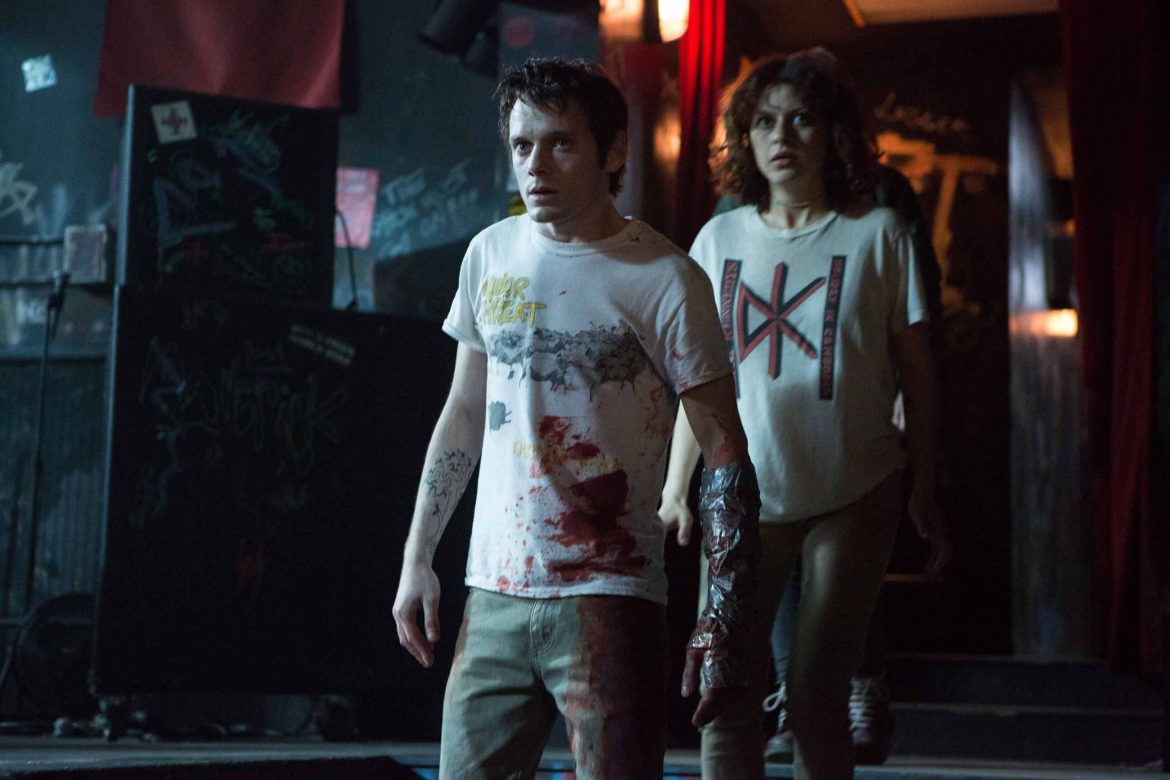 A vicious thrill ride, in delineation this is a film about a death-dealing battle between tolerant, forward-looking millennials and hateful, old-line skinheads. The consequences are a fascinating, forcible and raging punk rock variant on Howard Hawks’ 1959 Western standard Rio Bravo and John Carpenter’s 1976 cult thriller Assault on Precinct 13––complete with a likeable crew endangered in an under siege scenario with slimming odds for survival.

And as with Carpenter’s Precinct 13, Green Room’s antagonists are depraved devils, abstractions even, and this provides for the artful omission of tenable psychology, allowing for the tenets of horror to reign.

Eschewing subtlety for fist-pumping elemental allure and unsettling subversion. Saulnier and his superb cast mine the dark recesses of backwoods dread, man made evil, blood-lusting redress and survivalism that makes it inexorable stuff for the extreme action fan and yes, the gore hound (the make up effects are first rate).

“In just 94 tight minutes, Saulnier crafts a fully realized world of sleaze and desperation. It’s a delightfully cruel work of high tension, perfect in just how quickly and easily it gets under your skin.”

– Barry Hertz, The Globe and Mail

And then there were none 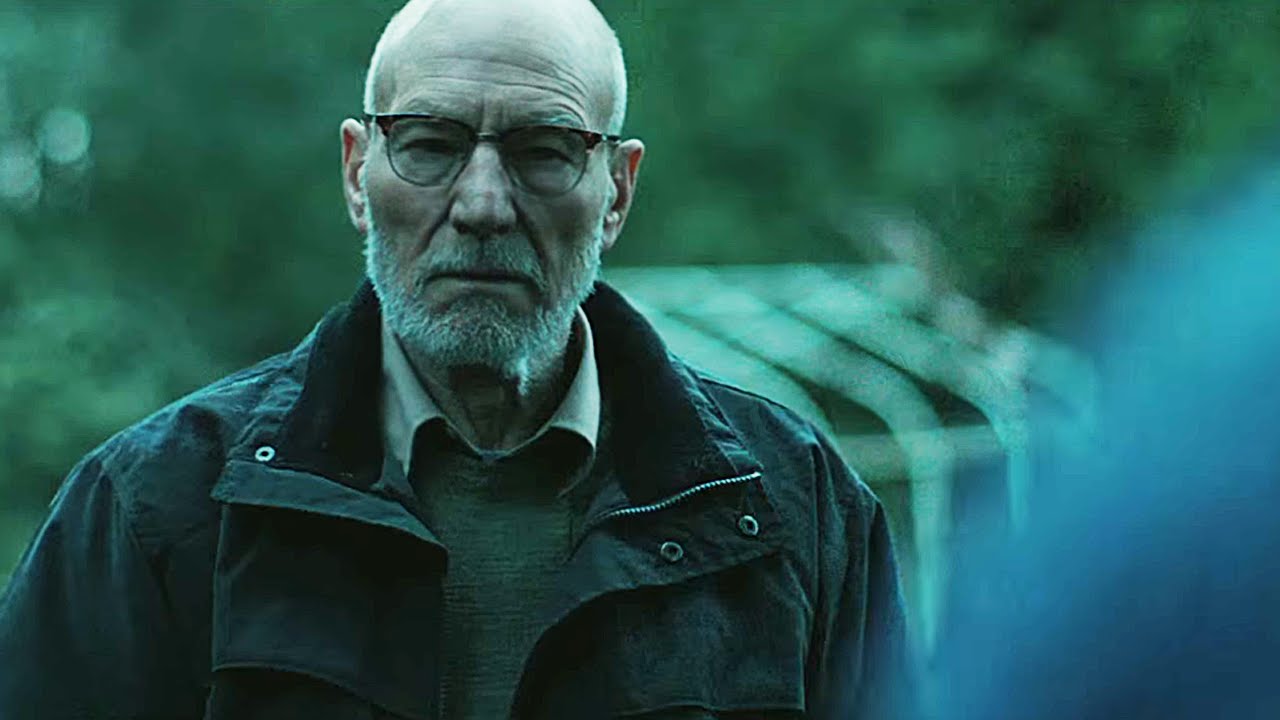 Saulnier knows how to demonstrate arresting imagery that runs the range from radiant to horrific, vicious to tender, dashed hopes to fierce asylum. As the heroes start to succumb within the narrow hothouse climate the tragic tone is bolstered by vérité-style hand-held sequences and an agile use of saturated colors. The result is confrontational agitprop, scalding societal nightmare, and a tense situation unspooling in an emerald complexion.

“A key element to building tension,” shared Saulnier during the press junket for Green Room, “is knowing how to play with the concept of information deprivation, as it applies to both the characters and the audience. Knowing (or not knowing) something can be absolutely terrifying.”