“Believe it or not, Eraserhead is my most spiritual film.”

In heaven everything is fine

Defensibly David Lynch’s most forcible film, Eraserhead was the curious realization of more than five years of spasmodic shooting and postproduction assembly. Captured in furtive black-and-white, pushing arresting chiaroscuro lighting, and occupying a post-industrial wasteland backdrop, Eraserhead would become not just a popular midnight movie, but a cult film phenomenon and one wild honey of a feature debut.

Once described by Lynch as a “dream of dark and troubling things,” Eraserhead foretold much of what would be emblematic for the nascent filmmaker; a successful and stirring tie-up of populist and perplexing experimental cinema. It also displayed the staggeringly impressive visuals of an original artist in complete control and doing exactly what he likes, as well as the Byzantine-like narrative that would reign over much of his future syllabus.

“The only artist I ever felt could be my brother was Kafka.”

Eraserhead, despite its idiosyncrasies and sweeping strangeness does contain a more-or-less straightaway narrative, it has dialogue which progresses the plot––it has a plot––and features an unforgettable and put upon protagonist in the form of Henry Spencer (Jack Nance).

A rather meek and mild character, Henry sports a sort of static-wired pompadour who dwells in a rather squalid apartment block, in a bleak and almost derelict urban landscape.

Much of the film’s imagery and impression seems as though it was extracted from the subconscious, and even though Lynch has, over the years denied the influence of Expressionist classics like The Cabinet of Dr. Caligari (1919) or the surrealist collusions of Luis Buñuel and Salvador Dalí––as in their vintage short films Un Chien Andalou (1929) and L’Age d’Or (1930)––there’s still some rationale in drawing such comparisons. Like these enduring and notable classics, Eraserhead is, in its own way, endowed with a nightmare lucidity.

“I felt Eraserhead, I didn’t think it up.”

Henry’s girlfriend, Mary X (Charlotte Stewart) invites him over to her parents’ home for dinner––the meal is as unappetizing as it is unforgettable––and soon it is revealed that Mary has just had a premature baby, still at the hospital, and that Henry must do the right thing and marry her.

The baby is wrapped in bandages and hideously malformed and soon the reluctant Henry is making room for his new wife and child to share his spartan apartment. This arrangement is short-lived though, as the baby’s crying deeply disturbs Mary, driving her away.

The baby, which is a bizarre blend of animatronic reptilian, bovine fetus, and bunny rabbit, becomes more and more unpleasant and pugnacious as well as the picture of infirmity.

Faced with so wretched a reality Henry fantasizes about several surreal encounters with the Lady in the Radiator (Laurel Near), and has a libidinous tryst with his come-hither neighbor, the Beautiful Girl Across the Hall (Judith Anna Roberts), as well as some wild imagining involving his own head being taken to a factory that manufactures pencil-top erasers.

The increasingly disturbing imaginings of Henry––or are they realities?––reach an infanticidal summit before Lynch’s now signature blinding flash of white light lurches ever onward into what might possibly be some sort of afterlife.

This minor plot summation, deliberately vague to avoid any real spoilers, does nothing to accurately convey the inflections and temper of this demanding yet oddly delightful film. Elements of horror, unrest, and disquiet, each articulated in unforgettably incidental ways just add to Eraserhead’s irregular appeal.

“Some of Lynch’s movies are brilliant, some unbelievably bad. It’s hard to tell whether the director’s a genius or an idiot.” 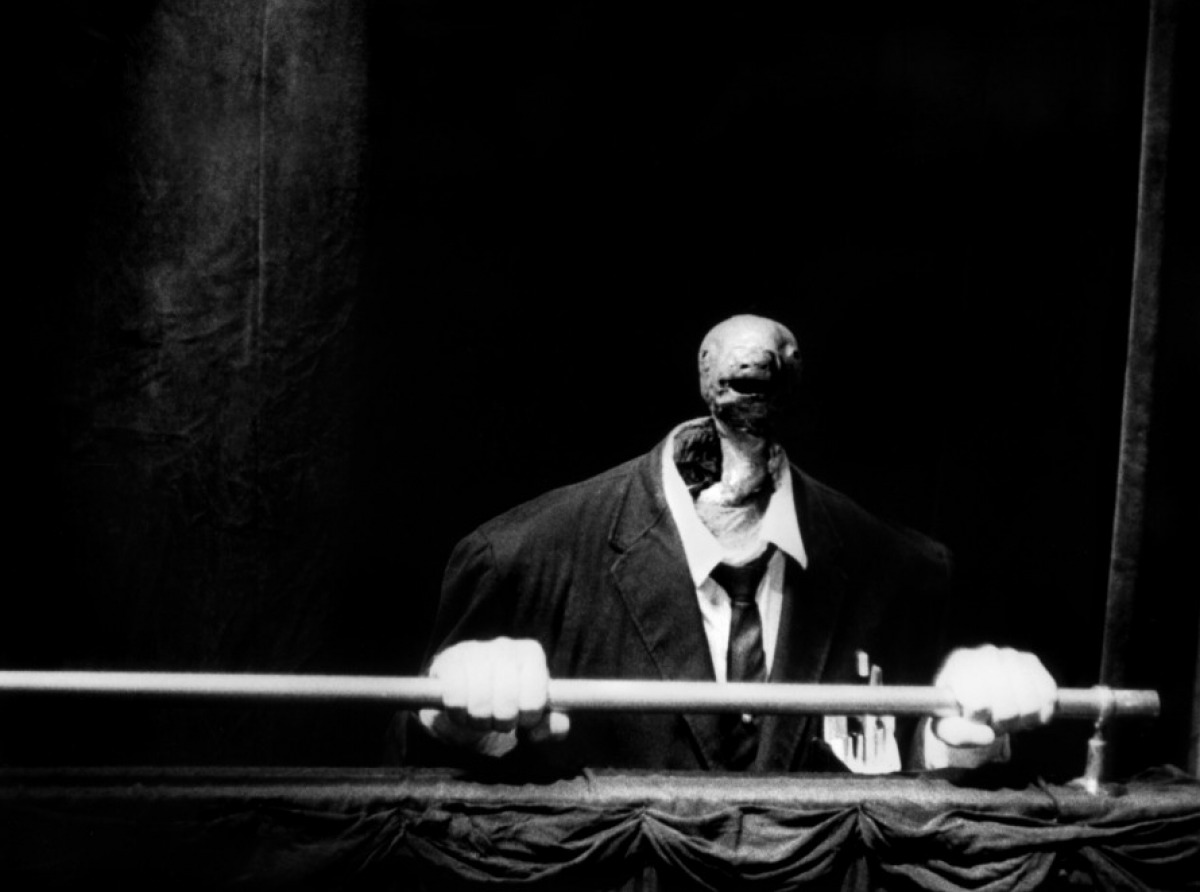 The undiluted visuals and often glaring to the point of grating sound of Eraserhead help to convey the idea that Henry and the world he inhabits is one that is deterministically trammelled to biological environments while also capturing the motifs of full-on body horror. Certainly this potent alloy is at the crux of Eraserhead’s cult reception and also may account for the longevity that the film has acquired.

In his 2006 book “Catching the Big Fish: Meditation, Consciousness, and Creativity” Lynch insists that during the production of his second feature, The Elephant Man (1980), he met Stanley Kubrick who imparted to him that Eraserhead was his favorite film. This claim has been echoed by others, including the cast of Kubrick’s The Shining (1980), who screened the film at Kubrick’s request, to help them “get in the mood”, as Scatman Crothers once famously quipped.

“I’ve always been a huge fan of David Lynch… I still think about Eraserhead when I’m writing a song, and the role of sound in that film, and its ability to make you feel.”

Dirt and worm both have a claim

For all its haunting hallucinations, artful incongruities, and comical circumventions––the film is hardly of the laugh-a-minute variety but it still has more than a few howls––Eraserhead epitomizes a happy espousal between the Surrealist movement, satirical observation (nuclear families and urban life get mercilessly rotisseried), fantasy, horror, and sci-fi propriety.

The imaginative fluency that Lynch displays is relentless in a film that manages to maneuver and manipulate copious head-spinning cinematic coups with both balance and brilliance.