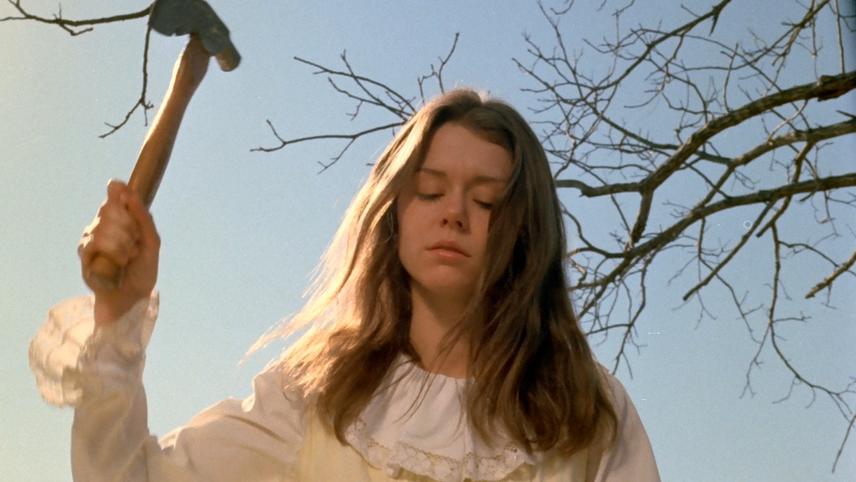 Films such as Blood Feast (1963), Love Camp 7 (1968), A Bay Of Blood (1971) and The Last House On The Left (1972) were either never formally submitted to the British censor or refused a certificate and, until the arrival of video, remained unseen in a country that considered Hammer Films the ne plus ultra of gore.

The novelty of video meant that distributors were not legally obliged to submit their material for classification, so for the first time British viewers were able to watch movies about cannibals, sadistic Nazis and psychotic killers armed with power tools. The cover art for these videos would’ve done an American exploitation outfit proud: from Cannibal Holocaust’s gut-munching native to S.S. Experiment Camp’s crucifixion of a naked starlet, nothing was left to the imagination.

It wasn’t long before Mary Whitehouse of the National Viewers and Listeners Association (NVALA or “National Valour”), which had previously rallied against such TV shows as Benny Hill and Dr Who, campaigned to ban these “Video Nasties.” Mrs Whitehouse had an ally in Conservative MP Graham Bright, who sponsored a Bill that amended the 1959 Obscene Publications Act to include movies.

Working from a list of 72 offending titles drawn up by the Director of Public Prosecutions (DPP), police seized any material they believed would “deprave and corrupt” viewers, often citing the covers as reasonable grounds for confiscation.

Movies marked with an asterisk (*) were successfully prosecuted for obscenity in the British courts. 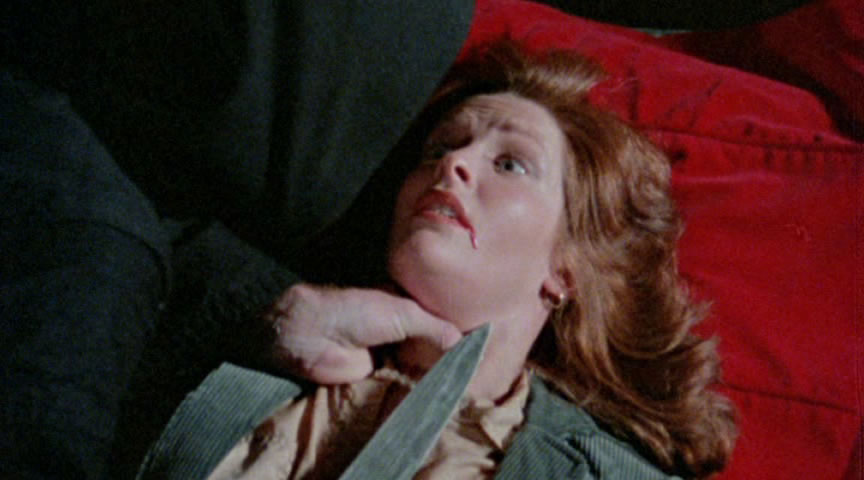 An overlooked contender for The Worst Movie Of All Time, Frozen Scream was banned for two months in 1984 before the authorities came to their senses. Loaded with mind-blowingly dreadful performances, cinematography and direction, the movie’s slender 85 minute running time feels like twice as long. The performers recite their lines like pod people, which is odd when you realize that lead actress Renee Harmon taught acting in Los Angeles.

Briefly, the plot – to save you from watching it – involves a pair of mad scientists seeking the key to eternal life. They go about this the way “scientists” in bad movies usually do, by killing strangers and keeping the bodies in cold storage until they can be resurrected as zombie slaves.

Too listless to be funny, Frozen Scream makes Manos: The Hands Of Fate look like a shoo-in for Best Picture. Unavailable in the UK for years, the movie recently appeared on DVD, so if masochism is your thing, help yourself. 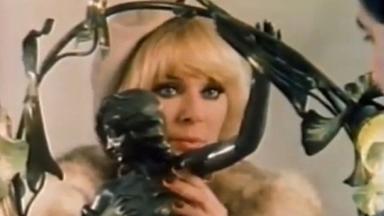 Based on a real-life murder case, this courtroom drama tells in flashback the events leading up to the murder of a manipulative model, played by Elke Sommer. What unfolds is basically an episode of Murder She Wrote spiced up with stabbings, genuine slaughterhouse footage and a head being bashed in, and it’s a very bland viewer who’ll be offended by any of it.

The only possible explanation for why the picture was banned alongside zombie films and cannibal movies is the cover of the Intercity Video box, which showed Elke Sommer wearing a wet t-shirt and carrying a pistol. Along with the title, that must’ve caused overzealous police officers to mistake it for a “blue movie.” 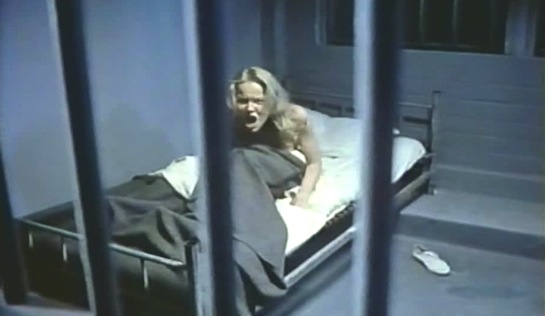 Geoffrey Lewis stars as a mad scientist who attempts to curb the behaviour of his inmates with “experiments” that are more like a series of practical jokes, and very mild they are too. Except for some brief nudity and a trickle of blood, the film could play on daytime TV.

However, the title convinced the authorities that the content was similar to S.S. Experiment Camp and the movie was banned. It hasn’t been available in the UK since.

There’s an Aztec high priest instead of Fuad Ramses and the action is relocated to New Orleans, but otherwise the film plays out as you’d expect. There’s more nudity and gore in this version, as becomes apparent during the scenes where our monosyllabic murderer picks up a hooker he proceeds to tie up, cover in oil and slash to ribbons. The fact that his pad resembles a Satanic temple really should have tipped her off.

Released to video in 1982, the movie was successfully prosecuted a year later and has yet to see an official release in the UK. Beg, borrow or steal a copy of the region 1 DVD, but under no circumstances should you buy one. 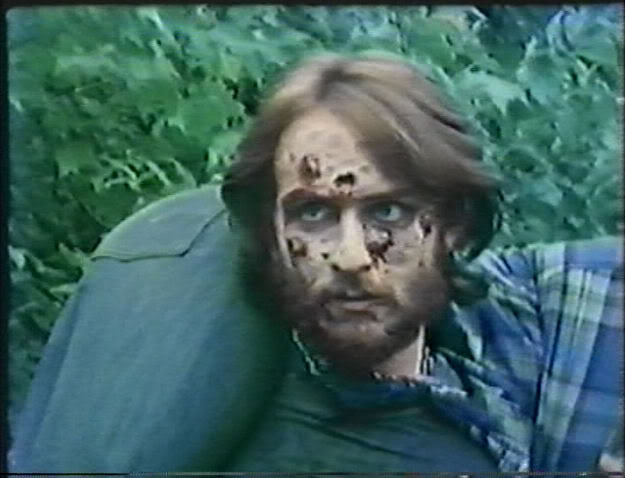 Also known as Blood Eaters and Toxic Zombies, this miserably acted time-waster plays like a less accomplished version of I Drink Your Blood. There’s another group of hippies on the rampage, but this time they’re turned into bloodthirsty savages when their marijuana crop is sprayed with an experimental herbicide by crooked government officials. Limbs are chopped off, eyes are gouged and throats are torn out, but the low budget means that the effects leave much to be desired.

Incredibly for a movie with such fake gore, Forest Of Fear found its way onto the banned list shortly after debuting on video in November 1982 and was subsequently prosecuted for obscenity. The film was never resubmitted to the BBFC because director Charles McCrann, who held the rights, died in the World Trade Center attack on 9/11. 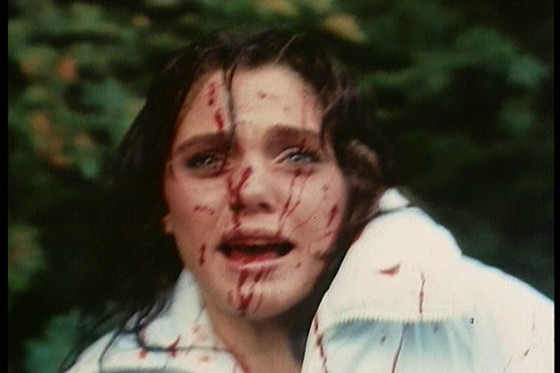 Tediously generic, badly acted and poorly made (the clapperboard is visible during a slow fade), Unhinged’s presence on the banned list is something of a mystery. What violence there is isn’t enough to generate controversy, and if the film hadn’t been singled out as a video nasty it would’ve disappeared into obscurity (or at least appeared on MST3K).

The plot involves three young women that’re taken to an old house following an automobile accident, but the performances are so broad (and the direction so hamfisted) that it’s impossible to get caught up in their plight as they’re stalked by a scythe-wielding figure. Even at 79 minutes it’s a long haul, and the “twist” ending isn’t worth sticking around for.

Incredibly, the film wasn’t released uncut in the UK until 2005. 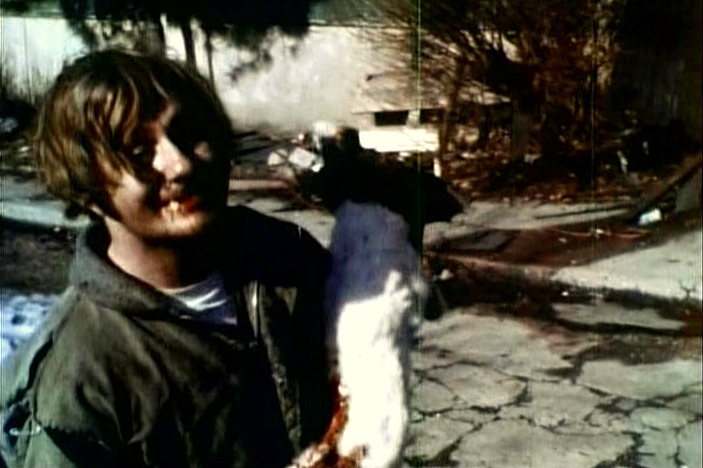 Also known as The Ghastly Ones, Blood Rites is a typical effort from New York filmmaker Andy Milligan: though set in Edwardian times, the characters have modern hairstyles, and all of the sleaze is so badly filmed as to be off-putting.

Even though the set-up (several couples who agree to spend three days in “sexual harmony” end up being murdered) allows for nudity and gore, the footage is usually out of focus and Milligan’s habit of swirling the camera during the murder sequences detracts from their effectiveness. Throw in endless talk, chintzy library music and bad period costumes (designed by the filmmaker) and you’ve got the most painful way of spending a rainy afternoon possible.

“When Andy’s movies are bad,” says Jimmy McDonough, “there’s nothing – nothing – worse.” Bear in mind, that’s the director’s biographer speaking. 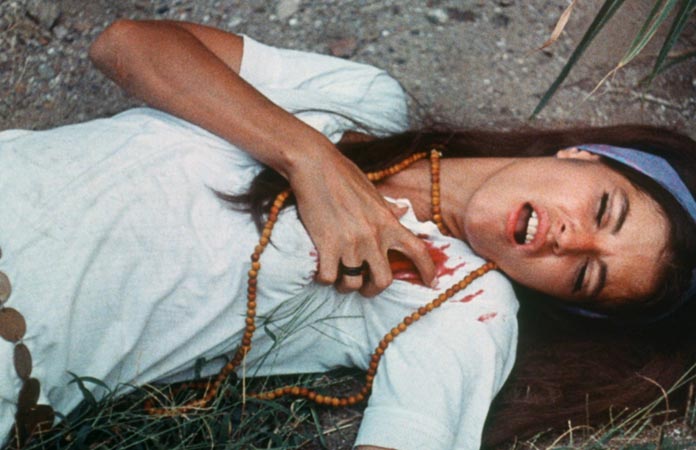 Credited as the picture that helped mythologize the snuff film, Snuff began life as Slaughter (not to be confused with the Blaxploitation movie starring Jim Brown), a 1971gore film that depicted the depredations of a Manson-like cult. Filmed on the cheap in Argentina, it was the first horror picture from Michael and Roberta Findlay, the husband and wife team that had hitherto made primitive sexploitation movies.

After playing in only three theaters, Slaughter would’ve fallen into well-deserved obscurity but for a producer named Allan Shackleton who, sensing an opportunity, changed the title and added a brief epilogue. In Shackleton’s footage, a young actress (she’s supposed to be the female lead in Slaughter, but looks nothing like her) is murdered while the camera keeps rolling, but the sequence is so badly handled that it has an unintended comic effect.

Bad acting aside, the gore is so obviously fake that it ruins the intended shock when the screen goes black and the cameraman is heard announcing that they’ve run out of film. Still, it was enough to fan the flames and before long, the existence of snuff films became an acknowledged “fact”.