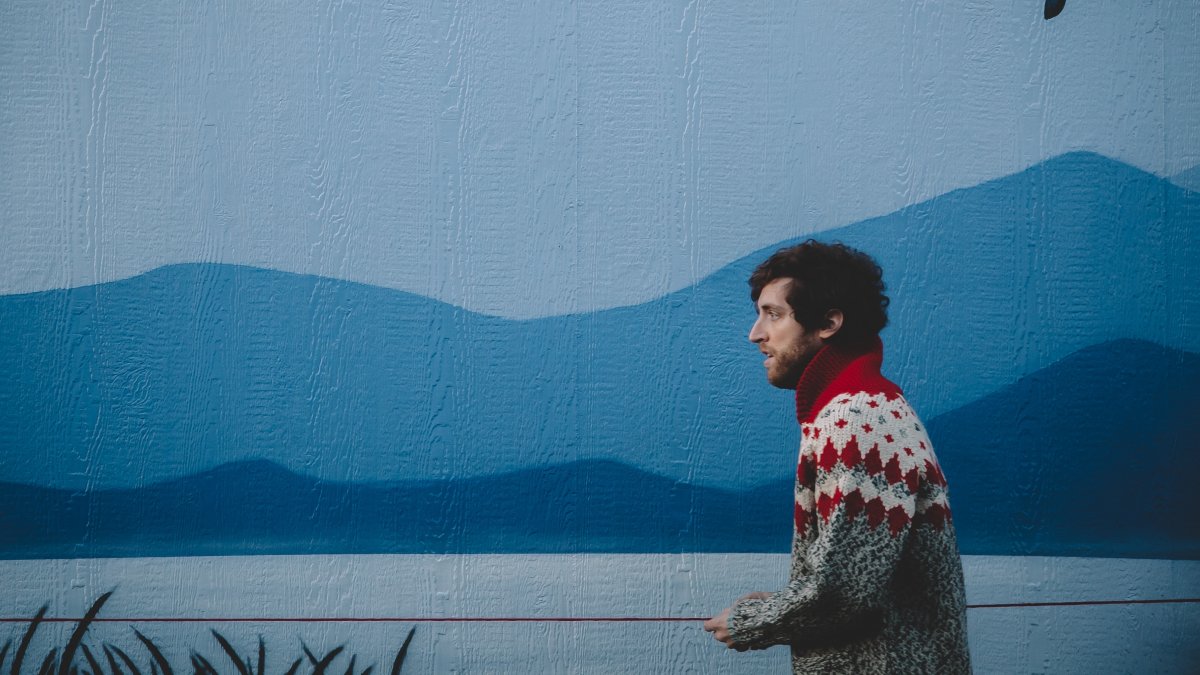 Were it not for a charismatic turn from Thomas Middleditch (Silicon Valley, The Final Girls) and some striking visuals (many cribbed from the Michel Gondry playbook, mind you), there’d be almost nothing to recommend about Jason James’ latest foray into familiar romcom territory, the thorny, over-written, and painfully prosaic new film, Entanglement.

Following up 2013’s equally unsophisticated compendium of clichés, That Burning Feeling, James presents another woefully predictable (apart from one twist straight out of Fight Club) pageant of platitudes. So basic, instantly recognizable and well-worn is the trail being blazed here before us that the film features, amongst other overdone stock characters as a doting mother, a keenly aware and far too observant pre-teen little girl, and not one, but two Manic Pixie Dream Girls (MPDG).

Entanglement unravels the oft-told story that everyone and their dog should be sick of by now of a privileged and wealthy young white male, unsatisfied with himself and so all the quirky and intelligent women in his life need to lower their standards to encourage, and embrace him.

Ben Layton (Middleditch) is recently divorced, deeply depressed, and suicidal. He has some moments of candor and warmth, thank goodness, but these are often sidelined by the film’s easily remedied and outrightly insulting antics and ideas about suicide (the scene where Ben’s mom, Betty [Marilyn Norry], lays into him with a speech that she “raised my son better than that” is particularly insulting for people who’ve actually lost loved ones to suicide), and the sad fact that Jason Filiatrault’s script is so obnoxiously overwritten. Every character is just so clever, so sarcastic, and so informed, it’s like Kevin Smith on steroids.

Ben gets the idea, aided by his wacky/sexy neighbor MPDG #1, I mean Tabby (Diana Bang), to track down and connect with MPDG #2, Hanna (Jess Weixler, who deserves to be in a better film than this), who most likely may just be Ben’s adoptive sister from way back.

The film takes a brief and mildly creepy detour into rom-com’s tepid waters, and here at least a few surreal splashes and visual flourishes courtesy of cinematographer James Liston’s keen lensing, distract us for a little while. But quicker than you can say “Tyler Durden” this wannabe breezy but more accurately hard put piece of fluff manages to make it’s 84 minutes feel like the Marathon des Sables.

If Garden State is your Citizen Kane then I dunno, maybe Entanglement is your Magnificent Ambersons. But also, if your life has ever been dealt a dark hand by the black dog of depression or the devastating grief of suicide loss, you’d be best to avoid this wannabe edifying, swirling quagmire of a mess altogether. Yuck. Male gaze comedies with self-contented characters monologuing about shit they know almost nothing about is a trend that audiences outgrow, and like Ben here, and his mealy mouthed world, we all deserve better.