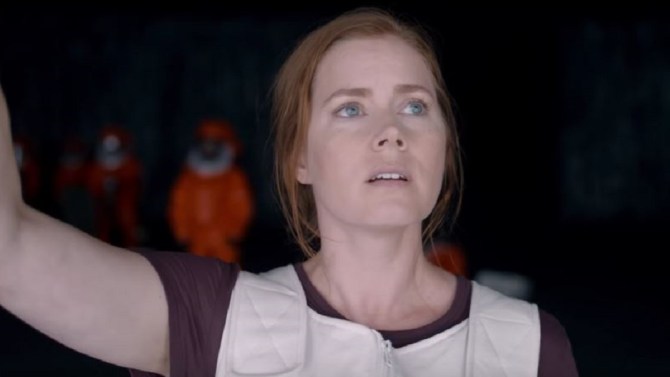 This article may contain spoilers.

In his twenty years as a film director, Denis Villeneuve has won dozens of awards and been nominated for dozens more. With the recent release of Blade Runner 2049, and having also recently signed on to direct a new feature film adaptation of Frank Herbert’s classic novel Dune, Villeneuve is poised to enjoy the perfect combination of critical and box office success. To date he has released nine feature films, the first four in French and the rest in English.

Before looking at the individual films—and ranking them from worst to best—it is worth taking a moment to consider the importance and impact of that bilingual split in the progression of Villeneuve’s career from the limited scope and budgets of his early, independent French-Canadian films to the much broader horizon now opened before him of the global market for big budget Hollywood films.

From this chronological listing we see that when Villeneuve first began directing, writing his own material was integral to the process of finding his cinematic voice. His earliest French language films engage with formal aesthetics to a degree that almost strains their intelligibility and even at times leans into overt surrealism that cues comparisons to other contemporary directors like David Lynch or Jeunet and Caro. When Villeneuve shifted to directing films in English, he also shifted away from writing his own material.

As we will see in the ranked listing below, the high points for each of these two periods were achieved on adaptations of existing material: Incendies (a play) and Blade Runner 2049 (a sequel to a venerated film classic itself based on an equally venerated work by one of the most influential writers of the late 20th century).

After the release of Prisoners, Villeneuve took questions in a 2014 “Ask Me Anything” on Reddit, including one about his project choices. He responded that, “The challenge in working in Hollywood is of course to protect your own identity as a filmmaker. As long as I feel that I can make my movies with my sensibility, I’ll be comfortable working there.”

The following list, then, will rank the degree of his success over time in developing and “protecting” his unique and exciting identity as a filmmaker. In the case of such an accomplished career as Villeneuve’s, a worst to best list might more properly be termed a “definitely flawed, but honestly still quite good” to “astonishingly sublime” list.

The youngest children of two suburban families are abducted, bringing out the dark side of nearly everyone touched by the crime as it is slowly revealed in increasingly shocking and twisted detail.

The problem with this film is that it suffers from feeling simultaneously too fictional and not fictional enough. It is Villeneuve’s most strictly linear film, and also the first film he directed without having had a role in writing it. As such it ends up badly overlong as it twists and turns through the increasingly outlandish complexity of its police procedural narrative, while simultaneously shoehorning in the more elegant and meditative formal visual aesthetics that are Villeneuve’s trademarks—discussed in greater detail below in connection with his better films.

In some ways this feels like a script that might have been written with a young David Fincher in mind. In Fincher’s early films like Se7en and The Game, there in a jaw-dropping fictionality to the twisting thriller plots that makes them more enjoyable as they open their abysses of wild metaphor. The bizarre twists and turns of Prisoners lean into exactly this kind of over-the-top territory. Yet the trademark meditative tone and character-driven ethos that Villeneuve brings to his films clashes with the script by grounding it in a weighty emotional realism that ultimately does its pseudo-occult strangeness a disservice.

Prisoners isn’t so much a bad film, as one in which the “identity as a filmmaker” that Villeneuve referenced in his Reddit AMA comes into unfortunate conflict with the material he’s directing. In some ways it feels as if in order to establish himself in Hollywood, Villeneuve had to prove that he could make a Hollywood genre picture that he struggled to also make in his own voice. 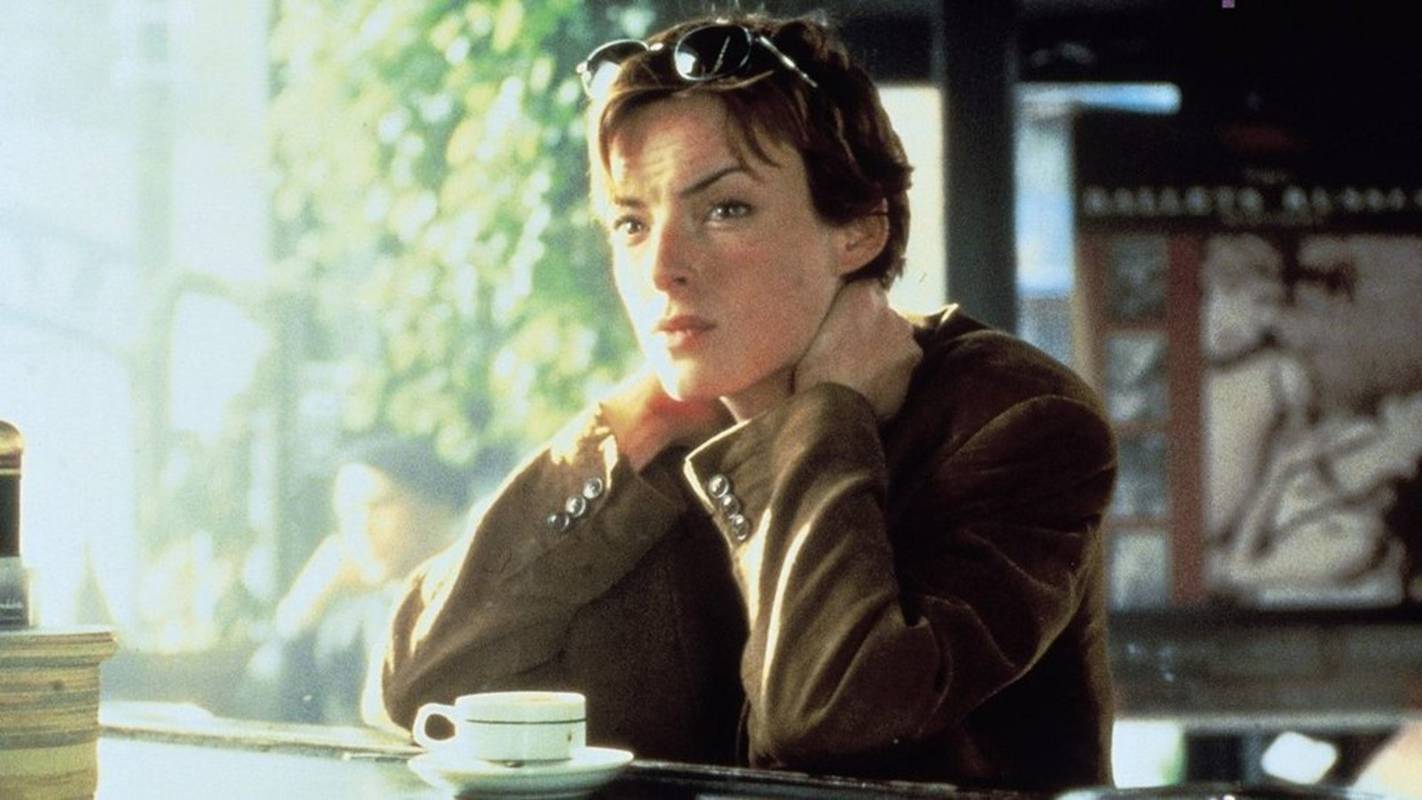 Simone Prévost (Pascale Bussières) has a near fatal car accident which triggers in her an urgent desire to approach her dear friend Philippe (Alexis Martin) to father a child for her.

In this his first feature Villeneuve makes clear his reality-skewing cinematic intentions even with the film’s title alone. This disruption of time-in-reality continues throughout the film as days tick by marked by intertitles—August 33, 34, etc.—that signal Simone’s refusal to re-enter the proper and normal flow of her life.

To the quirky, metaphoric trajectory of this (not time travel proper, but rather) travel outside of time, Villeneuve adds the staging of the film’s pivotal moments in a series of blank, empty, dislocated, and almost alien spaces that Simone and Philippe pass through together. These spaces range from pedestrian ones of transit and transition such as airports and hospitals, to the surreal, blank whiteness of Utah’s Great Salt Lake—a dislocation from the film’s main setting of Montreal—and then further to a blank, white, Japanese-style “sleeping pod” inside the airport where Simone and Philippe spend a night together.

This latter functions first as a metaphoric dislocation from North America to Japan, then still further to a comedic metaphor for dislocation into outer space as Philippe pretends to bounce around the spaceship-like pod in slow-motion-mimed zero gravity.

August 32nd on Earth powerfully announces Villeneuve’s intention to bring to the screen formally complex stories of personal and interpersonal journeys through deeply felt emotional conflicts. Its elegance foreshadows much of his later work.

Troubled and somewhat spoiled Bibiane (Marie-Josée Croze) has an abortion and then accidentally kills a Norwegian immigrant fishmonger. As narrated by a series of bloated, bloody yet philosophical fish that are consecutively butchered in the hull of an ancient wooden ship, this film somehow ultimately becomes a grand love story.

Maelstrom continues Villeneuve’s Godardian inclusion of intertitles that disrupt the narrative to comment upon its progress. This is something that will continue off and on to his most recent film Arrival. It’s a valuable technique from the standpoint of making sure the viewer isn’t allowed to become overly immersed in the story itself; reflexively establishing and reinforcing instead a certain degree of critical distance from the screen.

Such play of immersion against distancing will gradually become one of Villeneuve’s trademarks. In Maelstrom it arises even in the way the viewer’s eye is pushed and pulled by lighting that sweeps from straining darkness to glowing luminosity. Early on we see this sweep encapsulated in a single shot that begins with Bibiane sleeping, barely visible, in the deep shadow of a sofa backlit by the morning light outside the large windows of her urban apartment.

Continuing the same shot, the camera lens aperture opens smoothly and swiftly in a breathtaking analog of rack focus wherein the city outside in the upper half of the frame is suddenly blown out to white invisibility, while the apartment’s interior becomes visible as Bibiane “awakens” literally within the story and also compositionally, figuratively, within the lower half of the frame.

By the end fade out of only his second feature, Villeneuve confirms his command of formal cinematics and engagingly convoluted nonlinear narrative.

A mild-mannered history professor meets his double and descends into a surreal hell of confusion and jealousy.

Immediately after directing Jake Gyllenhaal in Prisoners, Villeneuve directed him again in this film. In it one can almost hear Villeneuve breathing a sigh of relief as he releases the pressures built up in working on his first Hollywood production and returns to simpler, more familiar territory.

On the subject of adapting Enemy from the novel The Double, Villeneuve explained, “The movie is different from the book. This isn’t a direct adaptation. I really think that when you make a movie out of a play or a book, you do your best to be faithful to the author’s idea, but you need to be a traitor, unfortunately, because you will transform the story into your own, according to your own sensibility.”

Enemy returns to the kind of overt surrealism previously on display in Maelstrom. In Enemy, however, the surrealism is darker, heavier and more opaque than the comparatively lighter and almost whimsically grim weirdness of the earlier film. From its first images to its last, Enemy is relentless in it resistance to tethering itself to any straightforward reality principle.

Unlike Prisoners, however, the over-the-top fictionality of this film thrusts itself roughly like a ragged knife into the mind’s eye, in spite of only one explicit (though bloodless) act of violence in its entire 90 minute running time. Its relative simplicity is its greatest asset as it loops through reshuffled permutations of the constellation of relationships surrounding the lead character and his double, both played by Gyllenhaal.