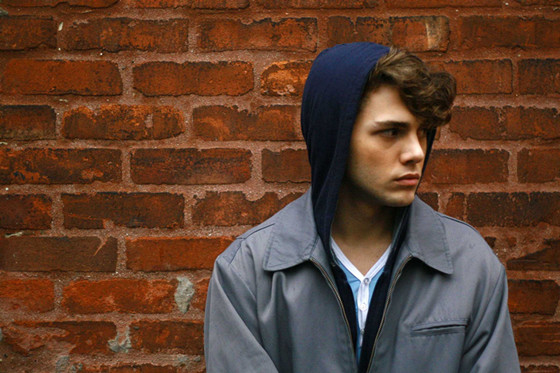 “Deep down I love her, but it’s not the love of the son,” confides the 16-year-old Québécois Hubert Minel about his mother during a black-and-white self-recorded video scene. Not only paradoxical, but there is a sheer boldness, angst and authenticity in Dolan’s semibiographical film debut, I Killed My Mother, that makes it stand out from other cinematic accounts of adolescent revolt.

Dolan’s portrait is not as much about teenage unraveling as it is about a passage, a temporary barrier between child and parent that reaches its peak right before it dissolves through detachment. This obsessive high point of seemingly endless quarrels, passive-aggressive temperament, and resentment over the apparent lack of influence on each other is what I Killed My Mother captures so accurately.

Just like its iconic scene, that switches between slow and fast motion, featuring Hubert and Antonin (Françoise Arnaud) sporadically dripping paint against the wall right before having sex, I Killed My Mother is nothing if not expressive of its youth, flaunting its immaturity with confidence.

In contrast to its visual freestyle, Dolan’s script is thorough in its dialogue and has plenty of turns to maintain an engaging narrative. The interactions between Hubert and his mother Chantale (Anne Dorval) are either ridiculously intense or intensely ridiculous, but always vulnerable as well as true to its material.

Being 20 at the time, Dolan is convincing as the irritated, frustrated and confused Hubert. Dorval succeeds in conveying Chantale’s weariness, exasperation, and preoccupied nature that Hubert so frequently nitpicks and assaults.

Despite having shot Hubert’s house scenes in his real mother’s house, Dolan does not deserve any less praise for his keen observation on production design – the exaggerated number of tchotchke, candles, the James Dean and River Phoenix posters, the practical tungsten lamps, and the placement of objects – all contribute to channeling the verisimilitude of its setting.

Although there are several instances that reveal its young helmer’s lack of experience, especially in its rough transitions and obvious cinematic influences, I Killed My Mother did not only ascend Dolan to wunderkind status, but it already showcases the familiar style and motifs – the weary mothers, the slow motions, visual lushness, classical compositions, and pop culture connoisseurship – that he would develop throughout his repertoire.

While regarded by some as his most emblematic film, which undoubtedly makes the case to rank higher in the list, there are two films whose thematic scope, technical balance, and production scale are more representative of Dolan’s growth as an auteur. 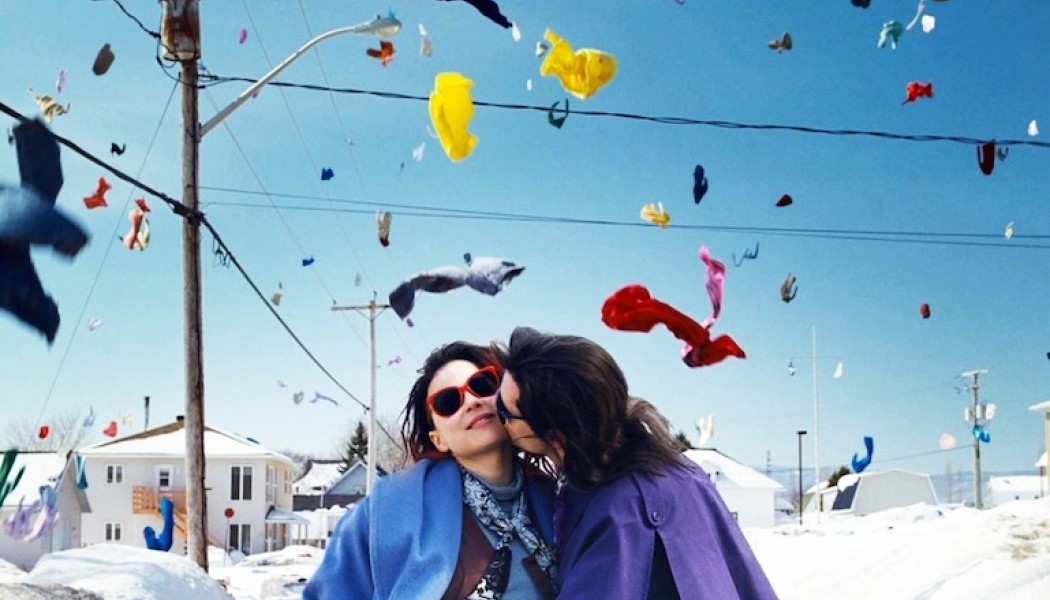 Daring. Romantic. Thoughtful and deeply sympathetic, Dolan’s ambitious three-hour epic might be significantly too long for its material in comparison to the tighter I Killed My Mother, but compensates through a universal and relatable observation on how over time, self-realization and self-image can fracture, implode, and evolve a relationship between two people.

Laurence Anyways follows the title character, a male-to-female transgender during a period from the late 1980’s to the late 1990’s, detailing her physical transition, confrontations and most prominently, her relationship with her then girlfriend Fred (Suzanne Clément) and her mother Julienne (Nathalie Baye).

The two central performances are nothing short of amazing: Melvil Poupaud’s Laurence the man, is taciturn, distressed, and a push away from unraveling, while as a woman, she is composed, confident, yet emotionally distant. On the other hand, Clément’s vigor, emotional derailment, and magnetism measure up to the film’s highest points.

There are plenty of scenes that stand out – Laurence’s sassy runway through the high school’s hallways, Fred’s solo venture into the decadent fashioned ball, the clothes raining on Laurence’s and Fred’s romantic getaway, Julienne’s revolt against Laurence’s father – all beating to a lavish hip soundtrack of both classical compositions and ‘90s pop hits that includes The Cure, Duran Duran, and Depeche Mode. Particularly, the flashback to the ill fated couples’ first meeting, which along Craig Armstrong’s rendition of “Lets Go Out Tonight,” exudes with straightforward simplicity and nostalgia.

In terms of visuals, Laurence Anyways is dazzling, colorfully saturated, moderate in its extravagance, and more methodically shot than the director’s previous efforts. It is noticeable that Dolan experimented with a dynamic range of cinematographic styles, such as brash handheld movements, most prominently during the leading duo’s back-and-forth arguments, whose confrontational stance are enhanced by the film’s Academy ratio.

On the other hand, a Mona Lisa portrait centered in a blue colored bedroom, the tracking movement to Fred behind a saturated red bathroom door, Dolan expands his surreal imagery to psychological, dreamlike grounds, which he enhances by combining slow motion movement and strongly symmetrical, geometrically shaped compositions in a way that is reminiscent of Kubrick’s late work. For instance, the flow of water befalling Fred on her living room casts the impression of The Shining’s symmetrically framed elevator releasing a gush of blood through the hallway.

Alongside Mommy, Laurence Anyways is the only film in which Dolan effectively mirrors the passage of time, albeit more literally, in its characters’ maturity, ideals, and shifts of temperament. Throughout a decade, Laurence and Fred embark on a complex and arduous circuit to accept each other’s differences, only to cycle back both literally and figuratively to the microcosmic truth of their separation: both fell in love with each other without accounting for how they see themselves.

Returning to familiar territory, Dolan’s Mommy explores a mother-son relationship from a refreshing, innovative and mature perspective while masterfully calibrating its performances, material and stylistic pursuits. In contrast to his semibiographical debut, Mommy follows the eponymous single parent, a strong and independent woman, and her best of attempts to contain and raise her eccentric, unstable, tyrannical son.

Mommy is led by its trio’s groundbreaking performances: as Diane Després, “Die” for short, Anne Dorval chews bubblegum, and walks in tacky washed jeans and skyscraping heels with a swagger and unwavering confidence that only comes to decline as she reveals a pensive complexity about her son’s well-being.

Having moved in to the neighborhood after a recent nervous breakdown, the talented Suzanne Clément successfully measures to the intensity of the mother-son duo as Kyla, a stuttering teacher whose scowl rests on a thin line between poised composure and its implosion.

The talented Antoine-Olivier Pilon is a revelation in his mesmerizing performance as Steve, whose tantrums quickly (and smoothly) evolve him from boisterous, charming naiveté to a devilish, sexually aggressive force.

This time around, whether it’d be Oasis’ “Wonderwall” playing to Steve running a shopping cart, or Counting Crows’ “Colorblind” to thought provoking effect as he rides his skateboard, Dolan’s pop song companions seem to encapsulate youth from an outward, reflective, more nostalgically inclined perspective.

Inspired to produce the film by the discovery of Pilon and Ludovico Einaudi’s harmoniously cathartic compositions, it’s no wonder that Mommy finds its most emotionally compelling scene in Die’s fantasy about the life she wishes for Steve – his graduation, the heartfelt farewell to college, his marriage ceremony – all playing to the powerful crescendos in Ludovico’s “Experience,” right before it blurs, both literally and figuratively, at the rift of Steve’s unfortunate outcome.

Although Dolan’s tragic sequence is as deliberate as it is obvious and seems derivative in words, the tonal consistency, character development and momentum build-up allow for it to stand among the best in Dolan’s oeuvre.

In many ways, I Killed My Mother and Mommy bookend Dolan’s evolution as an auteur. Whereas the former thrives on its ability to crystalize both the immediacy and immaturity of a fleeting period while growing-up, Mommy uses a mother-son bond as well as a friendship between two forlorn independent women, to underline and reflect upon the transient companionship that encompasses all human relationships.