This biopic of Howard Hughes starts with him trying to make a seemingly impossible movie, and ends with him reclusive, almost certainly going insane. The mental issues start slowly, with a fastidious approach to cleanliness, but soon they threaten to take over the entirety of Hughes’ personality.

Once again, The Aviator shows Martin Scorsese’s visual flair for elevating films high and above their source material, a case in point being the different film stock he used to depict the different filmmaking epochs of Hughes’ life.

If Gangs Of New York promised a great collaborative team between Leonardo DiCaprio then The Aviator delivered on that promise. After first working with Harvey Keital and then Robert DeNiro, Martin Scorsese found in the young wunderkind a reinvigoration of his own cinematic potential. It was a mutually beneficial relationship — giving DiCaprio some of the best performances of his career, and allowing Martin Scorsese’s films to win much more Oscars than before.

Back before Nicolas Cage’ sadly became a parody and was in fact one of the finest and most committed actors of the ‘90s, Bringing Out The Dead allowed the great actor to prove his chops in a classic New York Martin Scorsese movie.

He plays an insomniac ambulance driver, who although always surrounded by death and the sadness of not being able to help everyone he sees, still has to push through and make the most out of his life. In this respect, Scorsese turns in one of his finest character portraits; a depiction of a modern angel, who although flawed, still tries to do his best to save those in need.

Set in the early 1990s, pre-Giuliani, in a city that was still considered to be highly dangerous if you wandered into the wrong places, Scorsese lights the place as if it were a modern version of hell. A box office bomb upon its release, Bringing Out The Dead remains the closest the Catholic director ever came to the Dantesque. The result is tantalising. 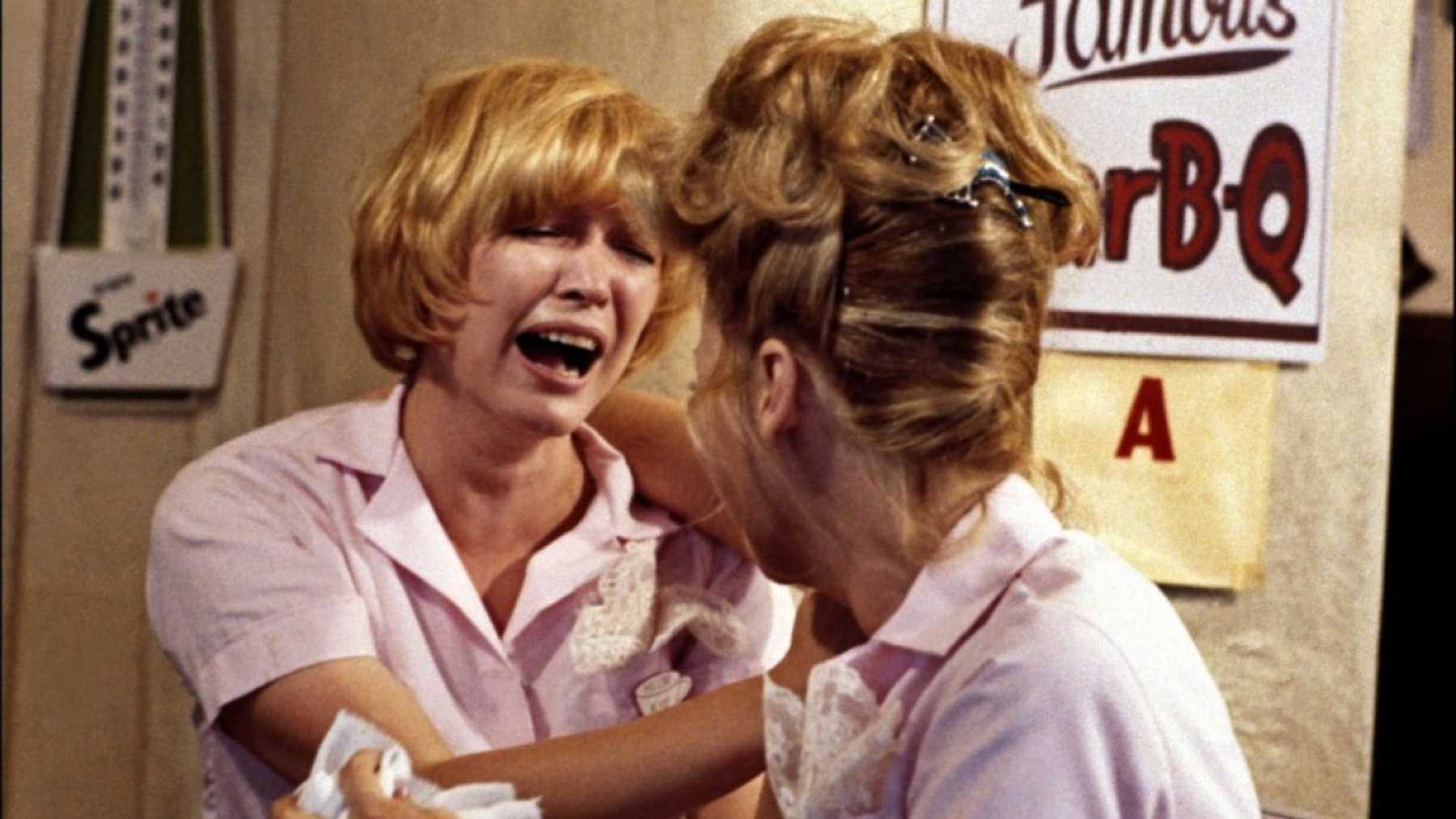 One of the major criticisms of Martin Scorsese’s oeuvre is that, despite being a great director of men, the women in his movies mostly suffer; either being depicted in the mind of the famed Catholic as whores, madonnas, or aggrieved wives.

Yet, this isn’t entirely true, as with Alice Doesn’t Live Here Anymore he mounted an excellent and fully realised drama with a woman at its centre. Played by the great Ellen Burstyn — better known for playing the mom in The Exorcist — Alice is a woman of many contradictions but also of remarkable courage.

Upon the death of her husband, she takes her son and leaves her hometown in New Mexico to move to Phoenix, Arizona in an attempt to make it as a singer. Along the way she suffers greatly upon the hands of abusive men, at times parodying the notion of liberation in such an obviously patriarchal society.

It is through this critique that Scorsese seems to be a more feminist director than most critics give him credit for. Nonetheless, with perhaps the exception of Sharon Stone in Casino, or Cate Blanchett’s Katherine Hepburn in The Aviator, he hasn’t directed such a vital and important female performance since.

If we are to take the timeline from Gangs Of New York to Wolf of Wall Street as one continuous and self-contained world, then Martin Scorsese has slyly revealed himself to be the best chronicler of the most famous American city.

Gangs Of New York can be seen as the prequel to all his modern American gangster films, showing that the country has always been steeped in a strong violent legacy. Depicting the on-going battles between the Irish immigrants and the natives in the 1840s, and the one man who seems to be stuck between both gangs (Leonardo DiCaprio in his first role for Martin Scorsese), it is a hyper-violent origin story for the city.

What it showed, at the turn of the century, was how Scorsese was no longer interested in making films entirely for himself, but instead was trying to make the kind of films that would make good contenders for Best Picture at the Oscars.

In this respect, especially when compared to Bringing Out The Dead, Gangs Of New York was a turning point for Martin Scorsese, the legacy of which could be seen in films such as Hugo and The Aviator; lesser works which nonetheless had more Oscar potential. Yet, in a stroke of irony, one of his most typically Scorsesian movies, The Departed, ended up giving him the best Picture win.

Martin Scorsese is not famed for his genre movies, but when he does them right, he knocks them out of the park. This is certainly the case in Shutter Island, a psychological neo-noir thriller which sees Leonardo DiCaprio visit a mysterious psychiatric island only to find out that things are not as they initially seem. Coming in the same year as Inception, Shutter Island was a revelation for DiCaprio, playing a haunted, possibly mentally deranged man with consummate ease.

Like with the relatively simple After Hours, it is through Martin Scorsese’s direction that Shutter Island truly comes to life. An interesting trick he deployed was in deliberately making continuity errors in order to make the viewer sense something was off.

Yet, behind all that flair for telling an engaging thriller, Shutter Island also contains a strong sense of anti-War morality. The film’s hero is shown to be suffering from the repercussions of engaging in the Dachau liberation reprisals, in which American troops committed summary executions of German soldiers. With this Martin Scorsese buried an intriguing theme that elevates the genre movie into high art. 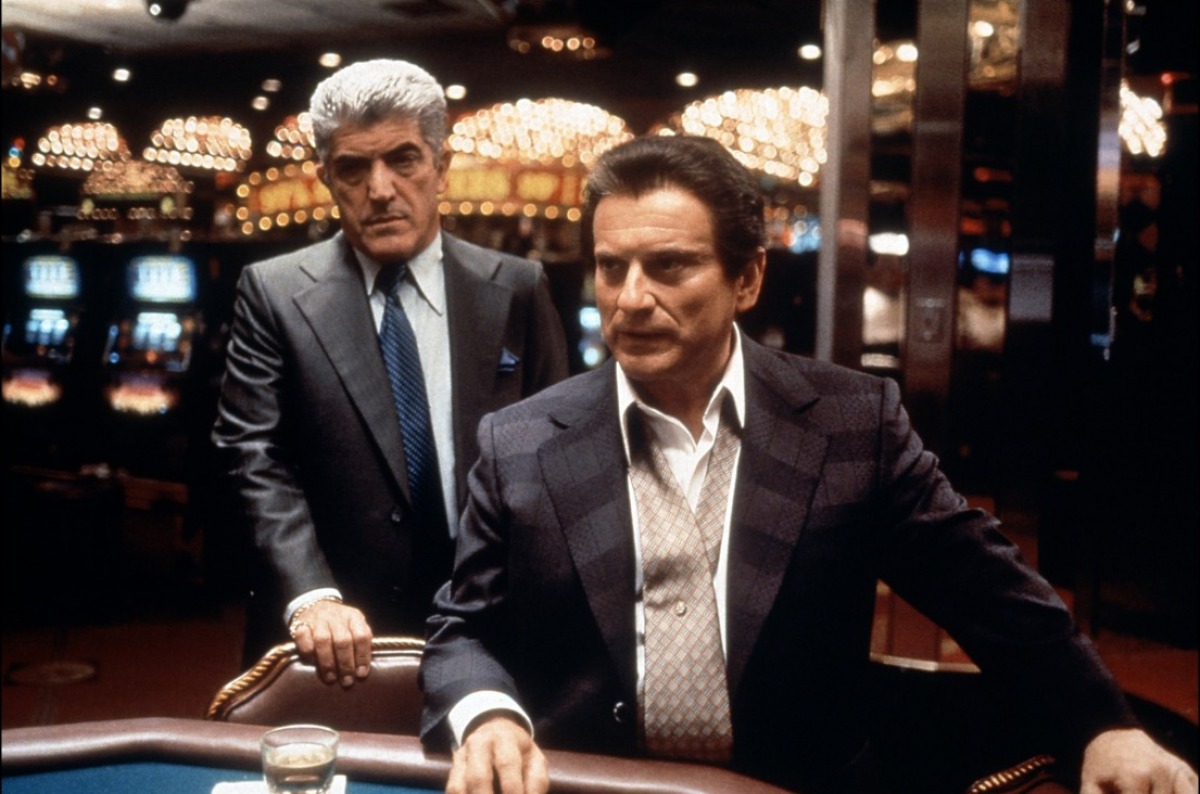 Functioning as a kind of informal sequel to Goodfellas, Casino is a wildly enjoyable ride into the mafia underclass of Las Vegas’ gambling world. Yet at the heart of it is a love-triangle, with Pesci, DeNiro and a never-bettered Sharon Stone all turning in grandstanding performances.

Unfairly maligned for merely retreading Goodfellas upon its release, Casino remains a great portrait of Las Vegas before it turned into — in the words of its main character — a type of Disneyland for adults. It is perhaps Scorsese’s most violent film, taking the excess portrayed in Goodfellas and turning it up to 11.

Yet, in portraying the Mafia, this violence always feels deeply needed and intrinsic to the plot. Additionally, it contains the finest example of unreliable narration in film history, with Nicky being interrupted mid-monologue by the thwack of a shovel. This scene is emblematic of Casino’s wild and highly entertaining twists and turns, always keeping the viewer of the edge of her toes. 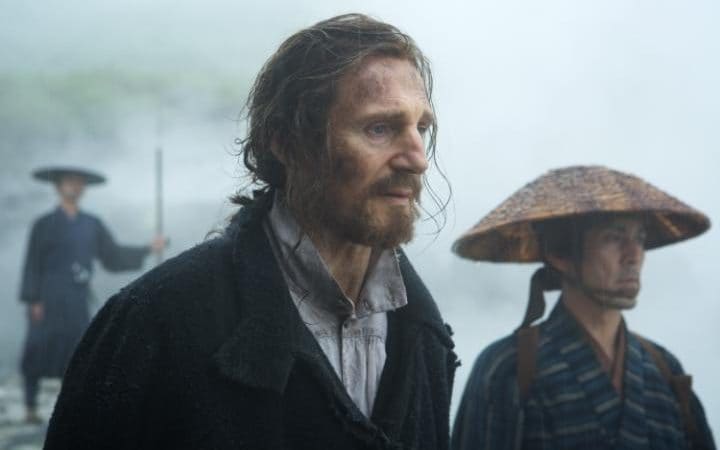 Almost completely overlooked at this year’s Oscars (with only one nod for cinematography) Silence may be Martin Scorsese’s most foreboding work. A passion project that finally came to fruition after twenty-five years of legal wrangling, this film may not be for everyone, but for those who interested in questions of faith and how to express them through art, this is one of the best examples in recent years of truly faith-based cinema.

It sees Adam Driver and Andrew Garfield play two priests, who upon hearing that their mentor has apostatised, travel to Japan to try and find him. Soon they find their faith tested to the limit. The deeply complex Silence sees Martin Scorsese on the level of Bergman, Tarkovsky and Dreyer, using cinema as a means to communicate with God. They really don’t make them like this anymore, making Scorsese one of the last great auteurs to deal with the nature of religious belief.

This black comedy may just be Martin Scorsese’s most underrated work. It is just as violent as Taxi Driver or Raging Bull, but it is a different kind of rage; a passive aggressiveness that seeps into every part of its protagonist’s body.

Featuring, once again, another great performance by Robert DeNiro, The King Of Comedy is a deeply uncomfortable cringe comedy, conjuring up moments where the audience is not sure whether to laugh or to feel mortified. Yet, this is undoubtable Martin Scorsese’s intention, in the process creating an extremely well thought-out satire that probes the very nature of fame.

More prescient today than it was in 1982, The King Of Comedy pointed towards a world where everybody thought they could be a comedian, and that they were entitled to success merely on account of how much they had practiced that comedy in their mother’s flat. A pitch-dark comedy truly ahead of its time.