Ranking Almodóvar’s films is something of a challenge. If you talk to several hardcore fans, you’ll quickly realize that what is considered a top 5 Almodóvar film for one person could be in the bottom five for someone else. His movies are so consistently well-done that it’s hard to pick out winners and losers.

Almodóvar doesn’t really have any losers. He just has films that are less exceptional than others. With how close each of these movies are in quality, it’s almost a chore to create a list like this. In terms of quality, the difference between number eight and number fourteen is surprisingly minor. After all, these are all exceptional motion pictures.

With that in mind, be aware that this list probably will not match up with your opinion. With a filmography consisting of twenty different movies, there’s plenty of wiggle room. This is a very personal and very subjective ranking. However, it’s still a list that should either get fans talking or newcomers interested in the works of this acclaimed filmmaker. Don’t take the order to heart, especially considering the fact that each of these twenty movies are, at the very least, worth a small chunk of your time. 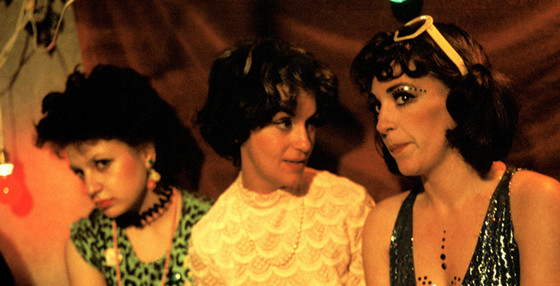 Almodóvar’s debut is kind of a mess. It’s certainly charming, but it’s narratively daft and only occasionally funny. To make matters worse, the $50,000 budget is hard to ignore thanks to the grainy cinematography and amateurish performances. This very much feels like a first film.

Unfortunately, it doesn’t feel like a Resevoir Dogs or a Pi. Instead, it’s comparable to something like Dementia 13 or Piranha II: The Spawning (okay, maybe that one is a bit harsh). There are various Almodóvar ingredients buried within the film, but they never come together to create something special. It’s no wonder the movie didn’t get a US release until years after Almodóvar became successful.

The movie follows the lives of several different characters. These characters are certainly quirky, but they’re not layered. None of these characters are interesting enough to deserve the spotlight, which is especially disappointing considering Almodóvar’s praise-worthy character studies later down the line.

Maybe characters don’t need to be captivating in a campy comedy movie, but unfortunately the jokes are a mixed bag as well. The movie is far from laugh-free, but a few of the jokes come off as downright cringey. Dedicated viewers are sure to find something to laugh at, but they’ll have to sit through multiple attempts at humor that simply don’t land.

As the intro said, Almodóvar doesn’t have any downright bad movies, but this one is an obvious outlier in comparison to some of his greatest achievements. It’s certainly fun and silly, but that doesn’t mean it’s a great comedy movie. Instead, it’s a passable comedy movie that paves the way for what comes next. Almodóvar diehards shouldn’t pass it up, but it’s far from necessary viewing. 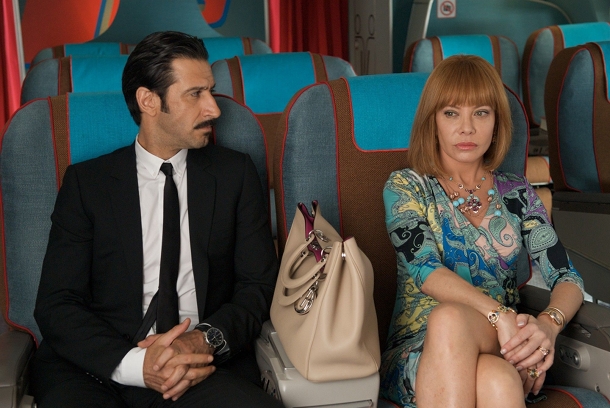 In an attempt to go back to his routes as a campy comedic director, Almodóvar ultimately forgets what makes him so special in the first place. His ability to blend genres together seamlessly is uncompromised. His ability to make an intelligent statement in a seemingly unintelligent movie is hard to fathom. He has so many skills that are unfortunately wasted in an attempt to cash in on the genre that put his name on the map in the beginning.

The movie is definitely funny. Sometimes it’s even laugh-out-loud funny. The problem is that viewers have come to expect more from Almodóvar as a director. He’s proven that he can implement this campy brand of comedy into a smart script and make something worthwhile.

I’m So Excited! has the campy sense of humor, but it feels so out of place compared to Almodóvar’s more complex works. It’s not that directors should avoid having a little bit of fun, but I’m So Excited! has so much fun it forgets to tell a cohesive story.

Traditional comedies don’t need an overcomplicated story to succeed. After all, the goal is to make you laugh. It’s problematic because I’m So Excited! tries to jam too much story into a tight package. Most of the movie takes place on an airplane, but there’s so much exposition going on outside of the airplane scenes that it’s hard to figure out what the hell is supposed to be going on in this crudely stitched together screenplay.

This all sounds a bit harsh. This movie is not a dumpster fire. The charming cast of Almodóvar regulars have a lot of fun with this messy script. Plenty of viewers will have fun as well. This list is dedicated to comparing multiple films however. I’m So Excited! is not even close to the best of the bunch. 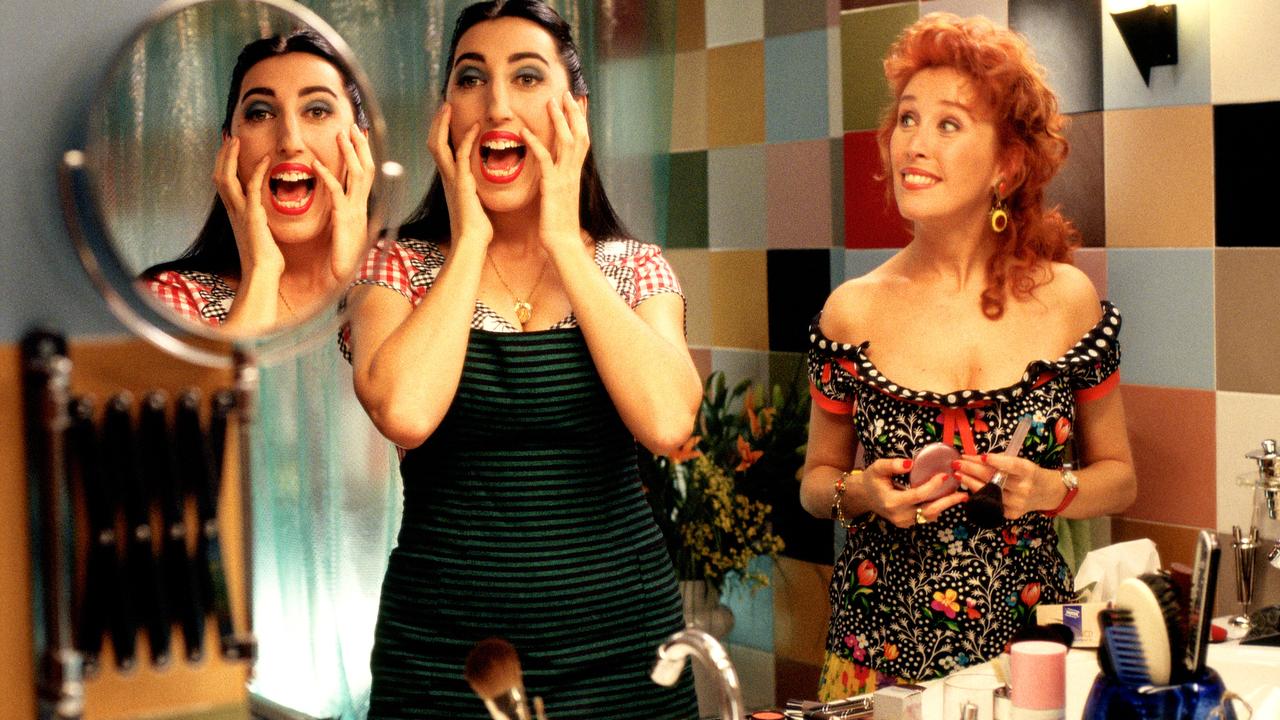 With Tie Me Up! Tie Me Down! and Law of Desire making a splash with viewers, Kika more or less landed with a thud. At this point, filmgoers expecting more from the already acclaimed director.

After learning from his early mistakes, it’s a shame that Kika runs into so many of the same problems as his early films. It’s nonsensical, the humor is inconsistent, and the characters are unremarkable. To put it bluntly, this didn’t represent Almodóvar’s filmmaking abilities at the time. Lack of experience could no longer be used as an excuse.

Like his early works, Kika is energetic. It’s as wild as an episode of Looney Tunes. Unfortunately, it’s four times as long and expectations are higher. It’s a shame that Almodóvar can’t live up to those expectations. It tries to present its viewers with clever motifs, but they’re too in-your-face to be meaningful. They’re so easy to spot because they’re so frustratingly lucid.

Almodóvar doesn’t exactly excel at subtlety but it would have been nice to be able to think about something after the film ends. Kika is in one ear and out the other. It’s flushed from your memory almost instantly after the screen goes black. It’ll make you smile, but that hardly lasts. 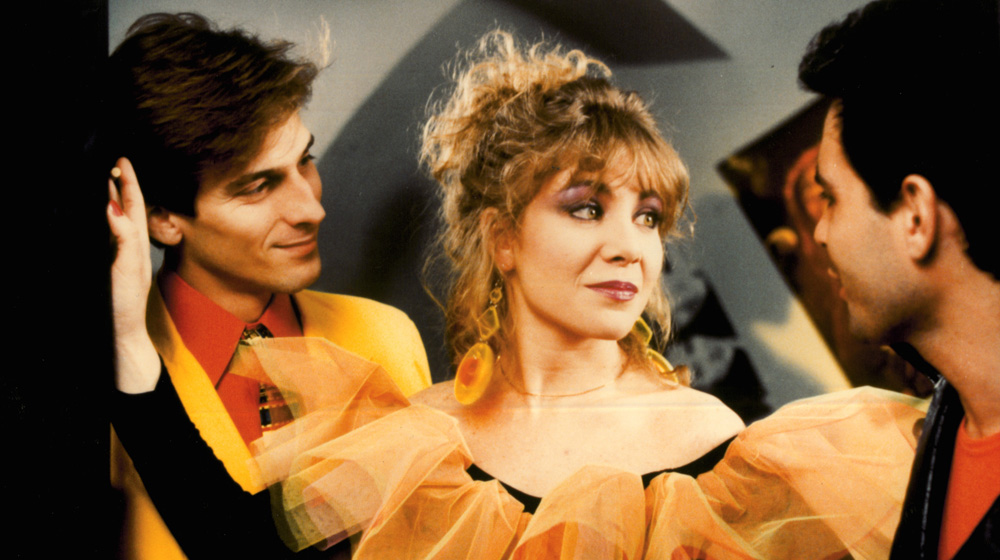 Labyrinth of Passion was a step-up from his mediocre debut, but it still did little to show us what Almodóvar was capable of achieving. Similar to his directorial debut, Labyrinth of Passion was simply too lighthearted for its own good. It showed signs of the maturity that would surface later, but it never fully committed to taking on these types of subjects.

AIDS, sex addiction, and sexuality in general are all important motifs in a number of Almodóvar films, including this one. While his stronger movies use these topics to make social statements, his second movie seems more concerned with telling a kooky story.

Kooky stories aren’t anything to complain about necessarily. However, at this point in his career it seems obvious that Almodóvar hadn’t yet mastered parallel structure. The movie bounces around so quickly between subplots that it’s hard to keep up with the director’s vision. He probably wanted viewers to leave the movie with some kind of profound revelation about sexuality, but the plot is so hastily slapped together that it’s almost impossible for the viewer to make any sort of conclusion.

It’s clear that the viewer is supposed to sit back and enjoy the ride. Occasionally, that’s not hard to accomplish. Viewers who are quick to overthink things will likely grow tired of the wonky narrative and lack of purpose. It’s not that a sex-comedy should be the subject of somebody’s thesis statement, but if it’s going for pure fun it should probably tell a more focused story.

Labyrinth of Passion is saved by great supporting characters, but it’s a shame there are too many of them jammed into one package. 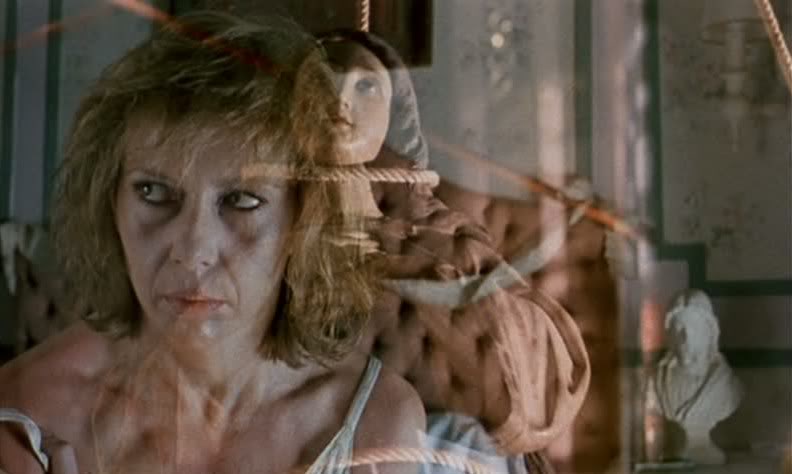 Dark Habits sounds a lot more fun that it actually is. It’s hard not to feel a little giddy when given the chance to watch a movie about drug-taking nuns. Surprisingly, the ridiculous premise results in a fairly low-key two hour experience. That is sadly the biggest issue.

Dark Habits dangles a creative, funny concept in front of its viewers and then chooses to limp its way through the overly long runtime. The controversial premise is brimming with potential, so why does it feel so dull compared to some of the simpler Almodóvar movies?

It appears to be a clever satire early on, but these satirical moments never reach the heights they should. The movie isn’t completely lacking in intelligence. It’s just not as smart or creative as it initially leads the viewer to believe. The same could be said about quite a few aspects. It’s pretty funny, but it’s not as funny as it needs to be to live up to its potential.

In the end, Dark Habits is a solid movie that deserves to be a great movie. There’s nothing about it that’s outright bad, but there’s nothing outstanding either. 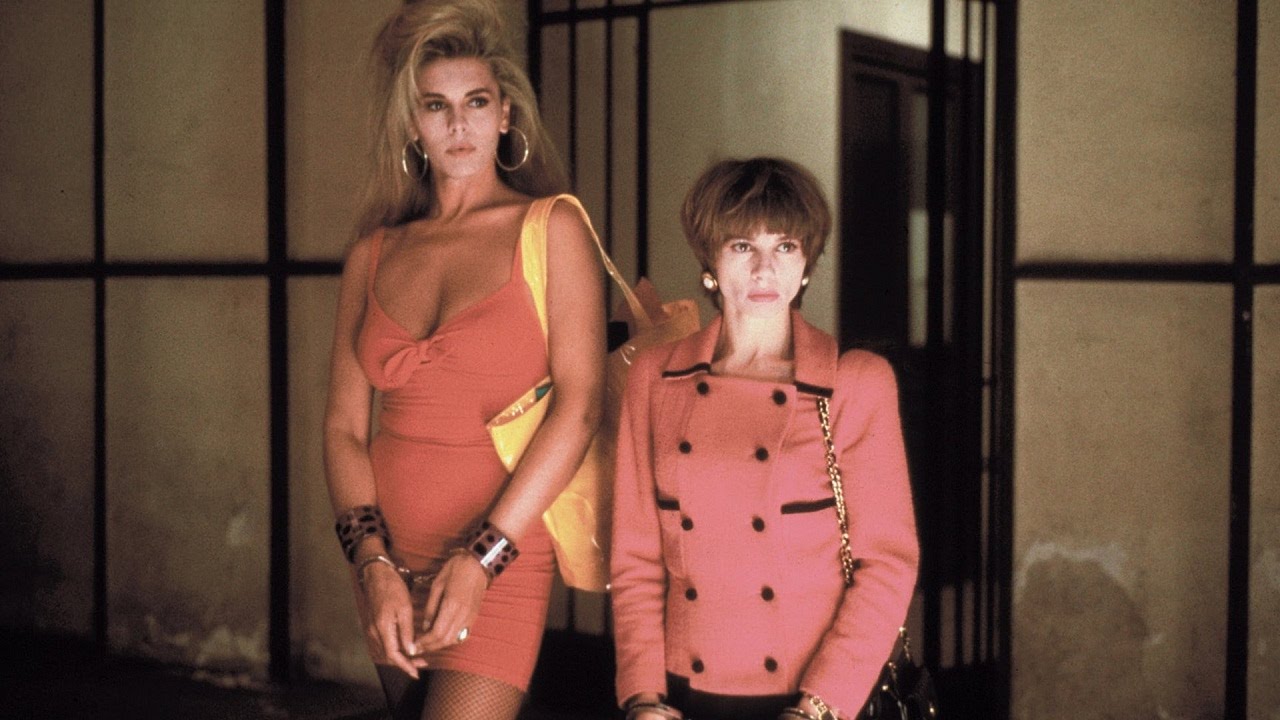 Almodóvar loves to experiment with narrative structure. In a majority of his films, the focus bounces between multiple characters and occasionally multiple time periods. In that regard, High Heels is surprisingly tame. The narrative is more one-note this time around. There’s one clear protagonist, one clear timeline, and one clear conflict.

Basically, the film is easy to sit through and digest. The mainstream approach to storytelling makes the film a great match for more casual moviegoing audiences. The only type of experimentation is the usual brand of Almodóvar-inspired genre combining.

The approachability is fine. It means that people who don’t love this director’s messier narratives will have something to appreciate. On the other hand, it means that the final product feels a bit uninspired. At times, it even feels lifeless. It checks off everything it needs to do, but it rarely goes above and beyond to deliver an innovative experience.

The story is well told, the editing is solid, and Victoria Abril is wonderful (as usual). That only amounts to so much in the end. High Heels is a perfectly good movie, but that’s hardly a compliment considering Almodóvar’s career.