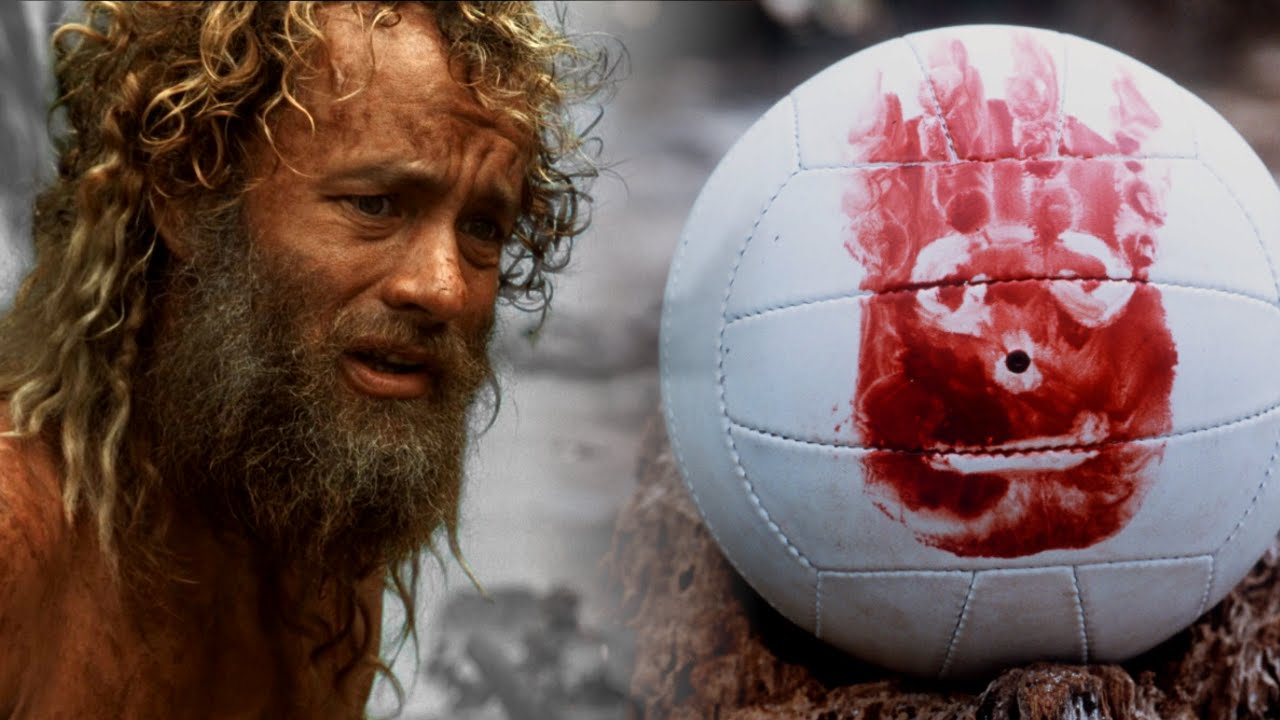 Best known for being a visual effects pioneer, Robert Zemeckis has directed some of the most popular films of all time, including the Back to the Future trilogy. But his films aren’t just special effects-driven spectacles: by seamlessly integrating state-of-the-art effects into his narratives, Zemeckis has used his technical abilities to create heightened realities where cartoons and humans live side-by-side and a fictional character can appear in footage alongside historical figures like they were part of that moment in time.

While he excels at the comedy-adventure genre, Zemeckis has also proven himself able to produce dramatic films and also helped popularize the use of motion-capture technology in animated films. A contemporary of Steven Spielberg, Zemeckis created similar crowd-pleasing blockbuster adventure films while also creating popular dramas, and always found a way to mix the commonplace with the fantastic.

In the 18 films Zemeckis has helmed up to this point, he has tried his hand–often to great success–with a number of subjects and styles. But as iconic has some of his films have become, Zemeckis has also made some missteps in his career–either by going outside of his comfort zone or being overzealous in using new technologies. But on the whole these are uncharacteristic, and Zemeckis has more great films than not.

Let’s take a look at the director’s filmography and look at his films from best to worst and what makes him one of the USA’s best directors. 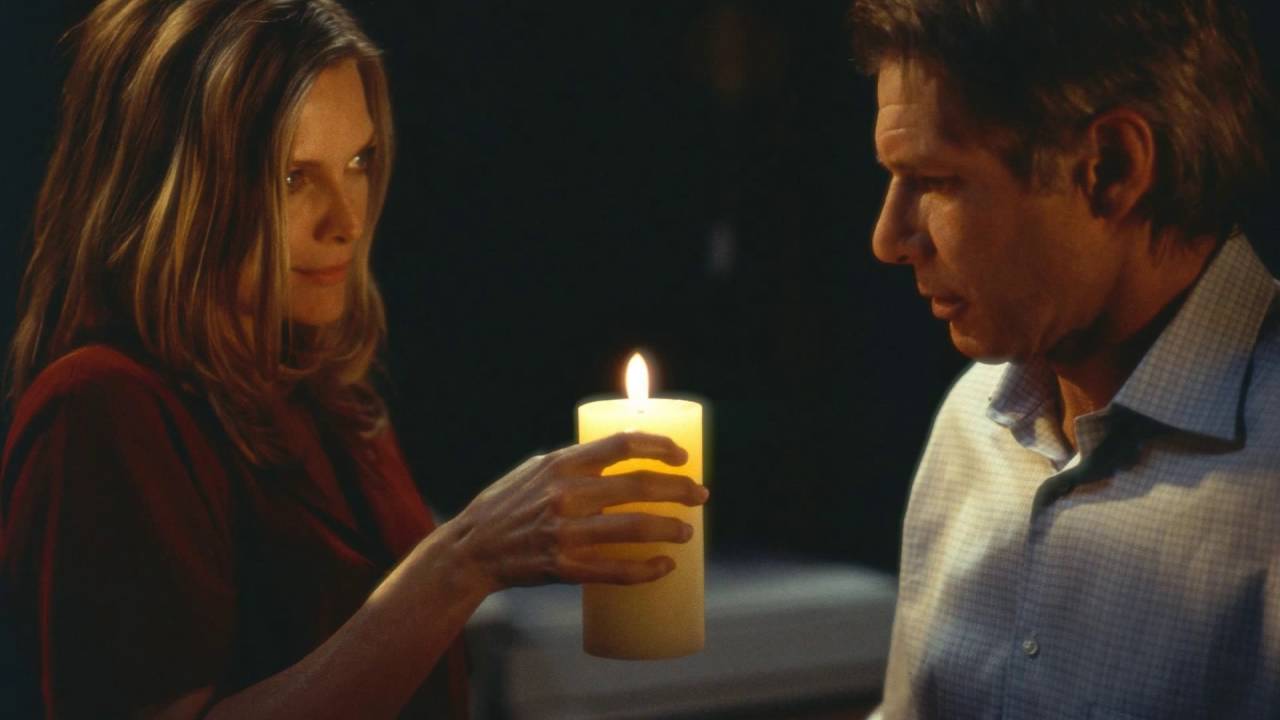 After sending her daughter to college, housewife Claire (Michelle Pfeiffer) begins obsessing over her new neighbors and becomes convinced that her neighbor killed his wife while also beginning to experience strange phenomena around her house. Thinking that her presumed murdered neighbor is haunting her, she’s shocked to find out she’s still alive.

Claire then enters therapy, where it’s revealed that she had been involved in a car accident the year before that may be affecting her memory and senses. But after recovering a memory that points to her college professor husband engaging in infidelity with a student who’s since gone missing, Claire now begins to believe it’s the student’s spirit taking revenge.

The first film Zemeckis made for his own studio, ImageMovers, gave him freedom to make whatever kind of film he wanted to–and it seems he chose it because he wanted to do a thriller and because it fit into his schedule while Cast Away was shut down for Tom Hanks to cultivate the emaciated look and grow the long beard he has in the movie.

It’s not a bad film, but it’s underwhelming and comes across as a second-priority film Zemeckis was making. As with almost all of his films, it was a commercial success, but it received mixed reviews, with many critics picking up on the lackadaisical nature of What Lies Beneath, and it remains Zemeckis’s worst film to date. 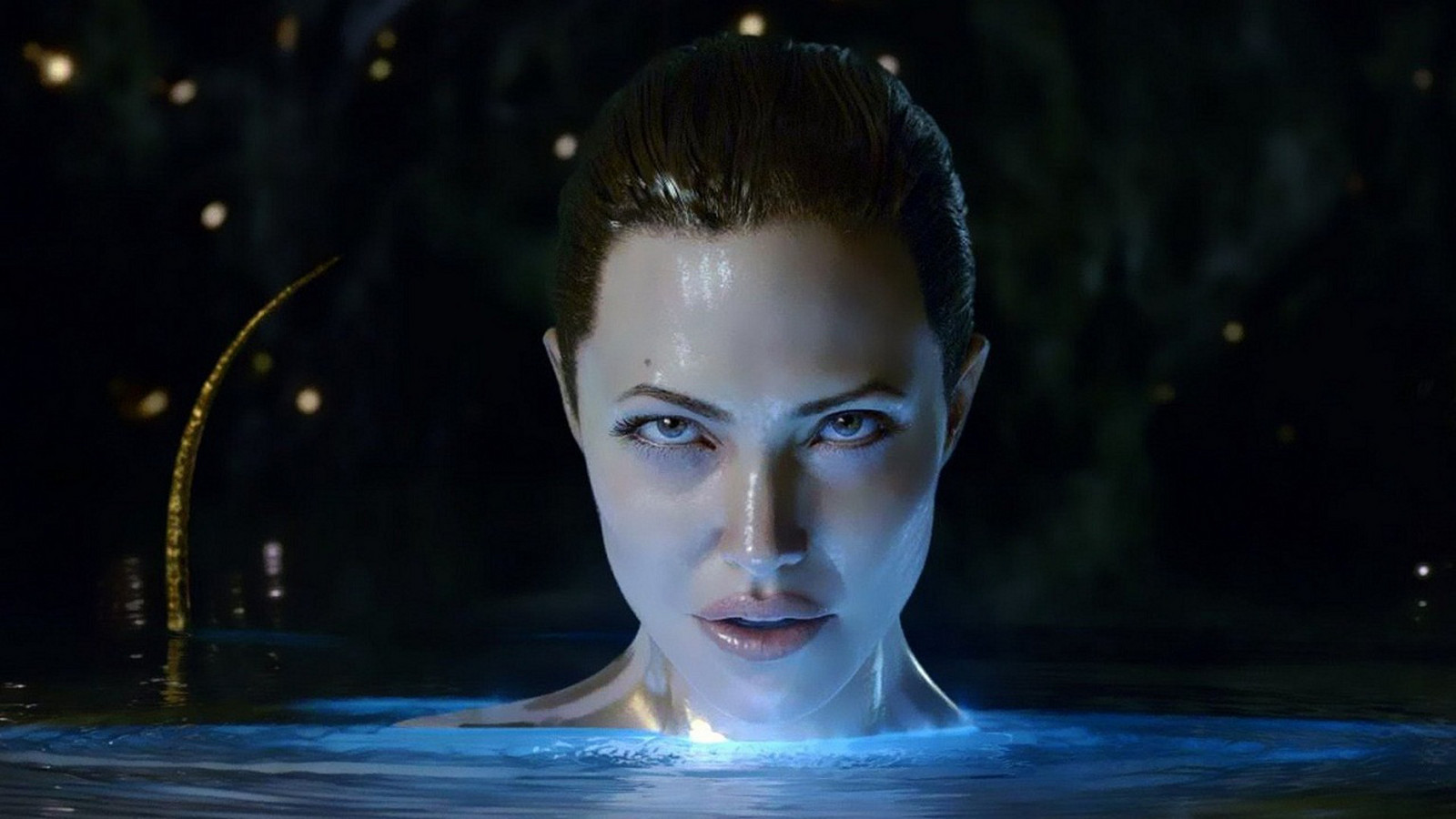 Beowulf is literally the oldest story in the English language, having been composed sometime between 975 and 1025 AD in the form of an epic poem. Having been adapted numerous times across many mediums throughout the centuries since its composition, Zemeckis was convinced that with the advances of CGI in the early 21st century he could create a visually faithful adaptation of this story about the battle between demons and monsters set over a thousand years ago.

The results are…confusing. Zemeckis was more interested in the potential of motion-capture and digital visual effects than detailing the story, stripping away much of the original story and screenplay (which was written by Roger Avary and Neil Gaiman) in favor of creating giant action pieces instead.

In fact, the story was so radically altered that many academics claimed the meaning of the original poem was completely changed in the film; but some critics countered that Zemeckis created a satire of the poem rather than a straight adaptation.

The film, while stylish, is also visually dark and muddled–and while this may adhere to the torch-lit 6th century the film is set in, it also strains the eyes and eventually this palette becomes tiresome to look at. The film was a modest success upon release and garnered positive reviews but has since fallen in esteem. With CGI effects improving in the decade since its release, it now looks dated, while the dark, unpleasant story told in the film doesn’t encourage more than one viewing. 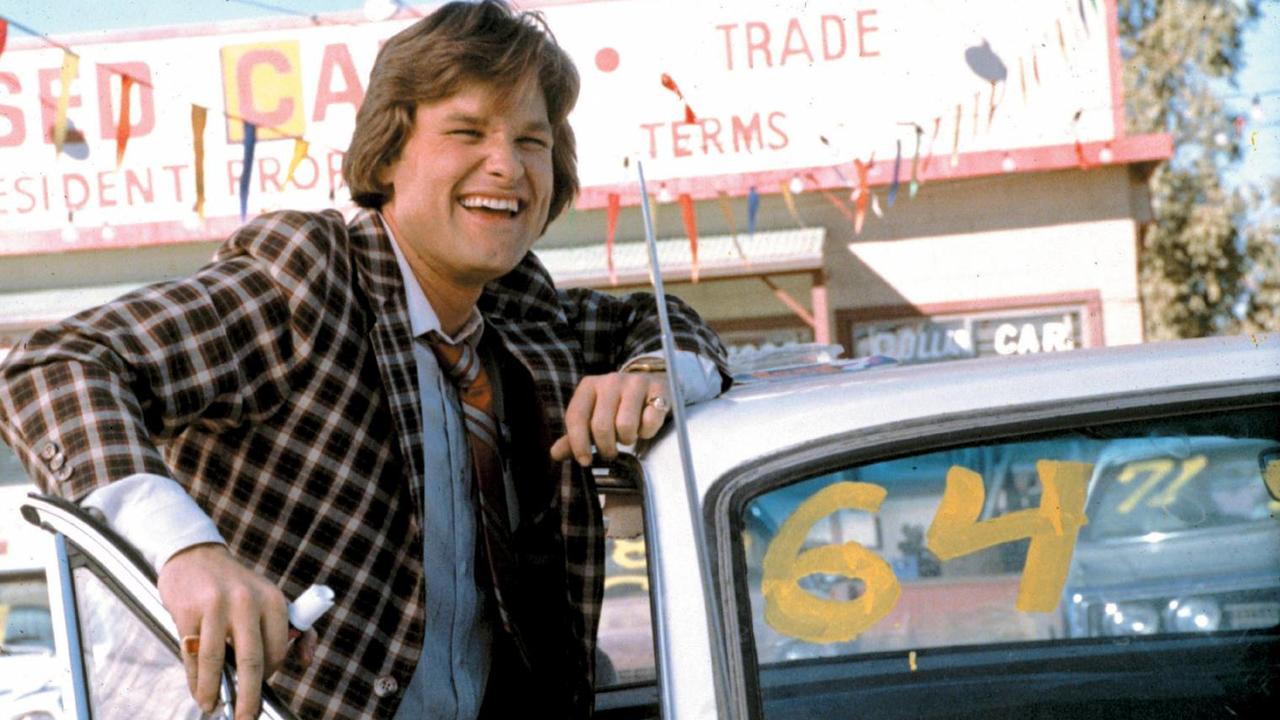 Before he was a special effects wizard, Zemeckis relied on story and characters rather than flashy visuals. His second film, Used Cars, was a comedy about rival car dealerships placed across the street from each other who engage in acts of revenge one-upmanship once the patriarch of one of the dealerships dies in a staged accident by an ambitious dealer; meanwhile, the deceased man’s brother struggles to keep his own dealership open.

A black comedy and satire of American business, Used Cars was well-received upon its release but has since aged poorly. Perhaps shifting concerns or tastes have to do with this, but now 37 years after its release, the film is firmly stuck in 1980 stylistically and content-wise. Perhaps due to its “zany” comedy status, Used Cars–like many comedies–simply doesn’t translate outside of its time period. 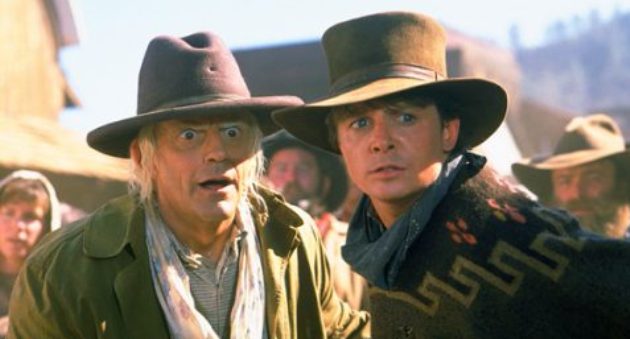 Back to the Future is one of the most beloved film franchises in history: entire generations across the globe love these films, and for good reason: flying cars, Marty McFly, the flux capacitor, Doc Brown, time travel–these movies have great concepts married to distinct, likeable characters.

Yes, the film that sent audiences back to the 50s, into the future, and into an alternate timeline in the present concludes its grand adventure in the Old West, Hill Valley circa 1885. And there was great potential for this film: Doc Brown inventing futuristic steampunk devices,

Marty flying around on the hoverboard in the 19th century, and a story about having to save his great-great grandfather from some trouble. Instead, audiences were treated to a story about Doc Brown falling in love and Marty getting into a showdown with Biff Tannen’s great grandfather….for some reason. Because he calls Marty yellow, I suppose.

To call this film a disappointing end to the BttF trilogy is an insult to the word “disappointing:” it nearly derails the trilogy. After the dynamic, multiple timeline-hopping adventures of Back to the Future Part II, setting nearly the entire third film in a historical period where there was almost no technology took all the air out of the enterprise.

Who wants to watch Marty ride a horse? Or Doc fall in love with a schoolmarm? Or have any of their adventures set in the Old West? Perhaps it was a matter of convenience for Zemeckis, who shot the last two films of the trilogy at the same time, but it ended up being possibly the worst conclusion to a great series of films until The Godfather Part III came out a few years later. 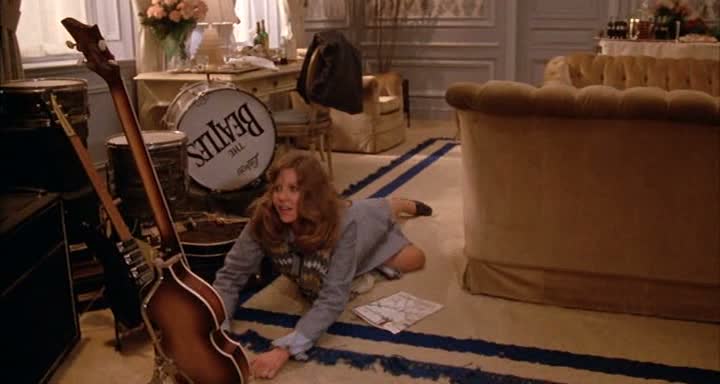 Beatlemania was one of the more exciting pop culture moments of the 20th century: when this now-classic band’s music broke wide, it was quickly followed by a period of mass hysteria exhibited by their young female fans who would congregate in large crowds wherever they appeared, creating traffic jams and stampede conditions. Their concerts became a din of non-stop shrieking, with fans fainting at the sight of the Fab Four.

And when The Beatles first came to America in 1964, Beatlemania exploded across the country, with their first appearance on the Ed Sullivan Show becoming one of the highest-rated moments in television history, with 40% of the country tuning in to watch this phenomenon perform.

Zemeckis–who was 12 when Beatlemania first broke in the US–made this moment in time the subject of his first feature film, and I Wanna Hold Your Hand is an affectionate comedy detailing the determined mission of a group of teenagers to see The Beatles’ performance on Sullivan’s show in-studio that night.

It’s a dizzy, fun film that captures the look and culture of 1964 America but was not a commercial success. It’s now a curious film considering Zemeckis’s reputation now as a special effects master: I Wanna Hold Your Hand is a straightforward comedy film that–while it gets wacky–never goes over-the top, instead preferring to follow the characters as they navigate up-close a gigantic moment in pop culture history and the hysteria that surrounded it. It’s a pretty good film–but not a true “Zemeckis” film for which he would eventually be known. 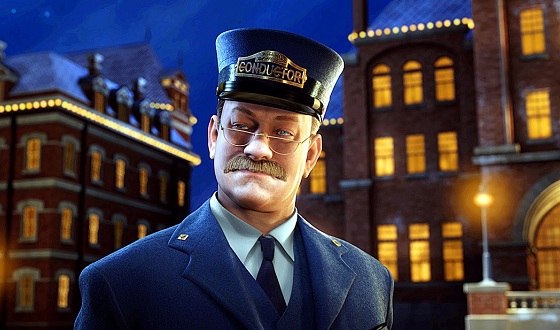 Zemeckis has always been a vanguard of visual effects in film, and when motion-capture technology came into existence, he thought he had found the next revolutionary tech that would lead film production into the 21st century.

All-CGI films began with Pixar’s full-length feature Toy Story in 1995, leading to a renaissance in digital filmmaking, so when motion-capture technology promised to bring realism and fluidity to CGI characters, Zemeckis integrated its use in the first animated feature to use all-motion capture technology in The Polar Express.

An adaptation of the classic children’s book, The Polar Express details the story of a group of children who are picked up by a magical train called The Polar Express, which brings them to the North Pole to Santa’s workshop.

While a beautiful children’s book, it’s also only 32 pages long, which isn’t enough to make a full-length film out of; so much of the film is filled out by extraneous padding and extended action sequences. And while a visually interesting film, CGI–particularly motion-capture technology–wasn’t quite perfected, particularly where human characters are concerned.

Instead, facial expressions and body movements tend to fall into the uncanny valley, where the movements are both realistic yet somehow unnervingly unreal. A modest hit, The Polar Express has since cultivated a cult following, but this is a case of Zemeckis being overzealous in his interest to capitalize on a new technology before all of its kinks were smoothed out.