Ruben Östlund’s latest film is tricky. While certainly one of the better movies in the Competition, it still feels flawed and, as a matter of fact, it isn’t as good as the director’s previous drama – Force Majeure, a movie that made noise in Un Certain Regard in 2014. Placing it amongst best Palme winners isn’t exactly easy: it’s the only film on the list that’s actually funny, it has as many amazing moments, scenes and ideas as any film here, but is The Square more than its individual parts?

Whichever way you see it, Östlund was brave on this one, you have to give him that. Exploring the arrogance and hypocrisy of the modern (art) world with such little pretentiousness is not easy to do, and the man makes a ton of extremely difficult subjects seem approachable and even fun.

Should it have won: 2017 seems like one of the Competition years where several movies could have won, none of them perfect, but all could make a case. Would BPM, You Were Never Really Here, The Killing of a Sacred Deer or Good Time have been better choices? Too close to call.

Roman Polanski’s classic went on to win Oscars and is genuinely considered a modern classic. While not the most original World War II story ever put to screen, it felt real, heartfelt and at times profound. The fact it features one of the all time great performances by Adrien Brody also certainly helps.

Years later The Pianist is still as engaging as ever, with the only real flaw being that is doesn’t offer anything new to an already over-stuffed genre of World War II films. And that certainly is only a minor drawback for a movie in general, but might just be a bigger red flag for a festival winner.

Should it have won: Depends on your jury. The Man Without a Past would have been a great choice, especially given that it won both Grand Jury prize and the Best Actress award. Or Irreversible, a disturbing movie that, unlike Polanski, could have used the win for easier distribution. But The Pianist was a not at all a bad choice.

7. Uncle Boonmee Who Can Recall His Past Lives

It’s pretty weird Uncle Boonmee became the movie that won Weerasethakul his Palme. The man is generally known for crazy ideas, and sure enough, this one goes from weird to weirder to absolutely bonkers, but this time even the starting point is already full of indecipherable symbols. It’s the least accessible the man has ever been, so it would have been hard to predict Uncle Boonmee winning the Palme.

Sadly enough, it’s also not his best work. The visual style is as arresting as ever, and there are still more ideas in one scene than most directors have over their entire careers, but as a whole, Uncle Boonmee is less cohesive than the affectionately named Joe’s other work.

The Thailand director’s work is always a tough nut to crack, but this time, one walks away not really tempted to work towards really unlocking the meanings behind it all. It’s by no means a bad movie, it’s just not Syndromes and a Century, Cemetery of Splendor or Tropical Malady good.

Should it have won: As is the case with a few movies here, this one didn’t have a real opponent to battle with, as illustrated by the fact the Grand Jury prize went to a fine, but unmemorable Of Gods and Men and the Jury prize was nabbed by A Screaming Man, a movie no one has seen since.

A young couple of wannabe gangsters live on the fringes of society. Strapped for cash they decide to sell their one real asset – their newborn son. Soon after, guilt starts taking both of them over.

The brothers Dardenne have never made a bad movie (although their latest, The Unknown Girl, certainly is close), and their social realism style has had a lasting influence on several generations of filmmakers. It’s hard to say if The Child is their masterpiece, but that’s certainly possible, with it being possibly the most emotionally draining work of their career.

Should it have won: Sadly, probably not. Michael Haneke’s Hidden got Best Director, but the two should have probably been reversed, as Hidden is one of the most astounding features of the century. 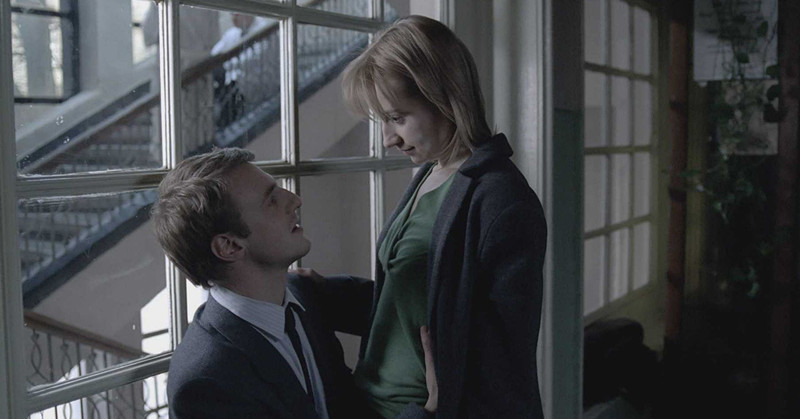 Few movies, even among the Palme d’Or winners, have had the same influence. While not the first Romanian New Wave film, 4 Months was the one that inspired real change in the industry.

Christian Mungiu’s story of two young women arranging an illegal abortion in 1980s Romania is a devestating, yet a starkly beautiful film. Mungiu finds a unique, profound style in the dilapidated city environment and while the actual events are hard to watch, the way the story itself is captured is a marvel, and one that spawned thousands of copycats.

Should it have won: No question about it. No Country for Old Men, The Diving Bell and the Butterfly or Silent Light are all great films, but none of them are as important to our times as 4 Months.

4. Blue is the Warmest Colour

The three-hour long story of Adèle and her sexual awakening is probably the only unanimous Palme winner this century that actually deserved it. It’s also nice to know that the award was dedicated not only to Abdellatic Kechiche, but to Léa Seydoux and Adèle Exarchopoulos, the two actresses that made Blue feel so real.

There’s no startling innovation at the heart of Kechiche’s movie, nothing really unique. But that is quite irrelevant having in mind how breathtakingly honest the film feels. It has been said many times that watching movies allows one to live the lives of other people, and that has never seemed more true.

We experience life the way Adèle does, and by the end of the day, we connect with her, even if we disagree with her choices. It’s not a lesbian movie or a sex movie, it’s life movie, and one that manages this great ambition.

Should it have won: No one else to give it to. The Great Beauty was just about the only other option, and Blue is the Warmest Colour is overall the better picture.

An elderly couple of retired music teachers live in their Britain home. Their quiet and beautiful life is put to a test when Emmanuelle Riva’s Anne suffers a stroke. Nothing is quite the same after that and the woman starts losing more and more of what makes her human everyday.

Leave it to Michael Haneke to make a movie called Love and turn it into the most depressing thing ever. It has all the marks of a cinematic genius, and captures a slowly disintegrating life with both empathy and honestly. Amour shakes you to the very core and is certainly not the sort of thing you’d want to re-watch.

Should it have won: Debatable. Haneke should have won for Hidden and The White Ribbon to make two. Amour is certainly worthy of a Palme, but having in mind Holy Motors, Post Tenebras Lux and The Hunt were in Competition that same year, it might have gone to another great director who hadn’t won before. But the Austrian has made at least six or so movies worthy of a Palme, and Amour is certainly as good as the three named above, probably even better.

There isn’t a whole lot one can say about Gus Van Sant’s Elephant. Several high school students go through their routine lives while two of them are plotting a school shooting.

Elephant doesn’t explain the violence or rationalize it in any way. And while that made some people shrug and ask what was the point of an 80-minute movie that ends in an unprovoked massacre, that is the whole point of Elephant. Murder isn’t rational, nor is it logically reasoned. We, the viewers, have long since been desensitized to violence, we simply don’t grasp what it really is or what it means. Van Sant makes it his task to wake us up.

Should it have won: Palme d’Or AND Best Director might have been a tad much, given that Dogville was in the Competition too, but if Von Trier could have gotten the Director one, then the jury would have done a perfect job.

It really couldn’t have been anything else. The White Ribbon is probably the greatest movie of almost undoubtedly the greatest director of the 21st century, so there are only a handful of films made in the last 16 years that could potentially win first place against it (Mulholland Dr. to name one, but as discussed earlier, Lynch’s finest hour didn’t nab him a Palme).

Strange and increasingly violent things start happening in a small German village at the start of the 20th century. No one is exactly sure what they mean of who’s to blame, but soon things start getting even more confusing.

Haneke’s historical drama is a philosophical, not merely a historiographical, question. The generations portrayed in the film are the very same ones that lived through World War I some years later. What caused this inhuman violence to reach a worldwide scale? Where are the roots of the hatred society was full off?

Should it have won: Duh. In all fairness, though, it was a very strong year for Cannes and Enter the Void or, more importantly, A Prophet, could have won too. But while the two are amazing, The White Ribbon is on a whole new level.