For horror, superhero, and comedy fans, Sam Raimi is one of the most widely enjoyed filmmakers of the past 30 years. He’s created two popular original characters and franchises (Darkman and Evil Dead) and helmed the first Spider-Man trilogy in the 2000s. Besides this, Raimi has directed 15 full-length features, many of them great successes in their own right.

Sam Raimi has taken some risks in his career, working outside of his comfort zone on some projects to both wildly successful and somewhat terrible results. But he’s a filmmaker who obviously enjoys coming up with new ideas and trying them out, and whether the result finds purchase with the audience or ends up a failure, Raimi has always tried something new while capitalizing on his successes along the way. Here are Sam Raimi’s 15 feature-length films, ranked from best to worst. 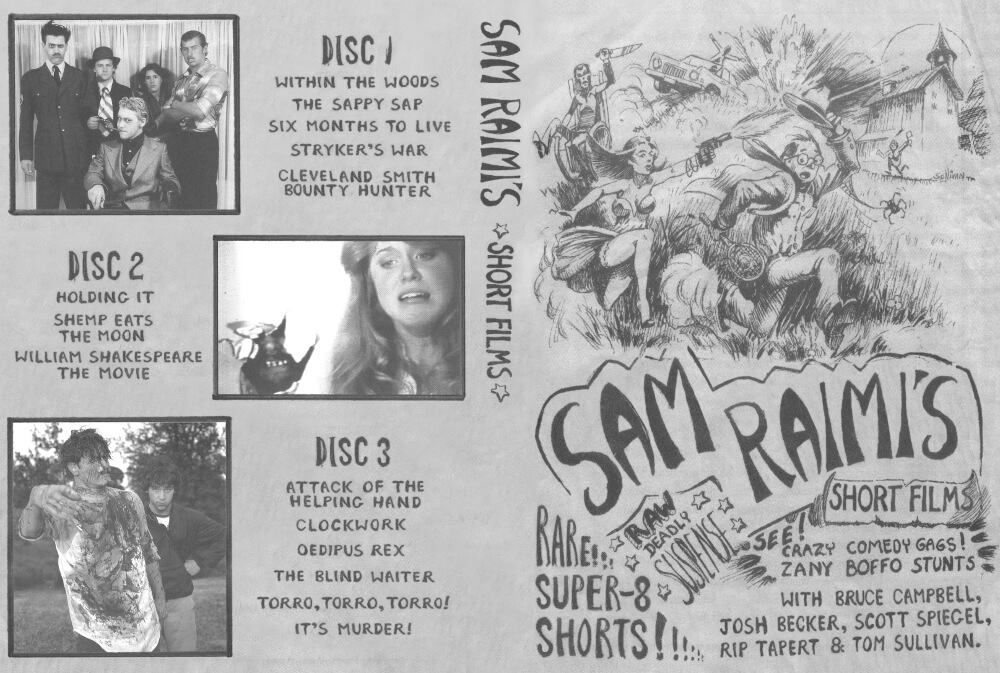 Appropriately enough, Sam Raimi’s first full-length film is also his worst; but that’s to be expected since he was only a college sophomore when he made it. Although it does have a certain homemade charm–and there are some pretty funny bits in it–it’s of appallingly low quality and the story itself makes little sense when put together. The story: a wealthy uncle is murdered and a goofy inspector shows up at the family home to figure out who might have done it; cue gags and zany comedy.

Shot on 8mm and featuring a very early appearance by frequent Raimi collaborator Bruce Campbell, Raimi’s first feature-length seems more like an excuse for him to experiment with various styles and figure out how to put together a long-form narrative on film. It’s an interesting view for die-hard Raimi fans, but due to its no-budget quality and high school-level drama club acting, it’s still a struggle to get through the whole thing in one sitting.

A low budget and inexperience can’t excuse the shoddiness of Spider-Man 3: budgeted at $250 million and following two highly successful entries in the franchise both critically and commercially, Spider-Man 3 was Raimi’s third outing helming the web-slinger’s continuing adventures. But where the first two movies stylishly captured Peter Parker and overall feel of the comic books, the third film suffers from overkill and a poor handling of the main characters.

Where to start? Too many bad guys (Sandman, Venom, and New Green Goblin all show up) with not enough for them to do–Venom in particular is completely wasted here; Peter Parker Vs. Everyone (Harry Osborn, Mary Jane, Eddie Brock, Jr., and even himself); “emo” Peter Parker, complete with an out-of-nowhere dance number; and enough convenient plot holes that the film’s logic turns into swiss cheese (why didn’t Harry’s butler tell him the truth about his father’s death years ago? Why doesn’t Mary Jane let Peter know that Harry has his memory back and is going to come after him?).

While a poorly written script is largely not Raimi’s fault, and he turns in the same slick superhero film as he had done twice before, Spider-Man 3 is still an overstuffed film that, while providing the audience with quantity, suffered for this in quality. Although it was the most financially successful film out of the trilogy, since its initial release its reputation has dropped considerably, and for good reason: it’s not a good movie and is the worst of the trilogy–and one of Raimi’s worst overall. 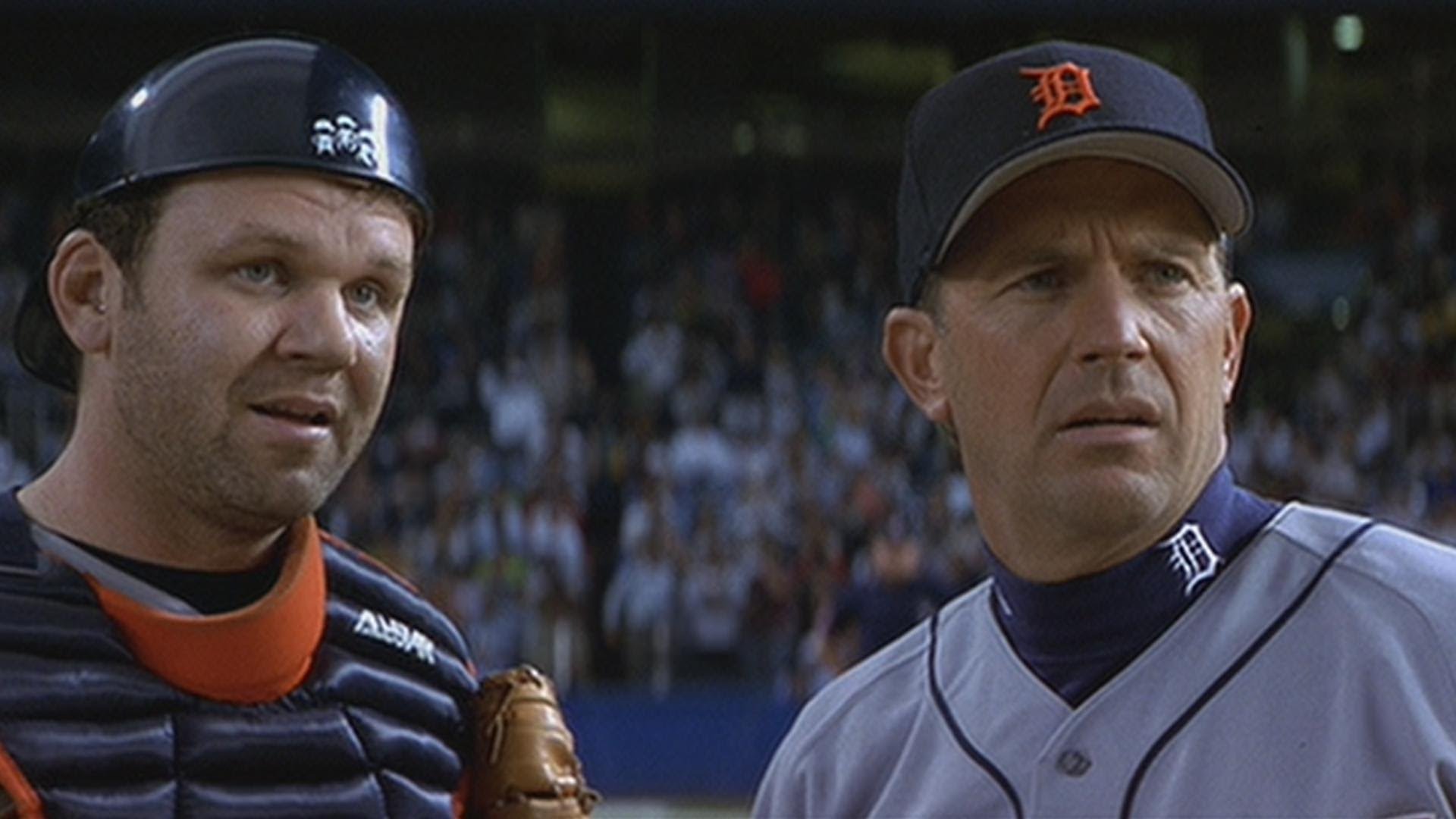 Out of nowhere, Sam Raimi decided to make a baseball movie. The reasons why may never be clear, but for Raimi–whose wheelhouse is firmly in the action-horror-comedy set–a sports drama is an unusual choice to say the least.

Following 24 hours in the life of near-retirement pitcher Billy Chapel (Kevin Costner) as he mourns both the end of his career and his girlfriend leaving him, For Love of the Game depicts Chapel pitching a no-hitter in his last game for the team he’d been with for 19 years. Interspersed among this action are flashbacks to his relationship with his girlfriend and present interactions with his teammates in the dugout.

Too sentimental by half to start, the film is also rather shallow and trite; Costner shows no depth as the ageing pitcher, and there’s no good reason the audience should care about any of this. A box-office bomb upon its release, For Love of the Game has not gotten better with age. Perhaps Raimi wanted to get out of his comfort zone; apparently after this he realized why that space was so comfortable to begin with.

Co-written by the Coen Brothers, directed by Raimi, and with frequent collaborator Bruce Campbell as part of the cast, it seems like Crimewave would be a sure-fire good movie. But something happened along the way–maybe it was overcooked or, by Raimi’s admission, it was a troubled shoot with heavy interference from the studio–but Crimewave, Raimi’s follow-up to the cult hit The Evil Dead, is a bit of a disaster.

While Victor Ajax awaits his execution in the electric chair, the film flashes back to when he was a technician for a security company. When his boss learns that a competitor is planning on taking over the company, he hires two hitmen to eliminate them. When numerous people begin to show up dead, Victor is blamed for the murders and sentenced to death–but his girlfriend may be able to prove his innocence before it’s too late.

Combining elements of horror, slapstick comedy, and drama, Crimewave was a huge disaster, making just over $5000 on a $2.5 million budget. Raimi and Campbell have since blamed much of the film’s failures on the studio’s interference, a difficult shooting experience, problems with the actors (which were cast by the studio), and Raimi not having final cut. Having gained some traction years after its release as a minor cult film and displaying hints of signature Raimi stylistics that would come to define his later films, Crimewave is still not very good. 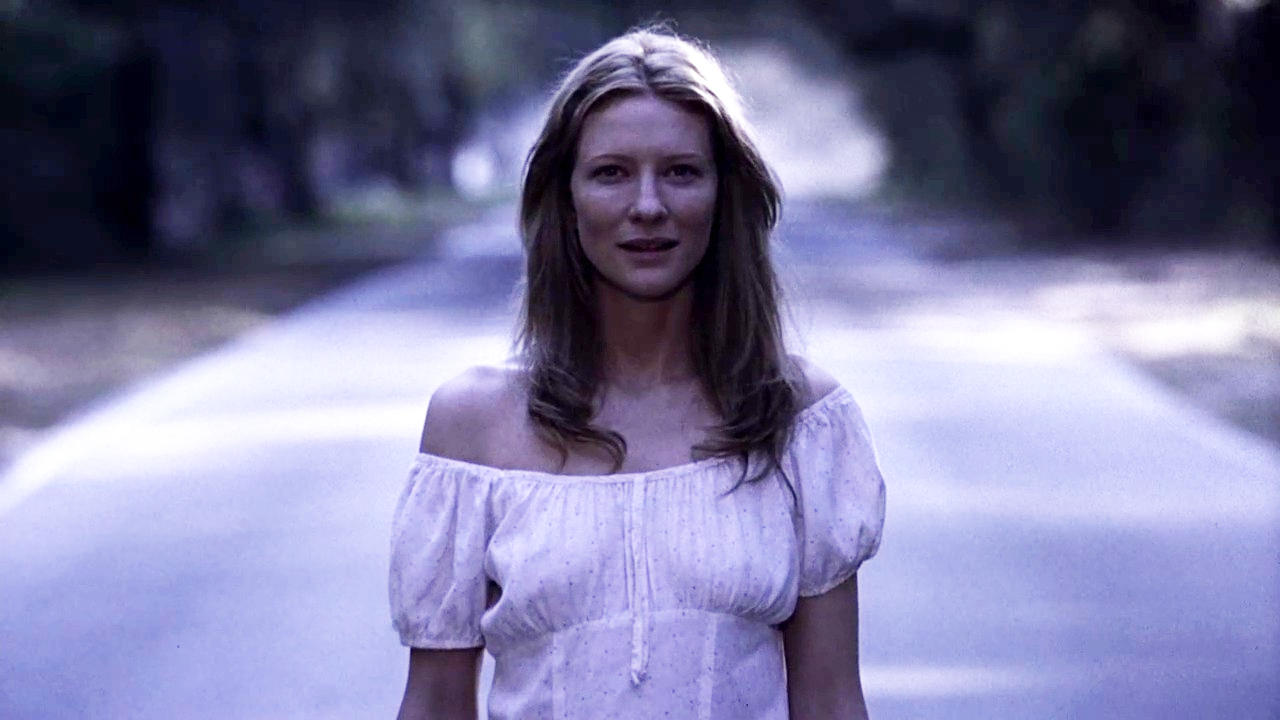 The supernatural thriller is a difficult genre to figure out: creating suspense from a plot element that borders on fantasy requires either a compelling protagonist or suitable stakes for the audience to suspend disbelief. Raimi still tried his hand at this tricky proposition to mixed results.

The Gift is about a recently widowed mother who lives in a Southern Gothic small town and subsidizes her government income by giving psychic readings. However, she’s no charlatan: she has hereditary psychic abilities, which makes her a hated figure in her insular town. Soon after a woman she advises to leave her abusive husband ends up dead, investigators seek out her help to find the killer. But as her gift begins to uncover deeply buried secrets of her town, she finds both her life and her family’s also in danger.

Ably made, it was co-written by Billy Bob Thorton and features a number of A-list stars–including Cate Blanchett in the protagonist’s role–The Gift suffers from its formulaic approach with few surprises, further hampered by a script light on substance. While Blanchett gives her characteristically solid performance and Raimi imbues the film with effective atmosphere, there’s not much else to sustain interest in this mediocre outing. 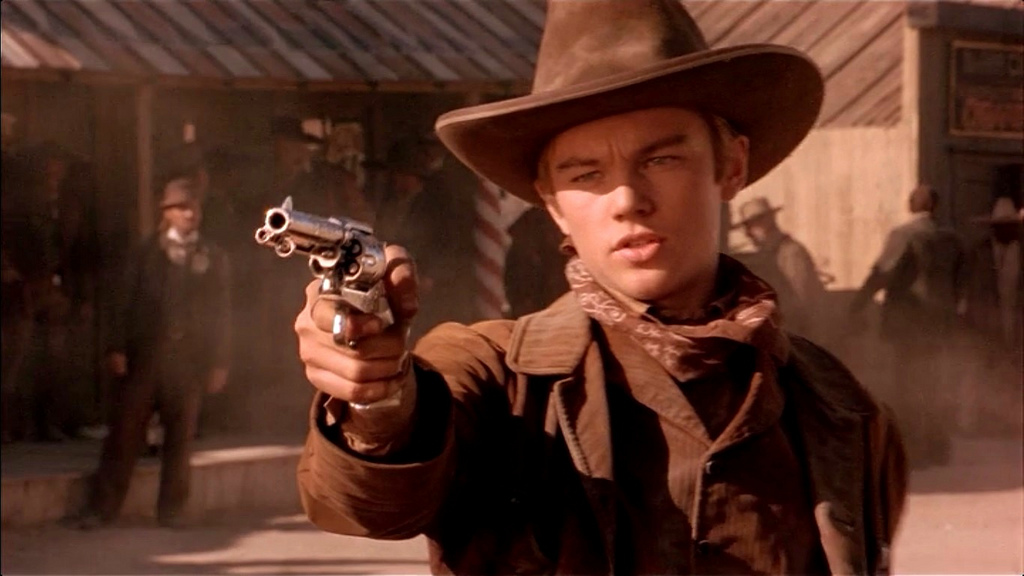 The Western genre began its comeback in the 1990s thanks to Clint Eastwood’s Best Picture-winning Unforgiven in 1992. From this, a slate of Westerns began to be produced to mixed success that continues to this day. Perhaps the most successful contemporary Westerns are ones that have a postmodern take on the genre and its historical location, subverting both aesthetic and narrative expectations that the audience would usually associate with the genre and historical period.

Having often collaborated with two masters of historical postmodern irony, the Coen Brothers, Raimi seemed a good choice to re-envision the Western with modern sensibilities. Detailing the arrival of The Lady (Sharon Stone), a female gunslinger to the town of Redemption, she ends up challenging the town’s de facto leader John Herod (Gene Hackman) all while a duel competition is held in town. Finding allies in his son Fee “The Kid” Herod (Leonardo DiCaprio) and tormented defrocked priest Cort (Russell Crowe, in his American film debut), she leads a rebellion against Herod–but not without a gunfight or two.

Slick and stylish while also paying homage to Sergio Leone’s Spaghetti Westerns, Raimi’s take on the Western is an interesting one, livening up the staid genre with his inventive camerawork and employing stylistic choices often not found in Westerns.

Unfortunately, Stone’s flat performance is a drag on the film’s energy while the muddled storyline barely carries the film through its third act. A unique experiment from an always-engaged director, The Quick and the Dead is unfortunately outdrawn before it finishes its story.

9. Oz the Great and Powerful

Frank L. Baum’s classic children’s books that detail the land of Oz have been popular for cinematic reimaginings since practically the birth of the medium, while its most successful adaptation, 1939’s The Wizard of Oz, is universally regarded as a classic. With name brand recognition like that, it’s no wonder Disney Pictures decided to make a high-budget prequel that functions as the origin story of The Wizard, Glinda the Good Witch, and the Wicked Witch of the West.

And Raimi was a good choice to helm this production: his predilections towards fantasy, dynamic visuals, and blending genres would bring Oz into the 21st century. The story: Oscar Diggs, AKA “Oz” (James Franco), is a con man and magician that’s whisked away to the land of Oz, where he’s presumed to be the much-prophesied wizard that would bring peace to the kingdom.

It’s odd to have a love triangle in ostensibly a children’s story about Oz, but then again this is a strange movie: Raimi seemingly went haywire in his conception of both the visual style and tone of the film, which falls somewhere between 1971’s Willy Wonka and the Chocolate Factory and the 1939 film with CGI. Franco delivers a relatively unhinged performance as Oz, which is in turns fascinating and effective, while Kunis is solid as the Wicked Witch of the West.

But it’s a strange film, nonetheless: epic in scope and focused on adults, one wonders just how the kids of today would react to the film, particularly since the property–while well-known and beloved–is not an especially modern story. Made on a gigantic budget and only making a small profit from it, Oz: The Great and Powerful is a satisfying film that nonetheless makes you wonder just what audience Raimi made it for.