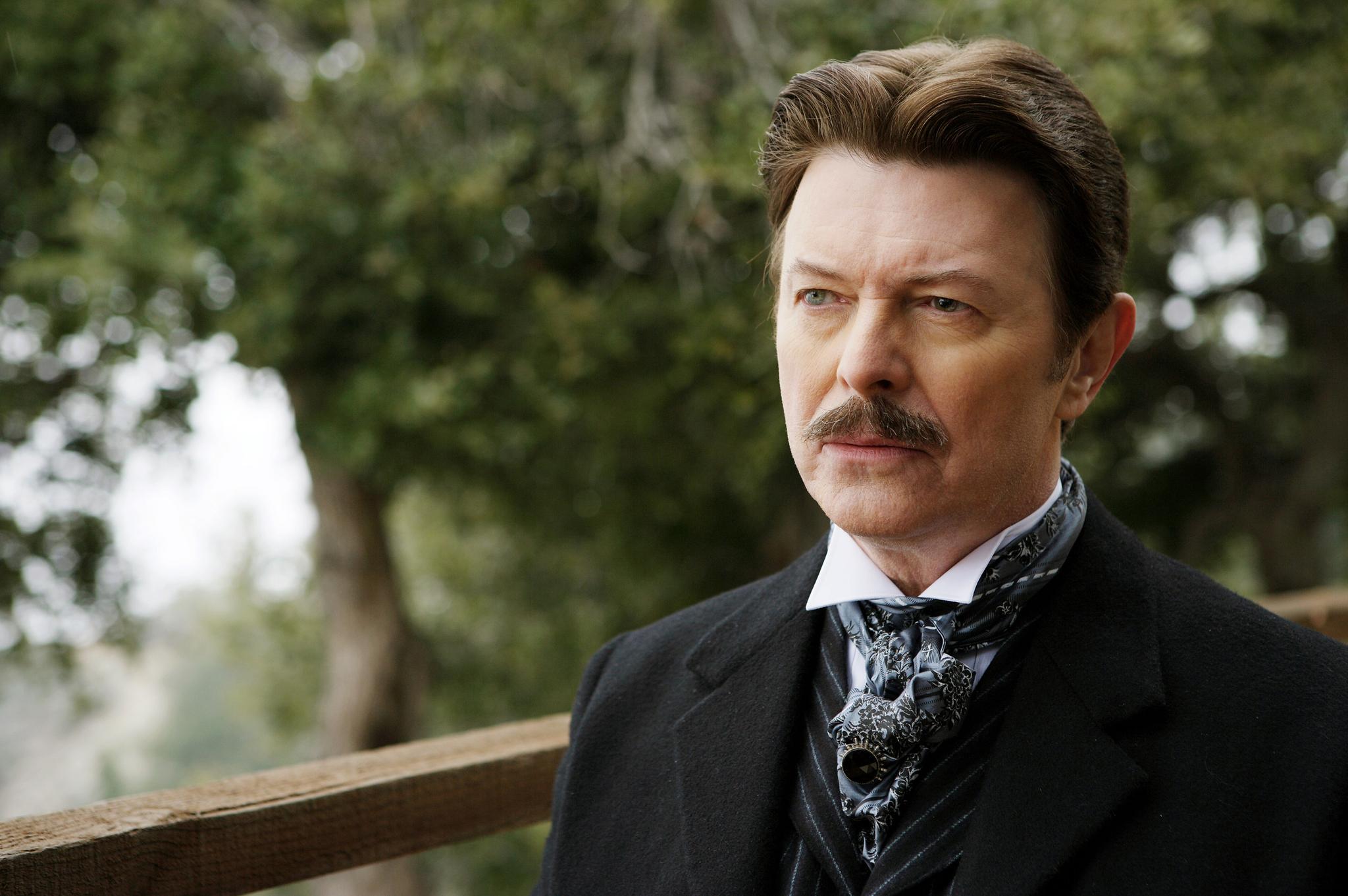 Ranking the movies of London-born director Christopher Nolan is a difficult task, especially regarding the fact that he’s never made a totally bad movie. Other directors would be glad to include even his less brilliant films in their oeuvres.

But what separates Nolan from other filmmakers of his kind? Over the years he’s developed a very distinct style, combining both mainstream and art-orientated features. He is a purist of film stock, the reduced use of CGI, and his movie’s protagonists often have to face deep disruptions in their inner selves, just to name a few characteristics.

With this aesthetic being the heart of his productions, he created ten feature films between 1998 and 2017.

Nolan’s debut feature is a grainy black-and-white movie, filmed on 16mm and produced with a budget of only $6,000. It offers interesting first indications for Nolan’s later cinematic trademark, including a nonlinear narrative and the sponsoring of the protagonist’s inner conflicts.

A young man follows strangers in the alleys of London. After acting careless, he meets the criminal Cobb, who guides him into his world of burglaries, and the man feels increasing pleasure in invading the home of strangers. In the movie’s progress the participants get involved in a nontransparent game of lies, ending in a plot-twisting climax.

Certainly, the movie has its weaknesses; in particular, the technical layer reveals some improvable features. But keeping in mind the dogmatic use of natural light and the drastically reduced takes (in order to save expensive film stock, Nolan rehearsed every scene numerous times), the technical disabilities are more than acceptable.

Regarding the reduced-on-a-minimum resources and Nolan’s brave will of unorthodox narrative structures, the movie is a stand-out debut and foreshadows the cinematic powerhouse the director was about to become. Nonetheless, this movie is the weakest in the director’s oeuvre, simply because of the cinematic power and complexity of his other productions. 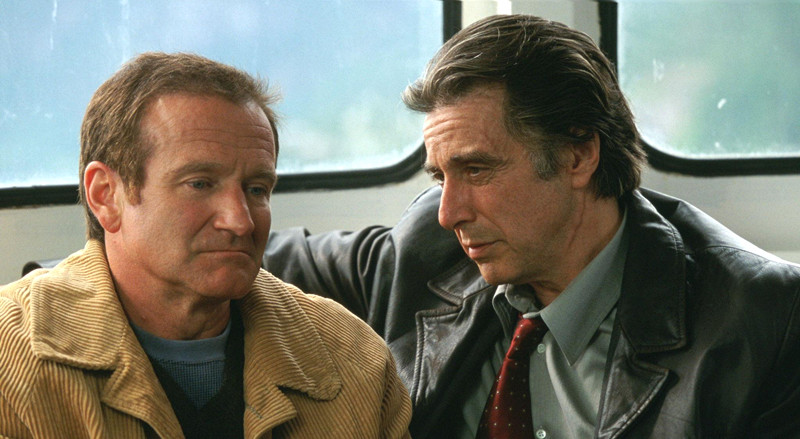 Nolan’s remake of the Norwegian 1997 original is the only movie in his oeuvre without his involvement in the writing process. The movie follows American detective Will Dormer (played by Al Pacino), who is under a microscope because of an internal affairs investigation in Alaska, where he has to solve the murder of a 17-year-old boy.

After a failed trap for the murderer, Dormer accidentally shoots his partner and covers his tracks. Subsequently he is plagued by insomnia and his sense of guilt, while ambitious local detective Ellie Burr is in charge of revealing the identity of the partner’s murderer. It develops a hide-and-seek between Dormer, Burr and the boy’s murderer.

With the movie offering a distinct aesthetic with some appreciated noir influences, the cinematography of Nolan’s longtime collaborator Wally Pfister is well-made and pulls the viewer into the diffuse landscapes of Alaska in times of total daylight. The film successfully manages to capture the surrealistic character of around-the-clock daylight, a condition most people aren’t familiar with.

“Insomnia” is one of the few movies without any actors who appear in Nolan’s other productions. Nonetheless, the cast does a good job. Robin Williams especially deserves a separate mention for his embodiment of the superficially friendly and scheming murderer.

But regarding the remake-character of the movie and some unnecessary Hollywood-like action sequences, “Insomnia” couldn’t come up with the originality and innovation of some of his other productions. While most of Nolan’s films leave the audience with a mind-expanding feeling, “Insomnia” is an entertaining movie, but without such a brain-penetrating impact on the viewer. 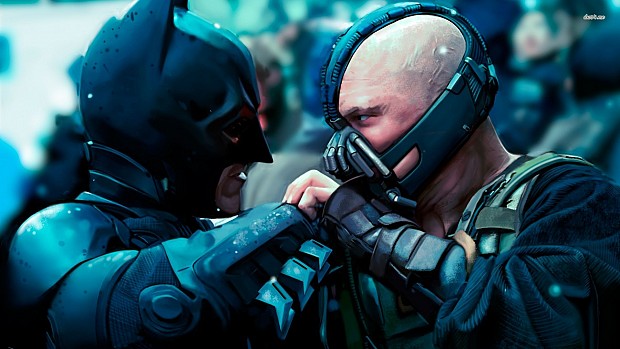 Often demonized as a bad movie, Nolan’s third and last installment of his ‘Dark Knight’ trilogy is everything, but a failed production. The reason why “The Dark Knight Rises” can’t tie in with his two precursors are the disproportional expectations from audiences and critics alike. After the matchless success of “The Dark Knight” and an once-in-a-lifetime performance by the late Heath Ledger, Nolan’s third Batman movie had the nearly unmanageable part of filling these shoes.

As measured by the quality of its triumphal precursor, “The Dark Knight Rises” can’t keep up with it in different terms, and the story reveals its weaknesses in a more obvious manner. Nolan’s Batman movies, and in a sense, the whole franchise, live on the strong characterization of both the hero and his antagonist, while the audience even builds a connection the villain.

One main problem with “The Dark Knight Rises” is that Miranda Tate reveals her evil face, Talia al Ghul, just shortly before the movie’s climax. Therefore the audience hasn’t enough time to acknowledge her diabolicalness, after assuming Bane as the protagonist’s major enemy for nearly two hours. In combination with the film’s fast-paced climax, the end seems a bit hasty, after explicating various storylines in a slightly overachieving manner.

Abstracted away from that, the movie has some well-made features to offer. On the narrative layer it provokes some traceable thoughts on current world affairs, while thematizing political issues and revolutionary tendencies in an unobtrusive style with some interesting parallels to today’s world. While the whole acting ensemble works great, Tom Hardy especially deserves a separate mention. Bearing in mind that half of his face, including his mouth, is covered with his character’s mask, his acting is mesmerizing and results in a memorable performance.

Wally Pfister’s cinematography is great as usual, while offering new sides of Gotham City instead of relying on the former movie’s insights (primarily New York City served as setting instead of Chicago like in the first two movies). Regarding all these benefits, “The Dark Knight Rises” is a well made and entertaining conclusion of arguably the best superhero trilogy of all time. 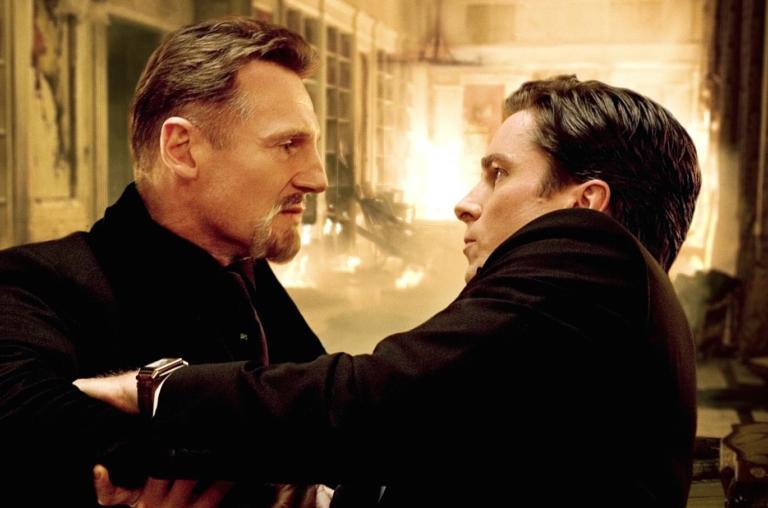 In a cinematic era full of superhero movies, “Batman Begins” set the cornerstone of a trilogy, expanding the depth of a genre that is often dominated in shallow substance, with an approach far beyond the aim of simple entertainment.

After the successful Batman movies of Tim Burton, Joel Schumacher wasn’t able to tie his adaptations in with the former installments. Only after the success of the X-Men and Spider-Man franchises in the early 2000s, Warner Bros. decided to give the go-ahead for a return of the Dark Knight.

Nolan and his team (production designer Nathan Crowley deserves a discrete credit) launched a totally new look of the Batman universe. Gotham City and different settings such as the Batcave, Wayne Manor or The Narrows got a completely new treatment, resulting in a highly original movie environment.

While some of the former Batman movies spray a nearly trashy vibe (especially from today’s point of view), Nolan’s movie is dominated by a modern noir-look and all-engaging darkness, without denying Bob Kane’s and Bill Finger’s source material (before filming, Nolan screened Ridley Scott’s 1982 cult classic “Blade Runner” to illustrate his cinematographic aim).

Nolan’s first installment of the ‘Dark Knight’ saga marks his first step into blockbuster territory with a budget of 150 million dollars. Instead of falling victim to superficial genre conventions, he establishes a mind-stimulating aesthetic, filled with philosophical meaning.

Entitling the film as genre-revolutionizing might be a bit too much. Nonetheless, “Batman Begins” enforces the substance and the reputation of action movies by paying with an extremely strong theme – fear. In order to become Batman, Bruce Wayne has to face and defeat his deepest anxiety. The whole film is build upon this concept, separating it from the murky lake full of action-dominated and flat-minded superhero movies.

Regarding its narrative depth, the visual layer and the excellent score, “Batman Begins” is the kick-off to one of the most compelling and most successful superhero trilogies of all time. Instead of presenting Batman as a simple fist-fighting action hero, Nolan focused on the protagonist’s inner nature and his motivations, resulting in a fascinating character arc.

“Interstellar” tells the story of a group of scientists who travel through time and space in order to guarantee the survival of humanity. The movie touches on themes which are bigger than mankind, giving the audience a feeling of watching a highly philosophical epic. But while some of Nolan’s movies definitely are philosophical stunning films, “Interstellar” tries too hard in that sense and reveals its mask of pseudo-philosophy and several plot holes from time to time.

Nonetheless, the movie is thought-stimulating and excellently queues in the intellectual cinema of Nolan, while spraying a highly metaphysical vibe with its illustration of time and the individual effect on human beings.

After seven collaborations with director of photography Wally Pfister, uprising Dutch cameraman Hoyte van Hoytema was responsible for the movie’s cinematography aside from the director himself (for Nolan’s new movie “Dunkirk“ he is also on the bill).

Strongly influenced by Stanley Kubrick’s 1968 science fiction masterpiece “2001: A Space Odyssey”, the movie offers mesmerizing cinematography and is a haunting feast for the eyes. The film manages it to present the voidness of mankind in the universe’s infinite realms by placing the comparatively tiny spaceship in the endless darkness of space, beneath giant planets or during the ride through a wormhole, which is the gate to another galaxy.

Besides its humanity-including superstructure, the narrative tells the personal story of the protagonist and his struggle with his family. Melodramatic features aren’t new to the cinema of Nolan, but in “Interstellar” he stretches it a bit too far. The scenes between Cooper and his daughter in particular are sometimes are a bit too artificial in order to set the audience in a distinct emotional mood.

Marking the fifth collaboration with Hans Zimmer, the score is a masterpiece of blockbuster soundtracks. Highly based on the organ as an instrument, which metaphorical needs air to breath and produce sound, the score sprays a very human vibe, perfectly fitting into the movie’s context with humanity and its will to survival.

Regarding the critic’s leveling board on Nolan’s movies after some brilliant productions and the highly science-supported narrative, “Interstellar” had to face quite a lot of criticism. Nonetheless, the movie is one of the most impressive science fiction movies to date and operates far beyond the simple purpose of entertainment.