Westerns, generally speaking, are considered a less popular genre than they once were and too often have less-than-stellar box office returns. Nonetheless, many incredible Westerns have been made in the last 25 or so years. 3:10 to Yuma, Open Range, The Proposition, Bone Tomahawk, Hell or High Water, The Assassination of Jesse James by the Coward Robert Ford, No Country for Old Men, and True Grit are just a few examples of interesting and compelling Westerns from the recent past.

Though the title “Western” can be debated in some of these cases, these are all movies, lauded by many, adored by some, that take some classic Western genre trappings and turn them into something new, different, and exciting. However, none of these Westerns can quite be considered a classic the level of Clint Eastwood’s Unforgiven.

Serving as the final Western in Eastwood’s distinguished career, Unforgiven is an elegiac ode to old-school Westerns coupled with a healthy serving of more modern morality. Resisting the urge to increase the shock value through ultraviolence or introduce elements normally outside the genre, Eastwood fashioned a film that should have felt outdated but, instead, rang with relevance. Below are 8 reasons Unforgiven is the best Western since 1980.

1. It features arguably the greatest Western star of all time 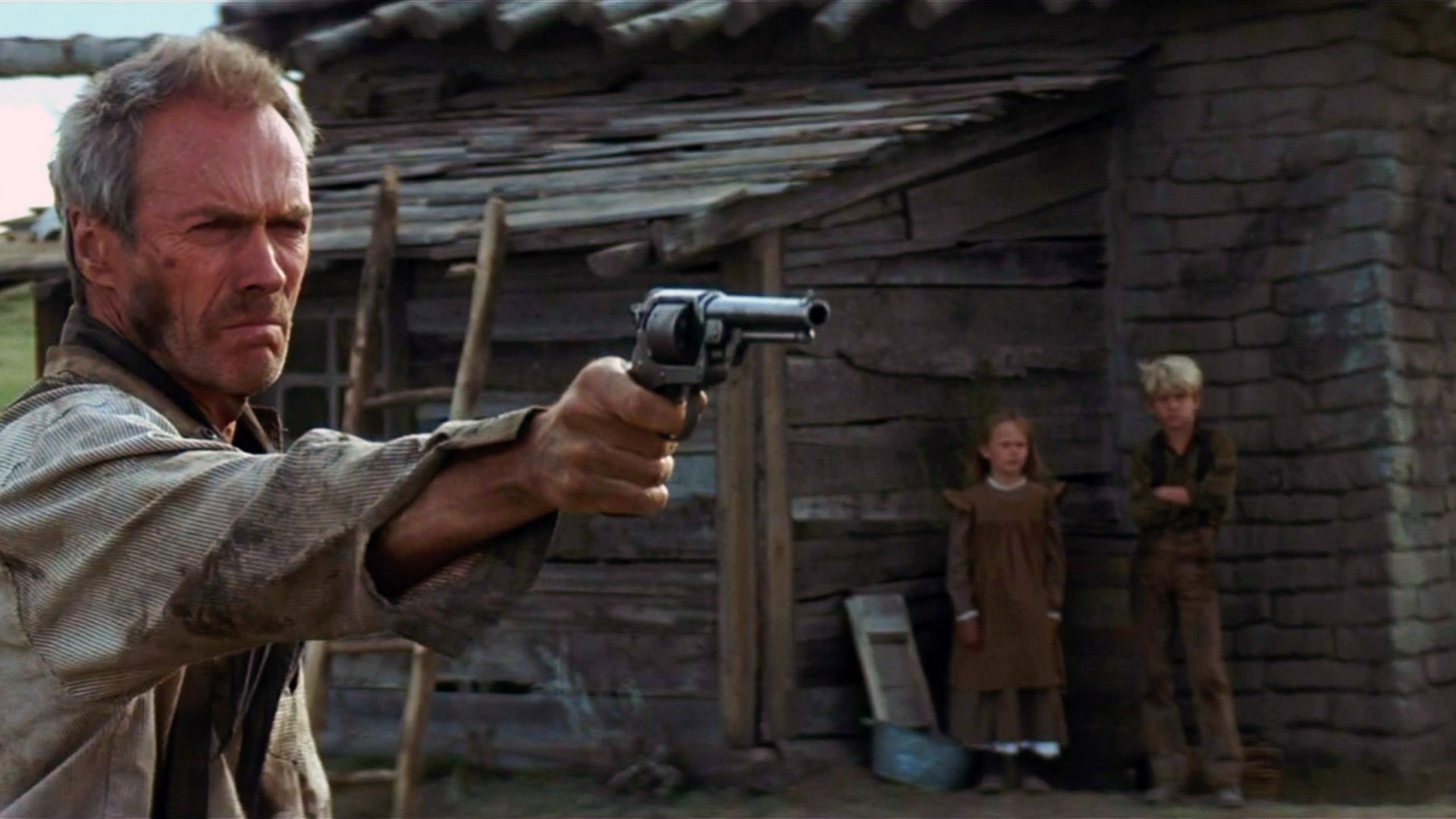 This is an obvious one. Unforgiven is directed by and starring Clint Eastwood, the star of such iconic Westerns as The Good, The Bad and the Ugly, A Fistful of Dollars, and Pale Rider. Eastwood is known for other roles (such as Dirty Harry), as well, but is the archetypal Western star: quiet, grizzled, brooding, and dangerous. In those older Westerns, Eastwood’s etched-in stoicism served him particularly well, suggesting the menace and melancholy beneath the surface.

He takes that same role in Unforgiven and follows it past where those movies would normally end. Here is the outlaw but he has been domesticated by the love of a good woman (with the same murderous tendencies pushed farther down).

When the movie opens, Eastwood’s William Munny is trying to take care of his animals and his land after that “good woman” has passed away. It is obviously not what he excels at but he is doing his best for his children. There is some humor in watching the quintessential cowboy look foolish as he falls in the mud trying to get his pigs where they need to go.

More than that, though, what Unforgiven does in using Eastwood is foreshadow for the audience the “transformation” that the character will experience when he reverts back to the same gunslinger he used to play in the past. As Munny hears of a bounty he can collect for killing a man, he makes the decision to saddle back up, dust off his boots, and take his rusty gun out for a spin.

When he steps into a saloon at the end with the intent of killing a man, Eastwood’s very presence gives the scene a seminal feel. Years of context step into that room with him. It would have been impossible to achieve that immediate jolt of recognition without an actor of his stature.

2. It evokes the spirit of older Westerns

Unlike some other more modern (and great) Westerns like No Country for Old Men and Hell or High Water, Unforgiven doesn’t update for our times, nor necessarily put an interesting spin on the old formula. All it does is advance a common genre story by picking up with our outlaws years later.

Once they decide to “get back in the game,” the movie settles into the rhythms of an old-school Western. Munny teams up with his old partner, Ned Logan (Morgan Freeman), and a frisky upstart who named himself The Schofield Kid, to hunt down two men that carved up the face of a kindly prostitute.

What they are moving toward is a showdown (if not an outright duel) with a sadistic sheriff in the local town of Big Whiskey, played by Gene Hackman. Hackman’s Little Bill Daggett rules with an iron fist–no firearms are allowed in Big Whiskey–and takes particular delight in hurting and embarrassing those who dare to cross him.

The movie follows this expected trajectory, hurtling our outlaw heroes toward a climactic face-off. It uses gorgeous compositions and Henry Bumstead’s constructed sets to echo an older, more quaint style. As well, Eastwood’s directorial approach, though effective, has always been more straightforward that risk-taking. Here, that approach serves the material well, establishing a languid pace emblematic of the classical Western style. Unforgiven succeeds for its ability to pay tribute to its roots. 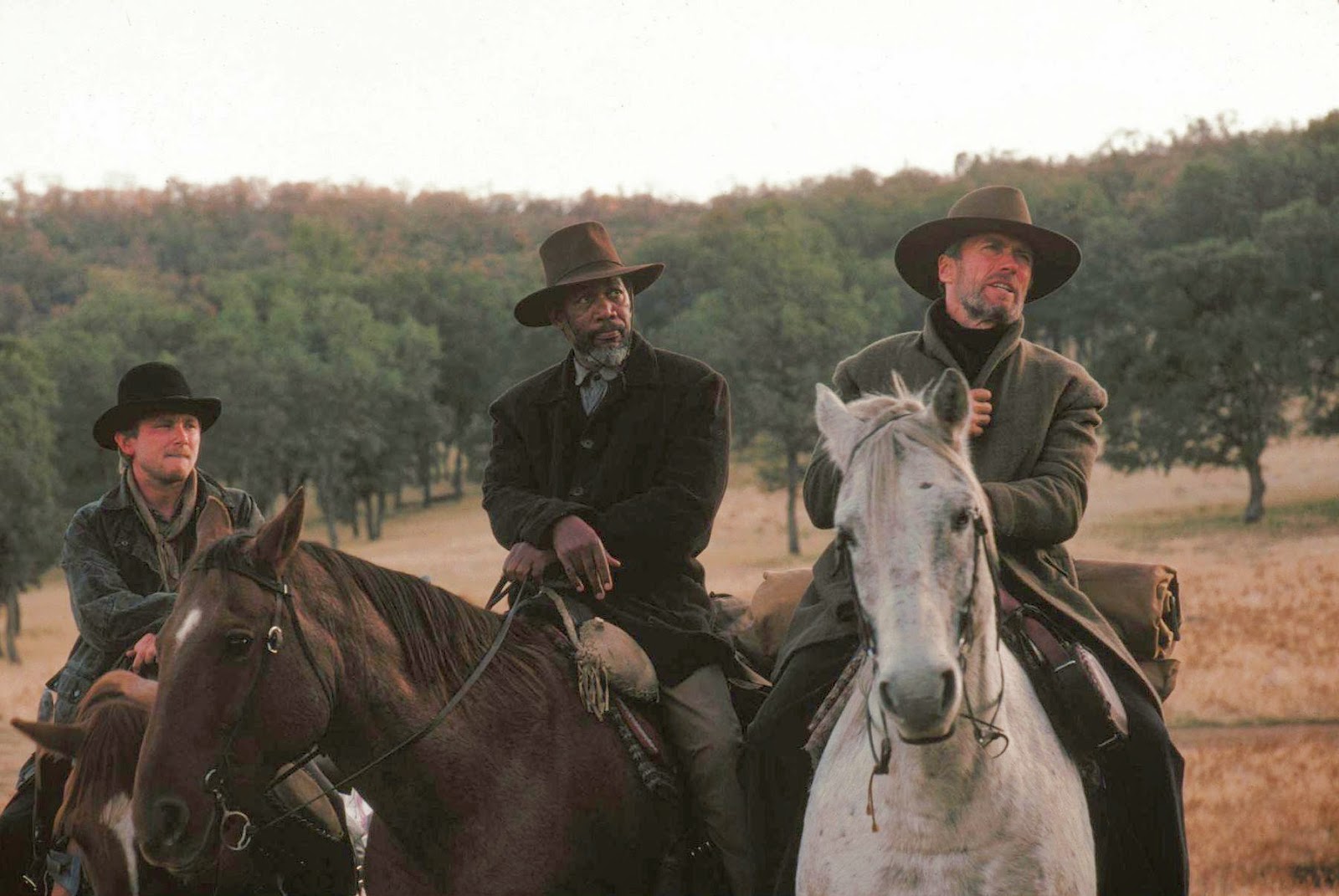 Clint Eastwood, Morgan Freeman, Richard Harris, and Gene Hackman are arguably four of the greatest actors to ever grace the silver screen. Though Eastwood’s roles have not always resulted in acting Oscar nominations, his gritty style, which then evolved into a cranky aesthetic, will be appreciated for years. Here, his ability to channel both of those versions of himself is perfect.

Morgan Freeman is one of the most beloved actors still working today, having been cherished for so long it seems he can do no wrong as a person or an actor.

Here, he is asked to use that charm and goodwill as a man who cannot quite capture the ferocity he once had. The love he has for Eastwood’s character is well communicated through his eyes and his face. No other actor can conjure up a twinkle in his eye like Freeman. It served the film well, as the audience misses him something fierce after his lamentable death.

Richard Harris, though slightly less familiar to modern audiences (though he did play Dumbledore in the first two cinematic installments of Harry Potter), is a classically trained Irish actor with gravitas to spare. His role here, though much smaller than the other three actors’ roles, allows him to create a lot with very little.

In one particular scene, Harris is asked to play ten different emotions across his face as Hackman’s character is badmouthing him. It’s a tricky but sharp bit of acting, especially under the make-up that portrays the violent beating he took earlier. Harris’ turn here ups the realism.

Hackman, for his part, has won two Oscars, including Best Supporting Actor for this film. His casual cruelty is striking and his intensity unparalleled. Look no further than the scene where he administers the barbaric beating to Harris’ English Bob. Before he begins to physically assault him, viewers can see the delight creeping into his face as he realizes that he is going to get to execute his brand of justice.

Then, as he begins to beat him up, he stays in total control, his face a masking his emotions while his hands “keep the peace.” There is often a tendency to overplay such moments to call attention to the fiery malice of a character. Hackman realizes that it is much more discomfiting for an audience to feel the simmering heat while imagining what the full-on rage would look like.

4. One of only four Westerns to be nominated for Best Picture 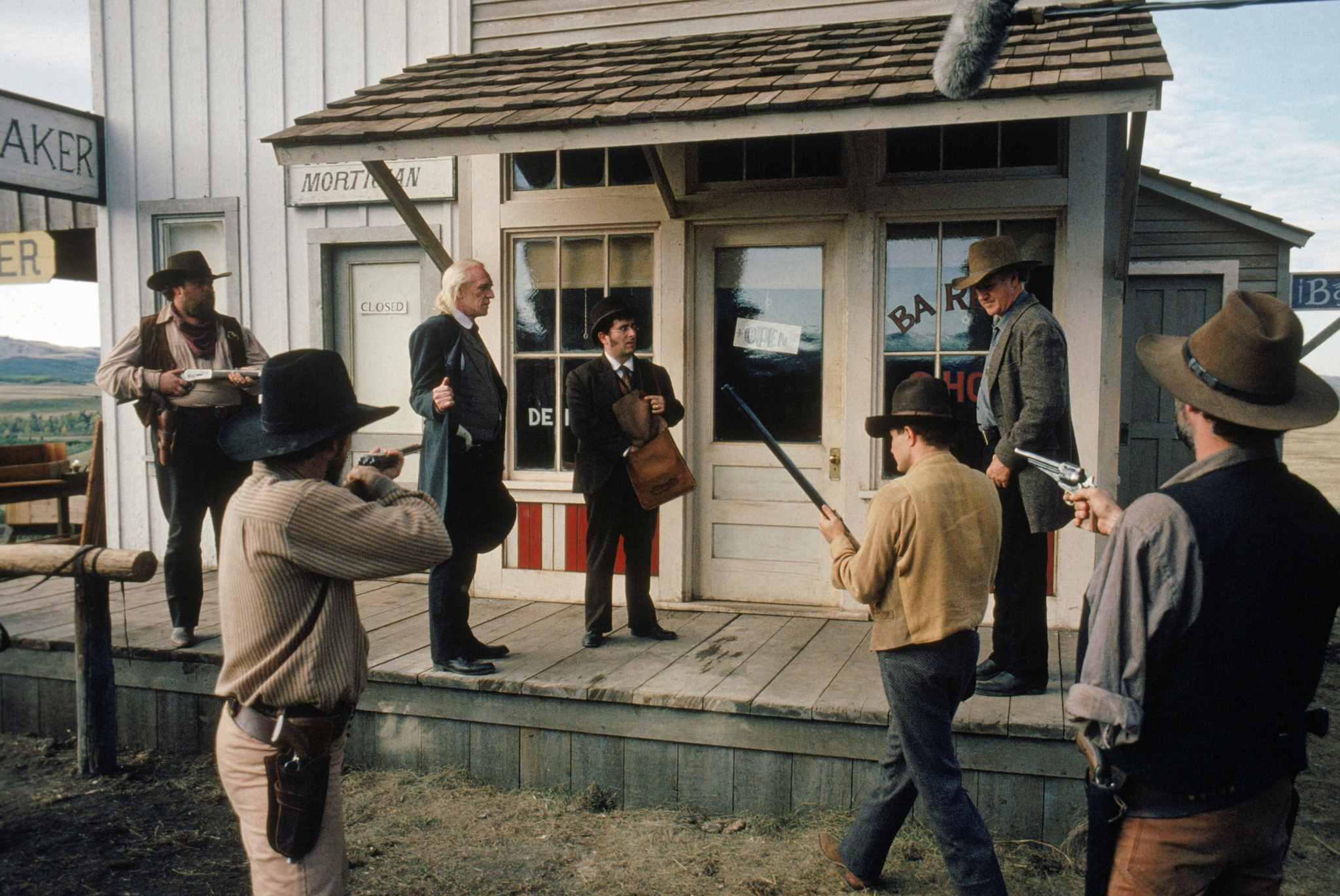 Though four Westerns are purported to have won Best Picture at the Academy Awards, none have so truly stuck to the conventions of the genre like Unforgiven. The other four, great movies in their own right (Cimarron, Dances with Wolves, and No Country for Old Men) all take more liberties with the genre. And while Unforgiven does present some slight variations on an old story, it mostly adheres to Western canon.

Though winning awards is most definitely not the only indication of a movie’s greatness (as evidenced by the many fantastic Westerns shut out of awards over the years), it does demonstrate critical appreciation. Many saw Unforgiven as the most sublime Western ever. Using the same formula but imbuing it with a distinct sorrowful nostalgia, Eastwood and crew managed to transcend the limitations (or perceived limitations) of the genre.

Its Best Picture award helped to solidify its status as a classic. Instead of watching our cowboy hero walk away from a final showdown unscathed, with his head held high and the esteem of the onlookers even higher, our cowboy hero limps away, aware that the life he has led is not one to be celebrated, but one that will haunt him until he is laid in his grave. It resonates more deeply.