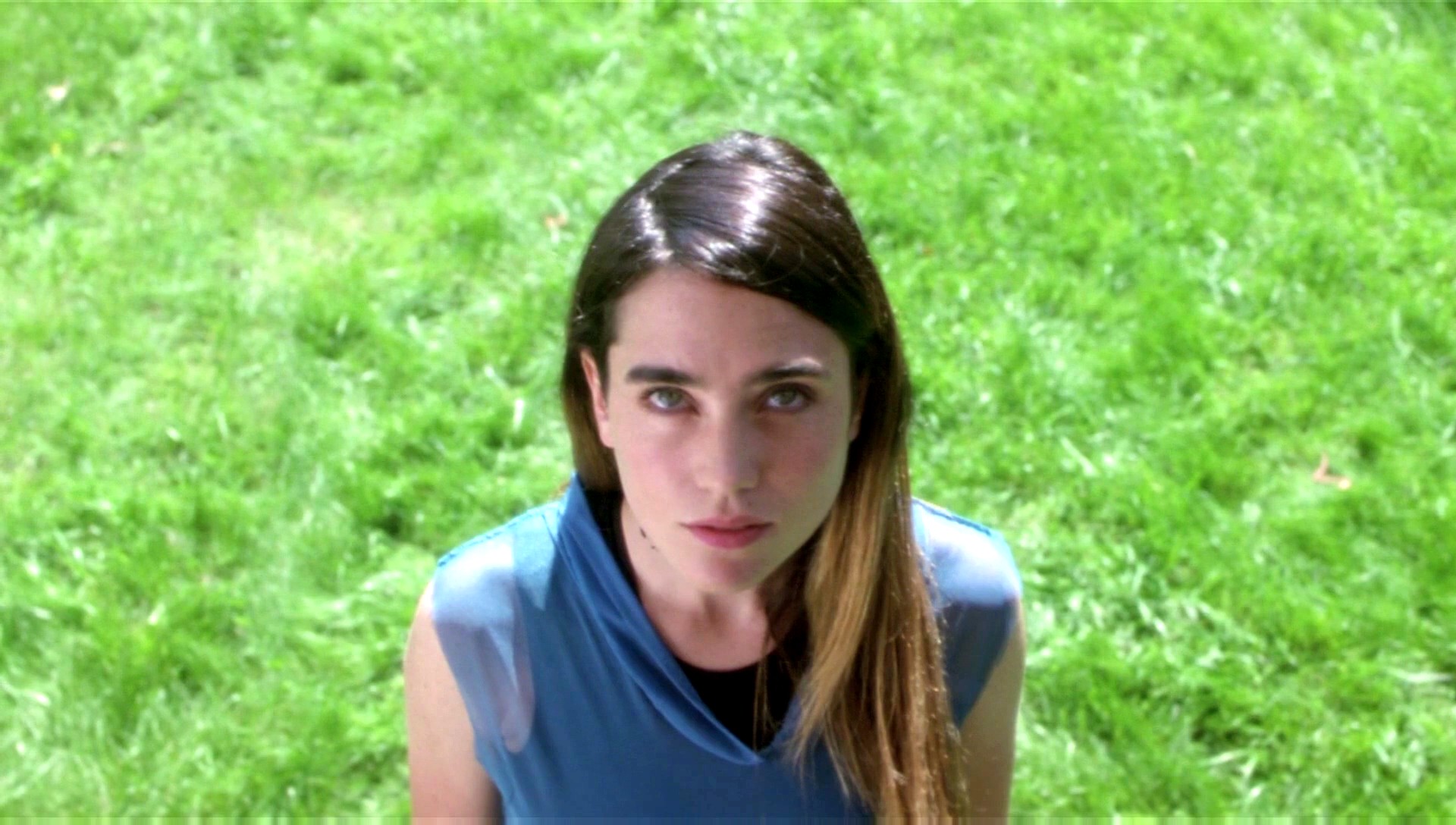 Japanese animation, commonly referred to as anime (the Japanese shorthand for animation), has had a tremendous impact on the international world. While cartoons were conceived around the start of the 20th century, anime took on a whole other form in the post-World War II period of Japan where it was developed as a method of telling original stories whilst repairing the country’s image in the global community. Characters were given a Western aesthetic of fairer skin and wider eyes, hair color was up to the creators, and stories generally involved relatable day-to-day stuff.

The pioneering work of Osamu Tezuka’s manga in the 50s and 60s, combined with the massive popularity of the Walt Disney Company’s works in Japan, led to anime becoming widely recognized and exported to the rest of the world. Stories took on a more experimental route, leading to expansions in fantasy, science fiction and historical fiction, with the creation of companies like Toei Animation, Toho and Studio Ghibli helping to capitalize on this potential.

However, the relationship between Western and Eastern works has not been so one-sided. Not only have American animation companies like Pixar taken an influence from anime artists, but even auteurs behind some of the most acclaimed blockbusters of our generation have taken an active interest in this unique style of storytelling. We at Taste of Cinema have looked at many of these films and discovered many them have aspects that are directly attributable to anime. Let us dig into them.

Out of all the directors on this list, Christopher Nolan might seem to be the most unlikely to have been inspired by anime. Coming from a British indie film background, Nolan’s films prior to 2010 were noted for their focus on existential realism: thinking outside the box, but in a pragmatic manner. While there are several anime that do follow philosophical themes, most opt to adapt them into more directly entertaining features like mecha battles in the “Neon Genesis Evangelion” franchise or superpower battles in “Akira.”

None of those made particular sense for Nolan. But coming off 2008’s massively successful “The Dark Knight,” Nolan was presented with the prospect of finally getting funding for a literal dream project of his: “Inception.”

Conceived back in the early 2000s as a horror film, “Inception” was eventually changed into a heist movie focused on stealing intellectual secrets from sleeping subjects through entering their dreams via advanced technology. Starring an ensemble cast lead by Leonardo DiCaprio, “Inception” ended up breaking from Nolan’s traditional format by exploring a more metaphysical landscape full of crazy set pieces.

A good part of that change can be attributed to the Satoshi Kon film “Paprika” released in 2006. Much like “Inception,” “Paprika” envisions a society where entering people’s dreams is possible thanks to a machine, and follows a story involving criminals utilizing this technology to hide secrets. While obviously not the exact same as “Inception,” an article published by Empire revealed that the Madhouse production had in fact been a strong influence on it during the writing phase. Very interesting to read.

In some ways, the 1990s were the end of strong original science fiction. While we would go on to have many great films in the 21st century like “Sunshine,” “Children of Men,” “WALL-E,” and “District 9,” they do not quite compare to the extravagant works that were being pumped out each year in the previous decade. It was, of course, kicked it off with “Total Recall” in 1990, followed by such perennial flicks as “Terminator 2: Judgment Day,” “Jurassic Park,” “Gattaca,” and “Dark City.”

However, the final year of 1999 gave the world something truly unforgettable, and that was “The Matrix.” Directed by The Wachowskis (then The Wachowski Brothers), who had previously only helmed the underrated thriller “Bound” in 1996, “The Matrix” was an example of understated talent being brought to the forefront of filmmaking.

Taking place in a dystopian future where machines have subjugated the majority of humanity in a virtual reality known as the Matrix, the eponymous movie followed the exploits of a resistance lead by the mysterious Morpheus, who attempts to convince a recently freed hacker named Thomas Anderson that he is actually the destined hero Neo.

While the visual effects, specifically bullet-time, were highlighted as revolutionary, what helped the movie gain fame was its simple yet thought-provoking story involving the nature of reality. How can anyone be sure that what they are experiencing is real and not simulated events by some invention?

Unfortunately, this was not quite original as The Wachowskis owed a lot of credit to the anime “Ghost in the Shell.” Based on the manga by Masamune Shirow, “Ghost in the Shell” took place in a similar setting where many people’s brains have become interlinked with a computer network, allowing hackers to alter reality in ways not expected. The protagonist, Major Motoko Kusanagi, is a law enforcement official who finds herself uncovering a political conspiracy and subsequently having to deal with augmented threats in stylistic action sequences.

Does this sound similar to Neo’s uncovering of the Matrix’s truth in the beginning and consequent epic shootouts later on? If so, it is definitely worth checking out both films.

Despite kicking off an initial superhero craze in the late 70s and early 80s, the original “Superman” was not very well respected by its producers. Seeing it more as a fluke than the product of Richard Donner and Christopher Reeve’s passion for the character, the sequels saw diminishing returns because of increasing producer control and less creative vision to the point where “Superman IV: The Quest for Peace” was both a critical and commercial flop.

As such, the character needed a fresh face for newer audiences, and numerous attempts at bringing Superman to the big screen ended up not making it past the pre-production stage. Even the one that did succeed, Bryan Singer’s “Superman Returns” in 2004, underperformed.

The year 2013 provided the fresh face audiences needed with “Man of Steel.” Directed by Zack Snyder, “Man of Steel” not only served as a rebooted origin story, but was also the first entry in the DC Extended Universe. Giving us a younger Superman forced to face members of the lost Kryptonian race, “Man of Steel” ended up opening to mixed reviews, but no one can deny that the action scenes were exquisitely done.

Some moviegoers noted that these destructive fight sequences were very reminiscent of the classic shonen anime “Dragon Ball Z,” which had overpowered characters throwing everything they could against each other. While promoting the movie in Japan, though, Snyder revealed that, while anime in general was a big inspiration on his craft, the primary influence was a 90’s OVA called “Birdy the Mighty” wherein superpowered beings knock each other in an urbicidal cityscape.

“Pacific Rim” may seem like an obvious item on this list given that it was written as a love letter to the kaiju and mecha genres, but giant monsters and towering machines have been a part of the Western fabric since arguably Greek mythology, which featured fantastical beasts like Typhon and automatons like Talos.

In “Pacific Rim,” humanity is forced to use colossal robots known as jaegers to fight invading monsters appearing on Earth. While Guillermo del Toro’s aesthetic is always pleasing to watch, it was the use of specific anime in “Pacific Rim” that helped elevate it visually. Contrary to popular belief, “Neon Genesis Evangelion” was not one of those, with del Toro citing instead “Patlabor” and “Tetsujin 28-go” as the bigger influences.