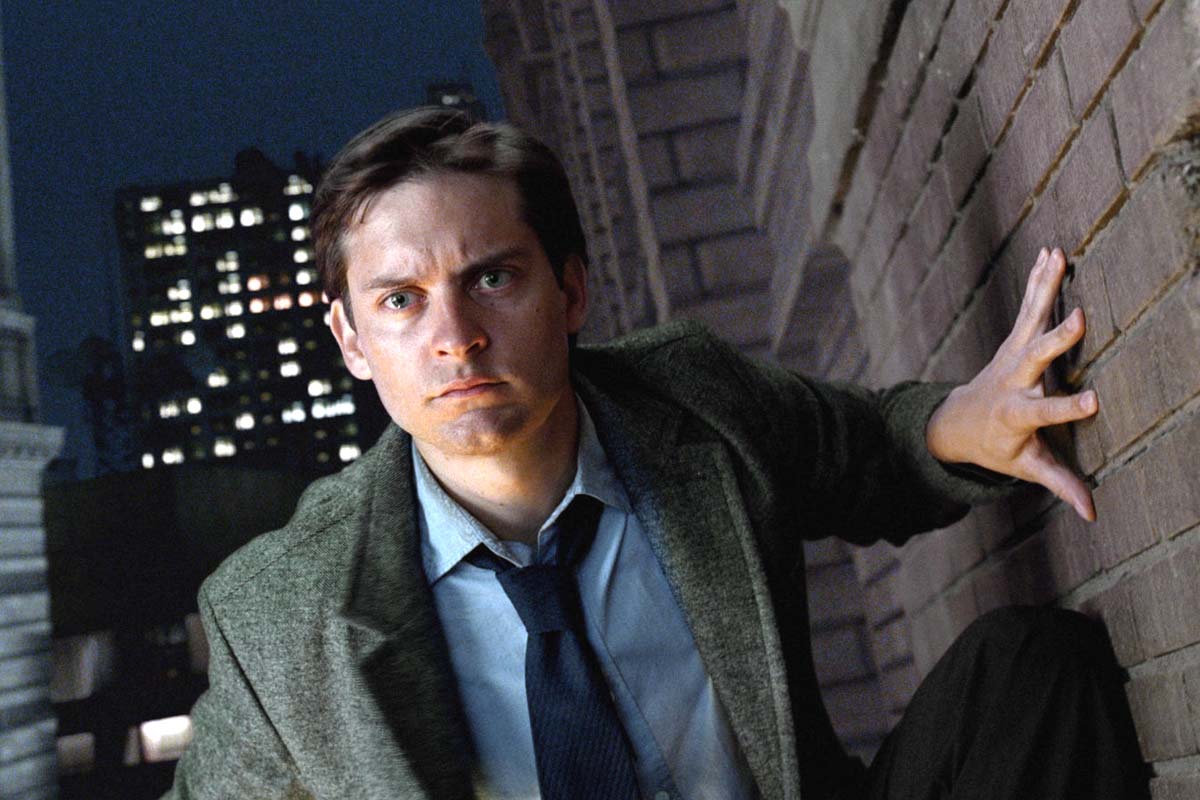 There is a moment early in “Spider-Man 3” that offers a neat summation of the film’s fiery critical reception. It begins as sunshine is pouring into the apartment of Peter Parker (Tobey Maguire), the “anonymous urban crime fighter” (as A.O. Scott brilliantly described him) known as Spider-Man, followed by a cloud of gloom bursting in: Peter’s girlfriend, MJ (Kirsten Dunst), who announces that her performance in the musical “Manhattan Memories” has received a withering review.

If Peter were equipped with sharper social skills, he would have taken this setback as an opportunity to dish out some boyfriendly comfort. But instead, he cheerily brushes MJ off (“This is something you’re gonna have to get used to”) and knocks the review by declaring, “That’s a critic,” a line delivered in a dismissive tone that suggests that Peter is about as fond of critics as he is of supervillains like Doctor Octopus.

It’s a scene that offered an eerie premonition of “Spider-Man 3”’s fate: When it was released in 2007 (May 4 of this year will mark its tenth anniversary), the film was lambasted with the kind of rage usually reserved for Joel Schumacher and Brett Ratner.

And while the movie remains barely certified fresh on Rotten Tomatoes, a quick scan of its reviews reveals high-profile detractors like James Berardinelli (who drew blood with a blunt declaration: “’Spider-Man 3′ is a chore”), Roger Ebert (who accused the film of having “too many villains, too many pale plot strands, too many romantic misunderstandings”), and even the movie’s director, Sam Raimi (who entered the fray by summing up his own work in one word: “Awful”).

Raimi’s shockingly candid condemnation was a powerful reminder that the movie had evolved into a pop-cultural punching bag. Yet it also ignored that while “Spider-Man 3” (which, like all the Spidey films, is based on comic book characters created by Stan Lee and Steve Ditko) has plenty of messy and overly melodramatic moments, it isn’t awful: It’s a vibrant, romantic epic thrillingly charged with emotion and adrenaline. That’s why the following list offers not a groveling apology for a much-derided blockbuster, but a defense of a movie that, while far from perfect, deserves to be reappraised by audiences and critics alike.

1. It’s a fascinating portrait of a good man becoming corrupt

It all begins with the landing of a meteorite, out of which oozes some inky-looking goo. What is it? Where did it come from? At the end of the day, it doesn’t matter because it’s a metaphorical McGuffin (described in the film as an “alien symbiote”) that ignites the core story of “Spider-Man 3”: the intensely virtuous Peter’s transformation into a vengeful and abusive bully who is just as repellent and cruel as the very villains he fights.

This grim turn spirals out of the end of “Spider-Man 2,” in which MJ becomes a keeper of Peter’s superheroic secret. The fierce kiss they share in the last scene of that sequel is a rare moment of joy for Peter, a comic-book character whose life has never been as comic as he might hope—especially since the murder of his beloved Uncle Ben (Cliff Robertson)—and it feeds into the beginning of “Spider-Man 3,” when New Yorkers have finally embraced Spider-Man as their protector, inspiring Peter to crow, “People really like me!”

Until they don’t, that is. Drunk on his sudden surge of success, Peter grows increasingly callous. He hounds MJ with condescending lectures; he shamelessly grooves to the thrill of having spider-fans; and in a move that’s shocking coming from a superhero whose monogamy is as central to his identity as fighting crime, he dons his spider-suit and smooches a police captain’s daughter, Gwen Stacy (Bryce Dallas Howard), in a publicity stunt performed in full view of MJ.

The worst part is that these follies are just a prelude to the near-psychotic wrath that blossoms in Peter after he gets a phone call from the NYPD summoning him and his Aunt May (Rosemary Harris) to meet with Gwen’s father, George Stacy (James Cromwell).

It turns out, Stacy explains, that Uncle Ben was not murdered by Dennis Carradine (Michael Papajohn), the crook Peter hunted down in the first film—the killer was actually Carradine’s partner, Flint Marko (Thomas Haden Church). And, just Peter’s luck, Marko has gained the ability to morph into sand, which turns out to be a lot scarier than it sounds (when he absorbs enough sand, he turns into a monster bigger than an eighteen-wheeler).

Under most circumstances, Peter’s comparatively humble superpowers (as always, he shoots webs, swings from skyscrapers, and yes, does whatever a spider can) might not be enough to bring Marko to justice. But that’s before the symbiote engulfs Peter, blotting out the scarlet sheen of his Spider-Man costume, amping up his strength, and blackening his psyche.

As a result, Peter doesn’t just become more powerful—he sheds his inhibitions as well (as we witness in a montage where he leers at women he passes on the street with the relish of a monk who has long yearned to fling off his robe).

Peter’s new gifts come in handy in his fight against Marko, though the effects of his transformation are best seen in a cataclysmic scene at the jazz club where MJ works. There, Peter coasts on a symbiote high and picks a fight with a bouncer, resulting in the unnerving sight of an ordinary man tussling with a guy who he doesn’t realize is a superhero. “Peter, stop!” MJ shouts.

And then he hits her.

Everyone goes still in that moment—including Peter. So much of his life has been about trying to protect and honor this one woman. And now, she’s lying on the ground because of him.

There’s a debate to be had about whether “Spider-Man 3” absolves Peter too swiftly (redemption is easy when supervillains give you the opportunity to play the heroic rescuer). But give credit where credit is due: Working with Maguire, Raimi mounted a magnificently complex exploration of how vicious impulses can slumber beneath the polite veneers of even the most moral people.

That’s what makes the symbiote so terrifying—Peter was already sinking before he donned it. There was no need to create evil; it was just a matter of amplifying what was already there.

2. It features one of Tobey Maguire’s finest performances 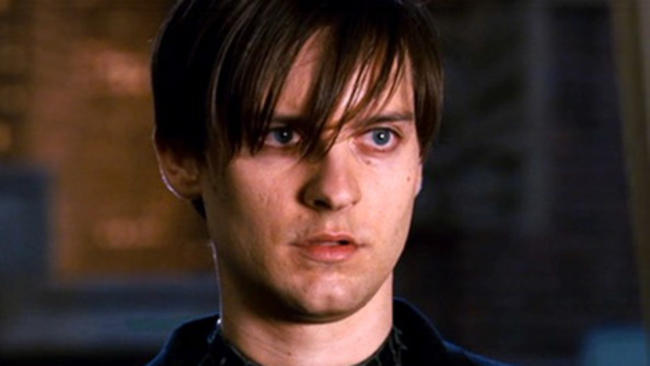 The unraveling of Tobey Maguire’s acting career is one of the most regrettable developments in twenty-first century cinema. In the current decade, he’s had only two significant roles—Nick Caraway in Baz Luhrman’s sugar-high version of “The Great Gatsby” and Bobby Fischer in Edward Zwick’s “Pawn Sacrifice”—and he deserves better (don’t forget that Maguire is the same actor who once held his own against none other than Michael Douglas in “Wonder Boys”).

Then again, it’s easy to understand why filmmakers have trouble figuring out what to do with Maguire. With his wide-eyes and high-pitched voice, he often seems like an over-sized, talking baby chipmunk—you’re not sure whether to hug him or call the exterminator. But that made him perfect for “Spider-Man 3,” in which Raimi tapped the well of ambiguity and menace that Steven Soderbergh mined in “The Good German” (in which Maguire played a nasty American in Berlin).

Maguire’s trademark has always been his gift for deft emotional expressiveness, which comes into play during a tender conversation with Aunt May when Peter announces that’s he’s planning to propose to MJ. “A man has to be understanding and put his wife before himself,” May tells him. “Can you do that?” As he responds, all it takes is one look—a slight, smug smile—for Maguire to reveal that Peter is staring to be consumed by noxious cockiness, which is perfectly punctuated by his eerily suave reply to May (“Yeah, [I] think I can”).

It’s nuances like that that make Peter’s corruption believable. Yet Maguire also shines when he cuts loose, especially during the lighter moments in the jazz club scene. It’s great fun to watch him slick down his bangs, don a dark jacket, swagger into the club, and then announce his apparent entry into show business by playing a rockin’ piano solo, swinging from a chandelier, and—in what Peter clearly imagines to be a sexy manner—declaring, “Now dig on this!” before he breaks into a slow dance with Gwen that ends up being as self-parodying as it is seductive.

Maguire, in other words, is unafraid of looking unvarnished, despicable, and ridiculous, and the comedic flourishes in his performance turn out to be one of the most important functions of the film’s face-from-grace narrative.

That’s because unlike “Revenge of the Sith,” “Spider-Man 3” doesn’t play its hero’s turn to the dark side as a grim slog; it makes the grotesque journey light and funny, keeping you entertained and in sympathy with Peter until the reality of his awful actions comes crashing down on him after he smacks MJ.

It’s riveting to watch Dunst channel MJ’s sadness and disgust as she watches Peter’s principles crumble. Yet “Spider-Man 3” is ultimately a Maguire showcase, especially when he does a seamless about-face as Peter’s rage is overtaken by shame. “Who are you?” a horrified MJ asks. “I don’t know,” Peter shakily replies, and it’s a testament to the man behind the mask that you believe him.

3. It features some of the “Spider-Man” trilogy’s best production design 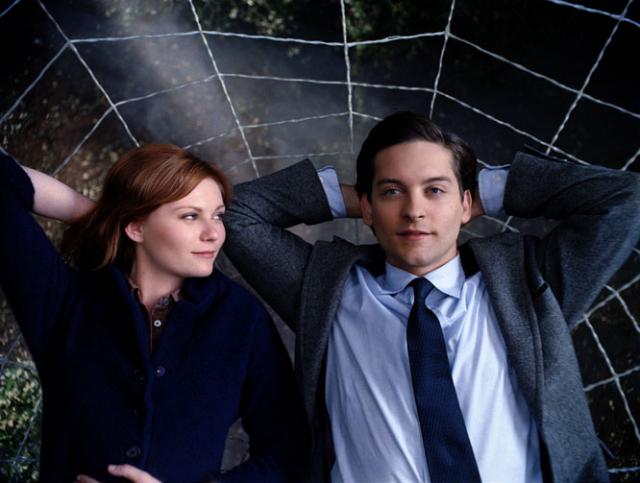 “Spider-Man 3” compels partly because of the evocative locations it unfolds in. Peter’s run-down apartment signals his isolation from the prosperous world of his best friend, corporate titan Harry Osborn (James Franco); the gleaming, seemingly unsupported staircase that MJ descends during her performance in “Manhattan Memories” is a wonder, yet also shows us how far she has to fall; and the skeletal, under-construction skyscraper where the film’s final battle unfolds is a beautiful maze of metal beams with a fragility that evokes the perilous emotional states of nearly every character in the film (and offers plenty of places for a hungry symbiote to hide).

These settings are also enticing because they’re ravishing but never distracting. That’s down to the practiced eyes of production designers Neil Spisak and J. Michael Riva (who died in 2012), who achieved a remarkable sense of visual balance by channeling the cartoonish look of countless Spider-Man comics, yet never allowed the film’s interiors and exteriors allowed to outshine the thoughts and feelings of the men and women who inhabit them.

Best of all, the film features one of the most iconic set pieces of the trilogy: The Gothic spire Peter kneels upon after striking MJ. Grimy, and framed against a stormy sky like an outstretched arm, it looks like something that belongs in Batman’s morally murky world, and that intertextual friction reminds us how much Peter has changed—and how far he has to go to be worthy of the mantle of Spider-Man once more.