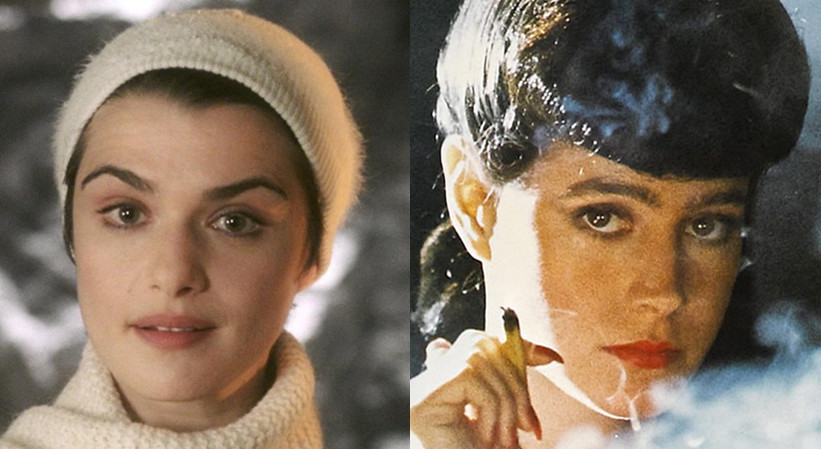 There is a moment in Ridley Scott’s “Blade Runner” (1982) when Rick Deckard (a detective played with disgruntled bravado by Harrison Ford) stares at a photograph. Yet he doesn’t just stare: Using a computer, he enhances the image and studies it so intently that he looks like one of the movie’s legendarily obsessive fans—or a devotee of Darren Aronofsky’s “The Fountain” (2006), that director’s spiritual sequel to Scott’s masterwork.

On their gorgeously shadowy surfaces, “Blade Runner” and “The Fountain” appear dissimilar; after all, the former is a seemingly straightforward tale about Deckard hunting replicants (AKA humanoid androids) in Los Angeles, circa 2019, while the latter is an unruly triptych that’s part conquistador adventure, part contemporary romance, and part lonely interstellar crusade.

Yet despite those notable differences, the two films are soul siblings, and not just because they’ve trekked along the same pop-cultural trajectory (from the lower echelons of box office charts and into the worshipful gazes of hard-core cinephiles).

The following list delves into the visual, thematic, and emotional concerns shared by these two unearthly films (also: unless otherwise noted, any mention of “Blade Runner” will refer to the so-called “director’s cut” of the film). And while it represents only a single step toward understanding their intricacies, it is a step that leads deep into two of the most thrillingly bizarre and beautiful worlds ever put to screen—and into the minds of the passionate and idiosyncratic directors who imbued them with life.

1. Both films challenged their audiences with difficult-to-understand narratives

“Blade Runner” seems to elicit gasps of both bafflement and awe, a duality that Ryan Gosling (who stars in the forthcoming sequel “Blade Runner 2049”) perfectly described while recalling his initial reaction to Scott’s film. In an interview, he explained that “it wasn’t clear how I was supposed to feel when it was over.

In other words, despite the simplicity of its core conceit—detective hunts robots—“Blade Runner” is a complicated creature. That’s because Scott went out of his way to make the film nearly impossible to interpret, namely by scattering it with perplexing motivations (the scene where Rutger Hauer’s slick, smiling replicant Roy Batty saves Deckard’s life is still an eyebrow-raiser), peculiar symbolism (including Scott’s origami fetish), and scenes hinting that Deckard may be a replicant, which have proved so attractively ambiguous to viewers that not even Scott’s definitive statement that Deckard isn’t human has resolved the matter (the waters of debate are also muddy because Ford disagrees with his director).

It’s arguable that “The Fountain” is even more complex. While “Blade Runner” benefited from the clarity of its ultra-linear narrative, Aronofsky’s film is packed with disorienting time shifts, which begin when we meet a conquistador called Tomas (Jackman). Tomas is searching for the Tree of Life, yet when he nears his destination, Aronofsky pivots to the perspective of an astronaut named Tommy (Jackman again).

Tommy is aboard a bubble-like spacecraft carrying a now-dying Tree of Life toward a star called Xibalba, which he believes will heal the tree (a word of advice to the skeptical: Just go with it). But before you can wrap your brain around that cornucopia of weirdness, Aronofsky redirects his attention to a younger Tommy (who else but Jackman?), who works as a scientist and is searching for a cure that will save his ailing wife, Izzi (Rachel Weisz), who has a brain tumor. Whew.

Throughout the film, Aronofsky shuttles his way through these disparate plot tributaries, teasing us with questions about how they’re connected (he weaves the outer space and conquistador stories together with a particularly ingenious flourish).

Sometimes, it’s daunting to watch him work it all out, but that’s what makes “The Fountain” so intoxicating—like “Blade Runner,” it forces you to sit up and wrestle with the mysteries nestled in its narrative, giving you the giddy feeling of being a participant in the surreal action unfolding onscreen. 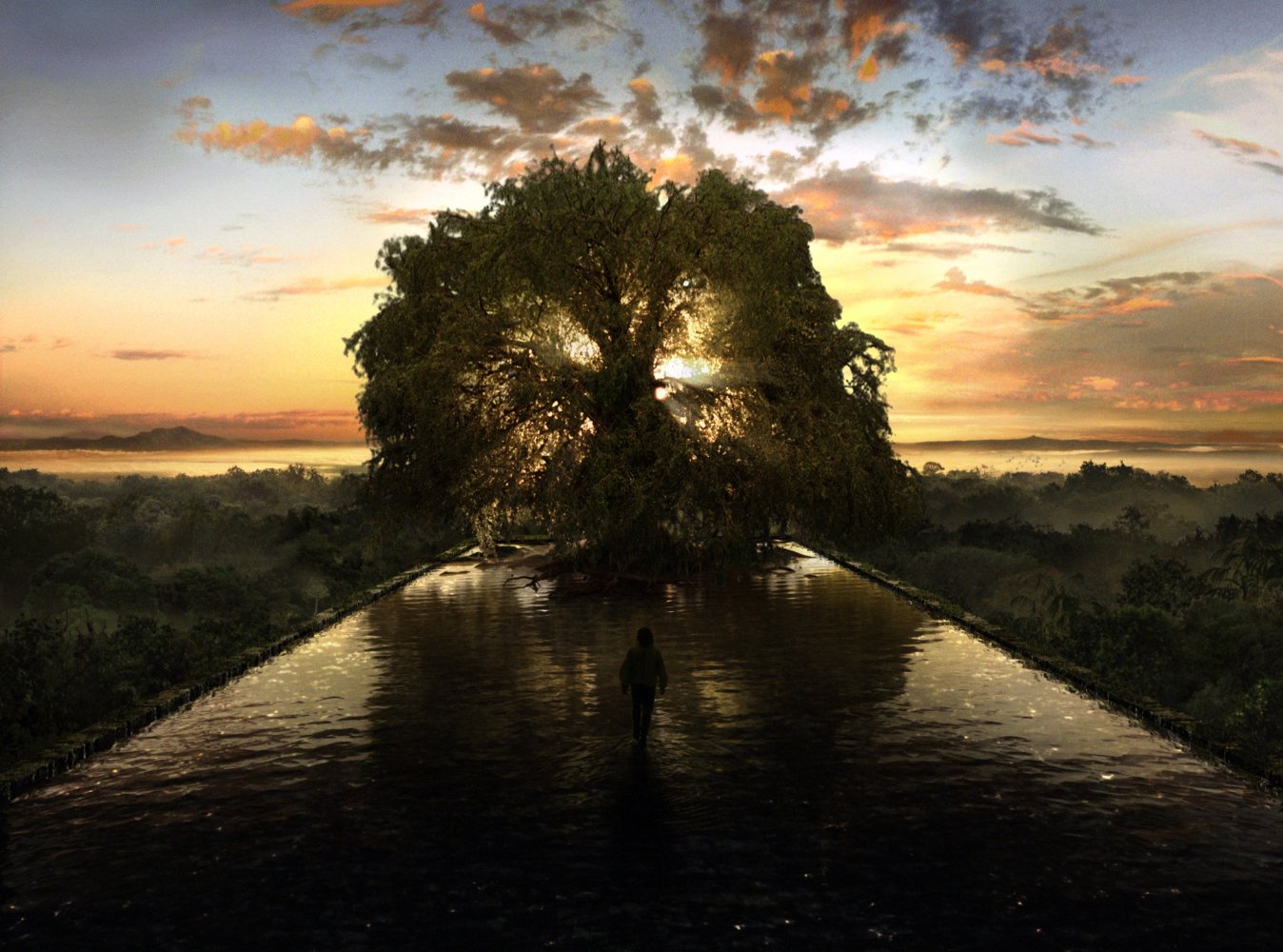 Both Scott and Aronofsky have often displayed a hunger to unleash “the big WOW”—a phrase that New York Times critic Manohla Dargis used in her review of James Cameron’s “Avatar” and that this critic defines as the feeling that washes over you when you witness Darth Vader’s star destroyer soaring over the camera in the first “Star Wars,” or any other moment that leaves you shivering at the wonders that cinema can create.

It’s a feeling that Scott and Aronofsky worked brutally hard to manufacture in their own films, and saying that they succeeded is like saying that Yoda is merely adequate in a lightsaber duel.

For Scott, getting to “WOW” meant joining forces with artist Syd Mead and production designer Lawrence G. Paull, a collaboration that made “Blade Runner” one of the most visually seductive films in cinema history.

Among the movie’s achievements are a super-vertical vision of Los Angeles poetically drenched in gorgeous grime and rain, as well the illusion of a seemingly endless night (save for a segment of the film that is set at sunrise). This gave Scott a chance to play with light and shadow in wondrous ways, as he did by having some heavenly illumination pierce the atmospheric gloom of Deckard’s apartment during his mournful encounter with the ethereal replicant Rachel (Sean Young).

“The Fountain” has a similarly fanciful quality, even in its contemporary scenes. When seen through Aronofsky’s eye, a moment as ordinary as Tommy and Izzi gazing at the stars from their backyard takes on an eerie poetry worthy the film’s more obviously dazzling moments—including the scene where Tomas slowly strides through a chamber lit by the gleam of floating lamps and the unforgettable sequence where Tommy’s twisting body is framed in silhouette against a deep-black starry backdrop as he exercises aboard his strange spaceship.

There are plenty of other visual details worthy of dissection in “Blade Runner” and “The Fountain,” like the mysterious photos that adorn Deckard’s piano and the spreading, smeary smoke that Aronofsky uses to mark the passage of time. But it’s worth remembering that both films deliver what any director capable of creating a fresh big WOW offers: beauty for its own sake.

3. Both films establish their ideas through repetition 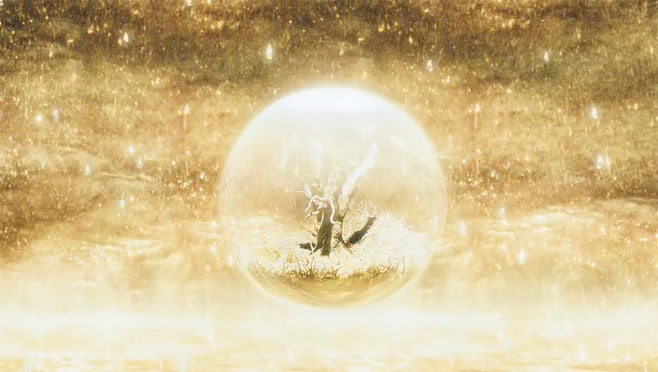 “Repetition” may be regarded by many as pejorative term (especially among piano students taunted with howls of, “Practice makes perfect!”), but it’s also a storytelling tool that “Blade Runner” and “The Fountain” employed to potent effect. It’s what enabled Scott and Aronofsky to make films that function as both stories and as geometrically precise tapestries knitted together by carefully chosen motifs.

The most memorable of these is the now-famous video billboard from “Blade Runner,” which is emblazoned with images of geishas. It’s introduced in the sequence where Deckard is apprehended by Edward James Olmos’ sartorialist cop Gaff, but it resurfaces during other scenes as well (what appears to be the same billboard is shown in a prelude to the gruesome showdown between Deckard and Batty).

Like the film’s other notable recurring element (the sound of a woman singing in a painfully high-pitched voice), its frequent appearances have a lulling, hypnotic power, suggesting that the excesses of the bleak future the film depicts have lulled its residents into a docile daze (which Deckard’s drone-like obsession with his job attests to).

Aronofsky’s use of repetition in “The Fountain” has similar thematic weight: It’s designed to show us the connections between all three Jackmans. This is illustrated by several sets of mirrored images seeded throughout the story, including the following:

1. In one scene, we see Tommy driving while the camera flips over, a visual trick that is repeated as Tomas rides on horseback.
2. Aboard his spaceship, Tommy is shown staring upward at Xibalba, an image mimicked by a shot of the younger Tommy staring up at a light fixture.

These linked images highlight the fact that Tomas and the two Tommys are essentially undertaking the same journey. The victories they yearn for—finding the Tree of Life, curing Izzi, reaching Xibalba—may vary, but in trying to achieve them, each man is attempting the same thing: To accomplish something beyond human control.