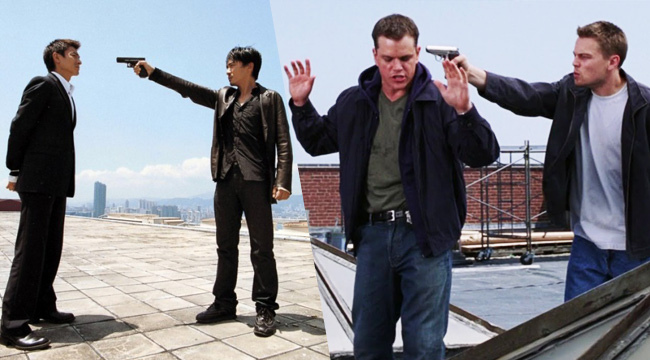 “Infernal Affairs” is one of the most successful films in Asia, and it became internationally known when Martin Scorsese adapted it to shoot “The Departed”.

Chen Wing Yan is an undercover agent who has been chosen since his days in the police academy to infiltrate the crime world, particularly the gang of the notorious Sam. The sole individual who knows his actual identity is Chief Wong. On the other hand, Sam has chosen Detective Lau Kin Ming to act accordingly inside the police force. While Sam prepares for a large operation, the two moles come face to face, realizing each other’s role. Unavoidably, one of them has to die.

Wai-Keung Lau directs a sublime urban noir thriller that retains the agony throughout its duration. Scenes such as the one involving Sam’s first meeting with the Thais are among the greatest ever shot in the genre, both technically and artistically, with every minute soaring with anguish.

Scorsese transferred the unrelenting struggle for survival and the permeating violence of the first film to Boston, maintaining the agony and the sense that the two characters are mirroring each other, since their conflicting paths were just a matter of luck. However, and despite its Oscar wins, his film still stands on a lower level than the original.

Here are six reasons why. Please note that the article contains many spoilers.

However, Scorsese’s “obsession” with DiCaprio actually weakened the overall effect of his cast, particularly when compared with Leung, who carries the respective role in Lau’s film. The latter was a perfect fit for the role of the “benevolent” mole, both in terms of acting and physique, in contrast to DiCaprio, who falls short in both regards.

Probably due to this element, and the always-imposing presence of Nicholson, Scorsese had to focus much of his film on the character of the crime leader (Costello and Sam, respectively), a tactic that actually harmed the main subject, the pressure felt by the two “moles”. 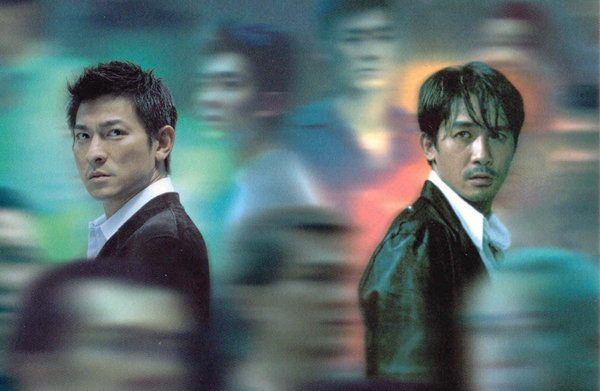 Both films have an underlying religious theme, mainly associated with the concept of guilt. “Infernal Affairs” starts and ends with a sutra verse: “The worst of the Eight Hells is called Continuous Hell. It has the meaning of Continuous Suffering. Thus the name.” The last sentence refers to the Chinese title of the film, “The Unceasing Path”, a reference to Avici, the lowest level of Hell in Buddhism, where one endures incessant suffering.

This phrase summarizes the general subject of the movie, and functions as a warning of the karmic destinies of the characters, who live in crime, lies, deceit, fear, hatred, and almost constant violence. In that fashion, it leaves the spectator wondering how much worse their lives will be in the afterlife.

Scorsese also uses religion as a theme, and that is the reason he set his film in Boston, in order to associate his Irish-American characters with Catholicism. In that fashion, he explains a part of their characters, particularly Costigan, Sullivan, Costello, Dignam, and Queenan, who may have detached themselves from the church, but still feel the sense of guilt for breaking its laws.

However, this notion is presented in an obvious fashion, thus stripping the film of another deeper level, which, eventually, is buried under the rest of the aspects of the film.

Scorsese, on the other hand, had to conclude the story in “The Departed”, and in that fashion, he succumbed to what the audience usually wants to see: the evil punished and the good avenged. Furthermore, the fact a rat passes along the balcony after Dignam kills Sullivan, is one of the most obvious and ill-presented symbolic moments in the whole of Scorsese’s filmography.

Sound and music play a very important role in “Infernal Affairs”. Its use may be obvious, since sad music plays when major characters die, along with a brief sequence of their lives, and fast and suspenseful music during the action scenes. Despite its simplicity, it manages to communicate the message the director wanted to give to each scene, respectively mournful and agonizing.

Furthermore, the fact that the same track that initially plays when Chan sells Lau the stereo, which is repeated during the film, keeps the focus on Chan in another simple but elaborate technique. Kwong Wing Chan’s soundtrack, in general, is captivating as it lingers between the subtle and the emotional, a trait achieved with the use of different instruments that result in songs from different genres.

Evidently, “The Departed” features a great soundtrack, featuring classics by Roger Waters, The Beach Boys, and The Rolling Stones, and contemporary songs by the Dropkick Murphys, among others. However, I felt that the use of music is too obvious, with one example being the song “I’m Shipping Up to Boston” in a film that takes place in Boston.

On the other hand, Scorsese’s use of silence is quite emphatic, as in the scene where Sullivan and Costigan confront each other over cell phones.

“Infernal Affairs” is a definite Hong Kong action cop film, particularly in the way it is edited. Curran and Danny Pang use fast, constant, and dynamic editing and montages with many zooms, close ups, and some minor special effects for the transition scenes.

Strong examples of these traits are the scenes where the key characters are introduced, where a combination of freeze frames and a desaturation filter are implemented. Fast cuts and multi-angles give a constant sense of speed to the film, in a truly kinetic pace.

Thelma Schoonmaker’s editing in “The Departed” is more stable and grounded, and thus the pace much slower, which explains its duration (50 minutes longer than the original). This technique gave Scorsese the chance to focus more intently on his characters, but derived from its general aesthetics, since the movie occasionally moves too slowly. Furthermore, Schoonmaker did not use editing effects almost at all, a tactic that occasionally faults the film, particularly in the action scenes. 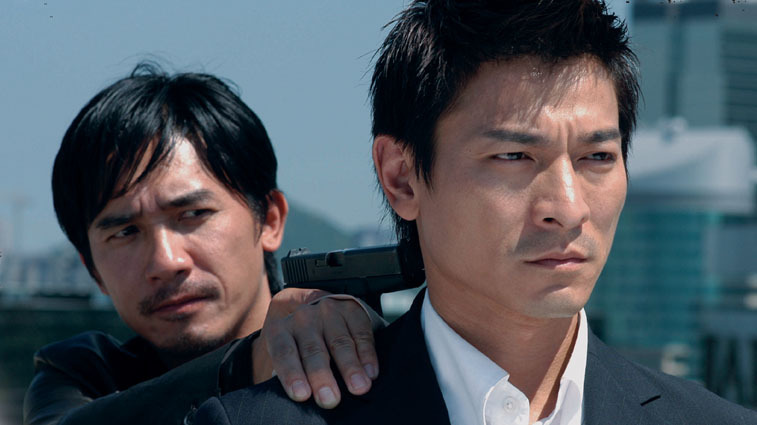 Scorsese may have changed some elements of the script, but the key scenes remained, which are actually the backbone of both films. However, while Lau used a subtler and more artistic approach, Scorsese used an in-your-face approach, so usually associated with Hollywood cinema.

Let’s take, for example, the rooftop scene. Lau Kin Ming arrives on the rooftop, and is perplexed when he does not see Chen Wing Yang. However, Chen sneaks up on him, puts cuffs on him, and the two men have a cool conversation, despite the danger that seems to emit from every frame of the scene.

In “The Departed”, while the same premises exist, Scorsese makes the scene more vocal, with lots of cursing and yelling, and is much more violent and bloody, as Sullivan ends up bleeding. In that fashion, there is no subtlety and no atmosphere, since Scorsese had to make the scene as obvious as possible, in order for the audience to realize the psychological statuses of both the protagonists, and for the scene to have more appeal.

The same applies to the sequence where Chen/Costigan dies. In the Hong Kong film, Leung backs into an elevator and then a gunshot is heard. For a moment, nobody knows what has happened, but soon the motif of death appears, with the characters’ most memorable scenes, along with some black-and-white shots of him dying, with a clear bullet hole in his head. Again, the subtlety and the artistry make this scene very atmospheric and quite shocking.

In “The Departed”, DiCaprio takes a step toward the elevator to get out and then suddenly, his brains are splattered on the wall. This quite abrupt technique will probably make the audience jump from the shock, but still, it lacks atmosphere, since the events are “handed on a plate.”

Please do not get me wrong, I think both films are masterpieces, and Scorsese’s is definitely better in terms of cinematography, particularly because his movie is based on this factor and his direction to achieve its goals.

However, the overall outcome evidently leans toward the Hong Kong film, for the aforementioned reasons and because the general atmosphere is more evocative, and the impression the film leaves after the end is stronger. The fact that “Infernal Affairs” is a trilogy, though, definitely helps the original.

Lastly, I have to admit that I prefer Asian cinema over Hollywood cinema, and I strongly believe that it is much easier to shoot a remake than an original. These factors may have played a part in my opinion of the two films, particularly in terms of aesthetics.