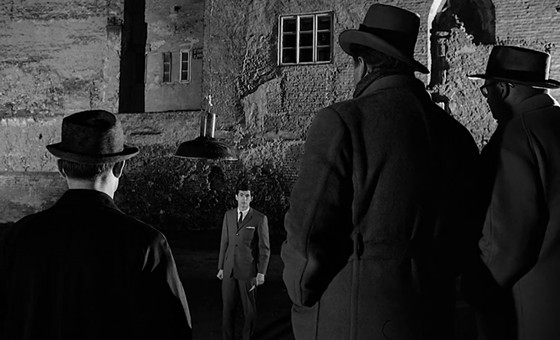 Another interesting aspect to mention is the film’s structure, not in terms of plot, but in terms of the film’s intricate structure which is able to contain comedy within a highly suffocating drama. This is one of the aspects that is seen throughout Orson Welles films even those that were savagely cut by the studios – the clever use of comedy within drama (some of the director’s films lost more than thirty or more minutes of footage which only increases the curiosity as to how they may have looked like if completed).

So, in “The Trial” there are several elements which are effectively played by the director in order to either ease the mood or to introduce information while doing it. Nevertheless, these elements can also be seen as hints of Welles own and unique eccentric personality.

Two of the most important and noteworthy ‘comic’ aspects are: the character of Bloch and the failed eroticism around Josef K.

Bloch, lovely played by Armenian actor Akim Tamiroff, is a man that lives in the Advocate’s house because he keeps waiting for the advocate to give him more answers and information about his own case.

Bloch is clearly a character who eases the mood, mainly because he is as paranoid as he is conformed with the idea of having to endlessly wait to get more answers from the advocate. The way the adores and worships the advocate as much of satirical, dramatic and surreal as it as of comedy – in this particular case character comedy.

Akim Tamiroff was actually an actor whose characters throughout his career had always amidst dramatic contexts a kind of comedic presence. Other examples include – the character of Farid in Billy Wilder’s “Five Graves to Cairo” or Joe Gandi in Orson Welles’ “Touch of Evil”.

About the second element, eroticism. In, “The Trial”, the women that surround Josef K are either like automates or as strange and quirky as Romy Schneider’s character, Leni. And through these ‘dirty’ eroticism that comes from these women the director increases the nightmarish mood of the film, as well as, the sarcasm that leads to a temporary lightness of the mood.

The words of Edward Guthmann from the San Francisco Chronicle explain this in a way:

The whole homosexuality thing– using Perkins that way — was incredible for that time (…) It was intentional on Orson’s part: He had these three gorgeous women (Jeanne Moreau, Romy Schneider, Elsa Martinelli) trying to seduce this guy, who was completely repressed and incapable of responding.” Which provides another element for this endless nightmare, women who make demand something/a response Joseph K is uninterested and unable to give them – since all the time the man has been hunted down by detectives.

4. For its visual accomplishments 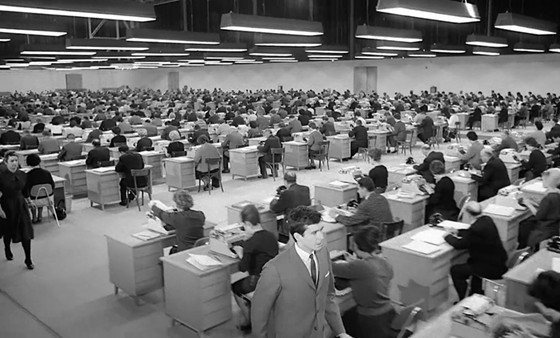 Naturally, there is much to be said about Welles use of space, camera angles and its position and particularly in this film the use of candles. However, as noted by Welles that such extensive use of candles was entirely accidental – since only a division of the advocate’s house was supposed to have had candles – he also notes about “The Trial” and all of his films that the originality and boldness of camera angles and viewpoints is entirely something normal because he films the way he sees it. But this statement unveils yet another characteristic of the director’s work – the approximation of the camera to the human eye.

It’s not a new concept since it had been developed by the soviet montage and its directors, but in fact, Orson Welles is truly one of the few classic film directors that deserve a credit for the spreading of this concept. Of course, it started with the ill-fated “Citizen Kane” in 1941, but throughout the director’s career his achievements in cinematography are notorious.

As he puts it he didn’t invent anything, he just filmed the way he saw it. So, all there is to it is not writing about it but instead observe it.

5. Because the film works as a reflection of the ‘modern’ world 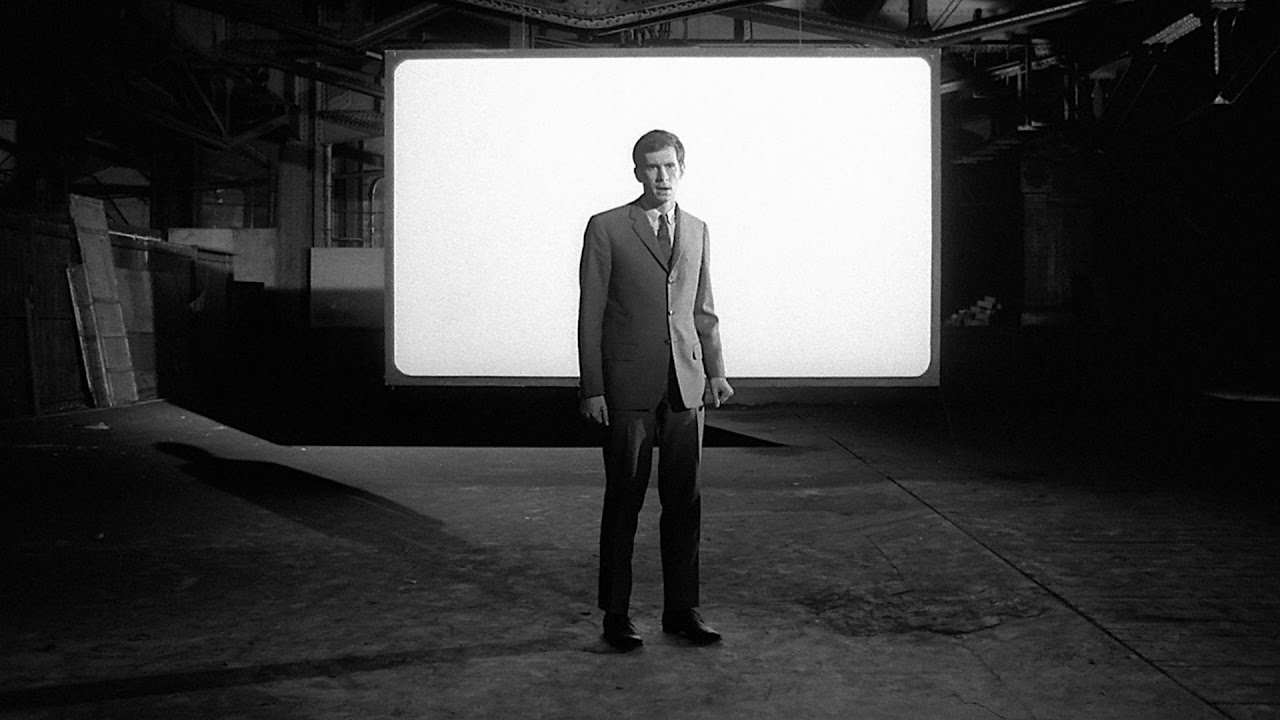 One of the major elements that made people hate Orson Welles’ adaptation of “The Trial” was that besides the difference in style – Kafka having a punctuated and precise style while the director has a more vivid and detailed portrait to offer – was the ending of Josef K. Spoiler alert. While in the novel k’s fate is sealed at the hands of his executioners, in the film, he maintains a will and perseverance of knowing what his being accused of and to be treated as a member of society, in other words, fairly.

Nevertheless, what both offer is a rather depressive vision of the modern world – this industrialized new world we live in. And to that extent, both Kafka’s and Welles’ portraits of it are quite timeless.

Like Josef K. in this modern world half the meaning and half the information is concealed from us, all falls into the bureaucratic machine which is really somewhat as autocratic as the system George Orwell described in “1984”.

People move around as ghosts in the streets, which often capture the hollowness of society. People type in their machines all day, live in small comparted rooms by night just like automates in a depressive monotonous world. This echoes many features of modern day society, the automatization brought by capitalism but also the paranoia of the cold war era that can still be felt today due to the present conflicts and the rise of terrorism in the world.

It’s not a coincidence that in many moments of the film Orson Welles deliberately films in locations near ruins or in old decadent buildings. They serve not as symbols but as odes to the past which is somewhat a recurring theme in Welles’ filmography – nostalgia for the past.