The Act of Killing was released in 2013, gaining spotlight and awards in the festival scenes as well as joining the Oscar battle, receiving high praise from critics on top of being taken under its wing by documentary Godfathers Warner Herzog and Errol Morris who signed on as producers. The reason for this is that it is definitely not your conventional documentary, neither in regards to the theme, or the way the information was presented.

Director and writer Joshua Oppenheimer along with co-director Christine Cynn set out to bring forth the events that happened in Indonesia in 1965 after the military had overthrown the government leading to brutal persecution that caused the deaths of millions.

At the centre of it all was Anwar Congo and his group of friends- all at the time quite unimportant gangsters whose worst crime was selling cinema tickets on the black market. But with the change of power their own power grew to astonishing heights as they were promoted to the status of the most violent and merciless men in town. Forming a squad of their own, Anwar and his friends went on a brutal killing spree, helping the military get rid of anybody who posed a threat to their power, including ethnic Chinese and most importantly communists.

Being leaders of the persecution didn’t stop them from doing the dirty work themselves, as Anwar notably, with his own two hands, mercilessly killed hundreds of people.

Nearly 50 years later, the mass murderers were joined by the two documentary makers who wanted to reveal the terrifying events that had come to pass and the faces behind them.

1. Not your typical ‘talking-heads’ doc 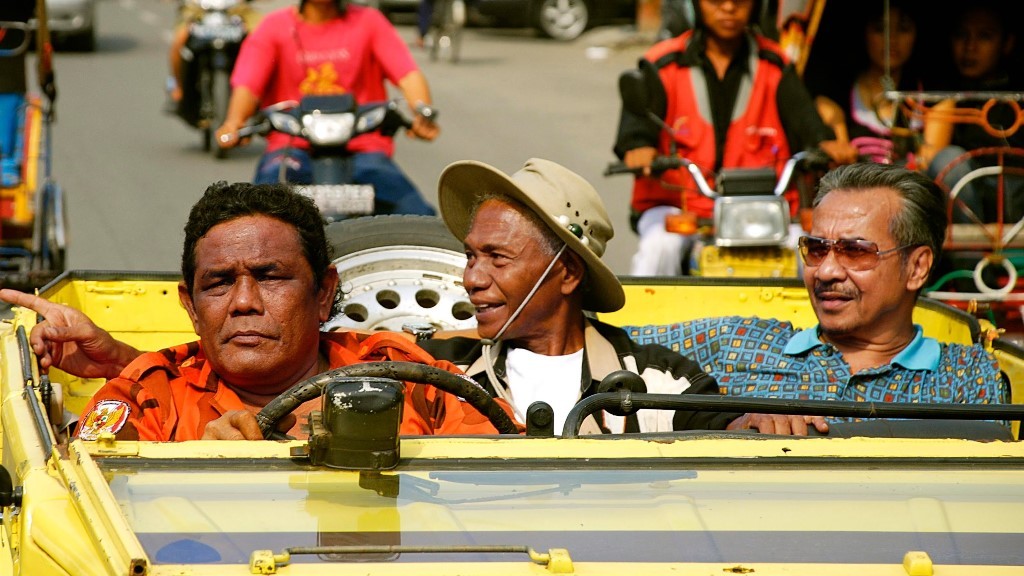 What draws attention to The Act of Killing is that Oppenheimer decides to take on quite an unusual point of view to look into, which is that of the killers themselves.

Commonly documentaries about events like this, whether they’re war documentaries or about any other tragic theme involving loss and death, choose to go with the point of view of the victims or the families of those that had suffered, whether that is due to them being more available or easier to interview. But commonly, these kind of eye-witness testimonials exploit the suffering of those affected by the incidents.

That is why Oppenheimer’s choice to not put focus on the victims’ stories, but rather on the story of Anwar and his associates – the killers – is what makes the documentary so powerful as well as unnerving from the information we are provided with by these not just eye-witnesses but active participants of the massacre.

What is more, Oppenheimer doesn’t make it a typical interview/talking heads documentary either, as he follows the ex-murderers while they are given the chance to play movie-makers as they are asked to stage and re-enact scenes from the persecution while Oppenheimer filmed and documented the events, which makes their descriptions and talk a lot more open and free, as they take command of the second camera. 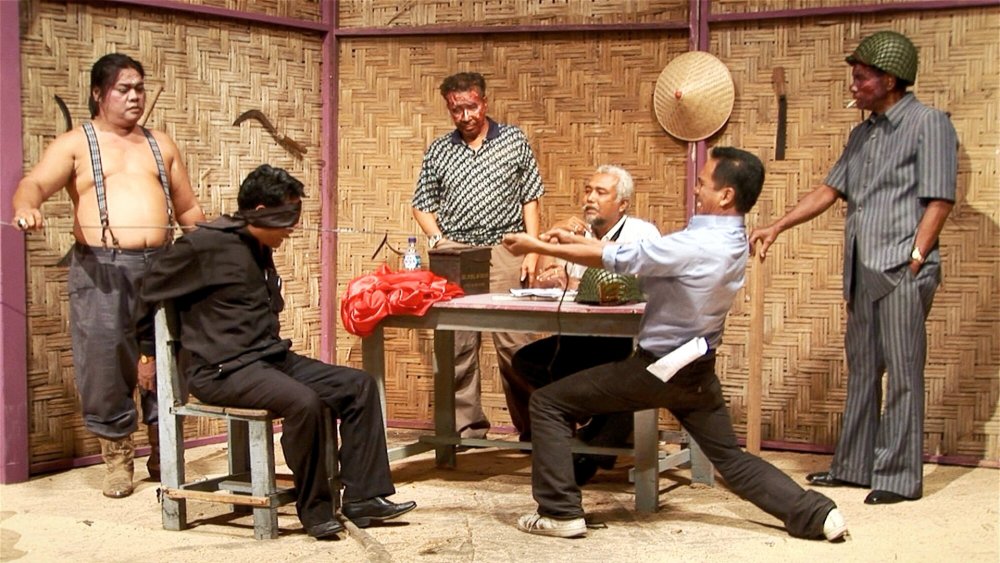 It is definitely terrifying to watch the killers of at least half a million innocent people directly talking about their actions with a reminiscing smile on their face. What is even more scary is that none of them show any signs of regret towards their violent pasts.

They are more than excited to participate in the creation of the scenes with actors and are happy to go into detail to make sure the scenes are a close reflection of reality, as they direct and tell their stories with a sense of pride.

In fact, after watching the final movie that was made, the only thing Anwar was evidently unhappy about in regards to the portrayal of his character was the choice of clothing – showing that the general impression Oppenheimer created of Anwar, as being violent, unjust and evidently a villain, aligned perfectly well with Anwar’s own perception – a perception that he was proud of, since he called in his grandchildren to witness his character performing the terrible acts.

3. No need for blood and gore 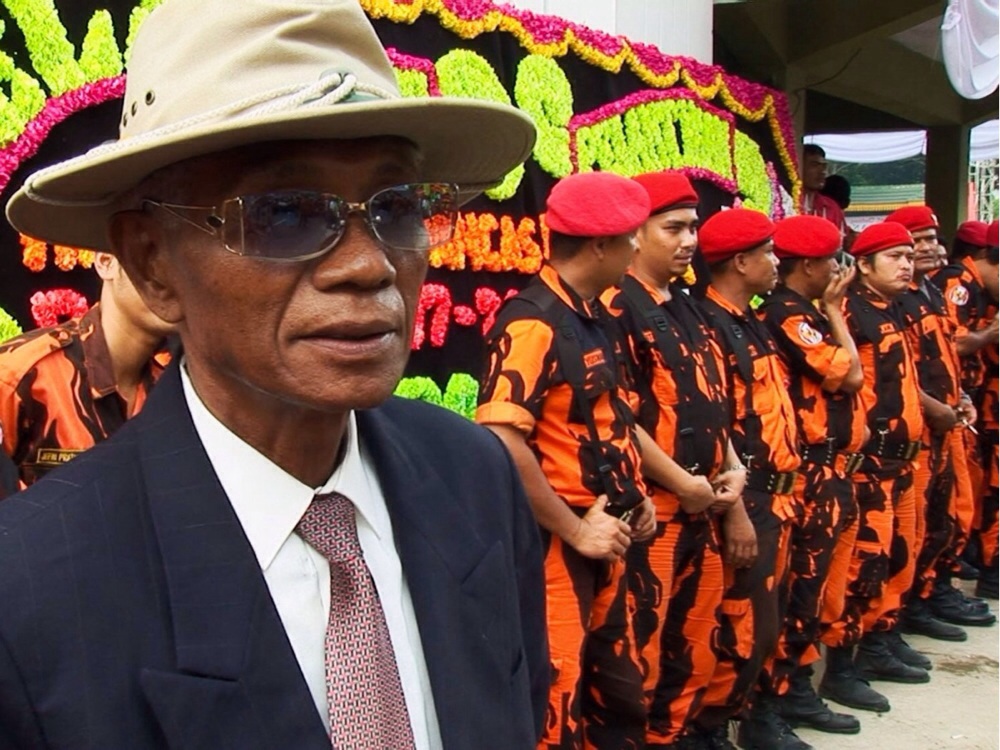 In one of the most disturbing scenes of the documentary, Anwar takes the crew to a location where many of the murders happened, and with a boasting smile picks up a wire to demonstrate to the crew the details of his killings as he wraps the wire around one of his companion’s neck, later explaining how the whole area was soaking in blood.

And although we never see a single real or staged murder or witness a single drop of blood, the effect that such casual descriptions of these gruesome events has on you is terrifying. As you watch Anwar so nonchalantly speak about the crimes, and even demonstrate his actions, it doesn’t take a lot of imagination to envision the killings and the blood, which sends shivers down one’s spine.

Despite the regular audience being quite desensitised to violence due to the large exposure to it both in on screen and online, after seeing so much real footage from wars and massacres on the news or in documentaries, it is incredible that these images that contain no actual murders or blood still create the same, if not a more intense effect on us, making The Act of Killing

4. Dangerous position of the director 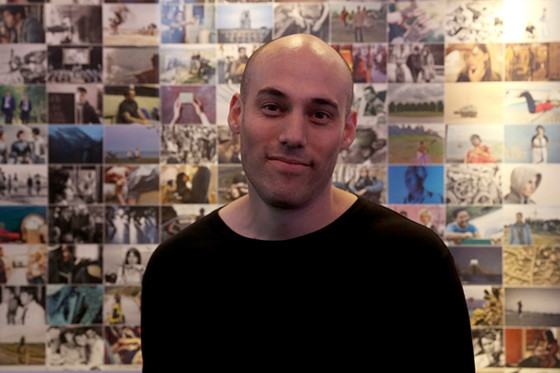 Oppenheimer’s whole idea of the documentary revolves around the deadly squad of Anwar and his friends making a movie about the events of 1965-66 which they are extremely enthusiastic about, considering their love for cinema, particularly Hollywood, some of whose big action movies, they admit, are in fact what inspired some of their killing tactics.

This makes the documentary extremely thrilling and gripping as it is worrying to see how far Oppenheimer will push the gang in their reconstruction of the events and their confrontation with the past through the powerful form of cinema.

After finishing filming of the ‘re-enactment’ scenes within the documentary, and during the screening of it to Anwar in his home, it is both incredible and alarming to see the transformation of the confident and non-regretting man as the reality of his actions bring him to physical sickness.

But even with some sign of regret, there was nothing extremely significant to show the repent from any of the men. When Oppenheimer brought the brutal reality of the events to the world, after the huge success of the documentary at the Torronto International Film Festival, Anwar spoke up saying that he had been tricked into thinking he was starring in a fictitious film, and that the agreement was that the footage wasn’t going to be shows to the public at all – but unfortunately the reason for this outrage wasn’t regret or resentment for his terrible behaviour, but simply the fact that Oppenheimer was making financial success from the doc, and they weren’t getting a bit of the share.

5. Disequilibrium in the plot-line

It is always easier, if only slightly, to accept such events as death and murders when you know that the villains have been punished for their evil deeds; that is, for the disequilibrium in the plot to gratifyingly come to an equilibrium towards the end. But what is infuriating, shocking and at the same time chilling in The Act of Killing, is that it is evident from the very beginning that the killers remain not only unpunished, but still hold incredible power.

“It’s about how a traumatic past remains alive in the present and continues to traumatize society and therefore enable corruption and a regime of fear,” Oppenheimer said during an interview for the Wallstreet Journal.

And their power can definitely be seen through through the interaction of Anwar and his friends with the other citizens; when Anwar goes around directing the camera as he tries to create scenes from the past, he approaches people on the street or mothers and children in their homes, asking them to participate in his movie. T

hey agree with huge smiles plastered on their faces – but behind the smiles you can sense their fear and a sense of obligation to obey their orders, despite the fact that participating in something like this, making them relive the pain, would stir up the fear from the past, either because they themselves were present during the persecution or their parents/grandparents had suffered.

For us as an audience to see these men, these mass-murderers, walking around freely, and unpunished – not even by their own conscience, adds to the terror of the situation.

Although there is a sign of guilt from Anwar that occurs at the end, seen through the outbreak of emotions as he watches the finished movie about himself, one is to remain sceptical about his ‘awakening’ considering his unforgettable smile and attitude during his description of the past, which leaves the audience with no satisfaction in terms of hope or and definitely not a happy ending.