It may be strange to think of now, but there was a time when M. Night Shyamalan was at the top of the world.

Even in the exceptionally strong year for movies that was 1999, which saw the release of masterpiece after masterpiece, from “Fight Club” to “The Matrix,” Shyamalan made the biggest cinematic phenomenon of the year: “The Sixth Sense.” The movie was an absolute smash hit that far exceeded everyone’s expectations, both critically and commercially.

The iconic twist ending shocked the unsuspecting audiences of the time and made it popular, but it was Shyamalan’s sensitive writing of the characters and the actors’ absolute commitment to the material that elevated the film from its B-movie roots, leading it all the way to Oscar glory. That was an absolute rarity for genre movies and proved definitively that this was a talent to be reckoned with.

Suddenly this young indie director, with only two movies to his name, was being hailed as the heir to Steven Spielberg and, just like that, Shyamalan was lifted to the elite pantheon of the great modern American directors.

It was a lot to live up to and, for awhile, it seemed the promise shown in that movie would be confirmed: “Unbreakable” and “Signs,” though not nearly at the same success level of “The Sixth Sense,” were both received with a certain level of acclaim.

But from then on, Shyamalan’s career became an ever-descending snowball of failure. Each new project gathered an impressive amount of hate, not only from former fans and casual filmgoers, but from professional critics as well.

So what happened? Was Shyamalan cursed by an ancient spell that made him progressively lose all his talent? What could explain this almost unprecedented shift in the public perspective of a filmmaker?

There are a lot of answers to that question, and none of them are necessarily simple. The most generally agreed upon is that, after finding such massive success so soon, the director became arrogant and allowed his ambition to expand over his own abilities. And while there’s certainly some truth to that, there’s also an argument to be made that Shyamalan’s reputation as a hack is ridiculously exaggerated, and that his talent never went away.

With that in mind, there are reasons that explain both his fall from grace and why he’s actually a misunderstood director.

1. People Created Unreasonable Expectations Regarding Him

It would be terribly hypocritical and ungrateful to complain about reaching success at a young age, when millions of artists struggle everyday to find just an ounce of recognition. And the recognition Shyamalan got for “The Sixth Sense” was undoubtedly great, launching his career virtually from night to day. But that doesn’t mean such early adoration didn’t have its downsides.

In the aftermath of that movie, Shyamalan had a lot to prove. Many filmmakers find themselves in that position at some point; following a masterpiece is never an easy task, and it can mean everything to your reputation and future success in the industry.

Some people exceed at it: Steven Spielberg, Paul Thomas Anderson and Quentin Tarantino are all examples of directors who managed to overcome that pressure. But there are many more that get maligned over the audience’s unreasonable expectations of them and, unfortunately, Shyamalan falls into the second category.

Many consider his follow up to “The Sixth Sense,” “Unbreakable,” an actually superior and more well-realized movie. But perhaps because it has a different tone and genre than “Sense,” or just because superheroes weren’t the powerhouse they are today, that the movie failed to get as much attention. That’s where the expectations can hurt a director: not only does the public expect every movie you make to be a masterpiece, they also want a very similar movie to the one they liked you for in the first place (which would explain why he feels the obligation to keep coming up with twists).

So, although it gave him all the success a filmmaker could wish for, “The Sixth Sense” also became a sort of ghost that still haunts his career, where every new movie is compared to that one, being shunned for not being “as good” or as similar.

One of the most common complaints about the current state of Hollywood is its aggressive lack of original ideas. Every day a new franchise seems to be spun from the most unbelievable places, whether it’s from toys or board games, not to mention the seemingly endless remakes of already perfect movies. It’s almost as if producers are actually scared of an original thought being pitched to them, so they cling to absolutely anything that might have a recognisable brand name.

It’s a fair complaint that bothers a lot of film fans. So it’s a shame that these same cinephiles who dislike the trend of unoriginality also ignore and malign the few actual original directors around, one of them being Shyamalan.

With the notable exception of “The Last Airbender,” all of Shyamalan’s movies are original stories. ‘Original’ meaning anything that isn’t based on a pre-existing property, be it a novel, show or video game. That in itself is already not very common these days and deserves praise. But something even more rare is a movie that fits the other definition of “original,” which is something actually new and fresh, different and distinct, and that’s what Shyamalan does.

From “Unbreakable” to “Split,” he has shown several times the ability to take something potentially formulaic and overdone and transform it into something mythical and unique, exploring the mythology of the world and the conventions of the genre in a new and interesting way (another example being “The Visit,” a haunted house movie like no other).

Shyamalan is one of the few filmmakers who willingly tells original stories, and for that alone he deserves a lot more respect than he gets.

3. He is a Technical Master 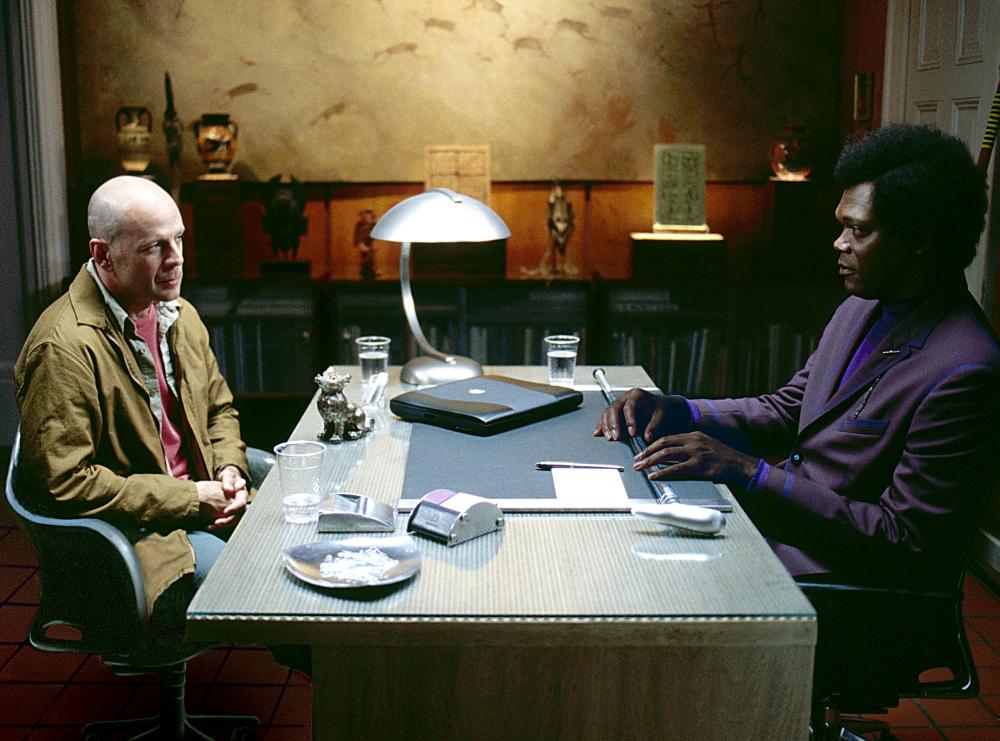 Most viewers rarely pay attention to the technical aspects of a movie, but that doesn’t mean they don’t feel it. Even if they can’t put it into words, a casual filmgoer will know something is off if they see a poorly edited movie, or one with shady cinematography, and those aren’t complaints that can be directed at Shyamalan.

Many people often criticize the acting or certain plot elements in his movies, which is fair, but they also ignore the craft excellence shown in his work. Shyamalan often works with masters of their field, like Roger Deakins in “The Village” and Christopher Doyle in “Lady in the Water,” both master cinematographers who created a splendorous visual feast for those movies. The fact that such highly respected figures were willing to work with him already demonstrates how in tune he is with the sensibilities of the cinematic greats.

But even aside from that, anyone who has ever seen an interview of his knows how passionate he is about his work and its process, and that truly bleeds onto the screen. Shyamalan is a filmmaker who cares; he labors over every aspect of filmmaking and his dedication almost always produces outstanding results from a technical perspective.

Take, for instance, the brilliant camera work in the train scene from “Unbreakable,” or the careful building of suspense in the third act of “Signs,” which is created through pacing and editing. These are clear examples of a director that thinks deeply about every element and works hard to achieve his vision.

There are a lot of legitimate criticisms to be made of the films of Shyamalan, but it’s also important to recognise his undeniable technical mastery.

4. Preconceived Notions About His Movies are Created

This is not a exclusivity of Shyamalan and is, in fact, quite a common trend among film aficionados; when directors achieve a certain level of notoriety, people start creating boxes around their creativity and begin expecting something that fits their pre-established brand, be it a particular visual style or a consistence of theme. That can be a good thing, because it helps to create a strong fanbase that appreciates said style (as in the case of Wes Anderson, for instance), but it can also be a curse, as in the case of Shyamalan.

The most notorious instance of this was “The Village.” The trailers sold something more similar, in tone, to Shyamalan’s previous movies, also teasing a crazy monster movie that simply didn’t exist. So when audiences saw what was a fairly slow romance with supernatural thriller undertones, they were not happy. Much of the backlash the film received in its release was, unquestionably, due to that, which is not a flaw in the movie itself, but in people’s perception of what it should have been. It’s no wonder “The Village” has since received a critical reevaluation, even from the very people who hated it at the time.

But even aside from these marketing tricks, the preconceived notions hurt Shyamalan in another more insidious way. There seems to be a sort of culture of hate around him and his work. It has become popular, funny, a cool tradition to say bad things about his movies. This is not a widespread problem, but there are a lot of viewers who already enter his movies almost wishing to hate it, refusing to give it a chance.

5. The Exacerbation of the Flaws 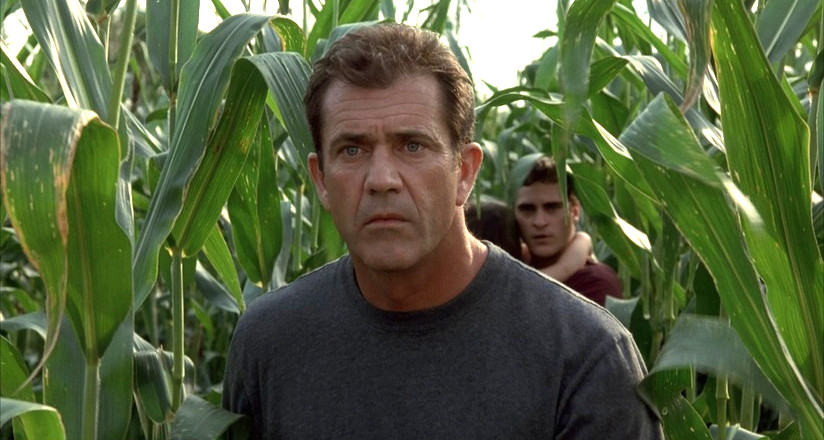 This is a direct consequence of the last item and is also, perhaps, the biggest reason why Shyamalan’s movies are so maligned.

Since there is now a trend in the film discourse to hate everything he touches, several viewers and even some professional critics have developed a terrible tendency of focusing too much on a specific flaw of his movies and disregarding everything else. The movie that exemplifies this the best is “Signs.”

The ending is now notorious and infamous. To recap: in the climax, the main characters finally face the aliens that have quietly been haunting them through the whole movie. That’s when the humans find out the aliens’ secret weakness: water. So, the aliens decided to invade the planet composed of 90 percent of the element that can destroy them.

That is undoubtedly stupid. But that doesn’t mean the rest of the movie is terrible. It is, in fact, an extremely well-accomplished film, with human, three-dimensional characters, and was directed with the already mentioned excellent craft of Shyamalan. And yet, “Signs” is now mostly remembered for the ending and is mocked for it.

That is, to say the least, extremely unfair and it’s not an isolated case, as the same could be said for a lot of his other movies.

Criticizing bad things about a movie is absolutely justified and important, but when a critic allows the few flaws to overweight the many good qualities, the whole point of criticism is lost, and it just becomes a mean-spirited witch hunt.