Now in its 36th year, the 2017 edition of the Vancouver International Film Festival (September 28th – October 13th, 2017) just may be the brightest, most eclectic and engaging cinematic celebration yet. Among the five largest film festivals in North America with screenings from 70 countries, VIFF promises to have something intriguing and exciting for everyone from genre fans to arthouse enthusiasts, animation maniacs, short film aficionada, documentary lovers, and more.

Yes, the lengthy queue for screenings can be intimidating, at least from the periphery, and with such diverse offerings to choose from, knowing what to prioritize can be a chore all its own. So please, once again, allow Taste of Cinema to suggest our 25 top selections for can’t miss cinema at VIFF 2017. Let’s do this! 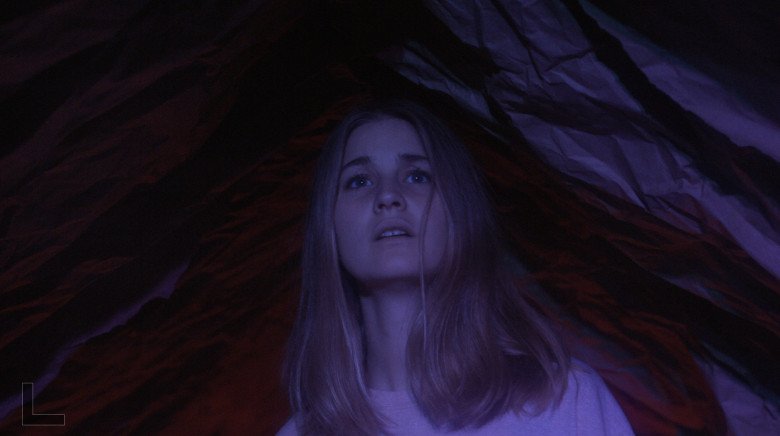 The second feature film from Nova Scotia-based filmmaker Seth A. Smith (2012’s Lowlife) promises trippy genre trappings in The Crescent, a “Maritime Gothic” of surrealist upset. Beset by otherworldly apparitions, a grieving mother (Danika Vandersteen) and her two-year-old toddler (Woodrow Graves) hope to find healing and spiritual rejuvenation in their remote beach house, but no, that really in the cards considering the mysterious sea-borne entity that looms heavily upon them.

Described as an “elevated horror that blends formalist, fictional drama with documentary-like moments of realism — think cult classics like Rosemary’s Baby, Don’t Look Now, and contemporary arthouse-thrillers like Under the Skin, and The Witch” as well as being dubbed “the trippiest Canadian genre film this side of Beyond the Black Rainbow.” We’re sold. 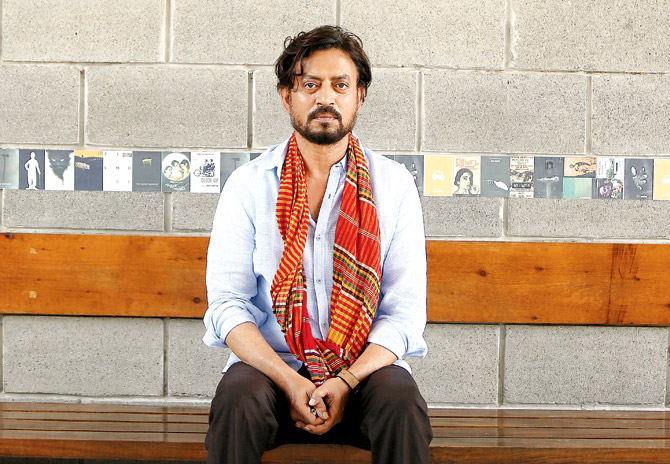 Starring the magnetic Bollywood superstar Irrfan Khan, this sobering tale of separation under the spotlight has already garnered great notices on the festival circuit that tells an age-old story of betrayal and regret in an existential light. Powerful, provocative stuff. 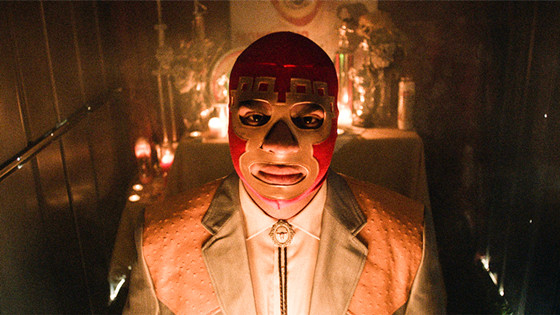 Toss some baby-selling, human trafficking, organ harvesting, prostitution, and other unsavory elements into the mix and you’ve a crime-addled tonic that’s sure to be bombastic, bracing, and bitchin’ in a way that the post-Tarantino cinematic thug life has proven to sometimes be. 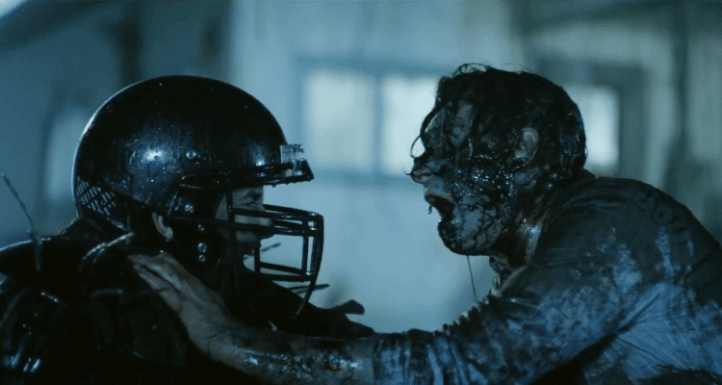 The set up sounds like a pure Sam Raimi scenario with an isolated cabin in the sticks, hungry hordes of flesh-eating zombies, and some DIY-armed able-bodies defending themselves with healthy splashes of slapstick splatter, and that’s fine by us! Peter Ricq’s Dead Shack looks to be the Canadian horror-comedy you’ve been waiting for––if your bluray collection features those Evil Dead films, as well as Re-Animator and Dead Alive, too.

Ricq’s fondness for practical effects and a synth-soaked score isn’t all that paints Dead Shack like something of a playful throwback to the funny fright flicks of yore (best known for his animated work on shows like Freaktown, and League of Super Evil or his career with the band HUMANS, who provide said score), this sinister and silly tale of teenagers in the woods squaring off against cannibalistic freaks has already slayed audiences at the Fantasia Film Festival, the London Fright Festival, and Sitges, so this one certainly looks to be a late night genre fan’s delight. Sweet!

21. Call Me by Your Name (Luca Guadagnino, USA/Italy/France)

This 1980s-set coming-of-age drama from director Luca Guadagnino (I Am Love, A Bigger Splash) and adapted by James Ivory from André Aciman’s acclaimed 2007 of the same name, looks unflinchingly at the romantic lives of two gay men, Elio (Timothée Chalamet) and Oliver (Armie Hammer).

Already being dubbed as this year’s Moonlight, buzz around this film has been sensational and the acclaim, universal. With such winning and wise subject matter, expert lensing from cinematographer Sayombhu Mukdeeprom (Uncle Boonmee Who Can Recall His Past Lives) and music by Sufjan Stevens, Call Me by Your Name is a sure to be one of VIFF’s most artistically satisfying and emotionally intense experiences. 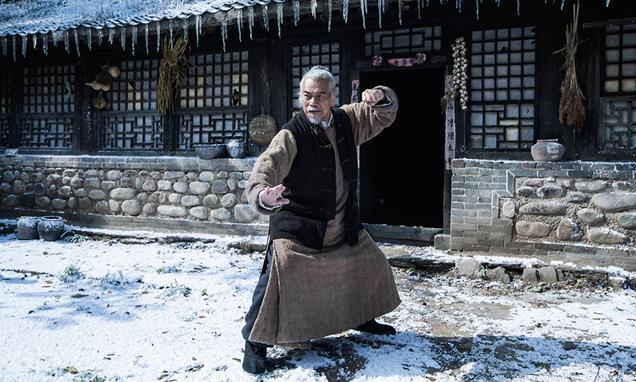 Art-action movie master from China, Xu Haofeng (The Final Master) brings the big-budget martial arts epics The Hidden Sword to VIFF and fist-pumping set pieces are sure to follow.

The follow-up film to their atmospheric, Lovecraftian horror film Spring (2014), The Endless finds directing/starring duo Aaron Moorhead and Justin Benson (who also wrote) in terrifying genre territory once more. Playing brothers who can’t seem to keep away from the “UFO death cult” they fled from a decade prior, particularly the group’s charismatic leader Hal (Tate Ellington), strange and supernatural shit is destined to meet the portentous fan.

Slowly amassing an impressive body of work (2012’s Resolution was bone-chilling, too), odds are great that Moorhead and Benson will have another horror hit on their hands with The Endless. If you’re brave enough, don’t miss it. 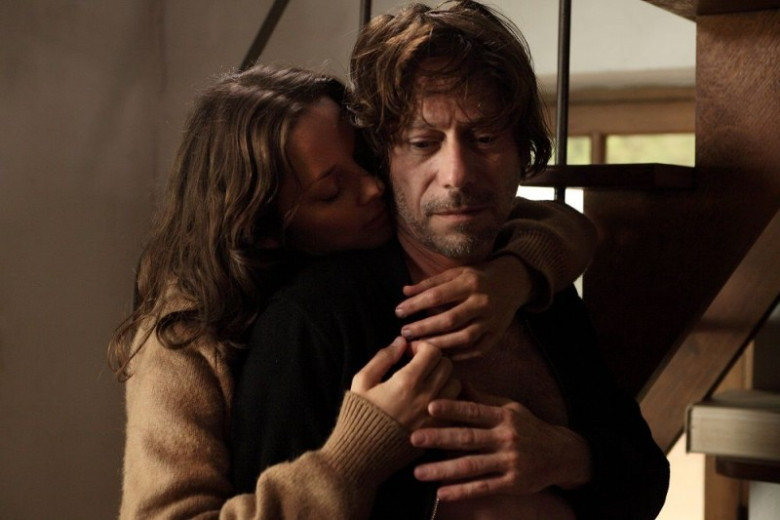 And while Ismael’s Ghost previously premiered early in the year at Cannes––to polarizing reactions––what’s being presented at VIFF this year is the longer director’s cut, not screened at Cannes, and may well be substantial enough to assuage those who were uncertain before.