Big budget spectacles are a dime a dozen these days. Bad guys don’t just want to pull a big heist or assassinate a politician, they want to destroy the world or take it over. Those stakes can be hard to take in huge doses, so sometimes it’s nice to scale back a bit and watch smaller movies.

One thing you’ll discover is that, with a great director and the right cast, the smallest movies can be breathlessly intense. Each movie on our list is just that: small-scale, relentless, and masterful.

At its center is the punk band Ain’t Rights made up of Pat (Anton Yelchin), Sam (Alia Shawkat), Reece (Joe Cole), and Tiger (Callum Turner). After a scheduled gig is cancelled, they quickly book another in a skinhead bar in the Oregon backwoods. Just after their show, they witness a murder in the green room, and the people responsible can’t let them escape alive.

The intensity of “Green Room” can’t be emphasized enough. It’s a fearlessly told grindhouse tribute with the kind of heart exploitation abhors. The characters are real people, even (sometimes especially) the Nazis. Macon Blair, the star of Saulnier’s breakout “Blue Ruin,” plays Gabe, a sensible Nazi underappreciated for what he contributes to the leader Darcy’s (Patrick Stewart) cause.

The band and everyone they come across is treated with unexpected warmth. But make no mistake: Saulnier’s empathy for these characters doesn’t mean he’s unwilling to make them suffer. Through a nerve-shredding 95 minutes, there’s plenty suffering to go around. 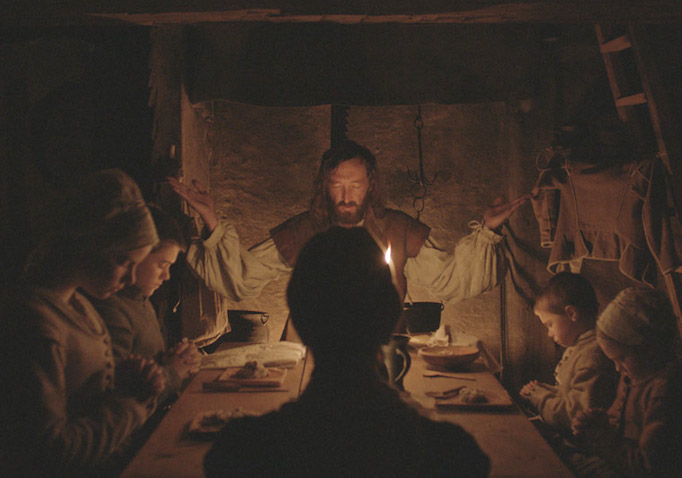 Making witches scary again is no easy feat. The green-skinned hag in the forest has no place in Robert Eggers’ masterpiece “The Witch.”

The setting is unique, the cast fantastic, and the story riveting. With dialogue taken from real period sources, Eggers constructs a wholly different view of America and the people who colonized it, but that’s just the surface. “The Witch” is a horror movie for the ages. It’s dripping with atmosphere and more timely than it looks on the surface. Eggers looks at the witch as far more than a movie monster: she’s a symbol of empowerment.

The criminally underappreciated sci-fi “Moon” features a fantastic performance from Sam Rockwell and a simple but twisty story worthy of the genre’s classics. At the end of his time manning the Sarang Station, a helium-3 mining station on the moon, Sam Bell (Sam Rockwell) preps to return to Earth.

Constant communication problems limit his contact with his pregnant wife, Tess (Dominique McElligott), back on his home planet. The base’s built-in AI assistant GERTY (Kevin Spacey) is his only companion. That is until he sees a teenage girl wandering around the base.

“Moon” is a masterclass in pacing. No quiet moment feels rushed, and no tense moment feels too short. From the quiet opening shots, Sam going through his routine, eating, exercising, talking to GERTY, to a truly shocking finale, there’s not a dull note in the movie. Rockwell carries the twist and turns effortlessly, and it’s nothing short of a beauty to watch.

Hungarian director Bela Tarr’s swan song “The Turin Horse” is tense in a different way. With two main characters who barely speak, and a few others who do nothing but speak, the movie operates on silence and a special kind of misery. Watching it is like letting a great existential weight wash over you. About the characters, viewers might ask “What is happening? And why?” and those are fair questions.

All we’re told is that, in 1889, Friedrich Nietzsche stepped off a train in Turin, Italy, and walked to the town square to see a cabman whipping his horse. In a fit of mania, Neitzsche stops the cabman and embraces the horse, not speaking another word until his death two days later. “The Turin Horse” follows that cabman, Ohlsdorfer (János Derzsi), and his unnamed daughter (Erika Bók). The next day, their only source of income, the horse, refuses to leave the barn.

The father and daughter have no choice but to stick to their routine and hope the horse comes to his senses. At two and a half hours and just 16 scenes, it can be a slog. But Tarr crafts it with conviction, always in pursuit of a larger message. It’s not for everyone, Tarr’s style can be tough to handle. For those willing to brave it, you’d be hard-pressed to find a more unique viewing experience. 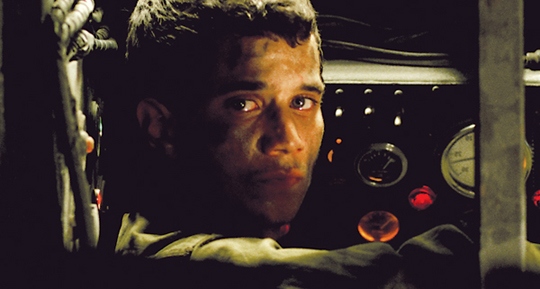 “Lebanon” belongs to a particularly exhausting class of movies: one room war movies. Like its closest comparion, Wolfgang Petersen’s submarine epic “Das Boot,” “Lebanon” follows a tank crew of four during the 1982 Lebanon War sent to an enemy controlled town, and it doesn’t take long for everything to fall apart.

While the movie ventures outside when it needs to, the dynamic between Shmulik (Yoav Donat), Assi (Itay Tiran), Hertzel (Oshri Cohen), and Yigal (Michael Moshonov) forms the heart of the movie. “Lebanon” is, without a doubt, the most suffocating movie on our list. Just two years ago, “Fury” reached for that kind of claustrophobia, but it couldn’t sustain it in the way this movie does.

For anyone who’s seen “Coherence,” it’s not technically correct to call it a single location movie, but that’s part of the fun. This Canadian mindbender has an off-putting naturalism to it. The set-up is deceptively normal, and the surreal parts enter quietly. Eight friends meet for a dinner party the night a comet passes overhead. Needless to say, the comet brings some strange effects with it.

In no time, inconspicuous items become omens, and people become different versions of themselves entirely. The cramped and well-furnished house this all happens in makes for an oppressive atmosphere when things go south. As the story draws inward, at one point threatening to collapse in on itself, it gets more claustrophobic and obscure. But, if you’re observant enough, you might just figure it out.