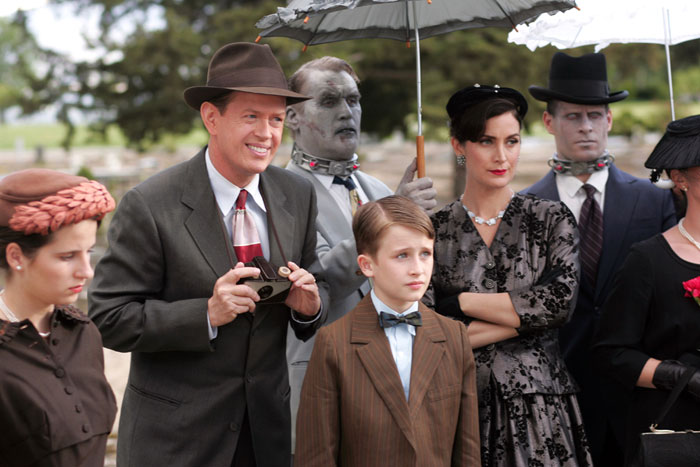 In a world where radiation from space brought the dead back to life and a zombie apocalypse happened in the 1950s–with humanity being the ultimate victors–zombies are used like consumer helpers and kept under control via remote-controlled collars with which they are fitted. A family buys a zombie for this reason and their son befriends it, calling him Fido.

As the boy and his zombie bond, their relationship is tested by the continuing prejudice against zombies and by the corporation ZomCom that regulates zombie-related activities, all while their community’s relationships with their zombie counterparts is detailed and the social boundaries between the living and dead are questioned.

Fido is possibly the best zombie spoof film ever made, often mixing the genre with the sensibilities of old 1950s sitcoms and domestic comedies.

While Shaun of the Dead expertly capitalized on the idea that a zombie apocalypse could be funny, Fido pushes that idea to the extreme by showing a world that has completely integrated zombies into its daily life, often to great satiric success. For the zombie fan who finds the concept inherently funny, Fido does its best to mine every possible joke as it can from its conceit. 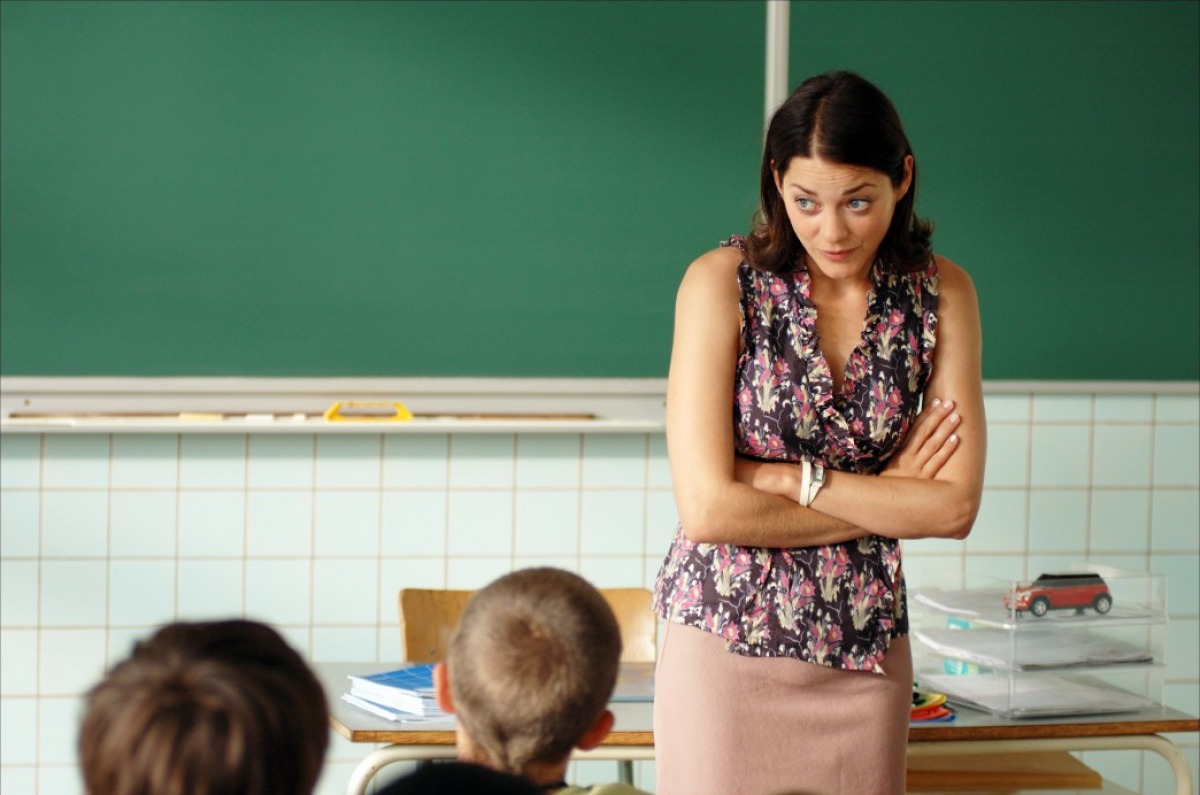 One could suggest that the best way to truly understand another culture is to see what its comedic sensibilities are: since comedy is often a revelation of a truth, and what a culture finds funny is a gauge to its own values, watching a comedy film from that country is a quick way to understand that country’s own way of thinking. With this in mind–particularly concerning countries that are often not well-known for their filmic output–Dikkenek, a Belgian production, is a humorous caricature of Brussels.

Following the efforts of bigmouth womanizer Jean-Claude as he tries to help his best friend, introvert Stef, find love, Dikkenek is a pun-filled, idiomatic comedy that details the underclass of Belgium and the types that are found throughout Brussels: macho men, clueless civil servants, immigrants, and spoiled youth.

It provides an incisive look at what Belgian comedic sensibilities are, and even more is a funny film in its own right. Perhaps not all of the puns or cultural types and references can be caught, but even as a basic brush-up with the Belgian culture, Dikkenek is an amusing primer and look at its culture. 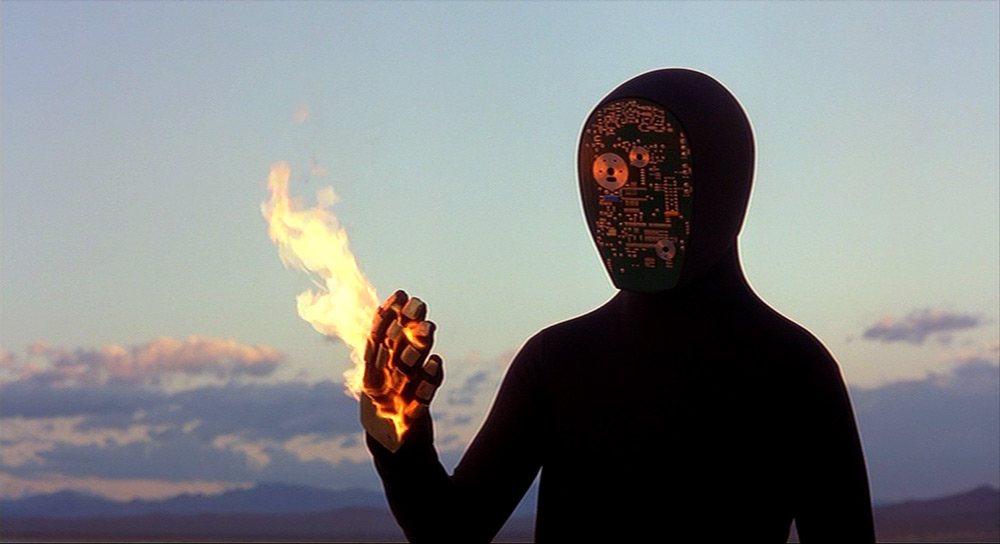 Daft Punk are no strangers to filmic representations of its stellar electronic music: from their well-loved music videos to the trippy animated fantasy Interstella 5555: The 5tory of the 5ecret 5tar 5ystem, this dance-pop act had been making inroads to creating work that can be enjoyed on both an aural and visual level.

With this in mind, the duo (Thomas Bangalter and Guy-Manuel de Homem-Christo) wrote, co-directed, and starred in Daft Punk’s Electroma, and the results are rather strange. As their familiar robot characters, the duo begin the film driving a 1974 Ferrari through a desert before entering a town populated by similar robotic humanoids like themselves. They then enter a lab where grotesque human faces are then applied to their helmets.

Upon returning outside, the robotic denizens of the town begin to chase them and their faces begin to melt in the sun. After ripping off these masks, the two robots begin to wander the desert, where they eventually run out of power and self-destruct.

It’s a strange, dialogue-free film featuring no original music by the band; instead, it comes across like a deranged sort of 70’s road movie, like Easy Rider made by mimes. For fans of throwback retro films and fans of the duo, Electroma is an interesting watch–but be prepared to find that it’s literally not what you would expect from Daft Punk. 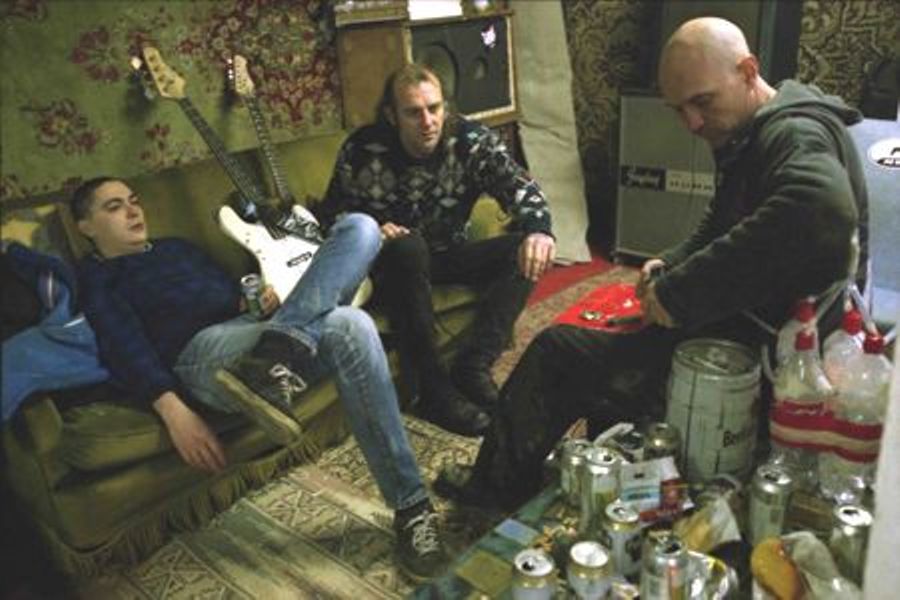 A bassist whose arm is paralyzed, a half-deaf guitarist, a speech-impaired singer and a rhythmless drummer form a band called The Feminists. As outré a premise as this is, the following debauchery in Ex Drummer lives up to its blackly comedic beginnings: this ragtag group of thirtysomething losers rehearse, fight, curse, and in general act like the terrible people they truly are.

But perhaps the greatest villain of the piece is the most ostensibly normal: the rhythmless drummer, a novelist who exploits the group’s various severe dysfunctions for material for his own work and continually urges them all on to follow their worst instincts.

It’s a gleefully nihilistic punk rock film and one that springs out of the unexpected Belgian film world: a brutal, angry, and viscerally unpleasant tableaux of the worst of people being enacted by the worst characters you could envision. Ex Drummer is not a movie for everybody but will satisfy those who enjoy extreme European cinema and have a taste for boundary-pushing films.

With a now-immortal population watching his dying moments, the last mortal man on Earth, Nemo Nobody (Jared Leto), recalls his life at 118 from the vantage point of three momentous events at ages 9, 15, and 34. But from these moments, the narration splits off into potential alternate outcomes and lives that he could have lived depending on different situations based on decisions he could have made.

As he grows closer to his last living moment, the narration upends itself in a spectacular fashion and leaves the viewer guessing what’s happened as the film comes to its conclusion.

Mr. Nobody was a mostly European-financed film and its unorthodox structure and plot belie its non-Hollywood production. A fascinating film that explores multiple timelines, the butterfly effect, and free will versus determinism, Mr. Nobody explores the long complex stretches of time and momentous events that comprise a life and ultimately how our lives turn out.

A dazzling film that portrays three or five lifetimes within one man’s life and a philosophical examination of how we try to make meaning out of our own lives through memories, regrets, and the possibilities of what could have been, Mr. Nobody is an underseen contemporary classic.

Author’s Bio: Mike Gray is a writer and academic from the Jersey Shore. His work has appeared on Cracked and Funny or Die, and he maintains a movie and TV blog at mikegraymikegray.wordpress.com.