Cult films–that is, films that weren’t initially popular or successful upon release but over time gain a devoted following–are usually a cinephile’s dream, mostly because there is some esoteric aspect of the movie (be it the unique cinematography, offbeat script, strange premise, or “so bad it’s good” quality) that intrigues the type of person heavily invested in the art of filmmaking.

The 2000s produced a fair number of cult films that have gained a large following via word-of-mouth (such as Tommy Wiseau’s masterpiece of bad filmmaking, The Room, or Richard Kelly’s spooky Donnie Darko), but there are a number of films that, while having gained some notoriety over the years, haven’t become as widely known as those now-famous cult films.

Whether because the premise is wildly over the top, its reference point is obscure, or the movie itself is just plain odd, the films on this list are ones for cinephiles and cult film fans to seek out–and even a few titles thrown in that film fans with families can enjoy together. For those who enjoy stranger fare, you can’t go wrong watching any of these underseen cult movies from the 2000s.

Set in a bizarre future Japan, mutated humans (known as “engineers”) can sprout weapons from parts of their body that are injured. A special squad in the Tokyo Police Force hunts down these dangerous engineers, including a young woman named Ruka, who has a special talent for taking these mutants down.

When she tracks down the creator of the engineers, a figure known only as Key Man, she is infected with the virus that creates these creatures. After she is injured, she also begins to sprout weapons and goes on a bloody rampage of revenge.

The film’s plot is really just ancillary to the main attraction of the film, which is the outrageous practical effects and gallons of gore that comes from the fight sequences, along with the truly bizarre “engineers” whose bodies sprout weapons. Videodrome looks like Sesame Street next to the perverse body horror that this film indulges in.

For cult film enthusiasts looking for a hyper-violent, weird film awash with blood, bio-weapons that sprout out of every injury, and every conceivable part of the body being violently torn asunder as blood sprays everywhere (if you’re into that kind of thing; it happens frequently throughout), look no further than Tokyo Gore Police. 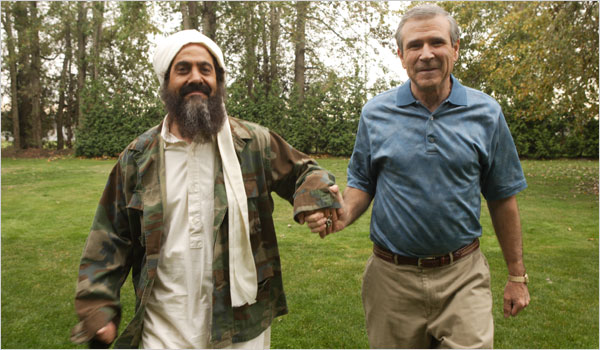 Uwe Boll is not known for making good movies: in fact, some of his films are considered some of the worst ever made. Whether they are purposely schlock or just a reflection of the director’s own ineptitude is up for debate; he either funds his own films from his personal fortune or else crowdfunds them.

Almost of his films are universally panned by critics upon release (at one point he offered to box any movie critic that would take him him up on the challenge: five did and were all soundly defeated by the half-mad director), but he still keeps making them.

To promote Postal, for example, he released a video in which he called himself “the only genius” in the movie business and that directors Michael Bay and Eli Roth were “retards.” As you can infer from this introduction, Boll is rather publicly crass and bombastic–just like his films.

And to be clear: Postal is not a good film, but it is a completely insane one and worth a watch for the sheer madness on display throughout. Starting with a group of 9/11 hijackers deciding at the last minute to abort their attack, only for a rush of passengers to inadvertently crash the plane into one of the Twin Towers, to the ending where George W. Bush and Osama Bin Laden are skipping hand-in-hand while the world if destroyed in a nuclear apocalypse, it’s a shocking tableau of taboo subject matter (pedophilia, 9/11, and religious terrorism among them) in a non-stop affront to common decency.

The film is an adaptation of a controversial video game of the same name, and while billed as a comedy much of its humor falls flat and is reminiscent of the type of “comedy” found in Friedberg-Seltzer parody films. But as an underseen cult film of ineptitude, B-movie schlock, and very poor decisions made at every turn by the filmmaker, it’s definitely worth a watch. 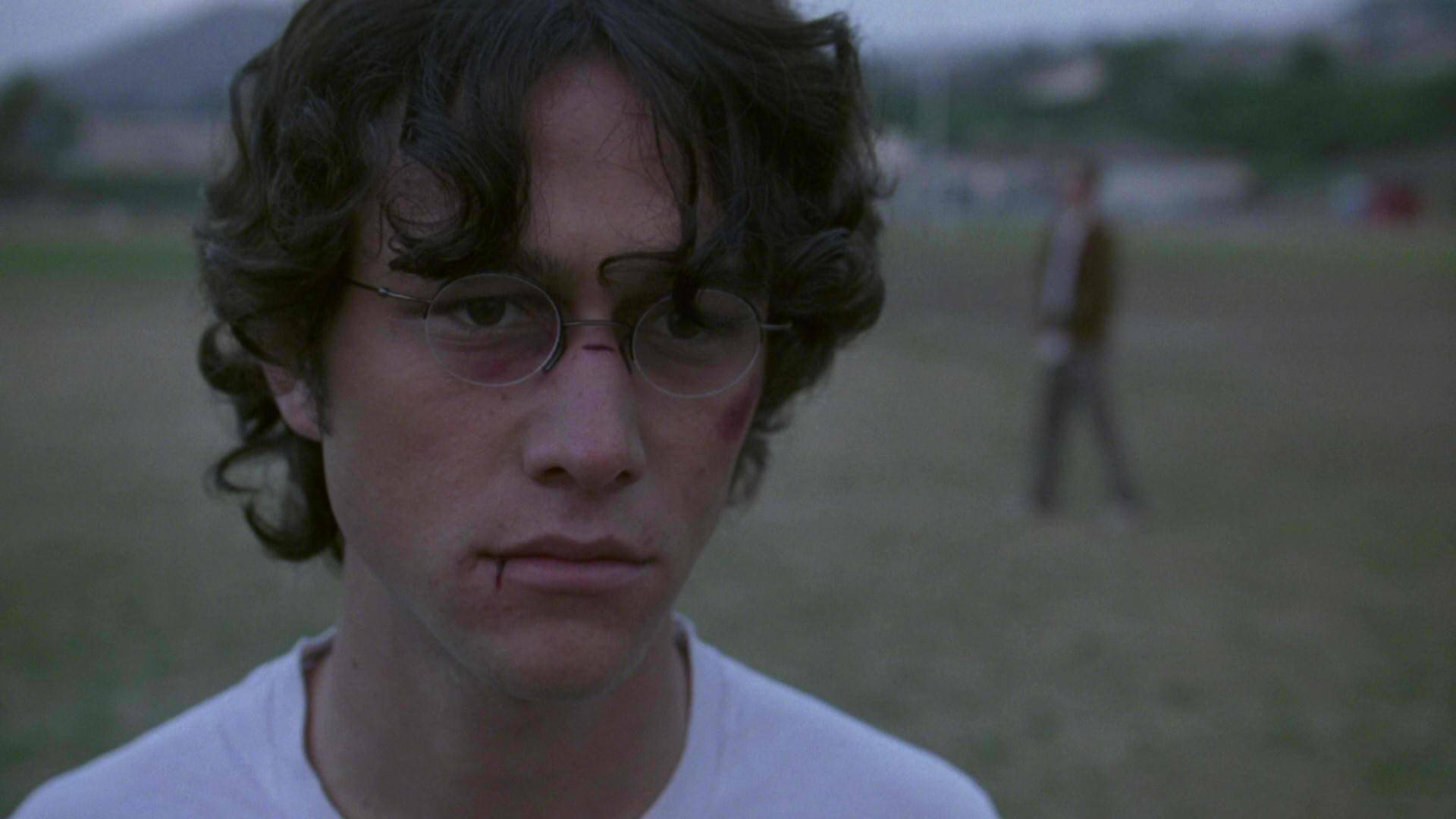 What if the argot used in Raymond Chandler novels became part of youth culture so that everyone under 18 spoke like a hard-boiled detective or gangster’s moll from noir films? This is the lexicon that the characters in Brick draw from–a group of teenagers in modern-day Southern California–where the death of a troubled girl pushes her one-time boyfriend Brendan (Joseph Gordon-Levitt, who plays a tough-talking semi-gumshoe) to investigate who killed her and why.

Like the genre that inspires the unique linguistic device the film employs, Brick is a detective story where loner Brendan interrogates fellow classmates, winds his way through the school’s drug ring, and dukes it out with tough guys that get in the way of his investigation. It’s a crime noir film brought into the 21st century, and its novel transposing of its elements—its vocabulary, stock characters, and tropes are lovingly kept intact–makes Brick an intriguing and enjoyable update to a faded genre.

In an unnamed city whose citizens have lost the use of their voices, only one woman (known as The Voice) has retained her ability to speak, and she sings on the sole television station in town. Her boss, Mr. TV, is in love with her, and her son–who has no eyes but can also speak–befriends a little girl and her father, a TV repairman. Mr. TV kidnaps The Voice and subjects her to experiments on her voice in his hope to dominate the people of the speechless town.

This just barely scratches the surface of what this highly stylized film is actually “about” (the media’s power to control people is one overarching theme). Produced in Argentina for just $1.5 million, this nearly silent black-and-white film is shot like a German Expressionist film but conveys the unsettling otherness of David Lynch’s Eraserhead or Guy Maddin’s oeuvre.

For fans of strange cinema, La antena is one that’s gone under-the-radar but deserves a watch–however (or maybe because of how) puzzling you may find it.

An imaginative young girl named Helena works in her parent’s small travelling circus, which she begins to resent. She has an argument with her mother, who soon after falls ill and is hospitalized. After she falls asleep one night, Helena wakes up to find herself in a bizarre new world that is inhabited by strange characters, including a juggler named Valentine that acts as her guide.

She is mistaken for the queen’s missing daughter and is taken to the Prime Minister (who resembles her father) and is told that where they are–the City of Light–is being consumed by shadows from the Land of Shadows, and the actual princess from the Land of Shadows has stolen a charm from them, which has plunged the White Queen (who resembles her mother) into a state of permanent sleep. From there, Helena and Valentine navigate their way through this weird world to reclaim the charm and save the City of Light.

This visually stunning film was written by Neil Gaiman, produced by the Jim Henson Company, and directed by the graphic artist David McKean. While the plot follows a simple twist on The Prince and the Pauper, it is also a nuanced look at the psychological inner workings of an young woman feeling guilt, pangs of adolescent rebellion, and trying to resolve inner resentment towards her parents.

But it’s the wholly original world that’s created in MirrorMask that make it a treat to watch (especially when you realize it was made on just a $4 million budget). Suitable for children but with enough uniqueness and artistry to appeal to adults, MirrorMask is an underseen gem from the 2000s.