WARNING: Massive spoilers lie ahead. If you have yet to see Logan, please do so before reading this review. You’ve been warned.

Since 2008’s The Dark Knight, there have been a select few astonishing superhero films. God knows there’s been enough to choose from.

Some favorites of comic lovers and general audiences alike include Captain America: Winter Solider, Guardians of the Galaxy, and Deadpool. Both, behemoths (Avengers) and surprise entries (Kick-Ass) have found success.

But even when you find a film with better heroes than The Dark Knight, one that’s more beautiful, or one with simply more personality, it doesn’t hit all those marks at once or has other areas where it falls behind. People can call Christopher Nolan a hack all they want, but TDK has very few flaws, with the best ensemble cast and single performance (Heath Ledger) in superhero history.

But when stacking up The Dark Knight to anything that’s come after it from all standpoints, Logan comes the closest to matching it.

First, let me point out the faults with the new Fox superhero film. One would be the opposition faced in the film. While it doesn’t spend its majority with some random horde of villains, a la Age of Ultron and several others, there aren’t the greatest villains in Logan. The addition of the Wolverine clone sort of solidifies that this is literally and figuratively a movie pitting Logan against himself. He’s always been his biggest obstacle and that’s not about to change.

In that right, there can even be appreciation found in the aspects that don’t quite hit it out of the cinematic ballpark. The only other problems to be had are occasional CGI missteps and the rare but obvious stretch of the R-rating. With that said, Wolverine does seem vastly improved with an R-rating, like many of the comic fans were yearning for.

So there really aren’t many holes to be found. And there’s even more to love, enough to easily place Logan as the greatest superhero movie since The Dark Knight.

We’ll talk about how great the three characters are together, but Hugh Jackman is the anchor that holds it down and allows it to flourish.

Robert Downey Jr. may be the perfect Iron Man, and Chris Evans turned himself into one heck of a Captain America. But Jackman is a Wolverine nearly a foot taller than the comic character and a non-Canadian, and he still made that character.

He was always the fan-favorite even if he wasn’t the prototypical Wolverine. He still brought along the personality traits of the clawed hero, even if he wasn’t wearing a yellow and blue suit. And though he’s never brought anything less than his A-game in the role, this culmination of his character is the best outing we’ve seen from him.

Finding a single superhero lead performance to match Jackman’s in this movie is a tall order. Christian Bale was never this good as Batman and Evans has never explored Captain America this deep. No other actor has had as many movies with a superhero character as Jackman has had, but that doesn’t make someone the obvious choice.

One of the better ones of recent memory is Jackie Earle Haley’s Rorschach in Watchmen. Despite his black-and-white view of the world, it didn’t create a lack of dimensions in his character. And though Wolverine seems set in his ways, there’s no moment where he has some grand epiphany to change him. He stays true to himself but fights for Laura because of a soft spot buried deep within and a renewed purpose.

That’s where Jackman succeeds so much. His Wolverine can seem like an intense, standoffish a-hole, and to an extent he is. But there’s so much more to this character, and though Xavier is used as a way of bringing out this other side of Logan, Jackman often gives us the undertones himself. That’s the mark of a great performance. 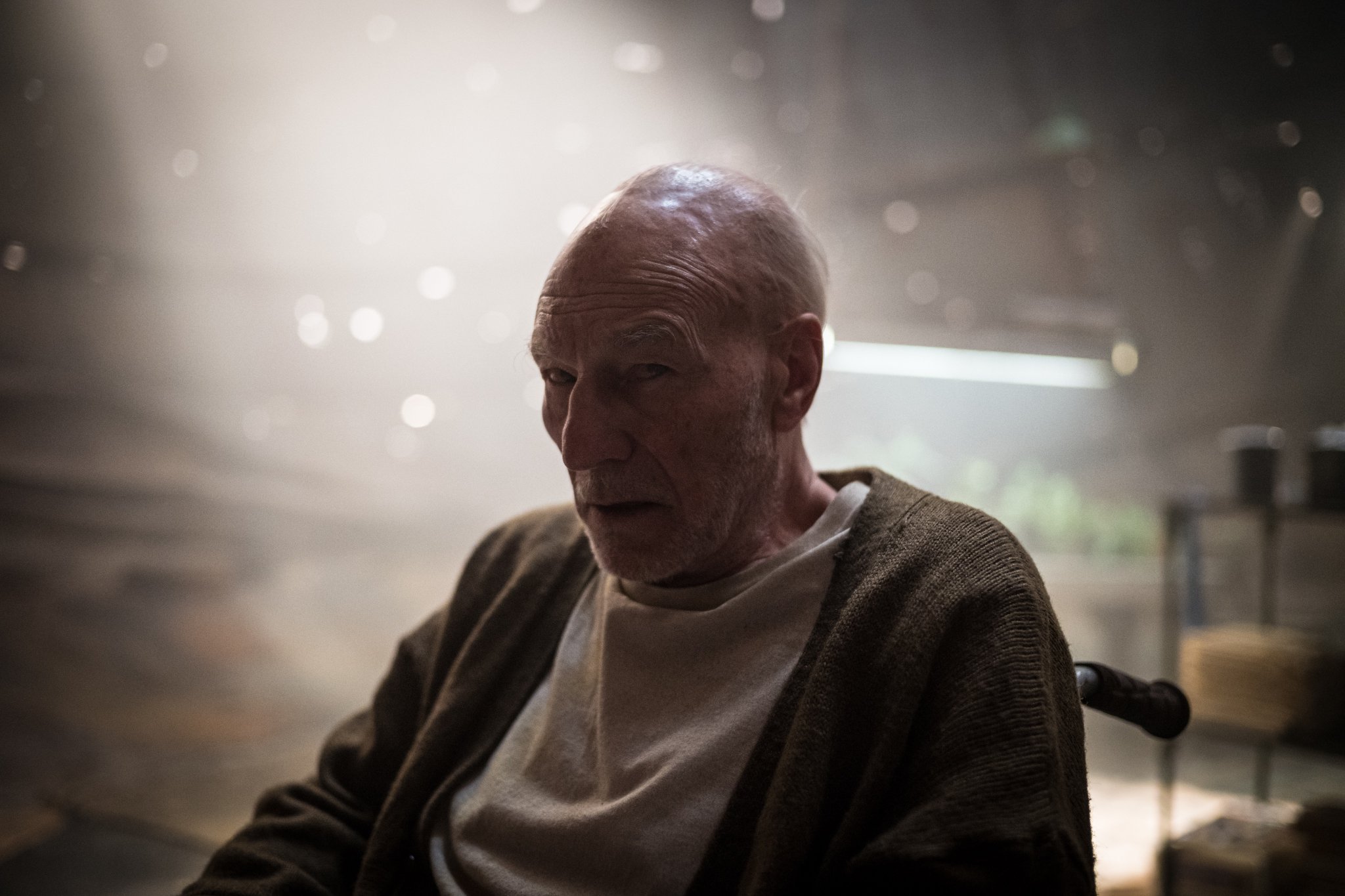 As far as character construction goes, it’s hard to find a superhero film better than Guardians of the Galaxy. It’s full of big personalities feeding off and dishing out on one another.

But with Logan, the feeding off is a bit subtler and provides an incredible arc for the hero. But Professor X isn’t merely there to be someone for the Wolverine to bicker and otherwise have conversation with. He has an entirely different arc, and to have one attached to a man who’s gone and experienced it all, that’s some impressive storytelling.

But the balance the three main characters have is beyond anything we’ve seen in any Avengers movie, and better than anything the Nolan trilogy had either. Sure, the dynamic of Batman with Alfred is great. The Guardians all find a very nice niche within their group and thrive from it. And Captain America and Bucky are a pretty loyal couple.

But to have two characters that’ve already been around each other for so many movies, there was still so much development for Professor X and Logan’s relationship. Yet you could feel that lifetime of history they’d had with one another.

The sense of commitment they have toward one another is as intense and believable as they come in superhero movies. They feel each other’s pain, but Logan doesn’t want to face Xavier’s while Xavier is still embracing and trying to help mend Logan’s. The movie stayed dedicated to what had been established in prior movies with these characters and turned it up a notch. The professor is the compassionate presence this movie needs to balance out the other two heroes.

The way the relationship between Laura and Logan develops isn’t typical and they don’t exactly grow easily into the bonding phase. It takes so long to mature, but it’s easy to understand why because of who it is. Logan doesn’t even care to save her at the beginning because he’s so adamant in saving the professor.

But the slow-burning progression Jackman’s Wolverine and Dafne Keen’s Laura have gets to you no matter how rough their edges are. The peak of their relationship has an emotional payoff that belongs in its own class away from the rest in the genre. When she finally acknowledges him as her father in the end, it has surprising weight to it you honestly don’t see coming.

3. A script beyond expectation

Here’s something else you don’t see in many superhero movies. Not to say Captain America: Winter Solider and Guardians didn’t have sharp and comical screenplays respectively, but many others are full of filler, exposition, and quips.

Logan’s dialogue packs a punch, isn’t afraid to make a little fun of its own comics (“Ice cream for bed-wetters”), lands wherever it needs a moment of levity, and finds emotional weight. For being a “darker” superhero movie, it’s not cold and distant like Batman v Superman or Man of Steel, but finds plenty of life even in a setting that seems void of it.

The banter between Logan and Xavier picks its proper moments to be funny, with Patrick Stewart being quite a wonderful comedic presence when he needs to be. And in all the other borderline miserable parts for the characters, there’s always such humanity in the words expressed.

Once again, the villains part of the script isn’t anything to brag about and are a bit over-the-top. But the hero’s lines are filled with such realistic and layered dialogue. It manages to stay grounded right along with the story and flow naturally to match each moment. There’s so much conveyed with such little said that it never makes the movie seem artificial. 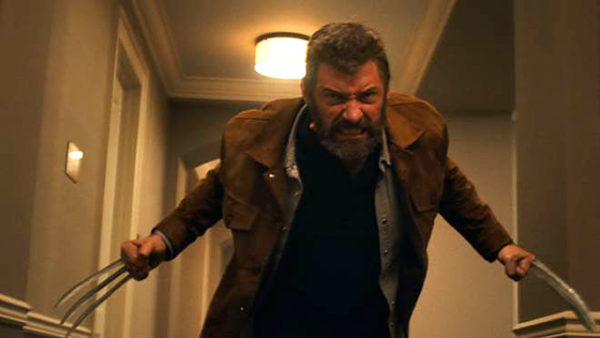 The Dark Knight miraculously came together in nearly flawless motion despite involving so many characters and taking so many routes thanks to the Joker.

Logan takes a more modest and straight-forward approach, but isn’t afraid to take a different angle in the story here and there. It’s not as if its idea is low-concept or that several plot points are all that inimitable. But the farm scene is a fresh take, the addition of Laura isn’t forced, and it strayed away from many of the more formulaic superhero narratives.

Much like Guardians of the Galaxy did, Logan seems like one of those movies the studio let the director have full command of. There are some true creative turns director James Mangold takes in this film, more so than he did in The Wolverine. And much like James Gunn for Guardians, Mangold doesn’t miss on the understated and slightly inventive scenes that end up making the movie as much of a triumph as it is. He had a clear vision for this particular comic’s story, and it shows.

Though many of the Disney Marvel movies are notably entertaining, it’s no secret that they tend to play it safe in story. The only reason you’ll see quite a bit of picking on Marvel here is because there’s not much of a reason to even compare Logan with anything DC has dumped on us lately. But while there might be something memorable in Marvel films when we’re talking about a climactic scene or maybe something so large in scale, it’s in bits and pieces.

But it’ll be hard not to look back in a decade and not remember Professor X’s demise, the ensuing battle on the farm, the racing the train sequence, or the touching turning-over-the-cross scene in the end. In fact, that may be the greatest final shot in any superhero movie since Christopher Reeve smiled at the camera at the end of Superman.

But a handful of scenes isn’t going to make a movie. How they effortlessly connect is what supplies us with as good of a movie as we got. You can have a touching scene of Hawkeye’s quiet life to try and build character, but it doesn’t quite fit as much in a film like Avengers: Age of Ultron as it does in a film like this. 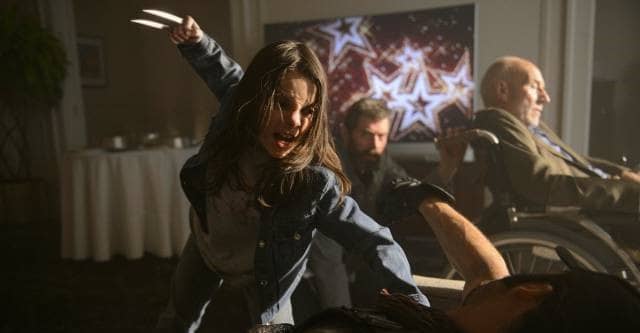 There are a couple of spots in Logan that some may find overlong, but if audiences are as invested they should be, it won’t matter one bit.

Overall, the pacing in this movie is swift without having to rely on action at all times to keep it that way. There’s a lot of it still, but it takes a good deal of time to properly reflect and build character. And it doesn’t seem to be purposefully measured at all, not worried about quickly bouncing from plot-point to plot-point.

With that said, this film is one of the briskest two hours and twenty-one minutes in the theater. Personally, having not known the runtime beforehand, it felt like a movie that had clocked in at under two hours.

Guardians of the Galaxy and a few others fly through their narratives like there’s nothing to it. But Logan does well to disguise a longer movie (by 19 minutes over Guardians) with not much unneeded content. Some of the farm section at the tail-end of the second act could be trimmed a tad, but it’s all fairly valuable and doesn’t feel as if it’s staling the story.