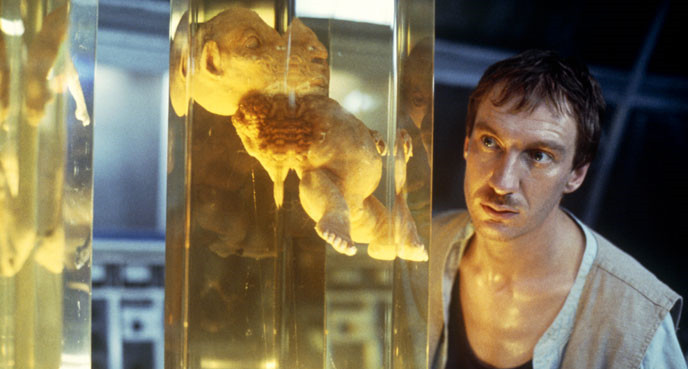 The 1990s was a big, gloriously successful decade for much of the Western world. In particular, the US was going through somewhat of a cultural renaissance, and with a strong economy numerous films were made despite their artistic merit, being funded by venture capitalists who were sure they were investing in the next big quirky hit that audiences would respond to.

The movies on this list aren’t great but they deserve a little recognition simply because they are (mostly) multi-million dollar investments on concepts that don’t make any logical or artistic sense.

Some were big-budget disasters that carry with them the morbid curiosity of how tens of millions of dollars could be thrown at their production while others are more modest affairs that simply should have never been made from day one. Regardless, they are all weirdly both terrible and good at the same time, inhabiting the rare “so bad it’s good” subgenre of film. 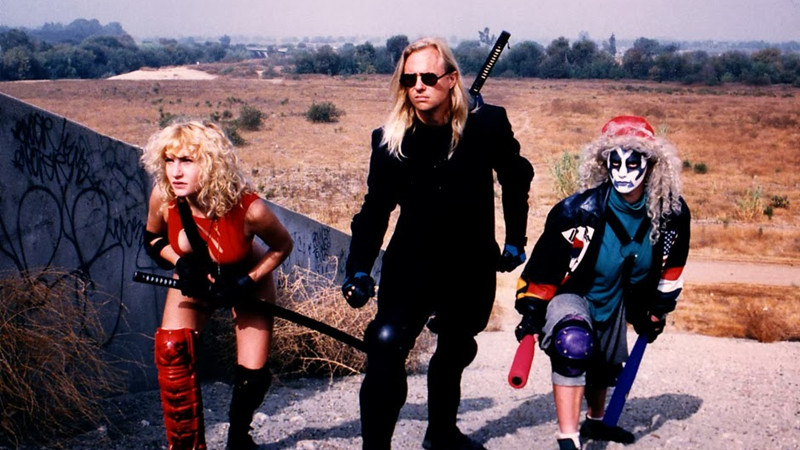 Out of all the films on this list, The Roller Blade Seven is a true indie outlier. Following the adventures of Hawk Goodman, who is sent to rescue his sister in the apocalyptic world of the future, the film takes place in an area known as the Wheelzone, where the only mode of transportation is by roller skates or skateboard. Hawk, of course, travels by motorcycle.

That’s already pretty stupid, but it gets better: before he can rescue his sister, Hawk must take mushrooms with Karen Black (seriously) and learn how to rollerblade. So this is a movie that features its protagonist taking drugs with cult actress Karen Black to learn how to rollerblade. That’s worth the price of admission alone but wait, there’s more! Fighting rollerblading ninjas that inhabit the Wheelzone, he befriends a Kabuki mime with a wiffle bat and a rollerblading banjo player.

To say this movie is terrible is almost unfair because it’s filled with such an amount of craziness that it’s admirable the filmmaker–director Donald G. Jackson, who also directed the cult film Hell Comes To Frogtown–made this movie in the first place. But it’s still a Z-grade movie that exploits actors far past their prime (besides Black, Frank Stallone also shows up as one of the villains, along with Joe Estevez). It’s a fantastically crummy piece of cult art to watch. And if you like it, you’re in luck: the director made two sequels to it!

David Lynch is one of the most gifted filmmakers of the modern era: he’s a master of the surreal and psychological horror with a distinct visual style that’s been hugely influential in cinema. Unfortunately, it doesn’t seem this talent is hereditary, as 1993’s Boxing Helena demonstrates.

Directed by the then-25 year old Jennifer Lynch, David’s daughter, Boxing Helena is one of the most tone-deaf films ever made. Ostensibly trying to mix body horror with high drama, instead the film–about a surgeon’s growing obsession with a woman that culminates in dismembering her limb by limb to look like the Venus de Milo–comes across as a cringe-worthy comedy.

But there’s something fascinating about it nonetheless: from Sherilyn Fenn’s dead-eyed performance to Julian Sands’ ridiculously over-the-top Oedipal surgeon character to a flat, off-kilter style that suggests a blind person was in charge of cinematography, Boxing Helena is a must-see for fans of awkward cinema that pleads with the audience to take it seriously only to be answered by mocking laughter. 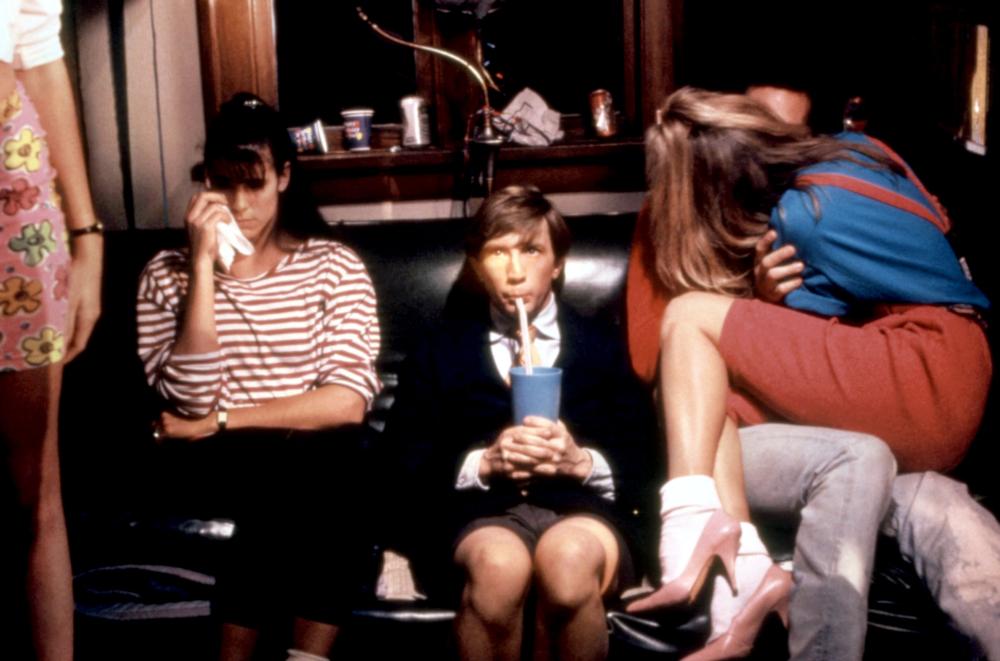 Here’s one of the weirdest comedies of the 1990s: Martin Short–who was 40 when the film was shot–plays mischievous 10-year-old Clifford who, when in-flight towards Honolulu with his parents, forces a plane landing in Los Angeles due to his obsession with visiting Dinosaur Land in California. There, he’s palmed off to his uncle (played by Charles Grodin) and proceeds to ruin his uncle’s life in his single-minded quest to visit Dinosaur Land.

What to say about this movie? Short-as-Clifford comes across as creepy and downright evil, creating a thoroughly hateable character the audience is supposed to find hilarious. The visual of Clifford is downright bizarre, with a clearly adult man playing a boy by wearing short pants and a blazer. When Grodin’s character eventually snaps and comes close to killing Clifford, the audience can only feel sympathy in wanting to watch this awful child’s life get snuffed out.

But there’s something also morbidly fascinating about the film. It’s just such an odd proposition for a film–especially one budgeted at $20 million–that one wonders how it got made in the first place. It sat on the shelf for 4 years after filming wrapped until finally released with great hesitation by the studio, where it sunk like a stone at the box office. It’s still worth a watch for those interested in how a weird, misguided comedy like this comes together. Heck, it’s even funny in its own demented way.

One of the most notorious films of the 1990s is Showgirls. Starring Elizabeth “Saved by the Bell” Berkeley in a post-Bell attempt to be regarded as a serious actress, instead of being a wry adult drama about the struggles of strippers and showgirls in Las Vegas, Showgirls became a high-budget camp film that’s too sleazy and silly to ever be taken seriously.

But its reputation has far outlived actual viewing audiences: while it’s been constantly listed as one of the worst films ever made, how many people have actually watched this movie from beginning to end? Because it’s well worth a watch–especially since it’s a big-budget spectacle of miscalculation directed by Paul Verhoeven, who had previously helmed RoboCop and Total Recall. 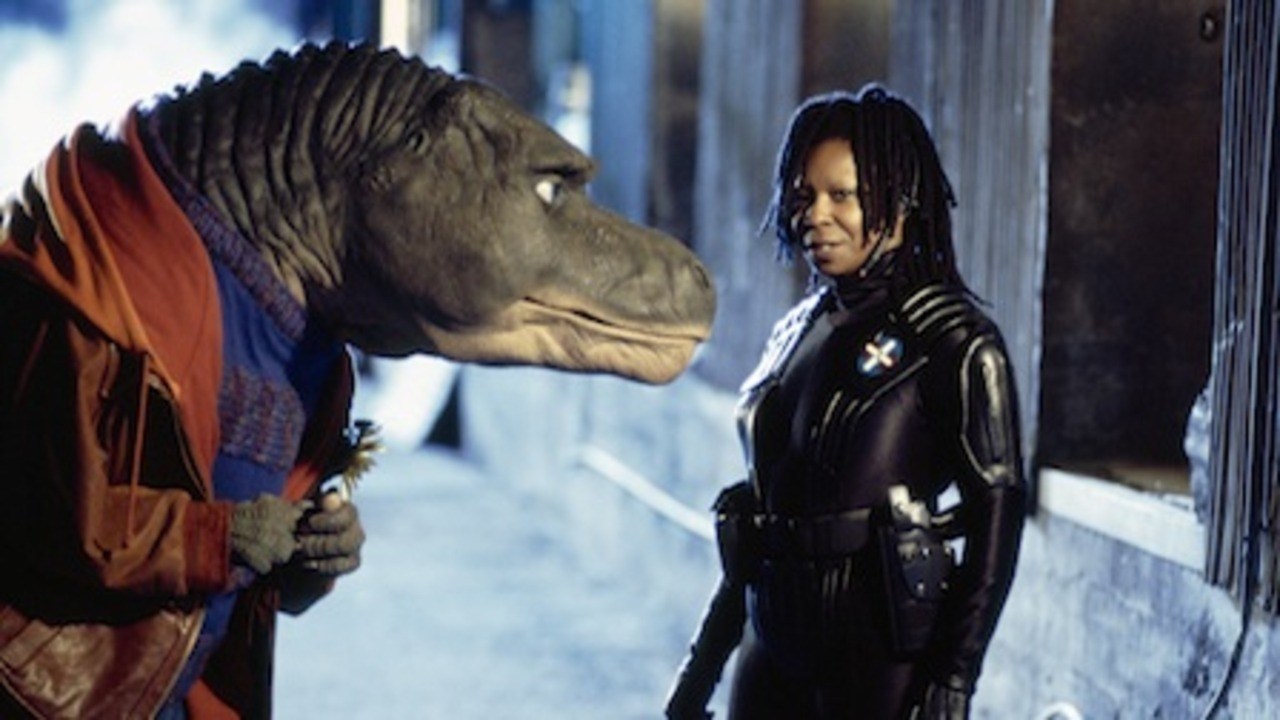 Hey, people liked dinosaurs in the mid-1990s in their films. After all, Jurassic Park made a boatload of money. So what if–and follow us on this one–we had a dinosaur that was also a cop, but it’s the same size as a human being and spoke English? And it’s the future!

This abysmal idea became Theodore Rex, a film that defies logic and good taste. Starring Whoopi Goldberg as the dinosaur’s cynical cop partner (and in a role that ended in a protracted legal battle, in which Goldberg was forced by contract to appear in the film) and some guy in a weird-looking, bulky, terribly articulated dinosaur suit as Theodore Rex, there’s a plot involving sending the planet into a new ice age and other poorly constructed ideas.

Budgeted at over $33 million and ending up being a direct-to-video release, it’s a movie to watch for those who can really appreciate how a bad idea can turn into an even worse movie with the forced participation of its star. While Jurassic Park made you believe that dinosaurs could live again, Theodore Rex makes you wish they would just stay extinct.