When it was announced back in 2015 that Denis Villeneuve was attached to direct a sequel to the science fiction masterpiece Blade Runner public reaction was, understandably, mixed. Questions arose over whether Ridley Scott’s 80s classic really needed a follow up, let alone one that would be released so long after the original.

However, when Villeneuve stepped up to the plate to direct, fresh off his latest hit, Arrival – a science fiction triumph itself, there was a feeling in the air of reluctant optimism.

Fast forward two years later and Blade Runner 2049 hit the screens to rave reviews. The film sees blade runner K (Ryan Gosling) on the hunt for a now reclusive Deckard (Harrison Ford) to uncover a secret that may change human-replicant relations forever, and provoke humanity to revaluate what it is that defines being human.

The film’s success comes in large part due to a three-pronged attack of great performances, Roger Deakins’ mesmerizing visuals and direction by one of the most in-demand directors working today. Villeneuve has secured his place in the pantheon of great directors and crafted an instant classic that, against all odds, matches the original for quality.

The film continues in the philosophical approach its predecessor took, discussing themes of the connection between memory and identity, post-humanism, racism and segregation, technology and socialization, loneliness and sacrifice. The film blends the blockbuster and the -film to such great effect without compromising a story full of twists and genuine heartbreak.

The following list details a body of texts which display a somewhat symbiotic connection to all that makes Blade Runner 2049 such a success. 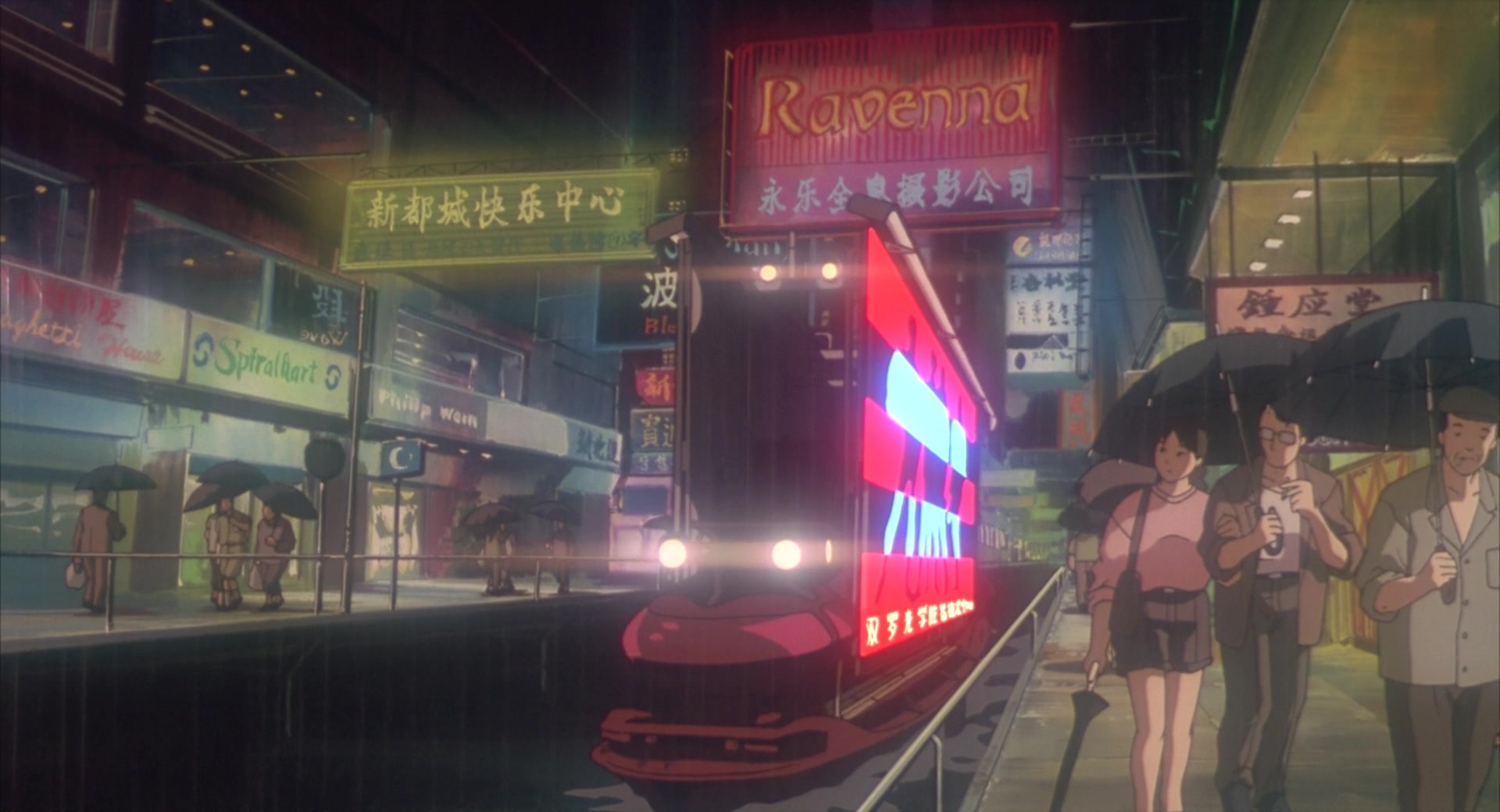 Skip the recent live-action remake and head straight to the original, which shares many themes and visual choices to Blade Runner 2049, and still holds up as not only a classic of the anime genre but of science fiction as whole.

Ghost in the Shell is set in the distant future where technology has advanced so much that cyborgs and technologically altered humans are commonplace. Major Motoko Kusanagi (voiced by Mimi Woods in the dubbed version and Atsuko Tanaka in the original) is a cyborg working for a federal agency, and when she and her partner are sent after a terrorist hacker named The Puppet Master (Tom Wyner in the dubbed, Iemasa Kayumi in the original), she begins to question everything she thought she knew about herself and the organization that made her.

The film covers many of the ideas discussed in Blade Runner 2049, such as how identity is constructed and corporate conspiracy, whilst the protagonists of both films share a stoic bad-assery, which proves endlessly entertaining.

The neon theatre of the Tokyo depicted in Ghost in the Shell, complete with congested streets, towering architecture and an abundance of brightly lit adverts (which would become a staple of the genre), all contributing to a made-for-noir aesthetic, connects it further to Blade Runner 2049 and its depiction of the visually similar and Eastern-influenced future LA.

In 2013, Spike Jonze released a film that contemplates the future of a society dependent on technology and social networking.

The film shares narrative similarities with Blade Runner 2049, in particular the sub-plot of K’s relationship with his holographic girlfriend, Joi (Ana de Armas). Joi is a pre-programmed hologram tied to a computer in K’s home. The two share a loving relationship despite her limitations as a hologram. The relationship presents similar complications to the ones Theodore and Samantha experience.

In fact, a scene in Blade Runner 2049, in which K and Joi share an intimate moment thanks to her synching-up with a replicant prostitute, bears striking resemblance to a similarly themed scene in Her.

The inclusion of topics like loneliness and the perhaps inevitable marriage of relationships, love and technology in Blade Runner 2049 firmly connect it to the similarly ponderous tone of Her.

To reveal too much of the plot of Moon would ruin the impact of its twisting narrative, so here’s a brief summary: a lonely man, Sam (Sam Rockwell), operates a remote lunar base with the help of an emoji-baring robot (voiced by Kevin Spacey). As Sam nears the completion of his duty on the moon he accidentally reveals a sinister secret that rocks his world.

Sharing the similar narrative construct of an average man uncovering a massive corporate conspiracy and having his world turned upside down, the links between Blade Runner 2049 and Moon are obvious. Perhaps most importantly, both films can be considered two of the greatest science fiction films of the last 10 years.

Moon packs a powerhouse central performance from an always in-form Rockwell and delivers a narrative that warns of the dangers of combining great technological advancements with the unlimited power of ethically questionable institutions.

Journey back to the birth of Gosling’s now trademark stone-faced performances. Stoic never looked so sexy.

Drive follows Gosling’s stunt driver who moonlights as a getaway driver, but not just any getaway driver – the coolest and best. He develops a connection with his sweet-natured neighbor (Carey Mulligan) and gets caught up in a whole load of trouble when her ex-con boyfriend returns from a stint in prison.

It is the film that sealed Gosling’s star status, set Winding Refn as one of the most unique filmmakers working today, and can even be credited with showcasing the always reliable Oscar Isaac to the world.

Teeming with a killer synth-pop soundtrack, fever-dream visuals, and a plethora of great performances, particularly from Gosling and Mulligan, Drive is the perfect pairing for Blade Runner 2049’s dreamy, visceral ride. 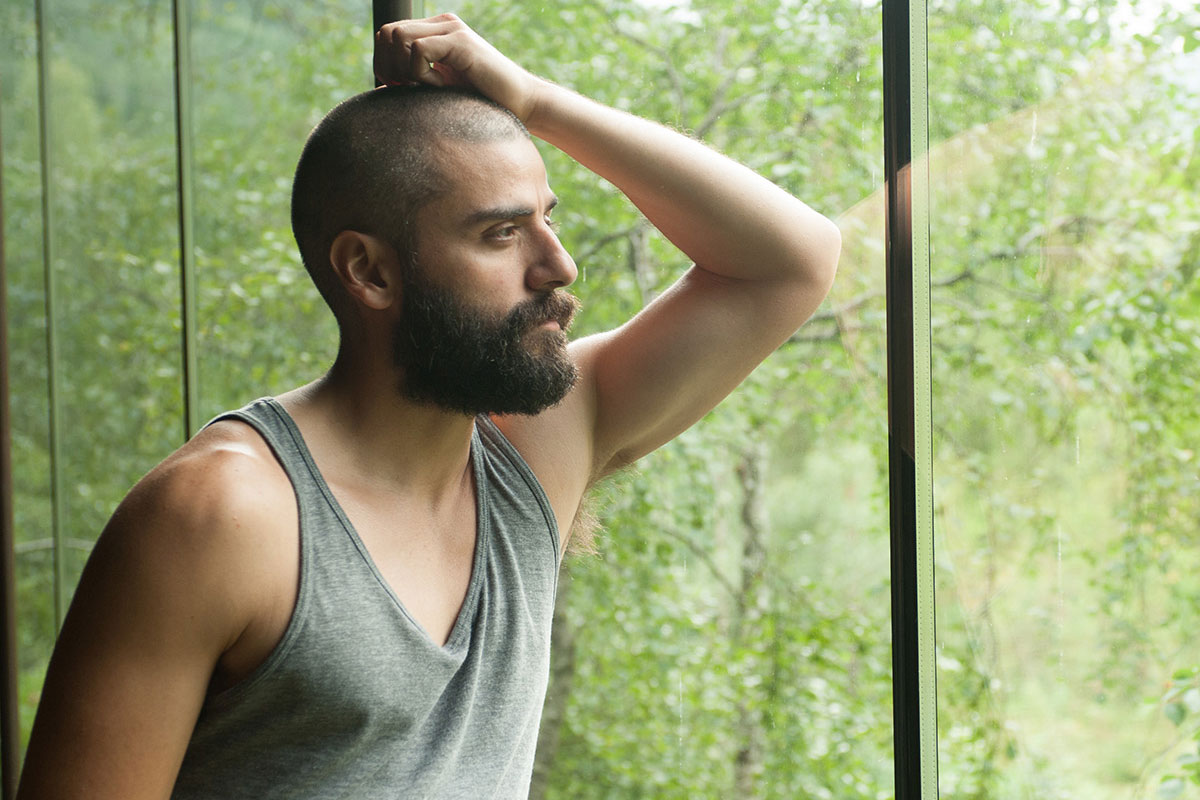 In 2015, making his directorial debut after a successful career working as a screenwriter (28 Days Later…, Sunshine, Dredd), Alex Garland moved into the director’s chair to create an instant science fiction classic in Ex Machina, starring the aforementioned Isaac.

Oozing sharp and sterile visuals, great characters and a plot which challenges the ethics of artificial intelligence, Ex Machina was a surprising, yet welcomed, addition to the pantheon of great science fiction pictures.

When programmer Caleb (Domhnall Gleeson) is selected to meet reclusive tech genius Nathan (Isaac) at his breathtaking resort in the middle of nowhere, he learns that Nathan is not the only person he is meeting… Caleb has actually been recruited to carry out a Turing test on Nathan’s recently created humanoid artificial intelligence, Ava (Alicia Vikander).

Ex Machina boasts an incredible three lead cast in Gleeson, Isaac and Vikander, and has established Garland as a man in demand. The film details many of the themes key to Blade Runner 2049, in particular, the dismantling of the line dividing human and machine.

618
SHARES
FacebookTwitterSubscribe
Subscribe via Email or RSS Feed
Pages: 1 2
Comments (10)
Movies You Should Watch If You Liked “Blade Runner 2049”