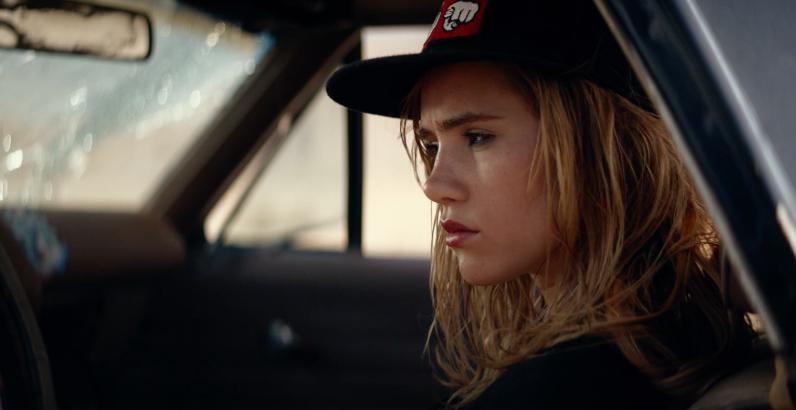 The Bad Batch, one of the few Tarantinoesque movies directed by a woman, was bloody enough to make people leave the screening from the disturbing cannibalistic images. A kind of violence Tarantino would appreciate. Set in a Dystopian society, the movie follows Arlen (Suki Waterhouse), a young woman cast out of society as part of ‘the bad batch’ and is left at the gate to a territory that is “no longer Texas” and where ordinary social rules no longer apply – the only rule here is survival.

Immediately she becomes a meal for the cannibalistic residents and spends the rest of the movie without a leg, similar to Cherry Darling in Robert Rodriguez’s Planet Terror. Her goal is to make it to the Comfort zone ruled by Keanu Reeves, where people stay happy off hallucinogenic drugs. But when she gets there, problems arise. 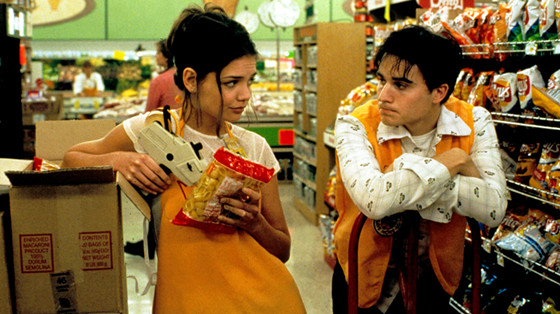 Go borrows largely from Pulp Fiction in terms of both narrative and style. It is a dark comedy with different elements from QT’s most famous movie – the humour, the crime and violence, drugs and sex. The only major difference is that Liman’s protagonists are a lot more down to earth despite living in a Tarantinoesque land.

The main plot follows Ronna (Sarah Polley) who is covering her friend Simon’s (Desmond Askew) shift at the store. Simon also works as a small time drug dealer, selling drugs from the cash register during working hours. So when two of his regular clients Adam (Scott Wolf) and Zack (Jay Mohr) come in looking for a hit, they are surprised to find Ronna there instead. Desperate for more money, she decides to take it upon herself to sell them the drugs.

What she doesn’t know is that the two are in fact spying for narcotics detective Burke (William Fichter) and that she now put herself out on the line. Very similar to Pulp Fiction’s narrative style, the different plots and characters all end up to be connected in one way or another.

Audition is a necessity of the list as Miike is quite an innovator himself as the film began a genre of its own, J-horror. The gruesome plot follows Aoyama (Ryo Ishibashi) who is a widow wanting to put himself back in the dating pool. But instead of going about it the regular way, he organises fake auditions for a production to pick out a date.

The experiment turns out a success and he begins dating one of the girls – the beautiful and reserved Asami (Eihi Shiina). But as their relationship progresses he realises Asami isn’t what he thought her to be; and this is when the movie takes a horrifying turn.

Although Miike definitely has a style of his own incomparable to anyone else, he shares the love for ultra-violence with QT, his movies being considered extremely disturbing, and his Ichi the Killer being one of the major influencers on Kill Bill. So if you are willing to go even beyond the bloodiness of Tarantino’s films, Audition is a good one.

Guy Ritchie’s Lock Stock and Two Smoking Barrels has a lot in common with Tarantino’s crime style like Pulp Fiction and Reservoir Dogs.

The protagonist Eddy decides to earn some money in a dangerous way by joining money with his group of friends and playing poker against crime leader Hatchet Harry (P.H. Moriarty). But they forget to take into account who they are dealing with, as they lose dramatically due to Harry’s cheating methods, leaving the four penniless and with a debt of 500,000 that they have a week to repay.

Finding no other solution, Eddy and his partners in crime decide to steal of their neighbours who are thieves themselves. But as the number of criminal gangs becoming involved in the event rise, Eddy and his friends begin to find it hard to get out of the situation alive.

Not only is Battle Royale a Tarantinoesque film, but it is also ranked as a top favourite by the director himself. That comes as no surprise as the movie embodies everything Tarantino seems to love – blood, gore, a thought provoking and criticising story and of course controversy. The movie focuses on survival and the change of character that comes when a person is thrown into a realer version of “The Hunger Games”.

Set in a dystopian Japan of the near future, in a society where education is no longer compulsory and the young people more than anyone else falling deeper and deeper into despair, a group of school children are put onto a deserted island and are forced to kill each other until there is only one survivor.

If the rules of this sick game are broken it will result in immediate death to all. As the relationships and personal stories of the individual students are explored, it becomes sadder and scarier to watch as the blurred line between right and wrong gets erased further and further.

The long scenes of tension ending with an explosion of blood and limbs will definitely give you QT vibes, and perhaps show an idea of what Tarantino’s movies would be like had he been born in Japan.

2241
SHARES
FacebookTwitterSubscribe
Subscribe via Email or RSS Feed
Pages: 1 2
Comments (15)
Movies You Should Watch If You Like Quentin Tarantino