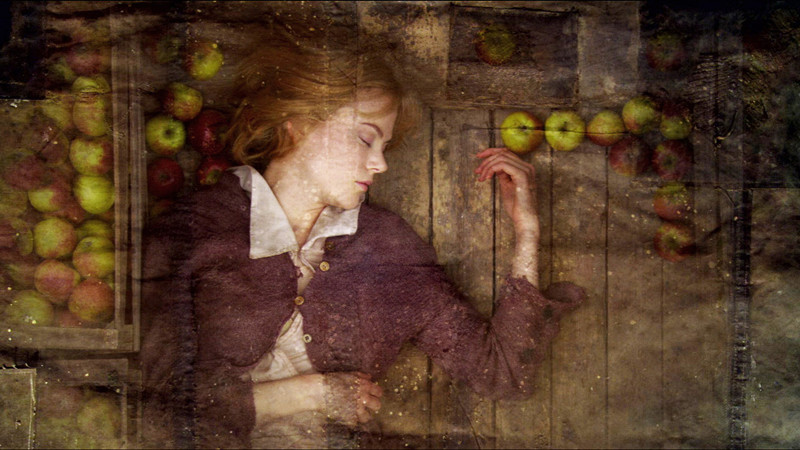 We all know why we are on this website: we all love cinema. We go to the theatre or turn on our home electronics to search for a new flick. We usually go for material that matches our tastes. We like familiarity with our mediums, because our downtime is meant to be quality time.

We don’t want to waste our precious moments on something that may backfire. Yes, many of us use films to escape, and when we pick our films correctly, our experience can become memorable for ages to come. We don’t just deviate from our responsibilities – we have memories created for us.  While we all appreciate our comfort zones, sometimes our joys can be questioned and tested. We see how Hollywood and popular films from all over the world approach the art form through conventionality.

What if there was a list of films that challenged the very notion of what your favourite pastime could be? This is not about watching difficult films. I firmly believe that the ardor of cinema can be strengthened through viewing motion pictures that defy what it means to be a film.

There are some examples within the world of cinema that rebel against the norm with such zeal, that you may very well feel as though you are rediscovering movies again. That kind of euphoria is one of the most rewarding attributes when it comes to being a cinephile.

To help dispel what you may know about films, 10 films have been compiled here to show you that cinema can always be reinvented. This list includes some of the most dedicated filmmakers in history, as all of these pictures were efforts to remind all of us why we fell in love with movies in the first place (all while desecrating the very fabric of what holds mainstream films together). Here are 10 film examples that shatter the very concept of what a film can be.

1. The Act of Killing: How history can be documented

The slaughtering of a million people in Indonesia is a nightmare to even write about. What Joshua Oppenheimer does with “The Act of Killing” is recreate that hell with its many separate layers. Actual squad members that partook in the genocide were included in this project, and they were asked to recreate their murders. The word “recreate” is not used loosely, as these gangsters, who gleefully brag about the ways they tortured countless people, were asked to tell their stories in cinematic form.

While most documentaries rely on evidence and the trust that the truth is being conveyed, “The Act of Killing” may have the most frightening scenes found in any film of this medium.

The chosen few in this film began reenacting the murders by visiting the scenes and tools of the crime. They gradually escalate into more imaginative territories, as their memories of their evil deeds get subsumed by their love of movies. They create surrealistic dance numbers, noir shakedowns, Western standards, and drag musicals.

This clustered film-within-a-film tells a greater truth than any vocal testimony ever could, especially since the new ‘directors’ react to their creation in different ways. Most of them see little wrong with their renditions; one man has created cinematic ghosts that will never leave him alone. “The Act of Killing” is most certainly a documentary, as it analyzes the shattering of both conventionality and morality.

2. Dekalog: How unity can be formed

Krzysztof Kieślowski wanted to depict the biblical Ten Commandments through a new medium. Cinema had been around for decades, and television was beginning to hit new strides. However, films that were ambitiously lengthy were now being placed on television in the form of TV movies and miniseries.

This new phenomenon (at the time) was the perfect outing for Kieślowski, and he did not hold back one iota. “Dekalog” was thusly introduced in 1989, and it was a 10-hour dive into the deepest corridors of humanity.

The sins were not deconstructed in a basic sense, either. The 10 Commandments were reinvented in modernistic ways. When someone murders another, it is evil. Is it still wrong if someone kills out of fear and defense? Is being invested in technology a new form of dismissing God for other idols?

In almost every part, a blue-eyed onlooker observes the dilemmas that plague the revolving door of main characters. We never discover his true identity, but we can imagine he is either one of us or the Lord himself. The project that the majority of the characters inhabit contains its own secrets within each set of four walls.

The biggest breakthrough with “Dekalog” that truly defines this epic was well beyond its years, as if Kieślowski knew the ways the then-upcoming home video invasion would evolve.

The film’s 10 parts are all interchangeable, and they do not have to be viewed in either episodic or biblical order. A multitude of combinations can be created with the amount of parts included. You can create your own preferred playlist of the film, as it loses no value with your interpretation. “Dekalog” is one of the only times watching a film out of order is not a sin.

3. The Discreet Charm of the Bourgeoisie: What a plot can be

Un Chien Andalou is surrealism 101. The name that is often attached to that short is Salvador Dali, but to film enthusiasts, Luis Buñuel is no stranger either. With a series of satirical and experimental features, one picture that has gained new life in recent years is the absurdist comedy “The Discreet Charm of the Bourgeoisie”.

The spread of this cult phenomenon may have to do with the universal agreement that this film is completely insane, but that’s where the humour lies. You witness an uppity group of aristocrats seeking a basic human right: the opportunity to have dinner. The dinner these snobs desire gets ripped from their very hands time and time again for different reasons.

The problems start off as normal situations; for instance, the guests simply came on the wrong day. The problems begin to make less and less sense, like the dinner party ending up on a public stage for the patrons to be mocked. Characters wake up, and the film’s problems start all over again.

In the end, Buñuel is not only twisting the arms of his characters, but he is fooling you as well. You return—willingly—to the ouroboros of the mind, and see the same turmoil happen again and again. Each and every new instance of the royal gathering starving somehow stays amusing.

At the end of the film, you will come to realize that there is no true plot development, aside from the fact that this film’s purpose is to circulate around joyful nonsense for an hour and a half. There is enough of a story to allow you to ferment in the stew of silliness and allow your confusions to dictate the plot’s purpose. The film is a satirical statement on the upper class, but it’s also a prank on the audience that expects life to always deliver to them (much like the hungry guests).

4. Dogville: How a setting can be displayed

Lars von Trier is as controversial a director as one gets. Many of his films are vituperative, with the lead characters often being tossed into a lion pit to fend for themselves. His films often boil down to the lack of decency humanity can exhibit, yet settings often play a big role in his works: the gigantic planet that approaches in “Melancholia”, the deep woods in “Antichrist”, the noisy-yet-musical cityscape in “Dancer in the Dark”.

One of the rare films of von Trier’s to be named after a location (a fictitious one in this case) is “Dogville”, where the setting plays a significant role: there isn’t a setting. Sure, there is a literary location within the story, as Dogville is plopped somewhere in the Rocky Mountains. However, there is barely a visual aspect to this world.

The entire film takes place on a soundstage, with most of the scenery left to your imagination. You get some minor help with your duty, as chalked outlines and cleanly timed sound editing give some hints as to what you are experiencing.

The majority of the world around the vast cast of characters in “Dogville” is created by the citizens themselves. Dogville starts off as a pleasant paradise, where everyone knows your name and sings your praises. The town starts to become squalid when the folks within it begin to become selfish, perverted, and malicious. The soundstage still looks the same, yet the town begins to fall apart within the confinements of your mind.

The point of von Trier’s picture is driven home when you can see scenes of abuse from one side of the set, with the society around said actions carry on their duties within their “houses”; never will you see one turning a blind eye conveyed in such a way. “Dogville” is a risky project that creates and dismantles a world out of a nearly-literal nothingness.

5. Gummo: How a story can be projected

It’s no secret that this will be the most divisive film on the list. Harmony Korine’s first name has proven to be the antonym of movie audiences worldwide, as he is either considered a genius or a hack. “Spring Breakers” may be his most mainstream film (and even that has a severely split reaction attached to it), but he has other highly notable films under his belt. “Gummo” is the film that gets tossed around (almost) as much as “Spring Breakers”, but for different reasons.

The initial reaction to “Gummo” was viciously low. The understanding of this uneasy film has changed over time, with more people understanding the confinements of the story. Stories are usually told with a protagonist being followed, an antagonist acting as a foil, and a succession of events that take place. You can toss in or take away elements, but you would still be contributing to some sort of narrative.

There isn’t much of a literal story in “Gummo”, as the story is an experiment instead. The roughly 90 minutes of dismal living environments, awkward dialogues, shocking activities, and nauseating appearances is, in itself, a tale. This is the take on a world that survived after a horrific tornado. The town would never be the same way again.

Korine perfectly captures the rubble within society and not just around it. These are families that fell apart and were stapled together messily – these are youths that weren’t brought up properly and are now degenerates. “Gummo” may not end up being your favourite film featured here, but it’s still a daring film that gets away with allowing the world within it showcase its looming fates.

2277
SHARES
FacebookTwitterSubscribe
Subscribe via Email or RSS Feed
Pages: 1 2
Comments (11)
Movies That Shatter The Very Concept of What a Film Can Be