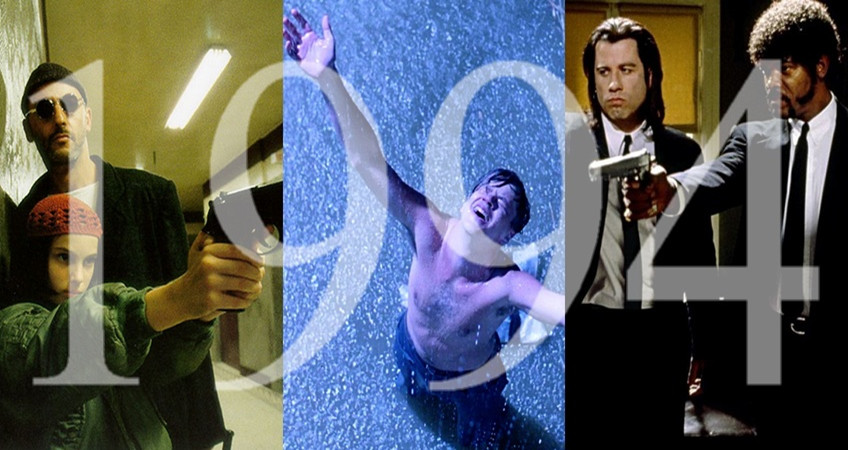 The nineties were a great decade for films, and 1994 was no exception. The Crow, Speed, True Lies, Clerks, Hoop Dreams, Natural Born Killers and Four Weddings and a Funeral, to name just a few of the great films that were released that year. 1994 was a year in film which catered for all tastes, and provided great films for everyone – there was truly an eclectic mix of films released. And unlike some more recent years, the award-winning films of 1994 have stood the test of time.

The following list looks at some films that were released in 1994, and that could be put forward to argue that 1994 is one of the best years in film history.

Synopsis: Mufasa, lion King of the Pride lands, tries to teach his cub Simba about how to be a good ruler and the circle of life. Meanwhile, Mufasa’s brother Scar secretly covets the throne, and makes plans to eliminate Mufasa and Simba, so that he may ascend to the throne.

Memorable scene: It has become one of film’s most iconic death scenes – the moment when Mufasa’s evil brother Scar kills him, by plunging him into a ravine of stampeding wildebeest. This would be a horrible death scene in any film, but it was particularly horrifying for a Disney family film. Not only is this scene memorable for its upsetting visuals and shock factor, it also carries a lot of emotional gravitas and sets Simba on a path of grief, redemption, and eventually – justice.

Trivia: The Lion King is the highest-grossing hand-drawn animated feature of all time, and the best-selling videotape of all time.

Synopsis: Pauline Parker and Juliet Hulme meet at school in the 1950s, and become the best of friends. The girls begin to indulge in an intense fantasy life, to the deep concern of their respective families, who decide that they should be separated. Not happy with their separation, the girls decide to exact revenge, with deadly consequences.

Memorable scene: The opening scenes which show two teenage girls covered in blood, their faces macabrely stained with it, whilst they run through the woods in hysterics and screaming at the top of their lungs, is incredibly intense and effective. The scene ends abruptly, and is not revisited until the end of the film, but is one that certainly stays with the audience throughout the film, and afterwards.

Trivia: Nearly every location used for filming was the actual location where the true-life events occurred. The tea shop where Honorah Parker ate her last meal was knocked down a few days after the shoot ended. When director Peter Jackson and his writing partner and wife Fran Walsh went to research and scout the locations, they were able to locate the exact spot where Honorah Parker was murdered, but decided not to film there, as there was something that didn’t feel right about it.

Synopsis: An idealistic young lawyer working for a Congressional subcommittee in the late 1950s discovers that TV quiz shows are being fixed. His investigation focuses on the quiz show, Twenty One and the rise and fall of popular contestant Charles Van Doren and the fixed loss of contestant Herbert Stempel.

Memorable scene: One memorable and cleverly filmed scene, takes place in a restaurant. In the restaurant, contestant Herbert Stempel is told by the quiz show’s producer, Dan Enright, that he must lose in a particularly embarrassing way. This causes Stempel to lose his fragile composure, and as he realises that the Charles Van Dorens of this world will always be given priority over the likes of him, the camera gives the moment an added feeling of rejection by simply panning away.

Trivia: Actor Ralph Fiennes hoped to meet with Charles Van Doren before filming began, in order to study his accent. However, Van Doren did not want to be involved in the film. Fiennes and a member of the film crew drove to the small town in Connecticut where Van Doren lives, and found him sitting outside of his house. They asked him for directions, so that Fiennes could hear how he spoke. 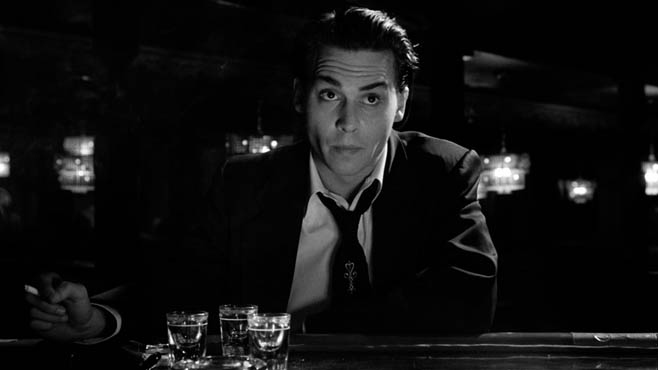 Synopsis: Biopic of the legendary filmmaker Edward D. Wood Jr., whose eccentric habits and bafflingly strange films made him somewhat of a Hollywood outcast. However, with the help of his friend Bela Lugosi and a devoted cast and crew of show-business misfits who believe in Wood’s off-kilter vision, Wood is able to make his cinematic dreams come true, filming his classics “Glen Or Glenda,” “Bride Of The Monster,” and “Plan 9 From Outer Space.”

Memorable scene: There is something strangely effective about the final scene. After leaving Ed on the high of the Plan Nine Premiere and proposing to Kathy, to then have the epilogue show the tragic outcome of Wood’s life and to see that he was voted ‘Worst Director,’ has an ironic and melancholy feel to it, and leaves the audience with mixed feelings about the film.

Trivia: In order to imitate Lugosi’s voice and mannerisms, Martin Landau watched around thirty-five of Lugosi’s films and purchased Hungarian language tapes. With the latter, he would “literally practice the language and see where the tongue would go.” His performance earned him an Academy Award for Best Supporting Actor in 1995. When Hungarian-born director Peter Medak saw ‘Ed Wood’ he called Landau to praise him; saying that his accent sounded spot-on.

Synopsis: Based upon the novel of the same name, Forrest Gump follows several decades in the life of its titular character. Gump witnesses some of the defining events of the latter half of the twentieth century, and makes his own indelible mark upon them. Throughout his life, he inspires almost everyone he meets, but may not be able to reach out to the person he cares about most – his childhood sweetheart, Jenny.

Memorable scene: There are countless memorable scenes in Forrest Gump – a highly iconic and quotable film. One scene that combines one of the major themes of the film – running, and demonstrates Gump’s inimitable character perfectly, is when Gump decides to start running across America. He amasses a following, and even inspires some pop culture phenomenons. One day, he suddenly decides to stop running, saying “I think I’ll go home now.” He simply turns around, and goes home. There is no great revelation, he just got bored of running. Classic.

Trivia: The bench that Forrest famously sits on in Chippewa Square was bought in specially for filming. After the shoot, it was removed and placed in the Savannah History Museum.