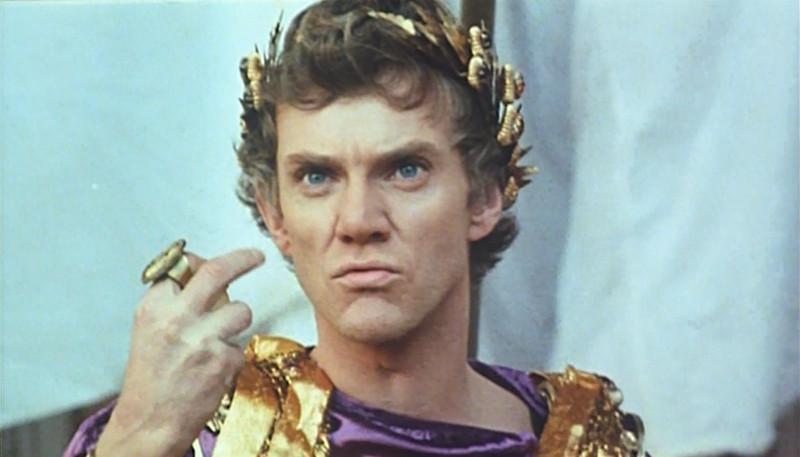 When it comes to film criticism we’re all pretty much students of Roger Ebert. No film critic has ever had as much influence on the minds of the masses than the Chicago Sun-Times columnist, and it’s safe to say none have been as beloved as the Pulitzer Prize winner, either.

In a career spanning about 45 years, Ebert reviewed thousands upon thousands of movies. Yet over four decades of film criticism, the number of zero star ratings he handed out – which were basically the film equivalents of getting an F in school – were surprisingly few. Factoring out movies he considered unrankable – stuff like The Devils and Pink Flamingos and the first Human Centipede movie – Ebert only gave about 60 or so movies his lowest possible rating.

Sometimes his zero star ratings went without protest (in the case of Movie 43 and North, among others) and sometimes, they inspired quite a bit of controversy (in the case of his condemnation of The Hitcher and Wolf Creek.)

While Ebert may have absolutely despised the following ten flicks, others consider these “zero-star” movies to be much, much better than the bespectacled reviewer gave them (practically no) credit for. In fact, some of these films have become bona fide cult classics retroactively revered as cutting edge, ahead of their time mini-masterpieces (or, at the absolute least, incredibly entertaining B-movies that hold up way better than anybody would’ve expected.)

You know that old saying about one man’s trash being another man’s treasure? Well, here’s a couple of flicks Ebert considered pure garbage that you might just consider pure gold instead…

The Plot, In One Sentence: A heartfelt, totally not at all exploitational (wink, wink) examination of slavery and racism in the post-Civil Rights era by the same guys who made the shock cinema classic Mondo Cane.

What Ebert Said: “They have finally done it: made the most disgusting, contemptuous insult to decency ever to masquerade as a documentary … the fact that this film could find a booking in a legitimate motion-picture theater is depressing.”

Why You Should Watch It Anyway: Well, for starters, Goodbye Uncle Tom (also known as Farewell Uncle Tom and several other aliases) ISN’T a documentary, nor does it make any efforts to pass as one. Ironically enough, it’s a movie that came to exist because its director Gualtiero Jacopetti was so upset that critics called his last movie Africa Addio racist that he wanted to make a film that brought the hideousness of slavery in the U.S. to light (remember, this was several years before Roots hit the airwaves).

While it may not be the most sympathetic movie ever made about race relations in the U.S., it’s unquestionably effective at demonstrating the historically accurate horrors of human bondage – which, perplexingly, appeared to rankle Ebert to no end. Furthermore, you really have to give the movie props for its highly unorthodox pacing and structure.

At times, it takes on this incredibly surreal vibe that borders on the psychedelic; the reimagining of Nat Turner slaying his masters – while a funky, disorienting disco beat blares in the background – has to be one of the most amazing B-movie sequences ever filmed. 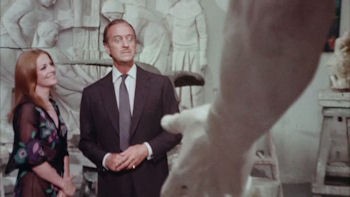 The Plot, In One Sentence: A British man invents a universal language that saves the world, but he’s upset his wife used some other dude’s genitals as a model for his statue so he goes on a worldwide quest for revenge.

What Ebert Said: “In addition to being one of the worst movies ever perpetrated, ‘The Statue’ is based on one of the two or three worst ideas ever conceived for a movie. How it managed to get past the office mimeograph machine, much less get read, financed, produced, acted in and even released, is a mystery maybe only that helpful stranger, with his boundless optimism for bad plots, could explain.”

Why You Should Watch It Anyway: Because it’s actually a great, subversive comedy about marital paranoia and a pretty underrated satire about international politics in the early 1970s. You really don’t see refined lowbrow comedies like this one anymore, which sorta’ plays out like a hybrid early Woody Allen sex farce and Jerry Lewis screwball goof-fest.

Additionally, David Niven and Robert Vaughn turn in surprisingly great performances and – sorry, Rog – the screenplay actually is rather witty and well-written. Maybe we should just chalk up Ebert’s disdain of the film as nothing more than a case of phallic envy?

The Plot, In One Sentence: In the year 2000, the most popular TV show in America is a transcontinental road race where guys dress up like Frankenstein and Hitler get bonus points for running over the elderly.

What Ebert Said: “This is a film about a futuristic cross‑country race in which the winner is determined, not merely by his speed, but also by the number of pedestrians he kills … the audience was at least half small children, and they loved it. They’d never seen anything so funny, I guess, and I was torn between walking out immediately and staying to witness a spectacle more dismaying than anything on the screen: the way small children were digging gratuitous bloodshed.”

Why You Should Watch It Anyway: One of the biggest complaints about Ebert is that he oftens reviews the morality of movies instead of their actual content. His Death Race 2000 review is a perfect example, in which he says virtually nothing about what makes the movie “bad” other than the fact he didn’t like that kids were watching it.

As evident by the film’s highly regarded cult-status today – not to mention its direct influence on about 100 different video games and 100 more dystopian sci-fi films – it appears Father Time has treated the brilliant, no-budget social satire with much, much more reverence than Ebert’s original condemnatory (and strangely self-righteous) review.

Too bad Ebert spent the entire movie watching the audience instead of the screen; if he had, he might have realized he was screening one of the greatest dark comedies of the decade. 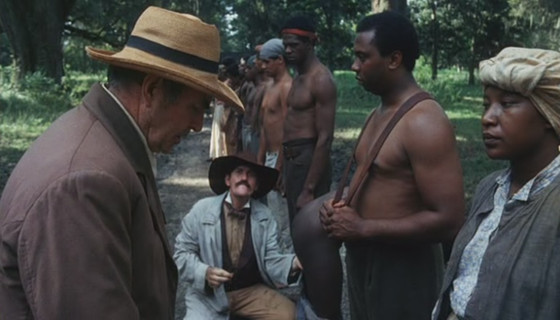 What Ebert Said: “‘Mandingo’ is racist trash, obscene in its manipulation of human beings and feelings, and excruciating to sit through … this is a film I felt soiled by, and if I’d been one of the kids in the audience, I’m sure I would have been terrified and grief stricken.”

Why You Should Watch It Anyway: Mandingo is certainly a trashy film, and depending on your perspective, it may or may not be racially insensitive. Along those same lines, however, it’s hard to deny the film’s beautiful cinematography, and as questionable as the subject matter may be, the ensemble cast in this one just kills it.

James Mason, Brenda Sykes and Susan George all turn in way better performances than they had any right to and boxer-turned-actor Ken Norton is absolutely phenomenal as the film’s eponymous championship slave fighter. You know how some movies are great in theory but terrible in execution? Well, Mandingo might just be the best example out there of a film with an almost inconceivably terrible premise yet surprisingly solid execution nonetheless.

The Plot, In One Sentence: It’s a two hour long samurai/western hybrid starring the dude who played Billy Jack as the sword-wielding protector of a bunch of Indians in California who are about to get massacred by Mexican cowboys.

What Ebert Said: “A film archeologist could have fun with ‘The Master Gunfighter,’ sifting among its fragments of plot and trying to figure out what the hell happened to this movie on the way to the theater … I don’t think there’s any way an intelligent moviegoer could sit through this mess and accurately describe the plot afterward.”

Why You Should Watch It Anyway: Simply put, The Master Gunfighter is about as close as we ever got to a Sam Peckinpah directed blaxploitation movie. Yes, the film does exude cheese out the yin-yang, but at the same time, it’s such an undeniably fun movie that chaotically merges about four or five different movie genres into an oddly appetizing cinematic goulash.

The acting is hammier than a bologna sandwich, but that’s one of the things that gives it its charm; throw in some surprisingly great cinematography, some outstanding action sequences and one of the weirdest pairings in the annals of film (it’s basically Billy Jack vs. Superfly, set during the Wild Bunch) and you’ve got the makings for one extraordinarily entertaining guilty pleasure.